More often than not, the term “Soulslike” seems to irk dedicated players of FromSoft’s seminal hardcore RPG series, Dark Souls. While any successful franchise is bound to court imitators, lumping titles like Lords of the Fallen or Remnant From The Ashes in with the nigh-on indomitable influence of the Dark Souls trilogy seems disingenuous, to say the least. Referring to notoriously difficult action role-playing games — or any particularly challenging game regardless of genre — as a “Soulslike” feels akin to calling FPS titles like Homefront or Rogue Warrior “Call of Duty-likes;” it’s technically correct, but implying these things are similar in terms of quality or legacy feels insincere.

Of course, that’s not to say that all so-called “Soulslikes” are bad. In fact, many of them have garnered excellent reputations and rabid fan followings in their own right. While most recognize that releases like Nioh, Hollow Knight, and Code Vein could never equate to the absolutely titanic impact of the series from which they borrow, they’ve done extremely well in their own niches and arguably shouldn’t have to live under the shadow of the Souls games. 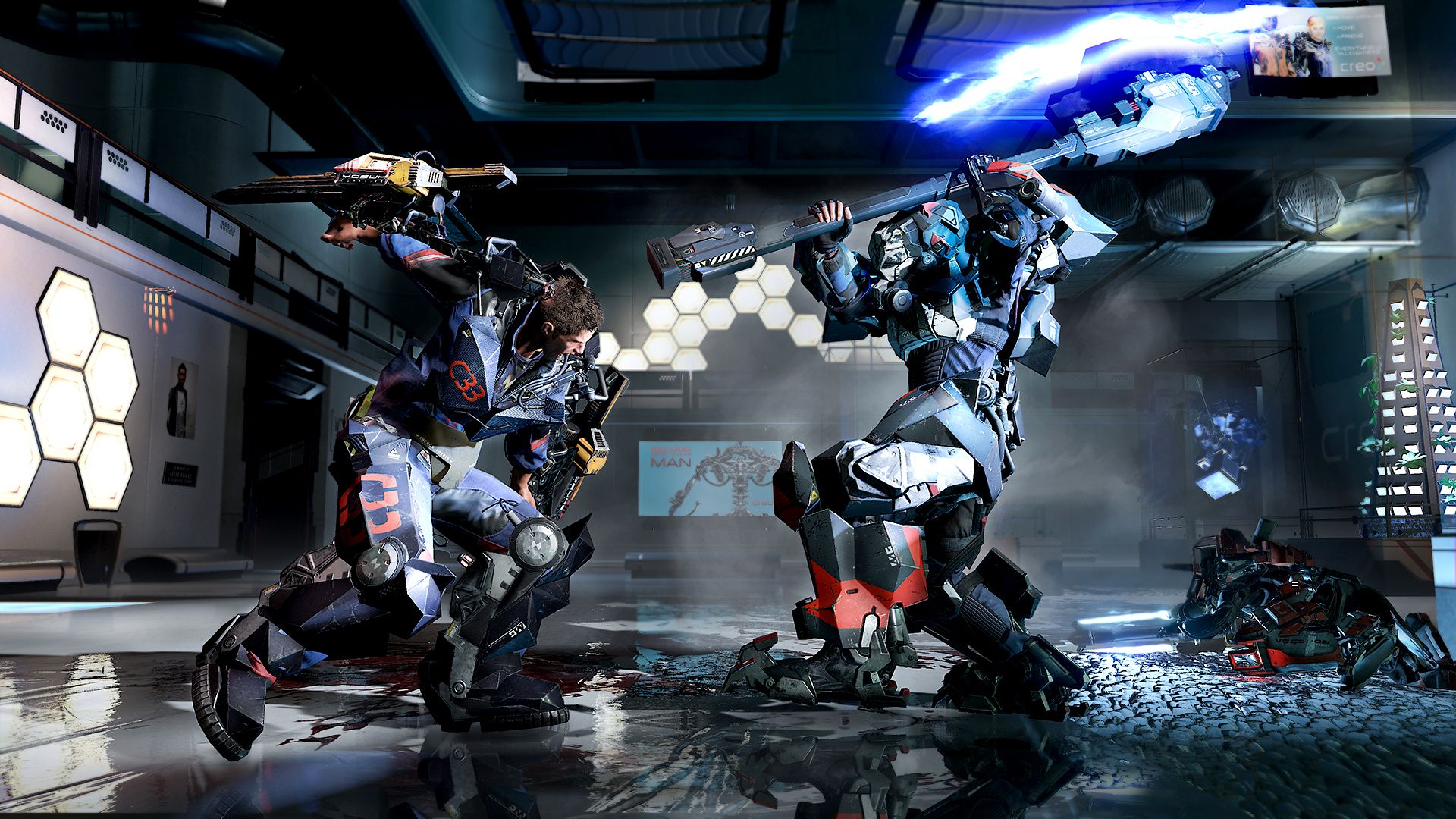 Enter Deck 13’s 2017 cyberpunk RPG The Surge. A spiritual successor to the aforementioned flop that was Lords of the Fallen, this new take on the burgeoning genre was met with mixed reception, largely because it was made to stack up against the at-the-time brand-new Dark Souls 3, and, while it could never live up to one of the most anticipated releases of the 2010s, The Surge deserves to be recognized for pushing the genre forward and forging its own path in a gaming space so eager to imitate.

The combat in Dark Souls 3 is perhaps the best seen in FromSoft’s recent output. It refined the relatively clunky controls seen in the first two entries in the series, and it doubled down on the epic encounters and risk-versus-reward gameplay Souls fans had come to know and love. What’s more, it offered a slower, more methodical pace when compared to the frantic, visceral combat featured in Bloodborne, though it remained far more intense than the stealth-oriented gameplay seen in 2019’s Sekiro: Shadows Die Twice. 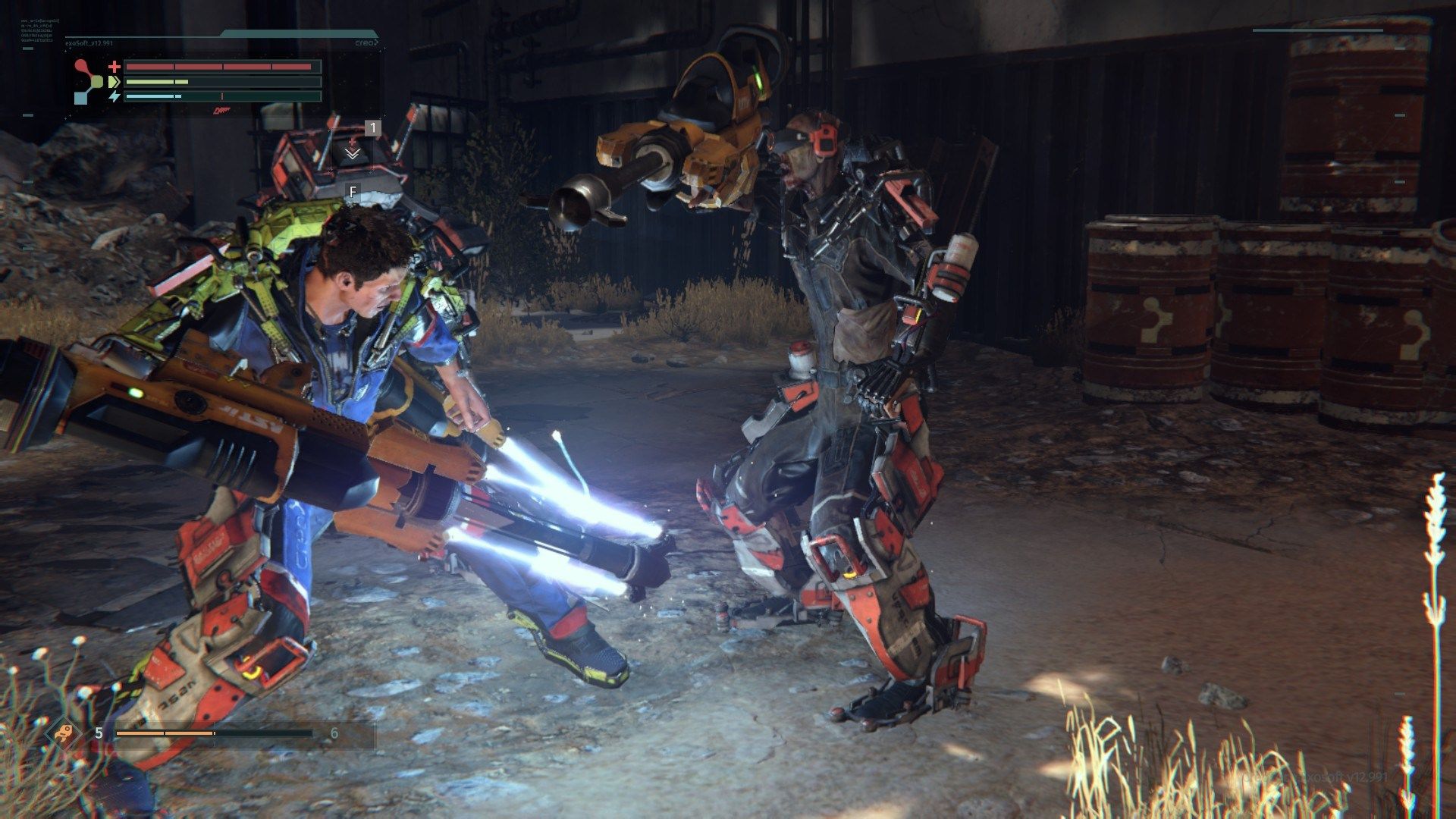 While the combat system employed in The Surge may seem like a complete rip-off of FromSoft’s blueprint, it adds a key innovation in the limb targeting mechanic. The limbs, chests, and heads of enemies can individually be targeted, with the player being forced to prioritize unarmored appendages in order to maximize damage.

However, dealing enough damage to a specific area will allow the player to chop that piece of armor off of the enemy’s body and take it for themselves. This adds an extremely satisfying extra layer of depth to what would otherwise feel like vanilla souls-like combat, and, outrageous of a claim though it seems, we’ll give the edge to The Surge.

The third Dark Souls title features one of the most in-depth and well-written narratives in gaming history, so much so that some players have dedicated hundreds of hours of their lives to combing through small environmental details and seemingly innocuous item descriptions to earn as deep of an understanding as possible. Mostly obfuscated for players who don’t seek it out, Dark Souls 3’s hidden plot threads and storylines are really what make it so unique and memorable. 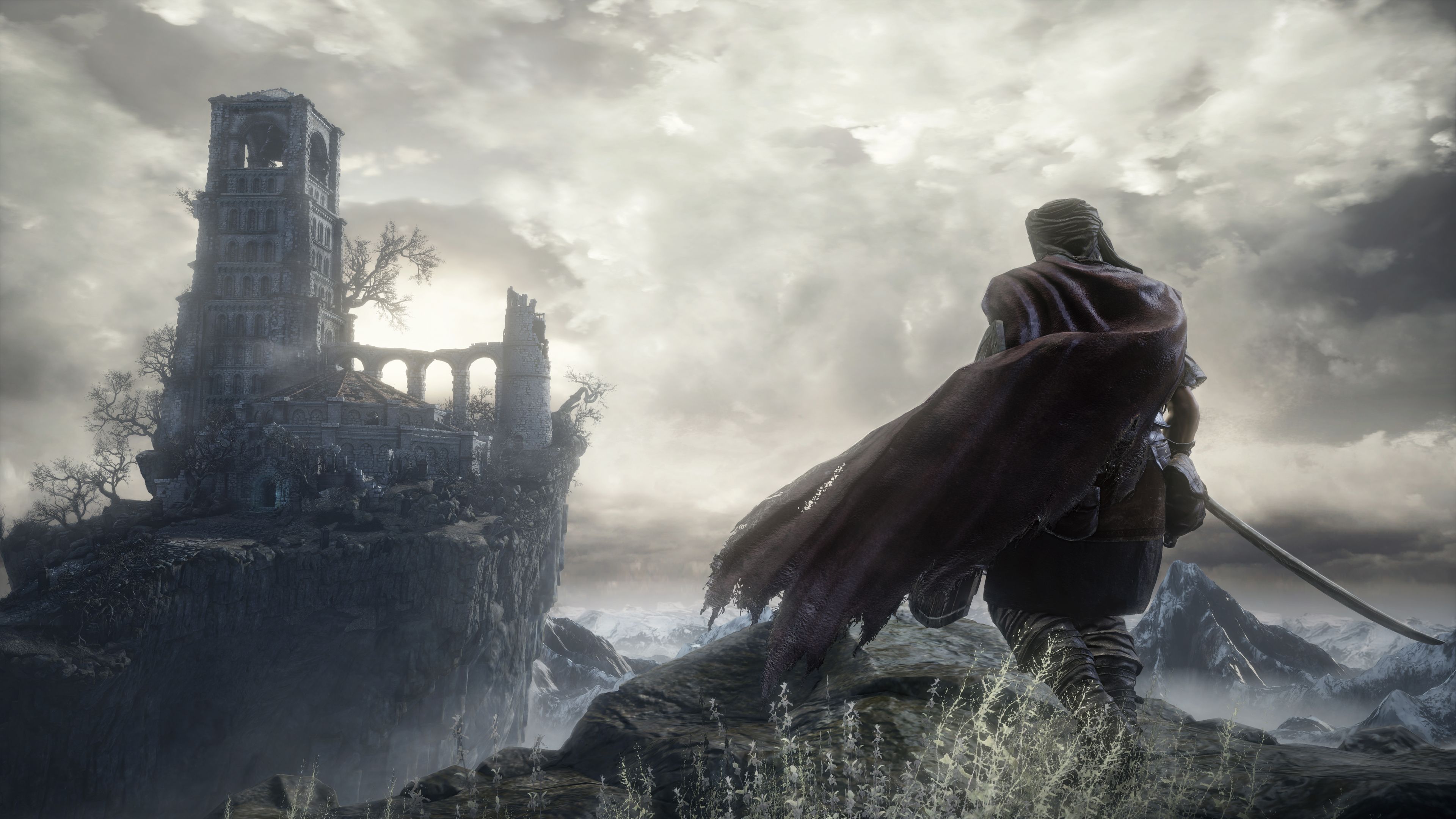 The Surge attempts something similar, though the story isn’t nearly as interesting. A Weyland-Yutani-esque corporation is doing some supremely shady stuff in the name of rescuing humanity from a global climate crisis, but an inexplicable power surge causes their machinery to go haywire.

The protagonist, known simply as Warren, is thrust into the chaos and tasked with figuring out and putting an end to the madness. It’s a bit deeper than that, but the narrative lacks the gravitas and intrigue seen in any of the Souls games, and, though it introduces a twist or two in the late game, it really isn’t all that memorable. Dark Souls 3 is the clear winner, here. 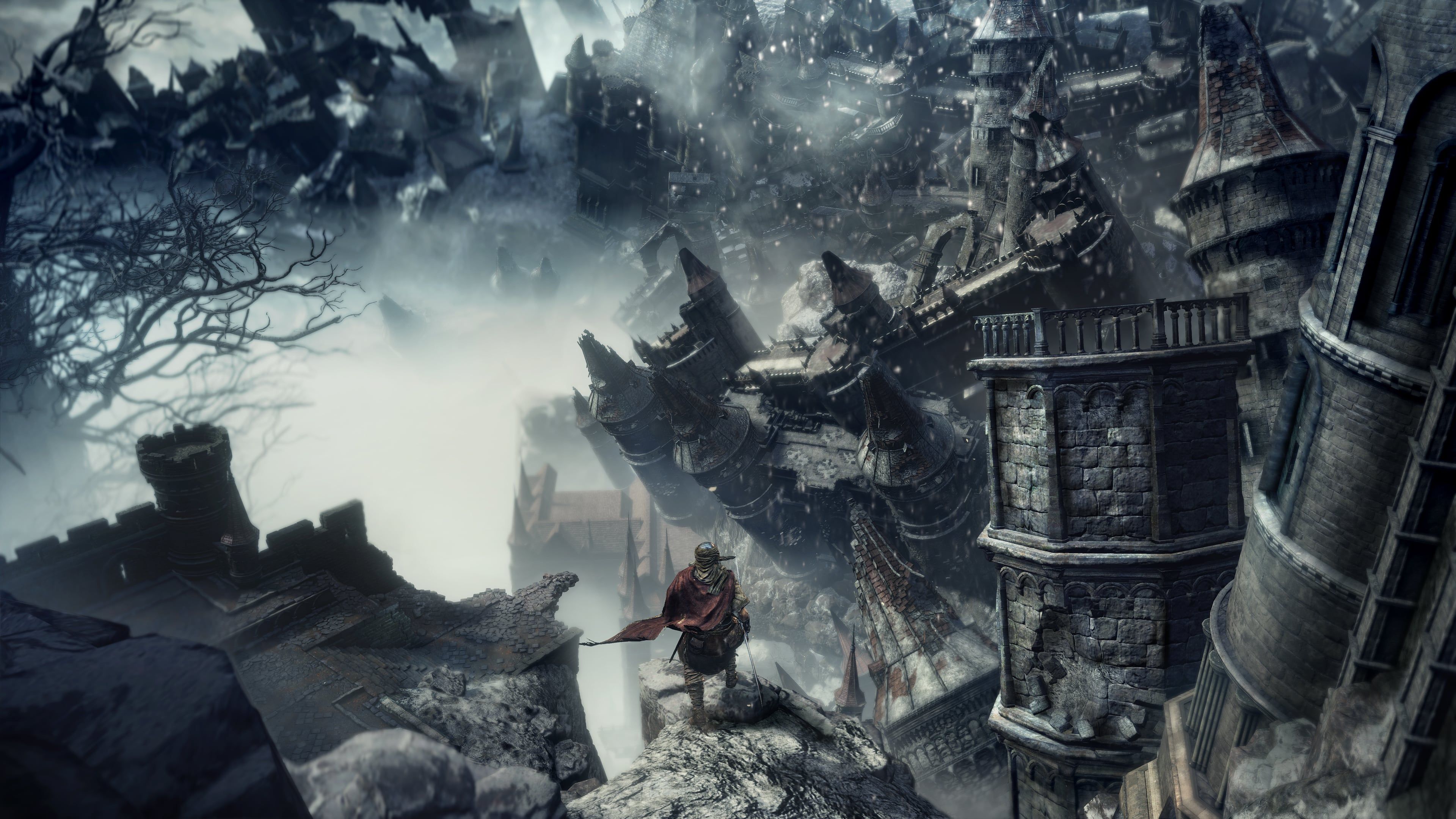 While it lacks the intricate, interwoven level design of the first game, Dark Souls 3 is far from linear and allows for a good bit of exploration. Paths often twist and take surprising turns, and it’s not uncommon for players to unlock a new door and subsequently exclaim “oh, so that’s where this leads.” Additionally, from the heights of Lothric Castle to winding streets of Irithyll of the Boreal Valley and the gnarled, almost Lovecraftian feel of The Ringed City, Dark Souls 3’s environments and level design are universally unforgettable.

The Surge borrows quite a bit from Dark Souls in terms of its level design, though it never feels like more than an imitation of FromSoft’s work. Levels do loop around themselves and interconnect, and shortcuts abound, but the game is more or less evenly split into around six main areas, with a flow-breaking train system taking players from place to place.

It’s by no means a poorly-designed game, and some of the later areas do feel considerably sprawling, but The Surge could never really hope to live up to the masterpiece that is Dark Souls 3 on this account. 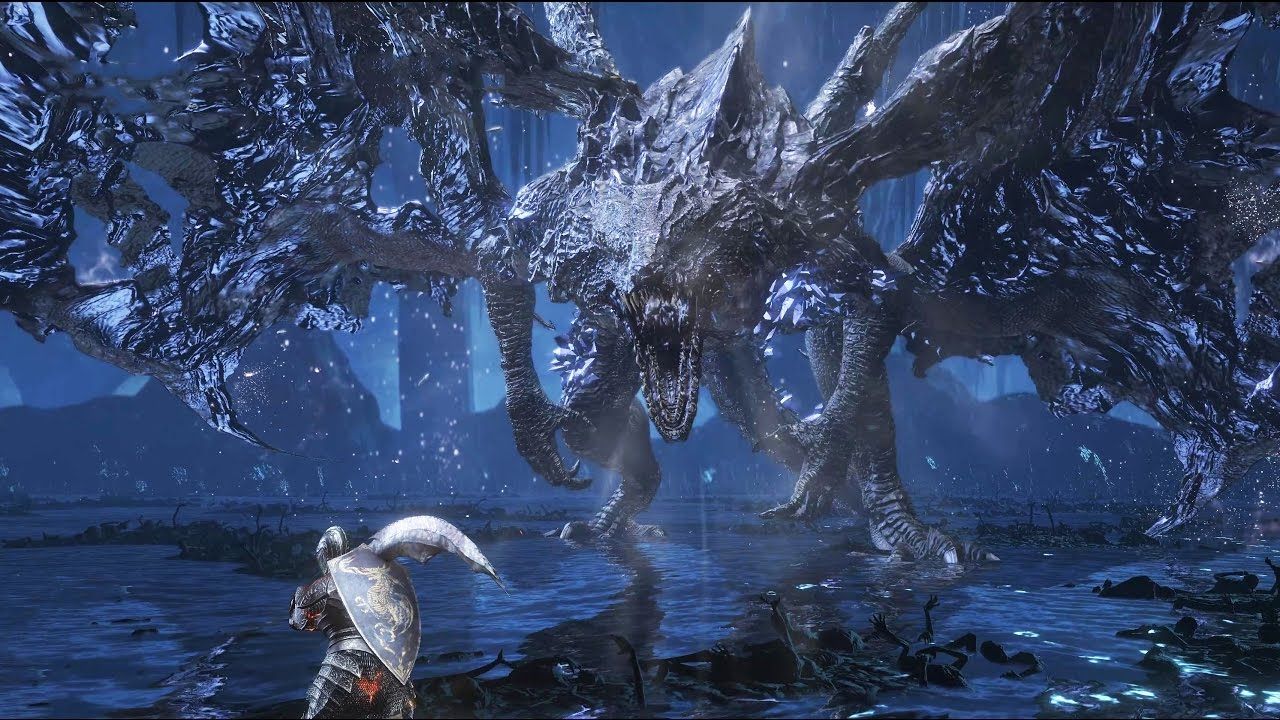 Bosses are the brand and butter of every “Soulslike” title, and Dark Souls 3 offers up some of the most epic in the entire series. Though many would likely argue that the fights against Sif, Gwyn, and the ever-infamous Ornstein and Smough from the first game can’t be topped, Dark Souls 3 features memorable battles against The Nameless King, Darkeater Midir, and The Soul of Cinder.

Unfortunately, The Surge’s greatest weakness is in its boss variety. Counting the two DLC releases, there are only 10 boss fights total, with the only truly memorable one being the final showdown against Rogue Process. Though The Surge may feature the more robust combat system, when it comes to boss fights, it unquestionably falls short. 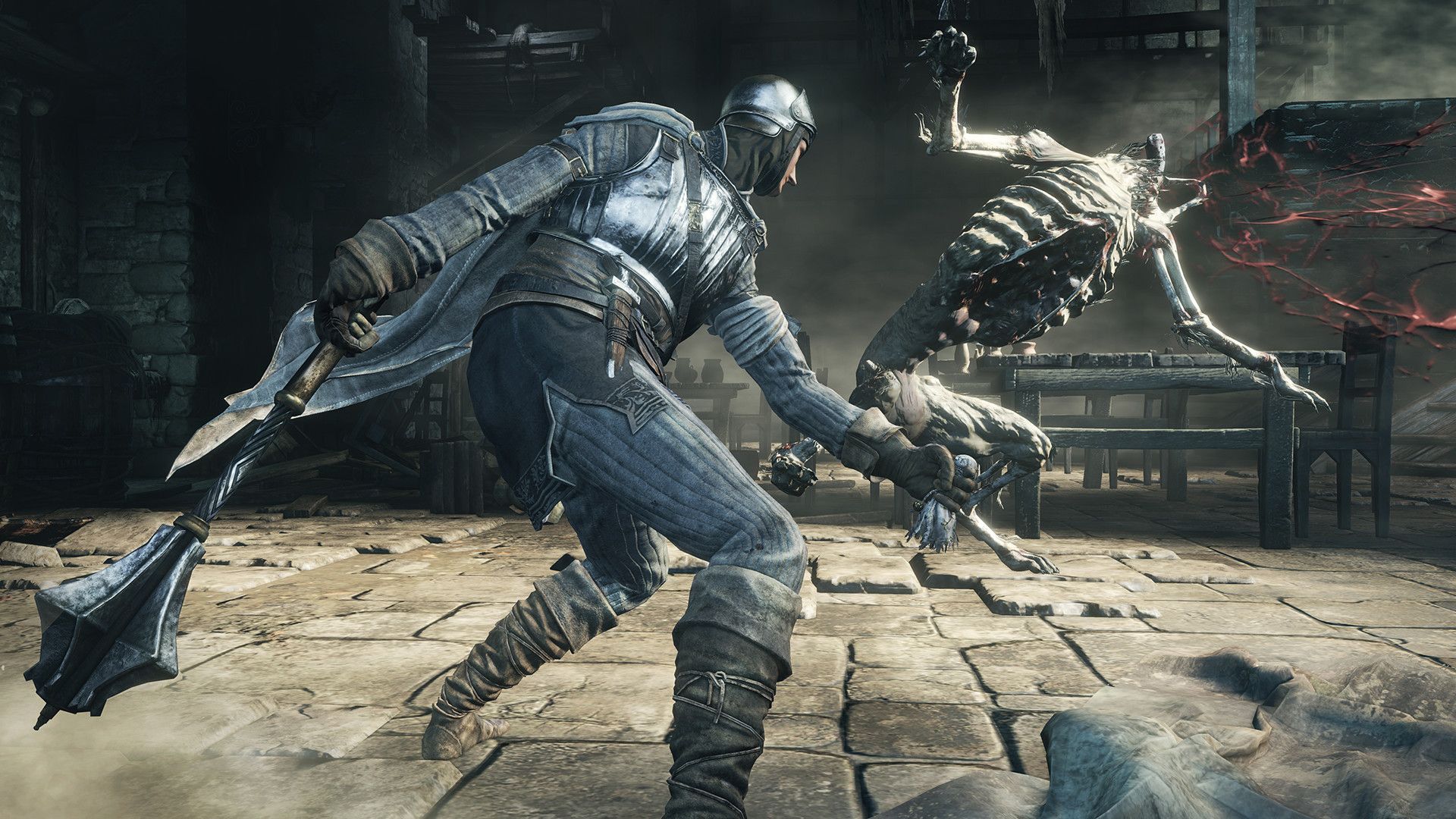 We don’t want to sound like complete fanboys; fantastic as it is, it still has issues in a few places. That being said, it remains arguably the pinnacle of the “Soulslike” genre, and it’s tough to imagine a developer other than FromSoft themselves ever topping this excellent effort.

Deck 13 is definitely deserving of some credit, though. They seem to understand the nuances of what makes Souls games so appealing, and, perhaps with a bigger budget, they could take what they’ve learned from The Surge and its sequel and develop something that could rival the beloved Souls franchise.