Going map to map in an effort to hunt down Elite Marks or spending days on end camping out special Boss FATEs can be particularly tedious in Final Fantasy 14. Yet plenty of players take on this challenge to score themselves some sweet loot, whether that’s special items from FATEs, coveted titles, or rare mounts that show everyone just how many Hunt Marks they’ve put to the sword. They’re like NFTs except useful and not ugly monkeys and oh my god they are nothing like NFTs please stop comparing in-game cosmetics and skins and items to NFTs for the love of the Twelve.

Anyway, Elite Marks and special FATEs have specific spawn windows and conditions. Once defeated, they won’t spawn again until a certain number of hours have passed, at which point their windows open. Then, specific requirements must be fulfilled, such as killing a certain number of monsters or completing prerequisite FATEs, but doing so does not guarantee that they will successfully spawn. Sound like a lot of work? Don’t worry. Fortunately, there’s an incredible resource that FF14 players can turn to in order to cut down some of the legwork.

Moogic Moo, the creator of Faloop, started the website in 2017 as a simple S-Rank window tracker for the Tonberry community, with the website and Discord server allowing players to track spawns, chat with one another, and have the Discord bot ping when Hunts were reported in.

“I never actually intended it to ever grow beyond this purpose,” Moo explains. “We never advertised or broadcasted its existence; but slowly, spawner communities on other worlds heard about it and asked if they could hook into it as well. Things didn't really start growing until world-visit was released and you had to start thinking in DC terms instead of world terms. Discord servers started becoming more popular because the game could not provide good solutions to broadcast things around at the scale that was needed.

“So that led to two things: lots of new spawners across Elemental coming on board to use the site, and a pivot in our purpose to become a public resource to help solve those limitations via Discord. The Faloop site and Discord started being shared around publicly at that point. Then, more and more DCs started taking notice and asked to use it too!”

Faloop has boomed in popularity and is now considered to be the pinnacle when it comes to resources for Hunts and FATEs. If you join a Hunt Train or stumble into a zone where players are tackling an S-Rank, Faloop is going to get mentioned by someone eventually. Camping out a Boss FATE? Someone is likely to mention the ToD or window based on Faloop’s information.

“I think the biggest contributing factor towards Faloop's growth was its ‘hybrid’ nature,” Moo says. “It offers the strengths of both private Google Sheet trackers — reliability and trust of information — and public trackers, [where] anyone can see and benefit from the info, and have the means to ask to help out. It was also flexible enough to accommodate every DC's very different cultural approach towards hunting so the communities using it felt like it was something ‘slotting in’ to their existing processes. The way Chaos uses Faloop is different from the way Light does, and both are different to Gaia and Mana, et cetera.”

Moo is solely responsible for maintaining the technical side of the website, which has undergone multiple UI revamps and improvements over the years. He also has plenty of plans for the future, such as developing the A-Rank side of things and other quality of life improvements. Moo also has plenty of help when it comes to ensuring Faloop runs smoothly, with others helping to spawn Hunts and FATEs, conducting Hunt Trains, or moderating the Discord.

Part of what makes Faloop so successful is that it is the result of collaboration between many players across all worlds and data centers, working together to keep the information as up-to-date as possible. When new expansions launch, it’s naturally an all-hands-on-deck situation to discover new Hunts and FATEs, where they spawn, and what prerequisites you need to complete first. With the recent release of Endwalker, it meant there was a host of new monsters for the Faloop community to discover. 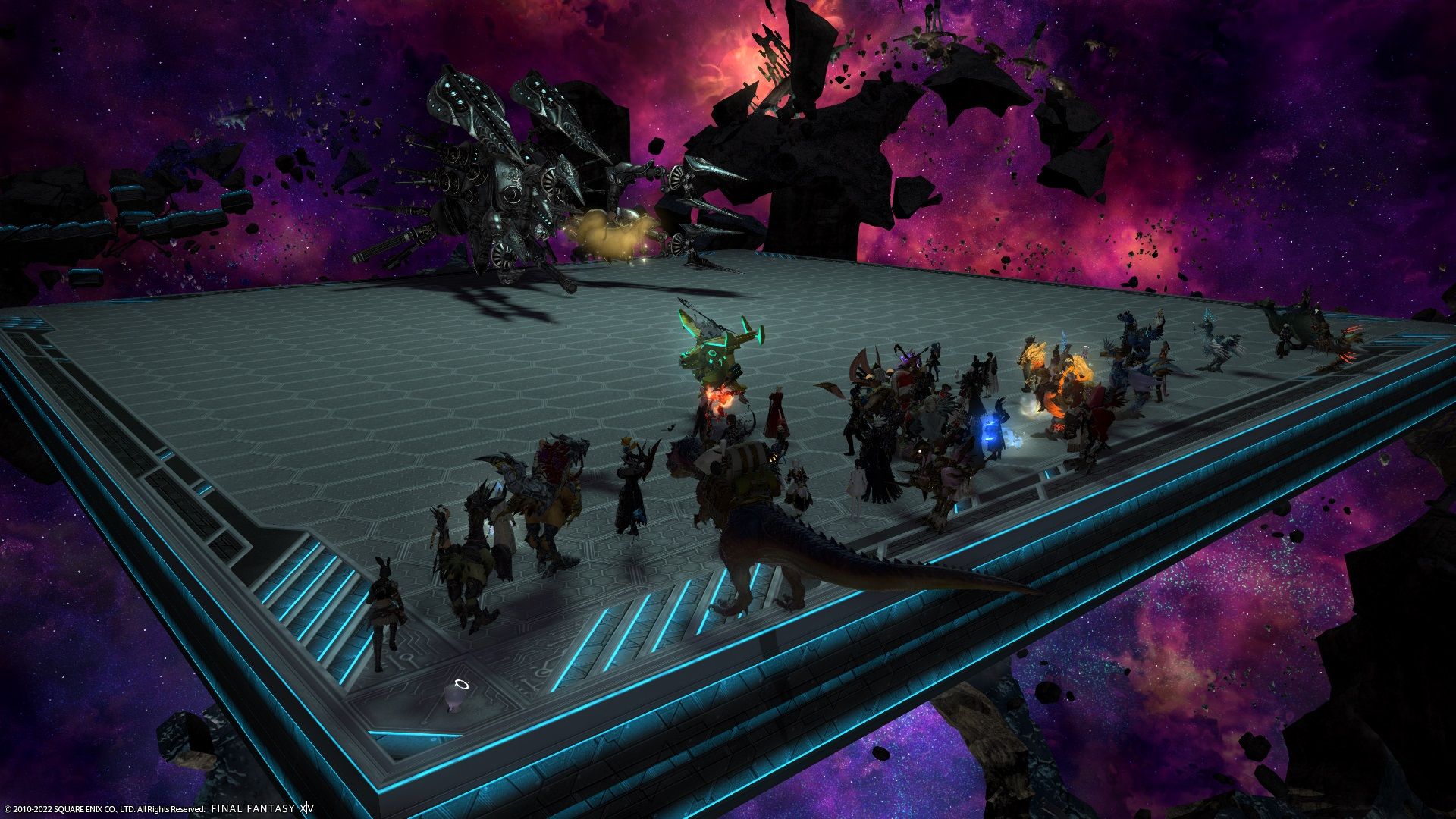 “This is one of the advantages towards having so many of FF14's spawners all together in one platform: you've got a lot of brains talking to each other to try and figure everything out,” Moo tells me. “With S-Ranks, the game gives you hints from the NPC to guide you in a direction of what it could be, and after that, it's just throwing many many darts at the wall to see what sticks. Unfortunately, a lot of triggers are repeats of previous ones, so these days they don't stay hidden for very long as people attempt the obvious things. Narrow-rift was a refreshing change of pace in EW!

“With FATEs, things are even simpler: the data mining community usually finds the boss FATEs very early, and it's either just pure RNG for spawn, or there are other FATEs alongside it that sound like a chain, and after a couple of days of playing around with it, it's pretty easy to confirm any prerequisites. Boss FATEs tend to just have two windows these days, so it's just a matter of finding out which one uses the longer 36-72 one, and which one uses the shorter 24-48 one. At least we thought so. SB and ShB had one and the other, but EW ended up having both at the longer 36-72, so we still get surprised every now and then!” 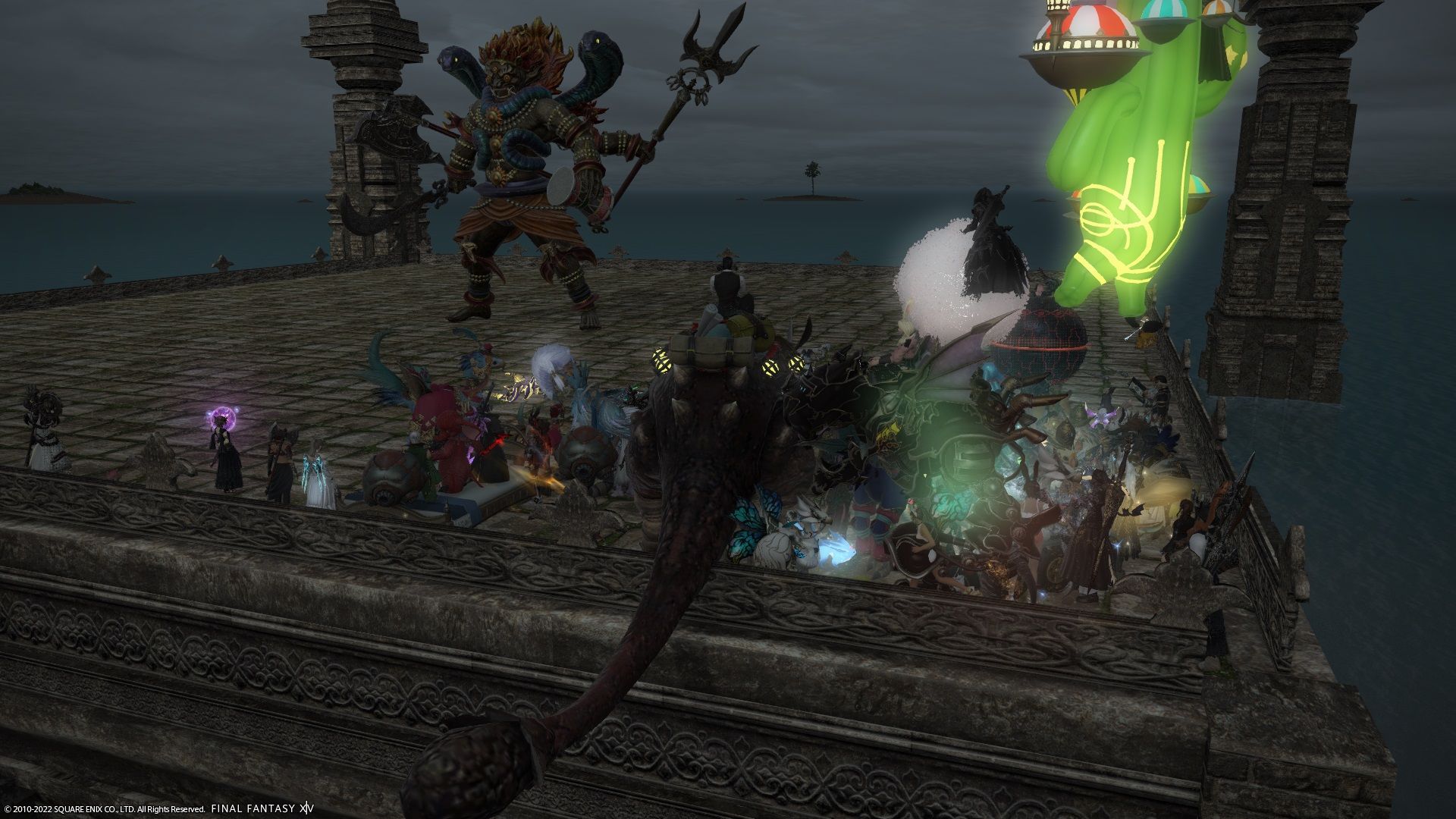 Moo has been playing the game since the start of 2.0 but his commitment to Faloop means he gets less hands-on game time. Additionally, in keeping the website as up-to-date as possible, Moo’s often dealing with spoilers before he gets to experience things for himself.

“This time around with EW, the site struggled a lot more than normal under the weight of the traffic it was being subjected to, much like the game itself,” Moo explains. “That means I had to spend more time than usual putting out fires than playing the game at all. It took me a month to get through the MSQ.

“My main wish is that they would stagger the release of all S-Ranks until a later patch like they do the ones in the starting zones, so Hunters don't have to feel pressured between enjoying the story and enjoying being part of that rush of figuring out new S-Rank triggers that only happens once every two years.”

Moo doesn’t often get to experience the thrill of the Hunt firsthand anymore as he dedicates himself to running Faloop, but he still recalls earlier content that proves far more challenging than any of the more recent expansion additions. 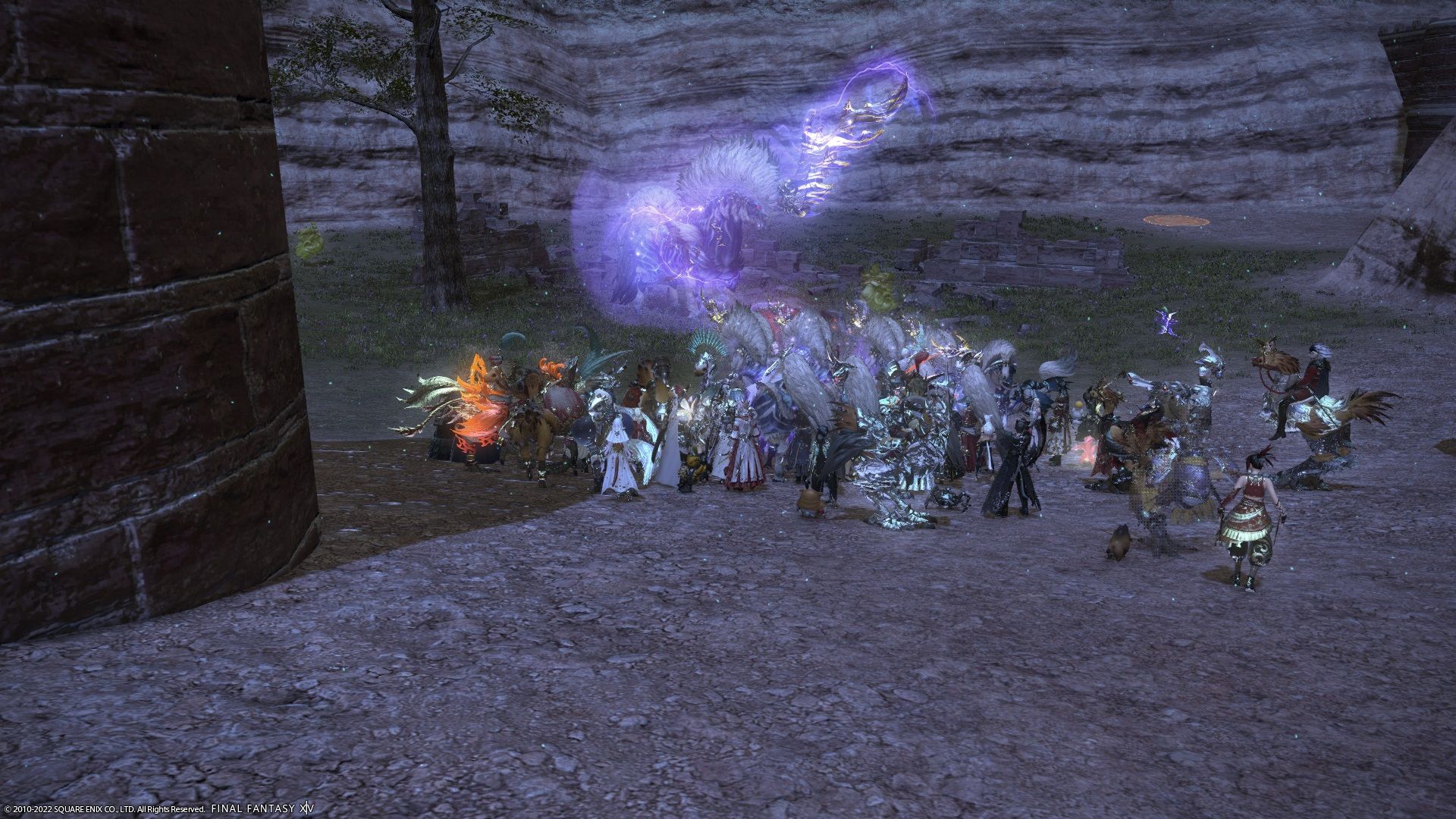 “Any spawner will understand this answer: Pale Rider took the longest for me to spawn,” Moo tells me. “The map spawns — Pale Rider and Agrippa the Mighty — are notoriously bad, and you either have amazing luck knocking them off your bucket list early, or it takes you forever. After HW, spawn triggers became simpler by comparison — or difficult in other ways, like grinding — so no other S-Rank took too long for me to successfully spawn myself.

“FATEs are mostly RNG, so luck on that front is more how successful you are at camping. I don't camp boss FATEs a whole lot, but I remember having amazing luck with Ixion on SB launch. Back then, it took many more kills to get enough for the mount, and I just happened to get lucky with instances and spawn attempts on Salt & Light to be present for a lot of the early kills, and for a while, I was one of the few on Tonberry who had the mount.”

Fortunately for the rest of us, Faloop is there to help us tackle these Hunts and FATEs that are known to be particularly challenging. If you want to stay up to date with Hunts and FATEs in your data center, be sure to check out the Faloop website and Discord server.