Final Fantasy 7 Remake is a game defined by loss. Shinra Corporation is ridding the planet of its natural resources and dooming it to an early grave, all while citizens are forced to either abide by its corporate whims or doom themselves to squalor in slums crammed beneath megacities designed to forget everyone but those at the top.

While the world itself is a pure representation of globalised loss, it’s the smaller stories throughout Final Fantasy 7 that hit this sense of loss home. Cloud Strife is constantly forced to confront memories of a burning Nibelheim, the friends and family slaughtered at the hands of Sephiroth as traumatic flashbacks pull him from reality time and time again. For a young mercenary twink barely pushing 20, he’s seen some shit.

While Aerith is yet to meet her end in this rebooted universe – and part me is convinced she shouldn’t – we still witness the passing of Jessie, Biggs, and a handful of other characters who were always destined to meet their demise as the Sector 7 pillar collapses and murders all those unable to escape. It’s classist genocide, Shinra happy to kill thousands of its own citizens to further its capitalist gains instead of seeking to make the world a better place. 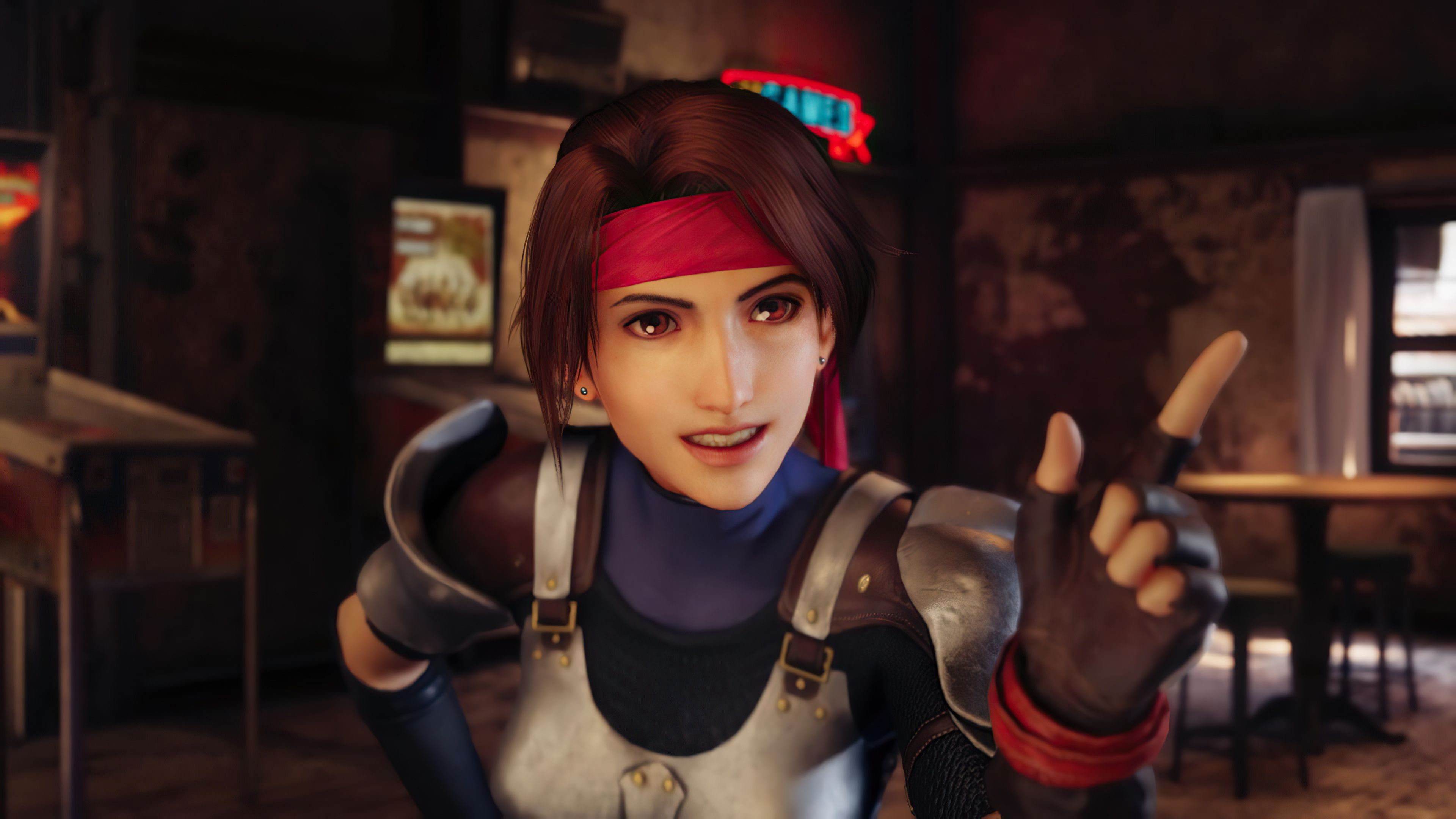 It’s evil to a comical degree, but Final Fantasy 7 Remake is such a perfect mixture of stylized melodrama and emotional honesty that all of these moments hit home. This reimagining takes the time to flesh Jessie and Biggs into characters we love and care about. They aren’t just filler personalities for the opening mission and a few dialogue boxes like the original game, they’re walking, talking people with their own motivations and flaws.

An early chapter sees Cloud abandon Tifa and Barrett altogether, accompanying Jessie, Biggs, and Wedge on a romantic motorcycle chase to the upper city for a surprise visit to the former’s parents. Sadly it isn’t a friendly visit, it’s an excuse to steal her sick father’s ID Card and break into a Shinra warehouse in search of valuable materials. Despite their nefarious true intentions, this brief window into the lives of supporting characters makes them feel alive, like freedom fighters who were forced into this life through necessity. Jessie was once a successful actress, a girl with dreams of performing around the world until her father grew ill and convinced her that Shinra needs to be taken down if anyone wants to achieve true happiness. It’s tragic, and you can tell people amidst the upper city aren’t inherently evil, they are merely finding comfort in a system that is unfair to everyone. 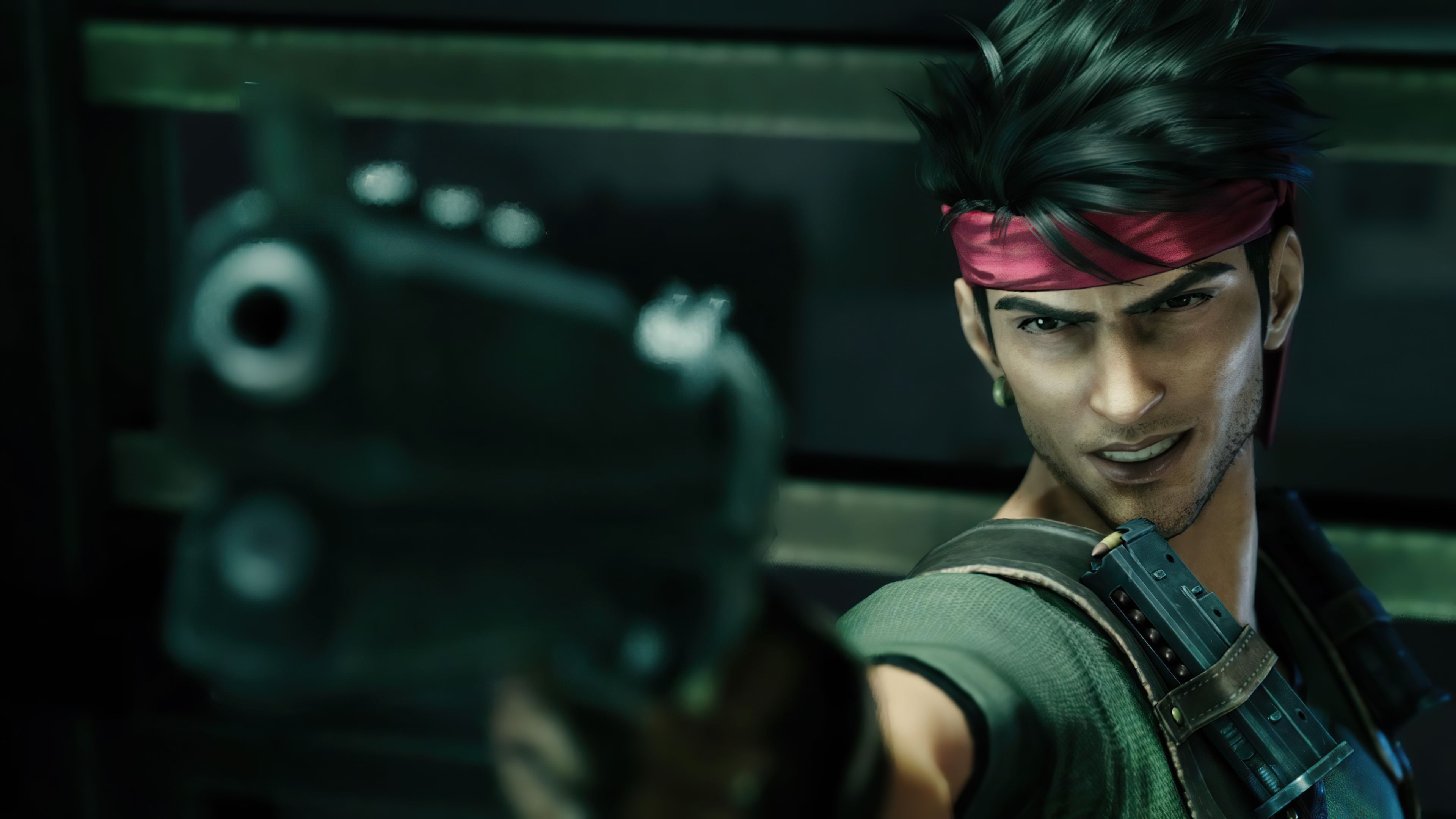 Comfort is hard enough to find in this world, so can we really blame those lucky enough to be educated or employed by Shinra for taking advantage of such a career path to raise a family or guarantee safety? Final Fantasy 7 Remake does such a wonderful job of representing this dichotomous ballet between bastions of society that couldn’t be more different. Cloud and friends feel like outsiders, aware of their unruly presence and how it could bring danger to those they care about. I mean, they’re terrorists. There’s no two ways about it, regardless of how the media paints them. People died in that reactor explosion intended for the greater good, and the game doesn’t dance around it.

When Jessie and Biggs eventually bite the dust fighting for what they believe in, it hits so much harder because we know what they’re leaving behind, and that the better world they’re so desperate to see will be little more than a footnote on their gravestones. Final Fantasy 7 was brave because it wasn’t afraid to kill off major characters with no way of bringing them back – Aerith included – but the remake reinvents the universe in such a fundamental way that the impact of these original decisions now risks being diluted. Wedge doesn’t die, for one. We see him beneath the reactor plate with his cats, but he survives and ends the game in Shinra HQ as it’s being swallowed by a bunch of weird ghosts. He’s alive, that much is clear – meaning he will play a role in the coming sequel. 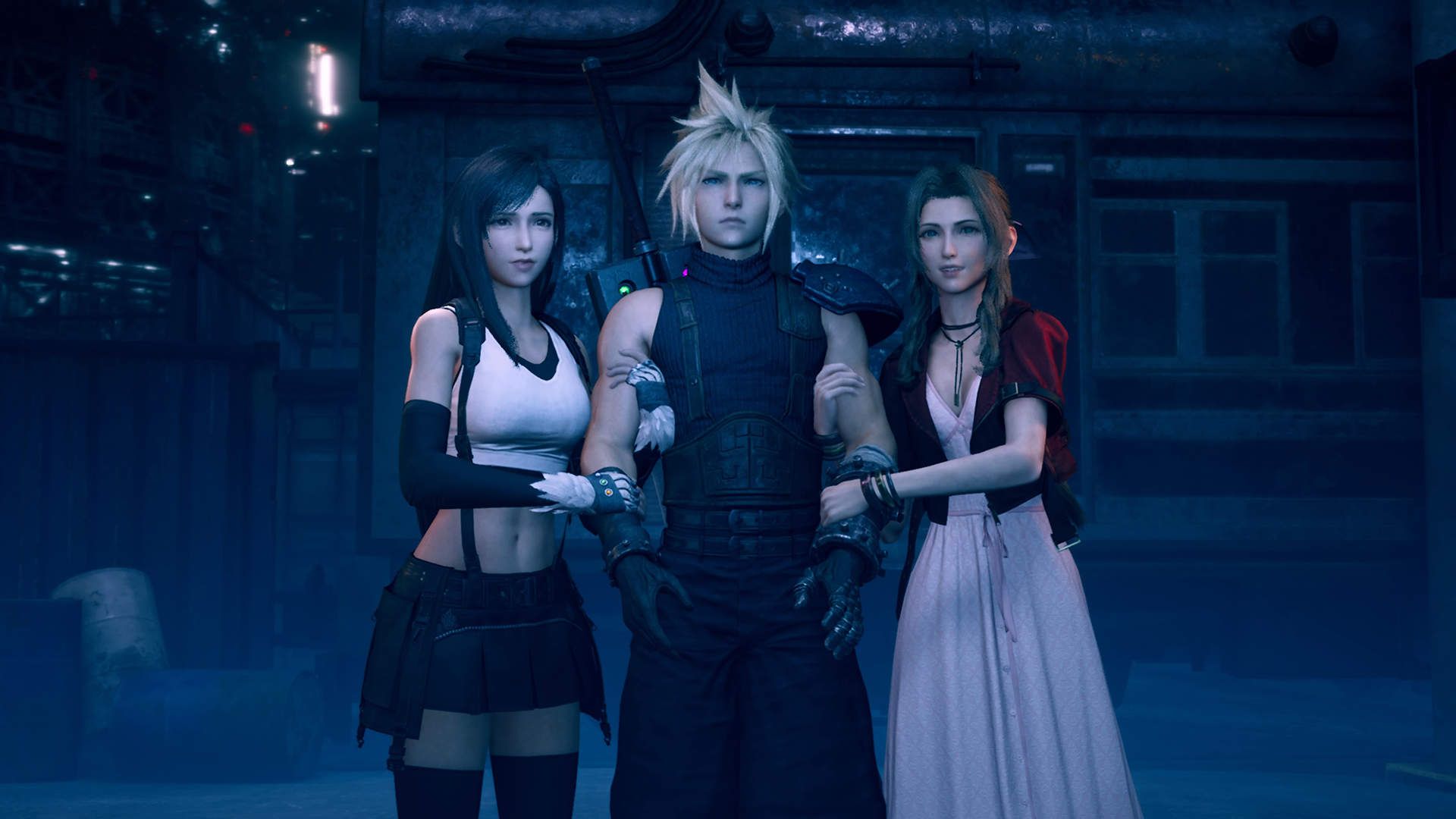 Biggs is also seen recuperating in the game’s final moments, suggesting he is indeed alive and survived the plate collapse. Beside him on a table sits a pair of gloves and a bandanna which I can only assume belong to Jessie. These are either a symbolic reminder of her passing or a tease that she also survived the attack. Her body was certainly recovered, since you’d have a hard time pulling such small heirlooms out of the rubble without it, so perhaps she was brought back to life or the shifting universe dictated that it wasn’t her destiny to perish in such a way. Given that Zack is alive and Aerith is also poised to cheat death in a similar fashion, perhaps Avalanche hasn’t suffered any casualties at all.

Don’t get me wrong, I would love to see Jessie in Final Fantasy 7 Remake 2. She simps for Cloud so hard and is thirsty to such an absurd degree that I can’t help but admire her. Go get it, queen – that twink ain’t no match for you. She’s a bright, bubbly, and layered character and her friendship with Biggs and Wedge is one formed by intimacy and hardship. They all clearly love each other, and seeing them perish together in the original game was a loss that stayed with you. It was a permanent statement of what Shinra was capable of, compounded further by Aerith’s own death at the hands of Sephiroth. Now all of that is potentially being referenced in service of a new vision, and while I respect it, you can’t change everything or you risk all of it becoming meaningless. 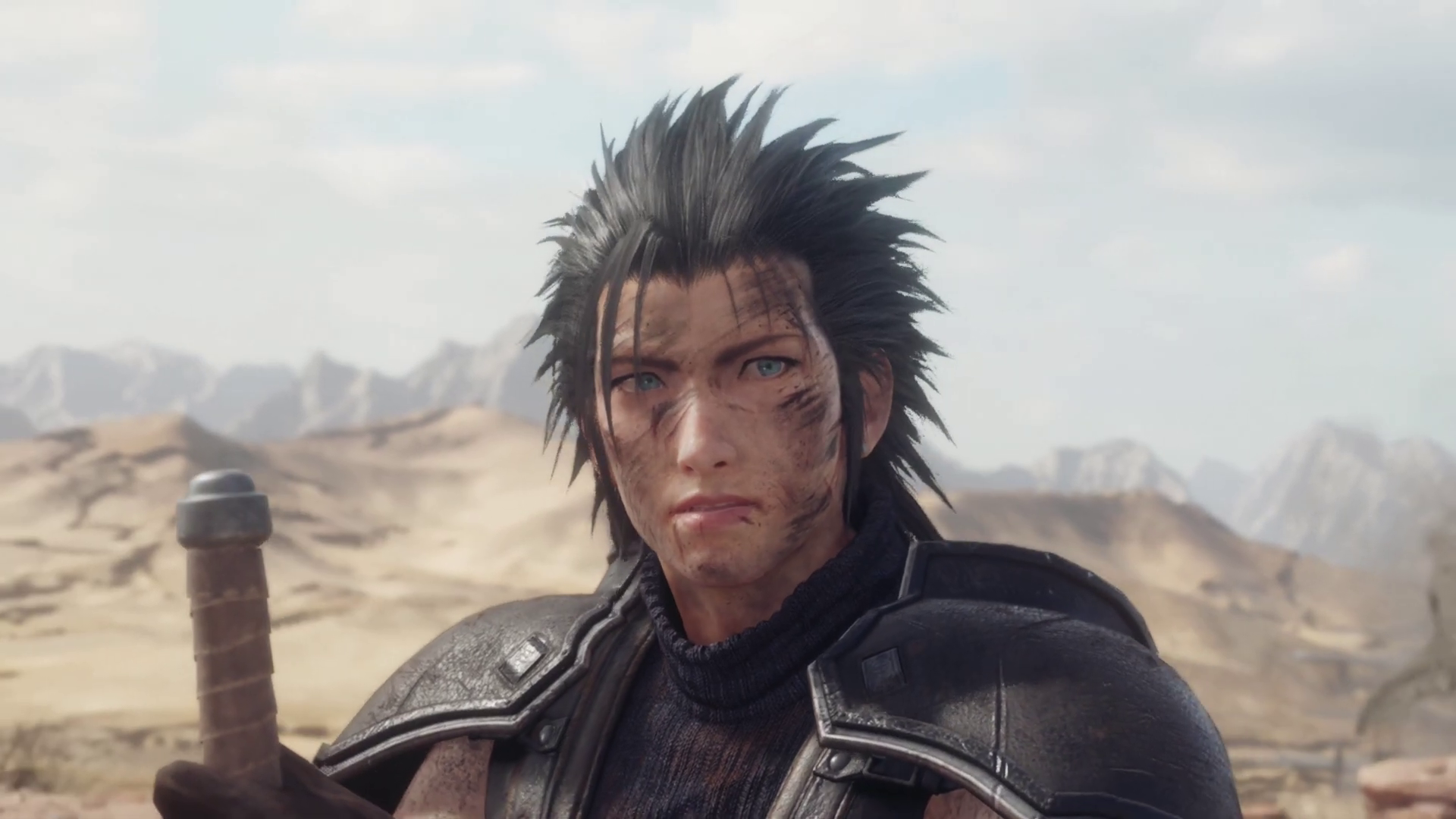 Cloud and most of the main characters in Final Fantasy 7 grow as a result of what they go through, whether it’s saving the world, losing loved ones, or seeing the world outside of Midgar for the very first time. They gain a wider perspective, appreciating the life they have and why it is so worth fighting for. You lose this development when every major loss is either reversed or taken away entirely, and while I understand Square Enix’s desire to expand upon certain characters with new storylines, some of them we’re meant to die, and should stay that way.

I sound like a heartless bitch, but I love my wholesome romance and my relentless angst, two qualities that Final Fantasy 7 wouldn’t be the same without. If anyone and everyone rocks up at the final showdown with zero consequences then what reason do we have to care? Loss is meant to make us grief, rejoice, and grow in equal measure, and I’d hate to see those qualities lost in a sequel that drowns in its own metaversal ambition.