Final Fantasy VII is by no means a perfect game and its iconic status means that it was copied and imitated to the point that many of the things that were so impressive about it at launch were diluted over time.

Final Fantasy VII represents an awkward teenage stage for both the series and gaming in general. Squaresoft was given more freedom under Sony and  used it to tell a story that hasn’t aged well in many regards. It’s for this reason that the developers dabbled in story elements involving sexuality and violence in ways that wouldn’t have flown under Nintendo.

Related: The Final Fantasy 7 Remake Has A Chance To Make This Knights Of The Round Fan Theory Canon

I played Final Fantasy VII on the original PlayStation back in 1998 and recently replayed the game as part of a series of retrospectives examining the entire Compilation of Final Fantasy VII. In the first part, I examined Final Fantasy VII as a game on its own, while this article will examine the reason for some of the game’s design choices and how some elements have aged poorly.

When talking about Final Fantasy VII‘s issues, it’s best to talk about the history of the game and and how the circumstances under which it was made influenced its development. The developer of Final Fantasy VII was Squaresoft (now known as Square Enix), which made the choice to jump ship from Nintendo and the Nintendo 64 to Sony and the PlayStation due to memory capacity and content. The Nintendo 64 was sticking with the cartridges that had limited amount of memory, while the PlayStation was using CD-Roms, which had far more space.

Squaresoft had endured Nintendo’s strict content guidelines with the previous Final Fantasy games. The freedom of Sony and the PlayStation meant that the developers could go in a new direction for Final Fantasy VII, which would result in some of the more questionable decisions regarding gameplay and story. 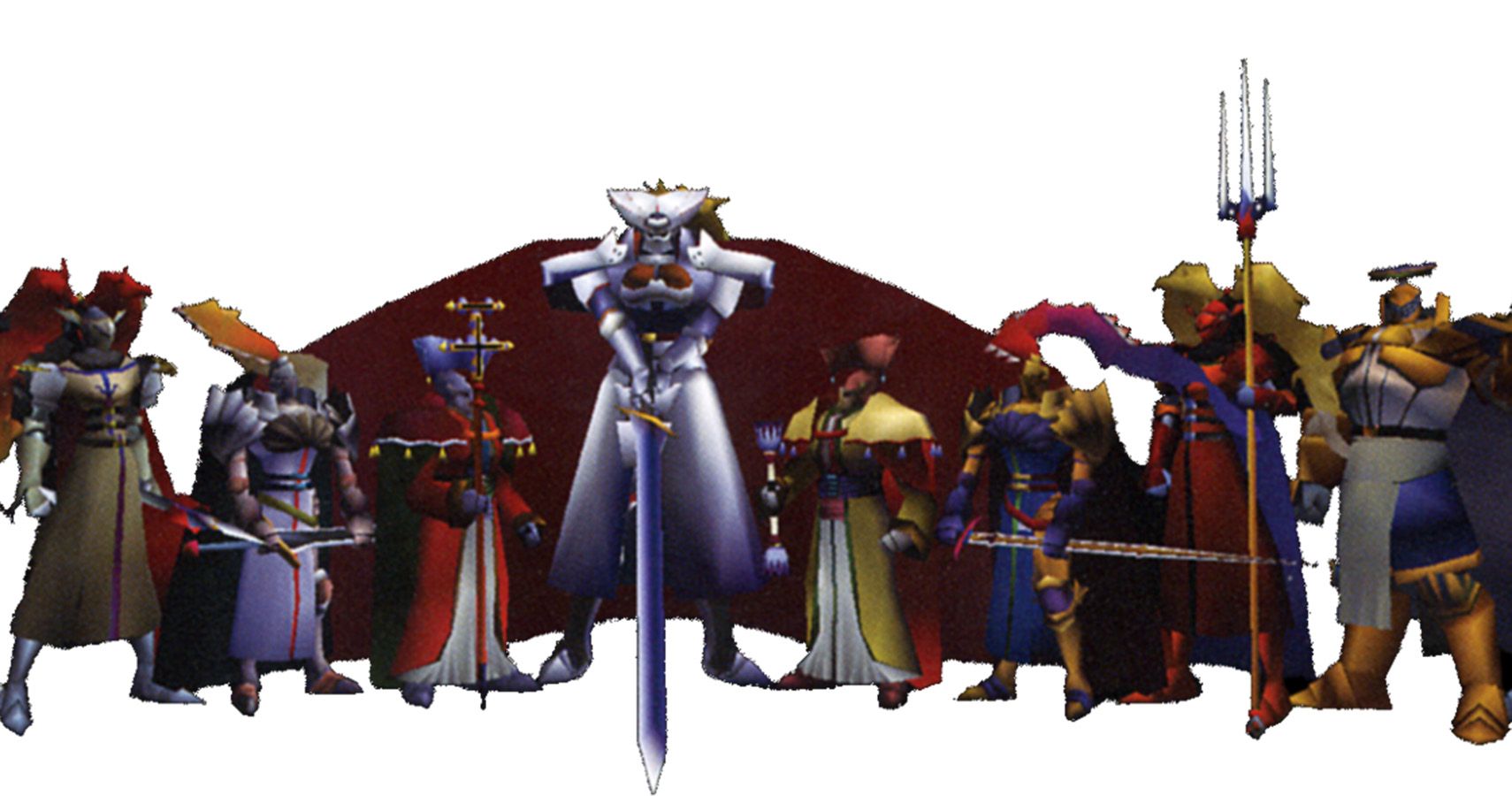 The Final Fantasy series has shifted from turn-based games to action RPGs. Those who are used to more fast-paced modern games might be surprised by how ungodly slow parts of Final Fantasy VII are. There are many cutscenes and dungeons that move at a glacial pace. Many locations feature horrible designs, with places like Cosmo Canyon, Fort Condor, and Wutai involving way more running around than necessary. The battles and story sequences in Final Fantasy VII are generally awesome, but there is a ton of padding on the overworld maps and even its soundtrack can only keep fans for entertained so long.

Final Fantasy VII swiftly gained a reputation for its lengthy summon sequences. The red Materia will allow the player to summon monsters as one-off spells, which act as some of the most powerful attacks. One gets the impression that Squaresoft thought that these sequences would be so entertaining that people would want to see them over and over. Final Fantasy VII was the first 3D entry in the series and the jump from how characters like Ifrit and Shiva looked in Final Fantasy VI to Final Fantasy VII is staggering. The summon sequences soon become annoying to witness. The best use of the fast forward feature in the remastered versions of the game is using summons without having to endure the lengthy animations.

The Parts That Haven’t Aged Well 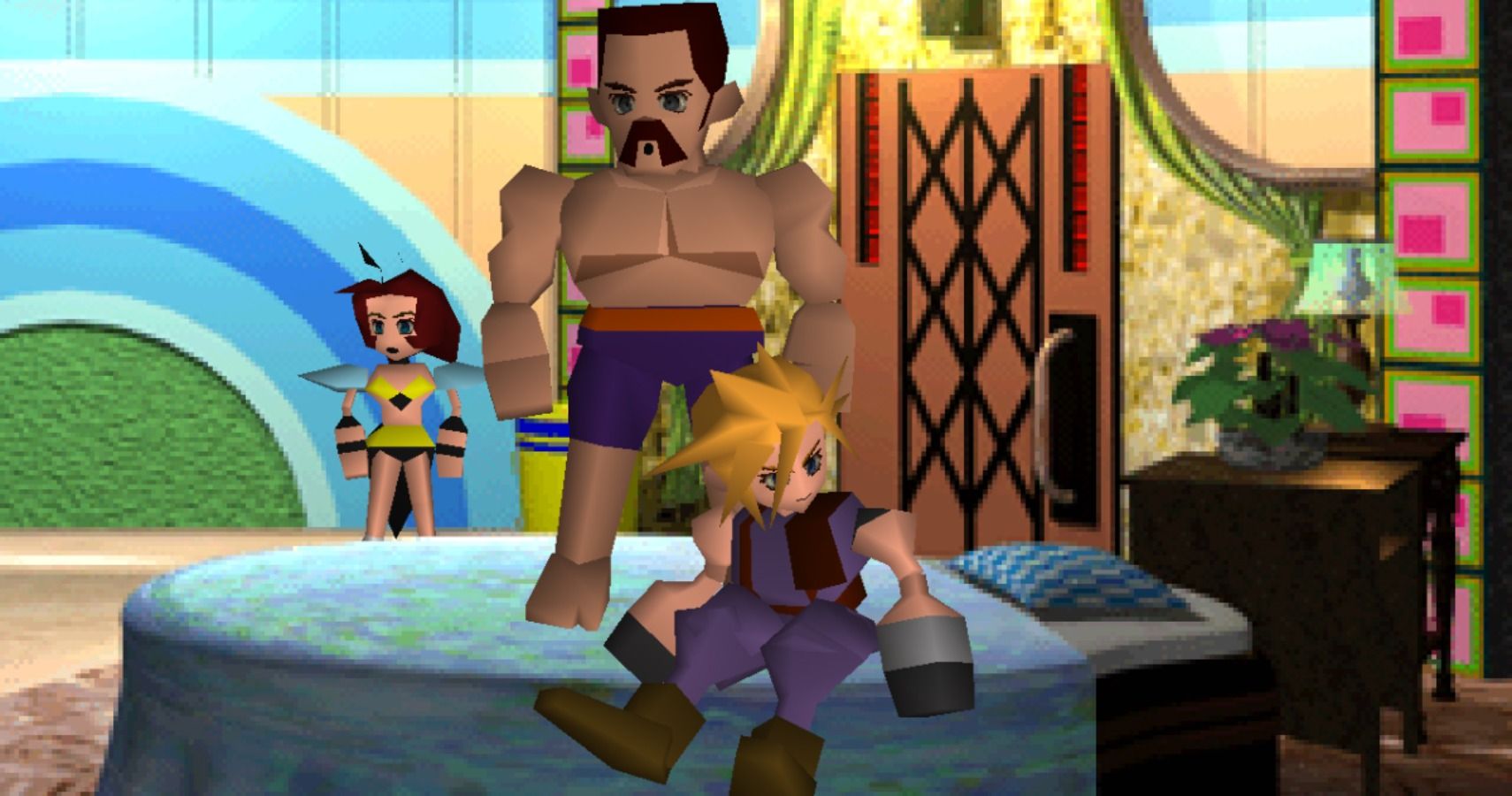 One of the concerns that fans have about Final Fantasy VII Remake is that problematic elements from the original game will be removed in order to avoid offense. A lot of these issues come from the developers experimenting with the newfound freedom, which means that the game can sometimes come off like an edgy poem. It’s best to view Final Fantasy VII as a game that is a product of a different time and culture, rather than as something that was trying to cause genuine offense.

Final Fantasy VII opens with the main characters murdering guards who were trying to do their jobs, before blowing up a reactor and killing an untold number of Shinra employees. The members of AVALANCHE are terrorists who have chosen to use violence as a means of dealing with their enemy. They aren’t fighting goblins or dragons: they are killing innocent people. The goals of AVALANCHE might be admirable, but their methods involve mass murder. On the surface, it seems as if Final Fantasy VII is endorsing terrorism. There were many people who thought that Final Fantasy VII could never be remade due to AVALANCHE’s actions and it still remains to be seen how the remake will depict this.

One of the most infamous segments of Final Fantasy VII is the Wall Market section of Midgar and its cross-dressing sidequest. The segment doesn’t deal with questions of gender identity and Cloud dressing like a woman is only ever treated as part of a mission to save a friend. The element that people have a problem with is the mixed reaction to Cloud’s cross-dressing. There are some within Wall Market who are supportive of his choice to dress like women, while others openly mock him for doing so. The cross-dressing sequence might have problematic elements when viewed from a modern perspective, but for its time, it was unheard of for games to include a storyline like this, nevermind treating it in a positive or accepting light.

The real problem with the Wall Market questline is the homophobic stereotypes that inhabit places like the gym and the Honeybee Inn. In order to complete his mission, Cloud has to interact with offensive caricatures. The characters that Cloud meets in the Honeybee Inn are especially damaging, as their treatment of Cloud is meant to come off as creepy, with Cloud being an unwilling participant in several scenes.

There are other, smaller moments in Final Fantasy VII that haven’t aged well over the past twenty years, such as Cid’s treatment of Shera and the slap fight between Tifa and Scarlet on the Sister Ray, but these are only brief scenes throughout the larger story and will usually only illicit a facepalm instead of a genuine desire to stop playing the game. 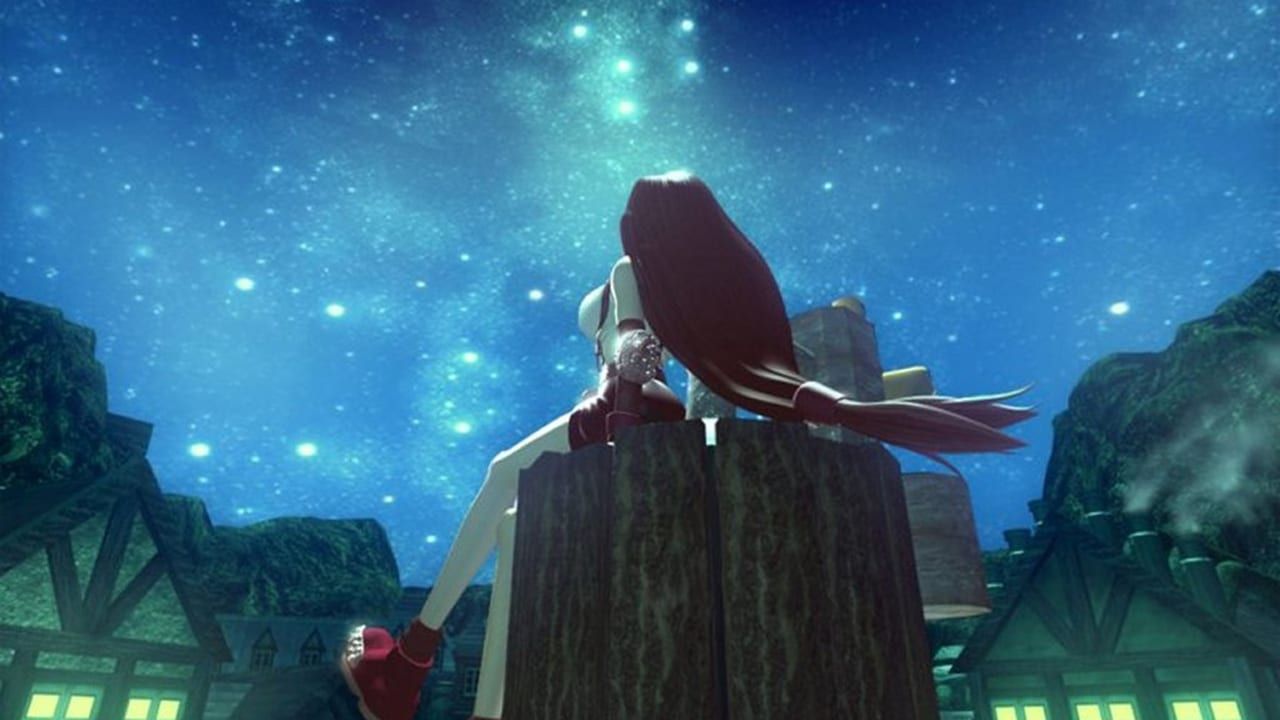 Final Fantasy VII represents a key moment in the history of video games, but its nature as a transitional moment has caused it to age poorly, even in comparison to other games of its generation. Games like Chrono Trigger and Final Fantasy Tactics may use 2D sprites, but these have aged far better than the clunky early attempts at 3D that Final Fantasy VII used. Final Fantasy VII lives in awe of its own graphics and has inconsistent pacing as a result in terms of its overworld sections and battles. Final Fantasy VII can be an excellent game, but it requires patience on the part of the player.

It’s mostly the original Final Fantasy VII that suffers from these issues. The remastered versions give the player the ability to triple the speed of the game and disable random encounters. These options can make things go a lot smoother and it’s highly advised that newcomers play the remastered version. Though it isn’t great that a game is improved by a fast-forward function, JRPGs like Bravely Default and Octopath Traveler have proven that a fast pace is hugely beneficial for turn-based games. The older Final Fantasy titles knew this, yet the new 3D camera was too tempting a tool for the developers of Final Fantasy VII.

When dealing with problematic elements in older games, the best question to ask is whether there is any malice inherent in the characters or story? Final Fantasy VII has some cringy moments to be sure, but it’s very much a product of its time and of Squaresoft’s attempts to distance itself from the older games in the series and Nintendo. Final Fantasy VII tried to push the envelope in various ways and some of the story elements come off as outdated when viewed through a modern lens, but it’s a push to say that the game is offensive or was trying to cause offense. Games like the original Grand Theft Auto were trying to be outrageous in order to garner publicity, but Final Fantasy VII wasn’t like that.

Final Fantasy VII can be a game that is hard to appreciate for people who weren’t around to play it when it was first released. There are a lot of elements of the game that are still stellar, but they can be hard to appreciate to those who have been exposed to modern JRPGs or even the later games in the series. Final Fantasy VII is a classic, but there are several elements of the game that have aged poorly in comparison to modern JRPGs and their conveniences. Final Fantasy VII is an excellent game that everyone should play through at least once, but this is coming from someone who played the game back in the ’90s and still has strong memories about what it meant back then.