For at least ten years, since Iron Man introduced the Marvel Cinematic Universe, people have idly wondered how cool it would be to put on the Iron Man suit. Everyone has some kind of superhero daydream, such as flying like Superman or swinging through the city as Spider-Man, but the idea being Iron Man always felt potentially glorious in its own different way. Now, armed with a VR helmet and motion controls, we can finally start getting there.

Announced at PlayStation’s State of Play video, Sony clearly wanted to put their best foot forward and begin with one of the biggest licenses in the world in the form of Iron Man as a PlayStation VR title. Considering this is another Sony-exclusive Marvel title hot off the heels of Insomniac’s Spider-Man, it is likely people expect a game with that same level of polish and meticulously crafted world-building as last year’s webslinging open-world title. After spending some time playing Marvel’s Iron Man VR, it doesn’t look like it will be that. But that’s okay, because the game Iron Man VR does seem to be is still pretty cool. 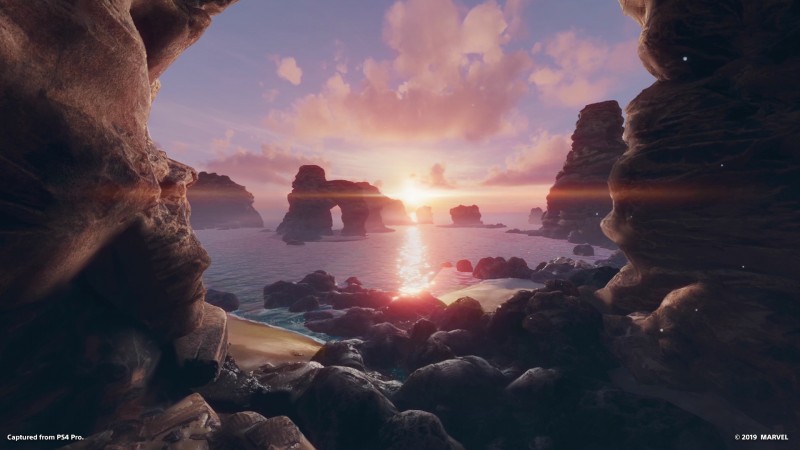 It’s hard to explain how the game functions without explaining the controls, which are somewhat key to completing the Iron Man virtual cosplay. In your hand are two Move controllers and their positioning around your body is key. Keeping them slightly above your waist with your wrists facing down lets you hover, while pushing them back behind you rockets your robot suit forward like you’re skiing downhill and trying to pick up speed. Raising your hands up and letting the move controller fall to the side so that your palm is facing forward activates your repulsor beams. There are some smaller things around the periphery of these core movements, but these are the foundations for how you move around the world.

The first stage in the game is a tutorial level where you, as the eponymous Iron Man, are running a training session outside the California home seen in the comics and movies that bear the same name. I was pretty surprised by the amount of freedom you get in exploration when flying around. The entire beachhead is available to the player, though I didn’t try to venture too far away from the designated area. When flying, the full 360 degrees around you is your playground, so you will often have to turn around physically to get to wherever you need to go.

It was at the end of this mission that the developer running my demo lifted up a headphone earpad and told me not to take a step forward because I had wrapped the length of the PlayStation VR cord around my legs. 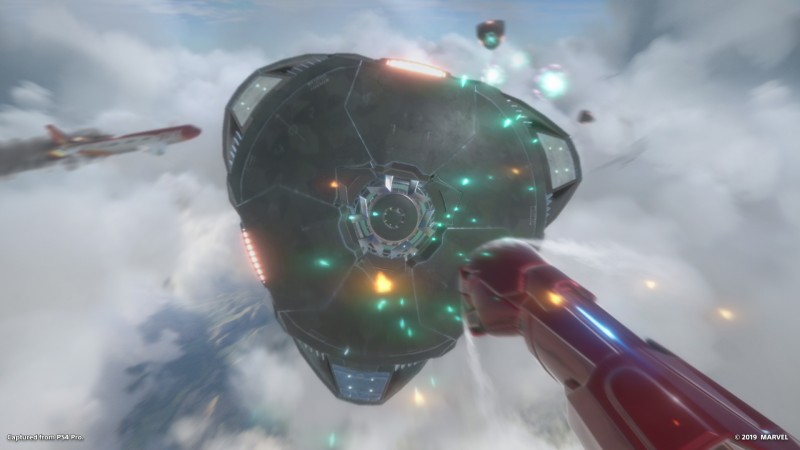 The second mission was touched upon in Sony’s State of Play reveal trailer, where Tony Stark’s plane explodes thanks to what appears to be Ghost having hijacked the controls and the billionaire is sucked out the side of the aircraft. While the abridged reveal trailer seemed to imply this mission would be on-rails, it is anything but, giving you the full freedom to fly around very on-fire plane and defend it from incoming drones. While battling the drones, I found myself falling because I wasn’t maintaining my verticality, as well increasing my distance to the plane because I wasn’t actively chasing after it. There wasn’t a whole lot else in the sky, but this freedom to disconnect myself from the mission objective at its peril was unexpected.

Camouflaj mentioned to me that further missions would have things like side objectives and exploration and it is easy to see the foundation for it even early on.

As Tony fixes the various parts of the plane by cooling the engines or pulling out the landing gear, eventually the private jet is declared forfeit, and Stark has to rescue Pepper Potts from the emergency exit. It’s strange to describe simply chasing a plane down as thrilling, but it was undeniably fun to push the controllers behind me and dodge debris to try and get there in time. It felt like being Iron Man, which I would imagine is a stated goal somewhere in this game’s design document.

The demo ended there, but I was actually surprised how much I ended up enjoying it. It won’t be to Iron Man games what Spider-Man is to open-world superhero games, but it does seem more polished and interesting than I expected from a licensed VR game. In that sense, Iron Man VR does indeed have all the potential to be the best Iron Man game, though it remains to be seen if the rest of the game manages to do more than step over that bar.