When a video game introduces me to a giant, watery abyss that I can’t see the bottom of, my soul exits my body, I smash the pause button, and I turn everything off. Okay, perhaps I’m being a bit drastic, but, dear reader, I absolutely hate swimming in video games. I am mortified of being asked to swim over to an island and find some treasure or go searching at the bottom of a lake for a lost piece of junk. Even if an adorable game like Spyro pinky promises it won’t send some terrifying beast after me in the ocean, I don’t trust it. I don’t know why, I just know the fear is there, and when I reflect on my relationship with water and video games, there are a couple I blame.

I’m looking at you, Super Mario 64, for what you did to me when my tiny little hands were hardly big enough to wield a Nintendo 64 controller. I remember this one particularly well because I would never actually play Mario 64 again after the encounter unless my mom would let me sit in her lap. There I am, a five-year-old who only can play levels unlocked by older cousins, and I see that dude. You know the one – the eel guy. The eel that just hangs out in an old ship in Jolly Roger Bay. I hate him. 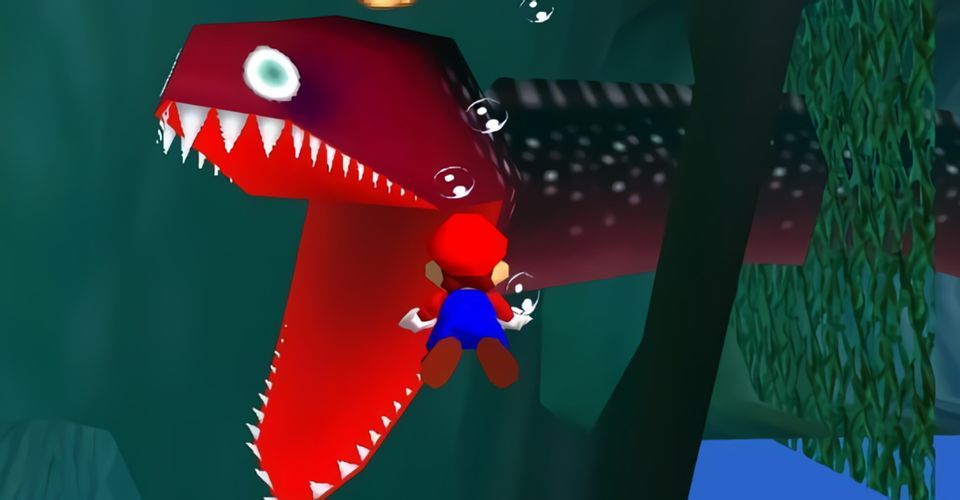 In retrospect, Super Mario 64 was pretty damn creepy with its bizarre Bowser painting that warped as you got closer and the Mario-eating piano, but that eel was the worst. Bright-eyed and optimistic, little Andrea enjoyed levels like Hazy Maze Cave, where she could endlessly ride gentle Nessie in a circle. In my naivety, I dove into Jolly Roger Bay expecting to endlessly swim around for fun – I rarely completed level objectives on my own at that age – but I was met with that terrifying monster that shoved his long neck out to terrorize me. I screamed, I cried – and that marked the moment I needed my very patient mother to accompany me through Mario.

Encounters with water continued to only grow worse through the years. I was oddly terrified of Ocarina of Time’s Water Temple – refusing to fight Morpha whenever the time came. I flew into a panic when my neighbor led me to Final Fantasy 7’s Emerald Weapon – I could never actually approach the boss by myself. Even when games brought me to more harmless settings, like swimming in Donkey Kong, I was too on edge to keep going. I fully expected every game to betray me.

And then there was Tomb Raider. I dearly loved the series as a kid, Lara Croft was one of my early sort of girl power moments, and I treasured her for it – but I’ll never play Tomb Raider Chronicles again. Sure, the crocodiles lurking in ravines were bad, but nothing has ever terrified me as bad as the demon Lara lures into an underwater cage.

No worries if you’re unfamiliar – I can explain in vivid detail. In Chronicles, there’s this area – Old Mill – where you play as young Lara, and it’s one of the creepier levels in any of the games thus far. I remember a petrified man looking for his heart, some guard on a horse with an exposed rib cage, and water. As just a tiny thing, I sat with my cousin on the floor of my aunt’s bedroom as we anxiously dared each other to go in. Caving to pressure, I finally did it. 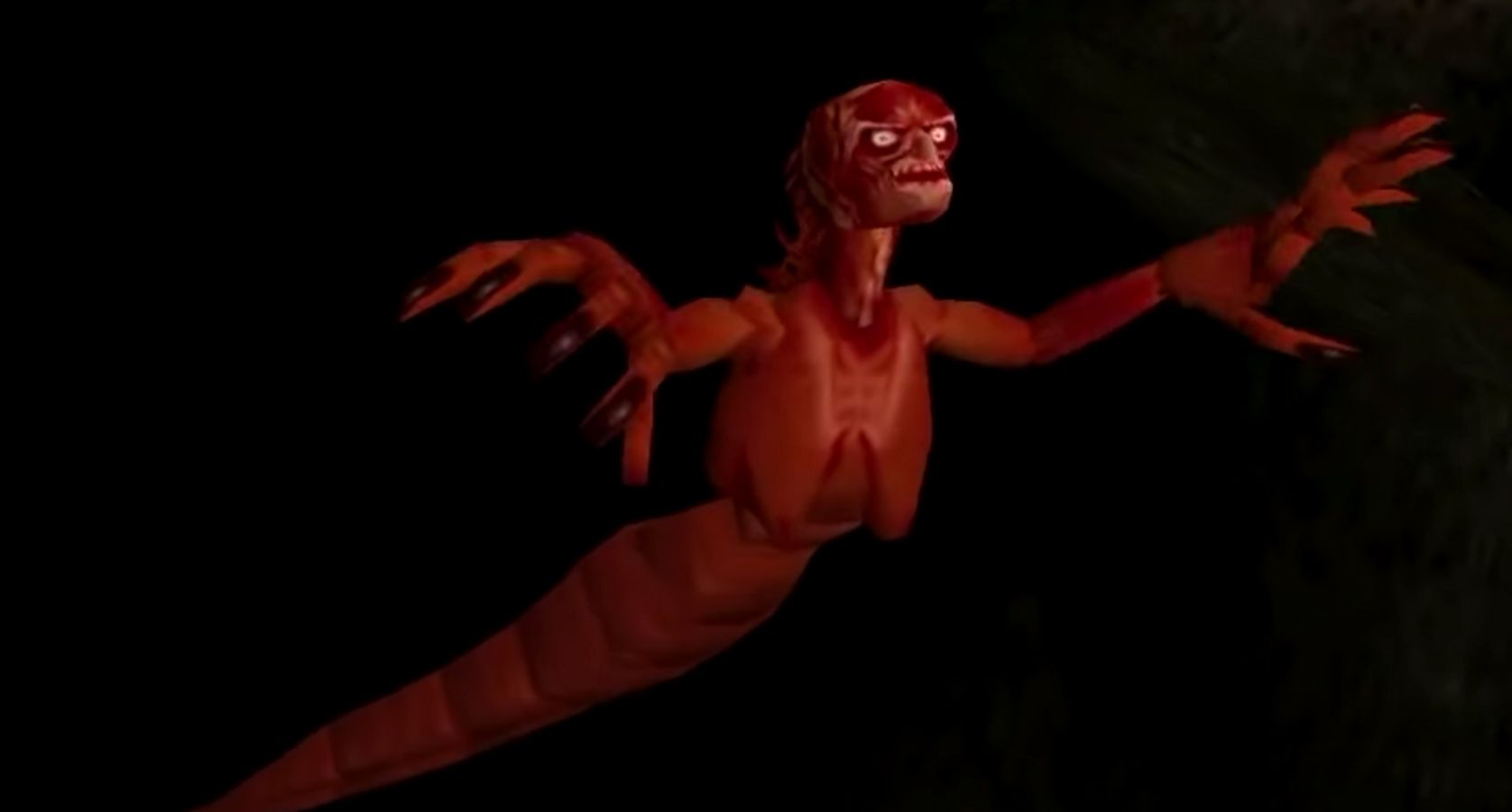 The camera is wonky, and I can’t see anything, but I could certainly hear the swishing noise of the thing in the water moving around behind me and partial glimpses back at some terrifying red form, but I could never get a good handle on where it was. I remember being so panicked my cousin and I were both screaming, just tiny things, and my uncle running in to investigate. My cousin was frantic, me more so, but she called out instructions on what to do. She was a few years older, able to read quite a bit better than me, and armed with a Prima Guide.

Little Lara, much braver than little Andrea, baited the monster into a cage with a coin it was after, and I was done. My cousin and I usually played games by passing the controller back and forth, but I gave it to her for the rest of the game.

In my real life, I don’t think I’m scared of water, but also, I don’t really venture into it. Going ankle-deep into beach water and hanging out at the shallow end of pools is enough for me. In games, I freeze up. Even if it’s not supposed to be a horror experience, I can’t stand it. For the longest time, I felt like I was alone, and maybe most aren’t quite as terrified as I am, but after a quick dive into Google – we were all five and hated that damn Super Mario 64 eel.

Next: I Hope Pokemon Legends Arceus Is Less Breath Of The Wild And More Genshin Impact 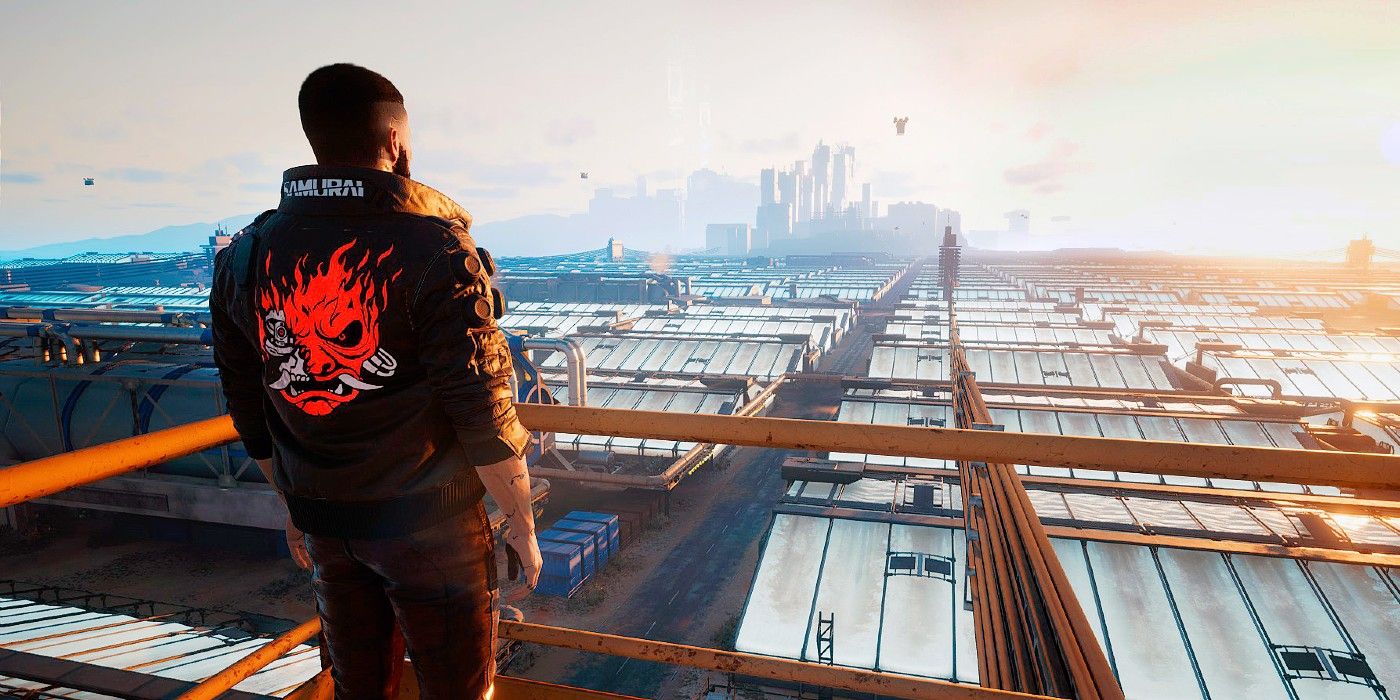