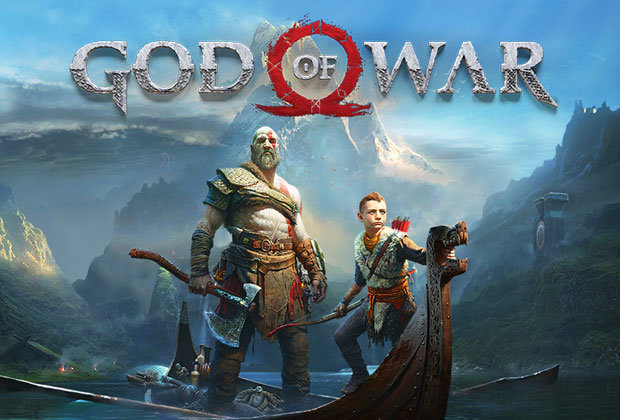 In fact, it might just be one of the greatest games of the current console generation. It shares such refined air with the likes of the Nintendo Switch’s Legend of Zelda Breath of the Wild release and only a handful more titles.

From a pure PS4 standpoint, is it better than Uncharted 4? Undoubtedly. What about Horizon: Zero Dawn? You bet! In truth, Cory Barlog and the team have likely set a new bar for Sony PlayStation to strive for with future releases

But in truth, we can’t see many of their future first-party titles coming close to touching whats on offer here, with the exception, possibly, to The Last of Us 2. We’ll explain more on that further down though.

The achievement is made, perhaps, even more amazing given the state in which God of War and the titular character of Kratos had been left in so many years ago.

With three games, a prequel and however many spin-off games to its name, God of War had lost its way. Badly. The rampaging, revenge-filled bloodshed that won over a whole generation of PlayStation owners in the 2000’s had quickly worn thin.

But now, the future for God of War looks incredibly bright. 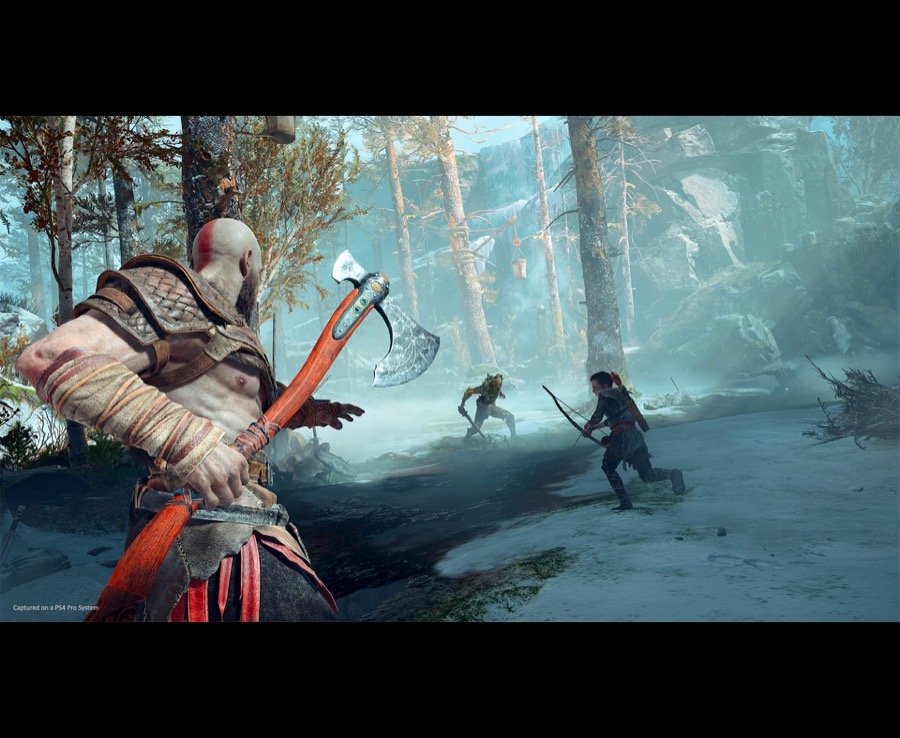 For the sake of anyone who may be coming into this fresh, the story picks up many years after the events of the original God of War trilogy.

Kratos has left behind his tragic Greek past having wandered the earth for an as yet undetermined amount of time, eventually forming a new family. He has a new wife, named Faye, a new son, Atreus. It’s a fresh start for the Ghost of Sparta.

But the game picks up soon after the death of Kratos beloved wife and so begins a dangerous journey for Kratos and Atreus as they venture to the tallest mountain in Midgard to release his mother’s ashes.

Like our preview, we’re holding back on a few details here for not wanting to ruin any big surprises or discoveries.

But what’s important, is that this is just the beginning of the journey and the pay off in the next 30-ish hours is remarkable. A fantastic coming of age story centred on the strained and beautiful relationship between Kratos and his estranged son.

Using films as a template, it’s something akin to The Road, but set within the mysterious fantasy environment of Tolkien’s Lord of the Rings.

It’s a story, unlike anything we’ve experienced in years. And only Joel and Ellie’s story and relationship from The Last of Us comes close to matching up.

But, it should be said that whilst this is a great story, it’s nothing without the excellent work of the actors and directors who’ve brought it to life.

Some of the best moments to be found in God of War are usually during periods of complete silence.

So much is said and revealed between Kratos and Atreus during the game, but especially so when both characters are saying nothing at all. Silence punctuated only by Bear Mcleary’s majestic score in the background.

It might be just a small movement on screen, an outstretched hand by Kratos, a look of frustration on Atreus face or a strained look of reluctance from Kratos as he struggles to say the words he so desperately wants to say. But it’s all impeccably well delivered.

Remarkably, God of War has been transformed from a series with a well-renowned one-dimensional character to featuring one of the most complex and best character-driven stories in recent years.

By now if you’re not desperately mashing buttons to place your pre-order then you’re a stronger person than us.

And all of this before we’ve even got to the games ridiculous visuals or gameplay.

Let’s start with the bad news and forewarn you that you’re PS4 Pro is going to go into jet engine mode as it pumps out probably the best looking game we’ve seen from Sony’s first party studios.

However, somehow, and we’re not sure how, Sony’s exclusives just keep setting the bar higher with each new release. Uncharted 4 looked amazing, Horizon Zero Dawn somehow took it on that next step.

Now it’s the turn of Sony Santa Monica who has managed to create some truly awe-inspiring visuals to gawp at. To put it into context cutscenes and actual gameplay are almost one in the same. Close enough that you might not realise you’ve wrestled back control.

And when not pulled in close to show the staggering levels of detail on the character models, you’ll be pulled back to admire the exquisite environments you explore.

It’ll never grow dull either, due in part to the story allowing you to stomp across a wide variety of different looking Norse realms each with its own distinct look and feel.

It’s also important to note that, for PS4 Pro users, you can choose to play the game in one of two different graphics modes: Performance or Resolution.

Performance mode will give you 1080p and 60fps, whereas Resolution mode offers 4K (2160p checkerboard) and a variable frame rate that targets 30fps.

All you need to decide is how you’d rather play.

Moving onto the combat and if you’ve watched any footage by now you’ll likely know how accomplished it looks, especially with regards to the new leviathan axe, which essentially acts like Thor’s Mjölnir hammer, flying back to the user by request.

As we learned during our preview, combat is nothing like what we’d experienced in a God of War game to date.

The button mashing days are gone and with the camera pulled in tight to Kratos the action was altogether more intense, graphic and above all, fun.

At the time, two hours in, we were already starting to see just a small slice of how the game’s combat was preparing us for the journey ahead.

Through the levelling up system, small combo’s were starting to show themselves. It wasn’t quite at the level of some of the videos we’d seen Sony Santa Monica release, but it was getting there.

Thankfully, beyond the preview period, combat really starts to come into it’s own as you grow your own fighting style, adding further abilities and unlocking new ways for you to fight and chain attacks.

What you’ve not seen though is the boss battles, which are still typically gargantuan. They’re still great fun and look great, but on reflection it’s probably the one area of the game that hasn’t kicked on in quite such emphatic fashion. They are though, as we mention, still excellent fun, filled with the sort of action and adventure old school fans will adore and crave.

Our only gripe with the game is something so small that it’s somewhat testament to just how accomplished the game has been put together.

That being said, we’d warn against the games lowest difficulty setting, which is what we chose for our first playthrough.

“Give Me A Story: lets you experience the story without too much of a difficult gameplay challenge. You won’t be taking a gondola to the top of the highest peaks in all the Norse Realms, but you will have a far greater margin for error in enemy encounters.”

What we found though was that combat just wasn’t challenging enough.

Sure we breezed through huge portions of the game and enjoyed it too, but on reflection, we’d have liked it to have been a smidge more challenging, even if the story was our main priority overall.

Having tried our hand at those other difficulties, we’d say there’s just enough wiggle room to make “Give Me A Story” that little bit more challenging than what it is.

Again though, we really are splitting hairs because this is a near flawless game.

This is a must-own for all PS4 owners. And despite a wealth of great Sony PlayStation 4 exclusives already, this will be the consoles ultimate system seller.

The essential purchase for all PS4 owners which could do for Sony what The Last of Us did for the PS3.

A game that could and should make all Xbox owners seriously consider if it’s finally worth buying a PS4 after all this time.

In pretty much every department this game excels and what’s most exciting is that it comes with the promise of more in the future.

Yet while the game has one foot firmly in the future, you can’t shake that it still feels unmistakably like a God of War game at its core.

To say that this game is a reboot would be a disservice to the work put in by Sony Santa Monica. This is something much more. Creative Director Cory Barlog and the team have elevated the series to dizzy new heights that many thought impossible given the source material.

But in doing so, they might have created arguably the best game of this generation and dare we say it, the first chapter in a new series that could dominate future console generations to come.