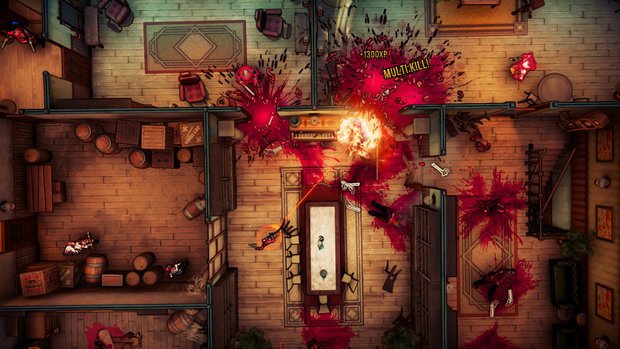 Harry and Judy’s abilities also add a great layer of gameplay, with each character having a contrasting feel to the other.

Harry’s design is based more on brute force, with a sword as his primary weapon and the ability to bash through cracked walls. Judy, on the other hand, has a chain whip that can be used to kill enemies from a distance, leaning more towards elegance than her angelic counterpart.

That being said, when it comes to the levelling skill tree, both characters have enhancements to their abilities that can customise their feel. Say you want to prioritise Judy’s weapon speed over its range, this is entirely possible and hot-swappable between levels.

Not only are abilities important for wiping out possessed thugs, but they also play a key part in traversing each stage effectively.

Just like Harry, Judy can also access different areas by materialising through metal bars, which is often used to gain access to switches and other means of progression.

While these are sometimes mandatory actions, occasionally you’ll see an optional path designed for a specific character, which can come in handy for flanking the enemy.

While all of this might sound locked down to a co-op experience, the game can actually be enjoyed in single player by switching between characters, although this doesn’t flow as well as the former. 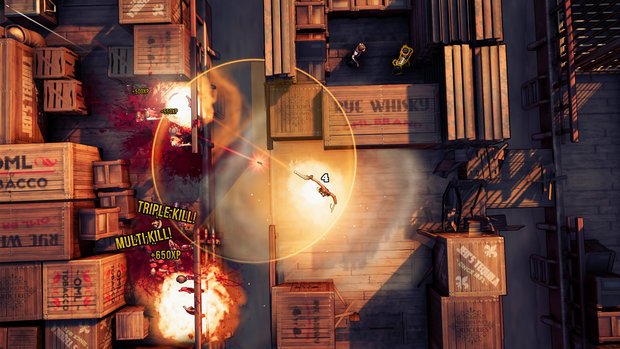 As well as native melee abilities, there are also a vast array of weapon pickups available during each stage.

These range from a bog-standard pistol to exploding crossbows which, as you can imagine, all work differently.

Using these items isn’t necessary by any means, but can shake up the gameplay in a big way, especially when it comes to some of the special weaponry found in chests, such as bouncing crossbow bolts.

Despite the game’s title, things never felt very trigger happy when it comes to the range of firearms. With the exception of some of the special weapons, the arsenal of guns scattered throughout each level seems to lack any kind of punch.

While this might be based more on personal preference, shooter-based combat always feels better when each shot feels impactful. More often than not, shooting an enemy in the fact felt more like using a nerf gun. 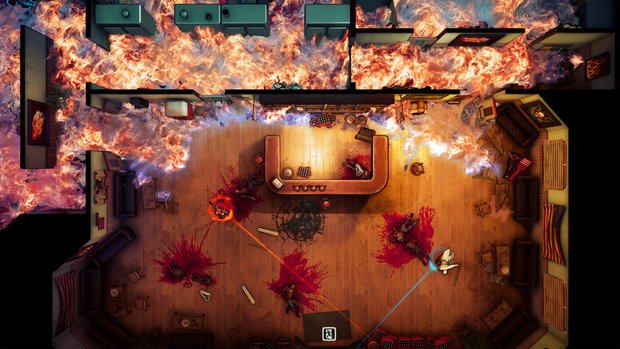 While the co-op elements of God’s Trigger do shine bright, there are some annoying tropes that have failed to evolve. As the local co-op is not split screen, both players need to stay within range of each other, otherwise, the camera will not move.

It would have been nice to see something similar implemented to the likes of the Lego games, where a temporary off camera view appears to allow each player to move more freely. This isn’t a deal breaker by any means, but it would help expand the fluidity of the co-op even further, by eliminating those awkward stalemates.

Mechanics aside, God’s Trigger is also a visually enticing experience that wears its style with pride. Sure, it’s pop art visuals aren’t completely unique to this title, but it manages to blend them in perfectly with the top down camera angles, which is easier said than done.

Each level also manages to feel aesthetically distinguished; from a Hollywood film set to a gothic mausoleum, each Horseman’s lair has its own unique set of weaponry, enemies and puzzles.

The soundtrack also makes a huge impression, again with each area having a different style of track. From creepy industrial house music to surf guitar riffs, you’ll be doing a shoulder dance while you paint the town red. 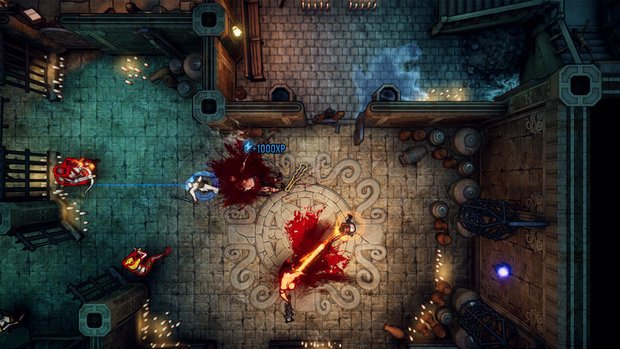 God’s Trigger is a prime example of how to draw influence from something iconic while earning its keep in the genre. It’s an emphasis on co-op gameplay and fast-paced action that makes for a fantastic mix of mindless fun and intelligent mechanics.

While there some tweaks that could be made that would perfect this title, these are vastly outweighed by the game’s sheer amount of style and substance. If you’re a fan of Hotline Miami, or in fact, any top-down shooter, then God’s Trigger is a must play, especially if you have a spare controller and a player 2 to hand.