It is always hard to figure out what to call a genre when it is still in its early days. There was a time where every first-person shooter was derisively dismissed as a Doom-clone, even years after its namesake. It is in that same vein that we still struggle to figure out what to call games that seemingly derive inspiration from From Software’s Souls titles and have simply settled on Souls-likes. This increasingly proves to be an inaccurate comparison as these Souls-likes diversify and find their own identities, which is exactly what Code Vein, a new action title from the God Eater team, is trying to do.

Code Vein takes place in a vampiric world, where the lords of the night control, oppress, and farm humanity. This is becoming a progressively difficult problem of scale, as more blood is needed but not enough humans are surviving to be siphoned. Enter your protagonist, a captive of the vampires that has an inexplicable ability to create trees that produce human blood. It’s definitely macabre, but well within the God Eater team’s common theme of creation through consumption that permeates all their games. 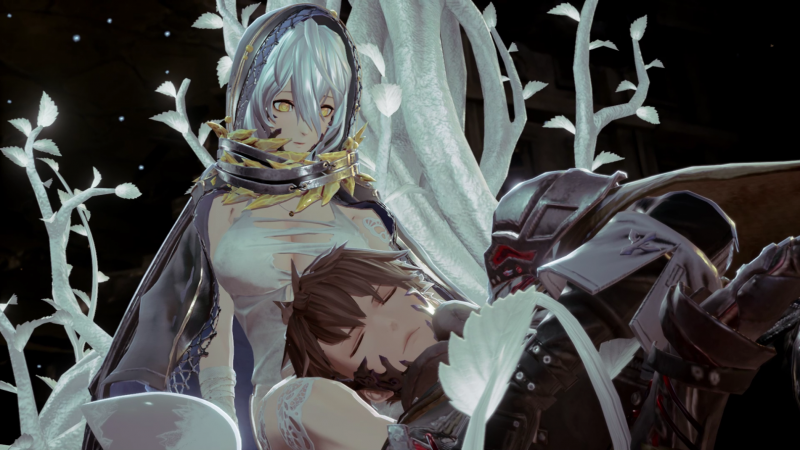 While I did say it was reductive to simply boil Code Vein to being a Souls-like, it might also be the easiest way to get at the heart of how the game feels. The team does not shy away from comparisons to Dark Souls and in fact seems to be honored to be mentioned in the same breath as one of the progenitors of the genre. The inspiration is definitely felt in the action – when facing bigger enemies who don’t quite stun the way you would want, you tend to slash twice and then roll away, like you have a thousand times before. You back off to heal, you hang around a giant enemy’s backside, you don’t get greedy with damage unless you want to pay for it.

Where Code Vein looks to differentiate itself, however, is in other key aspects rarely touched by the Souls games. The first and most major, according to the developers, is a larger emphasis on story. Indeed, the game begins with several cutscenes showing how your character met the female survivor that he or she cares for, how they got captured together, and establishing the various NPCs situated around you at any given time. It is a bit too early to say whether the story is one worth paying attention to, but the developers believe it is one of the things they do best. 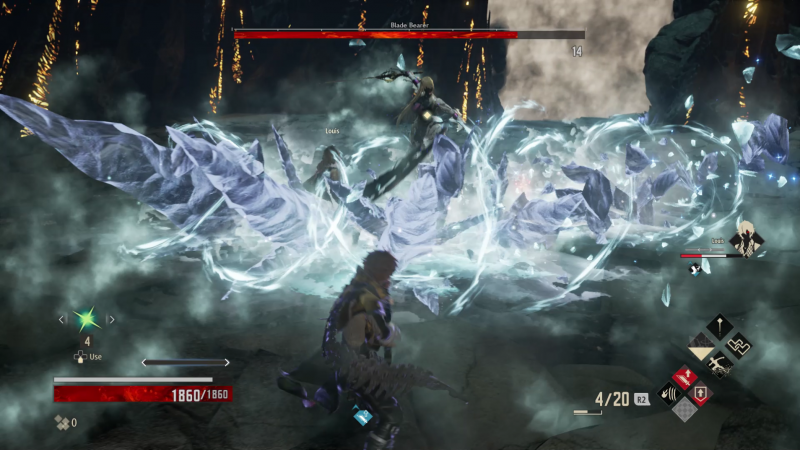 The non-playable characters are also another distinction between Code Vein and its influences. While you occasionally go it alone, you are often paired with a partner to help make the goings on a little easier. By and large, your AI partners are not particularly aggressive and enemies are not especially interested in them, so they do not exist to take gameplay away from you. The other characters, often hunters or warriors of some sort or another, do factor into cutscenes with some regularity, often serving as the silent protagonist’s mouthpiece when things need to be said. They are also very, very chatty.

Bandai Namco’s newest foray into the Souls genre recently saw a delay from its original hard date in September last year to sometime in 2019. While the developers explain that this was mostly for polish, the game is still lacking a little bit in that regard. Characters pop into animations in visible ways that do everything they can to remind you that you are playing a video game. If I had to guess, this is a solution to another problem and thus not that easily polished over, it is still something bothersome to see. 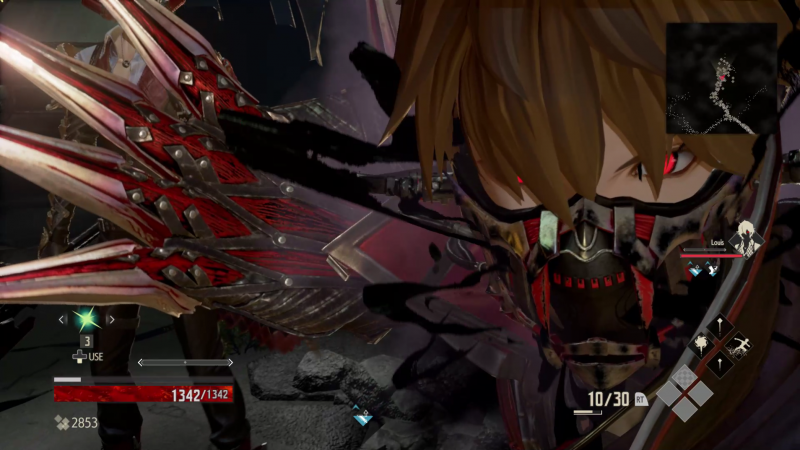 There’s a lot that is interesting about Code Vein, especially for those that like the idea of the Souls games but have felt them lacking in some different areas; maybe their aesthetic did not quite fit your tastes, maybe their isolation was too cold and unforgiving, maybe it was something else that you cannot quite define. Whatever the case, for those people with their noses pressed against the glass of the genre, Code Vein might be worth checking out when it releases on PlayStation 4, Xbox One, and PC later this year.