There’s a scene from The Legend of Zelda: Breath of the Wild that never fails to make me giggle. It’s a flashback to 100 years prior, around the time that Hyrule Warriors: Age of Calamity takes place. Daruk, the legendary Goron Champion chosen to pilot Divine Beast Vah Rudania, has a little chat with Zelda:

“So tell me, Princess…” says Daruk.

“Calamity Ganon isn’t, uh… some kind of a dog monster, is he?”

This exchange bears remark for two reasons: first, Age of Calamity delivers on its promise to inflate the four Champions from Breath of the Wild into their own distinct and detailed characters. When we meet them in the latter, they are spirits confined to corrupted Divine Beasts. Link needs to free his old friends from Ganon’s control after waking up an entire century after they died. While we learn about them through Link’s memories, and briefly get to chat with their spirits, they’re ultimately very important characters who don’t have a whole lot of time devoted to them (because they’re dead). 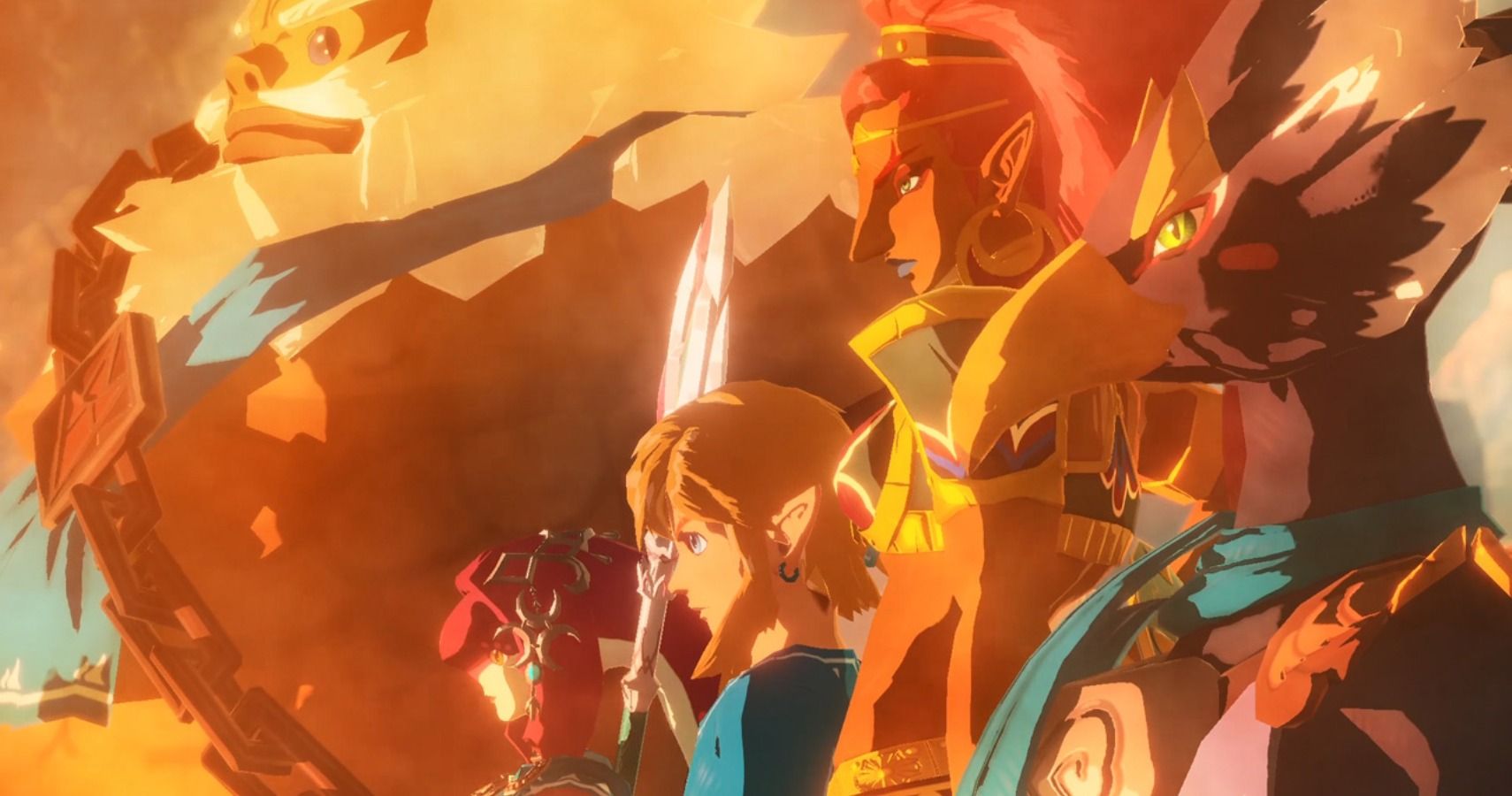 However, and this second one’s more important: it’s also completely ridiculous in the best possible way, and Age of Calamity revels in ridicule.

For those unacquainted with the premise of Age of Calamity, here’s a brief explainer: like Hyrule Warriors before it, Age of Calamity conflates the world of Zelda with the core combat loop of Dynasty Warriors. Essentially, it’s a Zelda game by way of musou, meaning that moment-to-moment play is defined by hack-and-slashing your way through absurdly exaggerated mobs. Fortunately, having the word “Calamity” in the title helps to contextualize this a bit — as King Rhoam puts it at the beginning of the game, this is “a horde like we have never seen before”. The premise reminds me of Vaati unsealing a box filled with literally millions of monsters at the beginning of Minish Cap: it earns its right to say, “Here’s why there are 17 mobs with 50 Boboklins apiece attacking you all at once.” Some of the more streamlined action can feel a bit mindless at times, but it’s never without purpose.

It’s important to acknowledge the use of “some” there for two separate reasons: first, “mindless” does not mean “bad”. I am a firm believer in the idea that a strong core gameplay loop can make any game shine. That’s what makes titles like Demon’s Souls special: a lot of what you actually do is quite repetitive, but that doesn’t matter because it’s repetitive action that’s been masterfully developed. The variance here lies in Age of Calamity’s excellent roster of fighters — even when I was just beating up little chuchus, flitting between lightning strikes and geyser eruptions never felt any less punchy. The healthy dose of making a fool out of charging enemies by planting a last-minute column of ice in their path didn’t hurt, either. 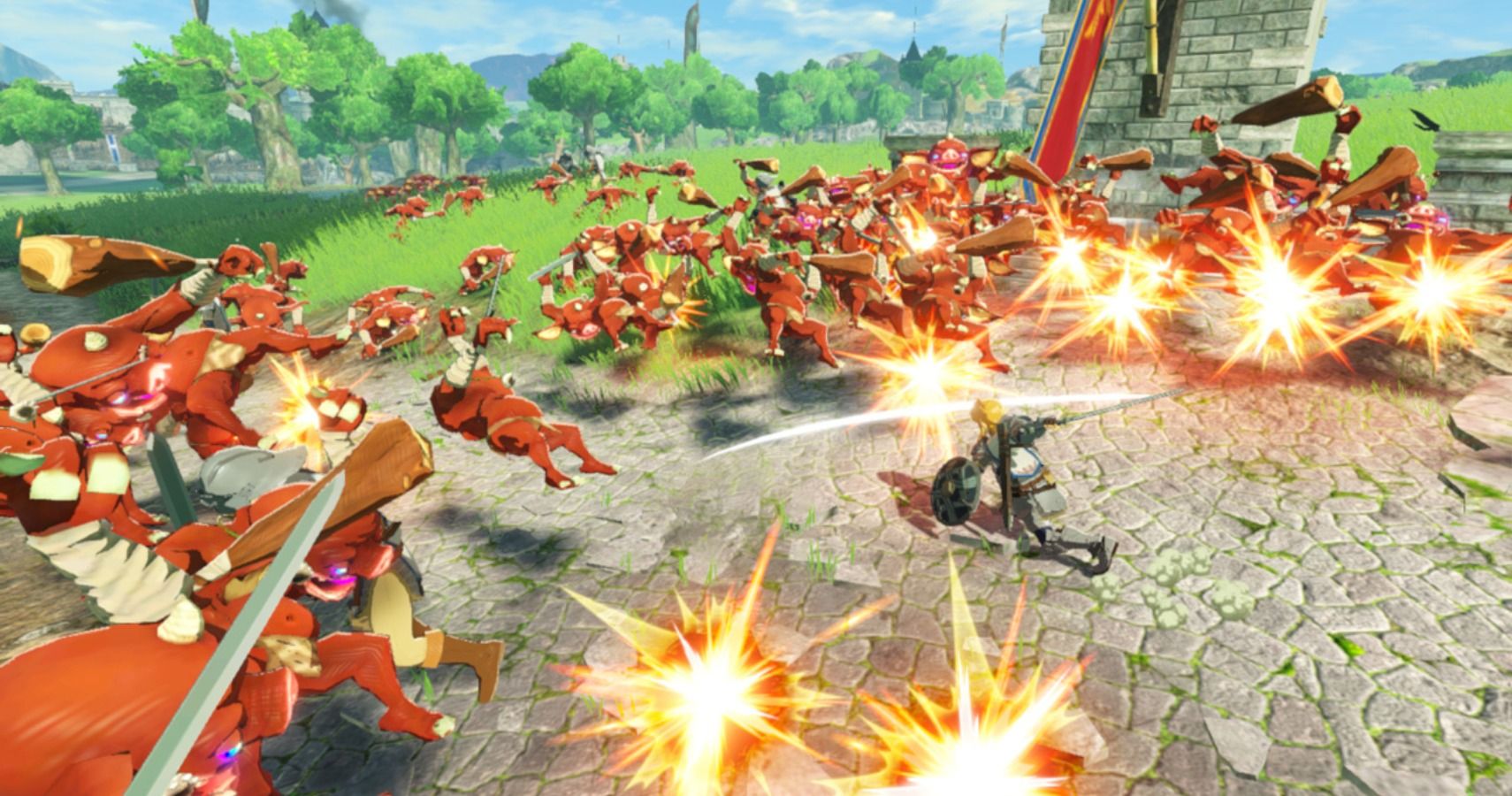 But again, “some” doesn’t refer to all combat. The boss battles in Age of Calamity are brilliant, and feel particularly precise in comparison to the more ostensibly musou sections. Timing a dodge at just the right moment allows you to execute a flurry rush — like in Breath of the Wild — and devastate your opponent’s guard, while executing perfect combos offers you a chance to pinpoint their weak spot in a way that resembles staggering enemies in boss-rush games. On top of that, bosses also have access to special attacks that can be foiled with Sheikah Slate runes. If an attack can be countered with Magnesis — your magnetic power — the rune’s symbol will temporarily appear over the boss’ head. Here you have a brief window to react, and if you respond correctly, you can stun them to lay down huge amounts of damage. It’s still got musou sensibilities overall, but it’s brilliantly refined to accommodate strategic precision. You don’t need it, but it will certainly come in handy — a clever approach that applies to quite a large amount of Age of Calamity.

For example, in between missions you are given access to the world map. You can move on to the next main story quest from here or embark on short dungeon raids if you want to level up and farm materials. However, you can also use said materials to set up a variety of merchants, or gain access to the Blacksmith’s Guild. You can increase Impa’s health by one heart, or unlock a new combo for Urbosa. This is all added flavour to the core loop of landing on the Ghibli-esque ground of a Breath of the Wild musou arena and beating up Boboklins by the billion. This is all completely optional, meaning that you can steamroll the campaign if you want. But the option to focus on fusing weapons, maxing out characters, and unlocking new recipes — which can be used to cook pre-mission food that gives you special buffs — is always there. Also: no weapon degradation. I don’t know which side of the debate you’re on, but I actually like using the Master Sword. 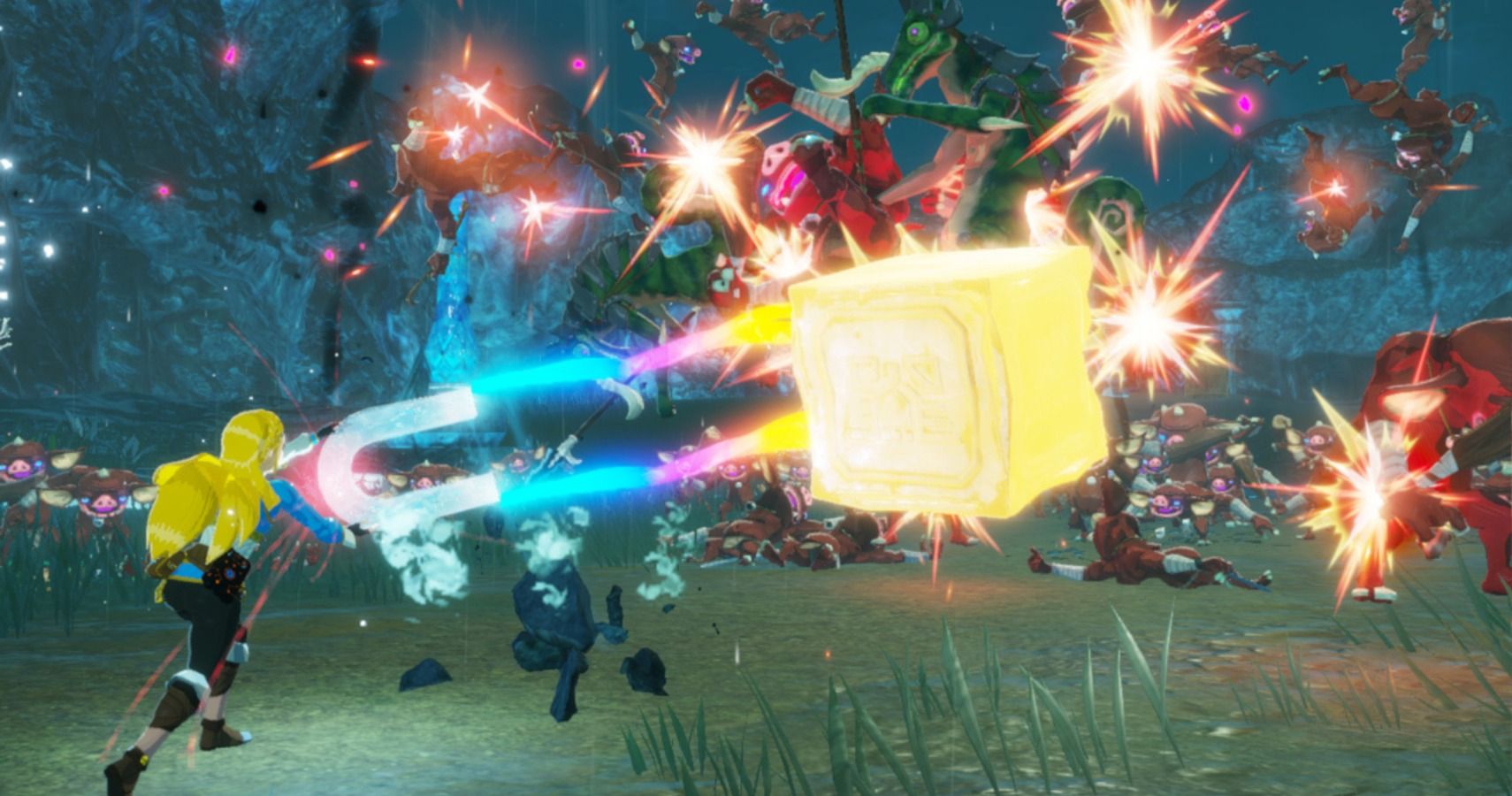 It’s probably pretty obvious at this point that I adore Age of Calamity, but don’t let that fool you into thinking that there aren’t some rubbish aspects. Age of Calamity is one of the worst offenders I have ever seen in terms of Joy-Con drift spoiling bits of a game. It feels like a bit of a kick in the teeth when you’re piloting an immense Divine Beast and are just sort of grating against a cliff like a drunk lad using the inside wall of a takeaway for support as he wobbles over to order his chips. When the Divine Beast sections work properly, they are legitimately spectacular. I found myself in consistent awe as I soared through the skies in Vah Medoh, the aquiline colossus of the Rito, but soon became frustrated by the fact that I couldn’t do… well, anything that I was supposed to. I eventually brute-forced my way through the chapter, but what started off as one of the most impressive missions I’d seen so far quickly became the bane of my present existence. Divine Beast my arse, this yoke keeps banging its head against the out-of-bounds wall.

My only other issue with Age of Calamity was performance. Playing handheld was great: aside from slow depth-of-field loading — likely due to the fact there are approximately 700 billion enemies on the screen at all times — it was a totally smooth experience. Combined with the illustriously gorgeous Breath of the Wild aesthetic, it was a real joy to play. But then my Switch needed charging, and as a reviewer I wanted to test it out in docked as well. As soon as I turned on the TV the frame rate juttered. Raindrops looked like those lines you get on your telly when the resolution dies. 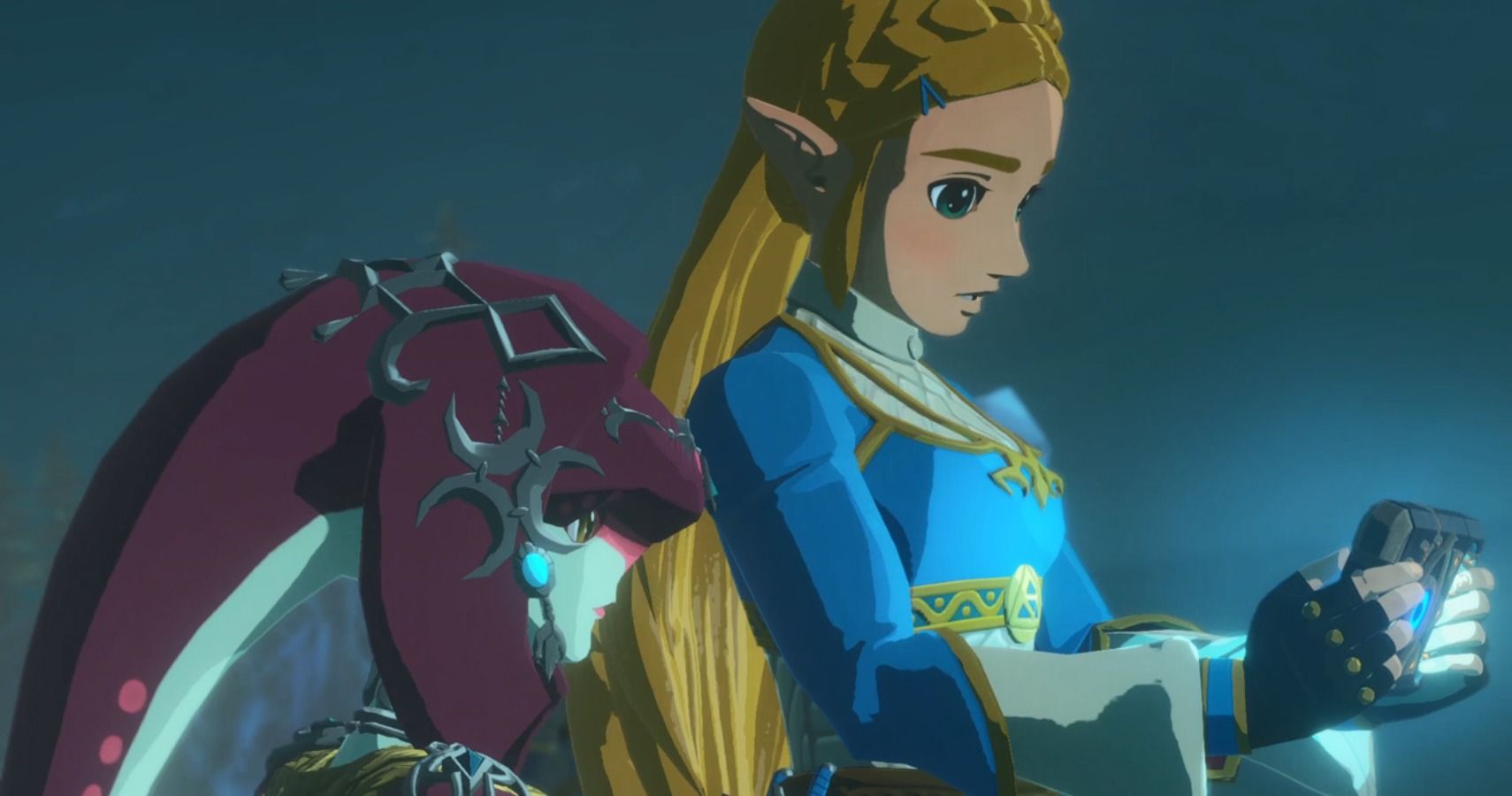 Admittedly, this isn’t a big deal for me. I rarely play docked, and spent the vast majority of my time with the game in handheld mode. I also assume that Nintendo is fully aware of these performance issues and recognize that a patch could remedy them.The parts made unplayable by Joy-Con drift were far more of a nuisance, largely because Nintendo still refuses to acknowledge that it’s an issue and Joy-Con are expensive to replace. Age of Calamity launches over three years after the 2017 class-action lawsuit against Joy-Con drift was opened. To get the fullest experience of this game and save yourself from wasting quadruple the amount of time it should take on certain missions, you might need to supplement your game purchase with hardware replacements, too.

Age of Calamity is spectacular, and probably my favourite game of the year. As a way of proving that, I went to make a cup of tea while playing and got so engrossed in the game that by the time I remembered about it, the teabag had stained the inside of my favourite mug. I don’t think it will ever be truly clean again.

It teems with little story beats I’m not allowed to talk about that will make long-time Zelda fans reel with excitement, and its fast-paced, punchy combat is brilliantly belligerent. I haven’t gotten into the art much, because you probably know from the trailer that it looks like Breath of the Wild, but for what it’s worth: it’s gorgeous. It gives voice and agency to a variety of excellent characters who deserved them, and I think its narrative is shaped with a sense of finesse that, on close consideration, is quite endemic to Zelda as a series. It’s just a shame that it’s held back by the only hardware it’s playable on, both in terms of input controllers and screen resolution. 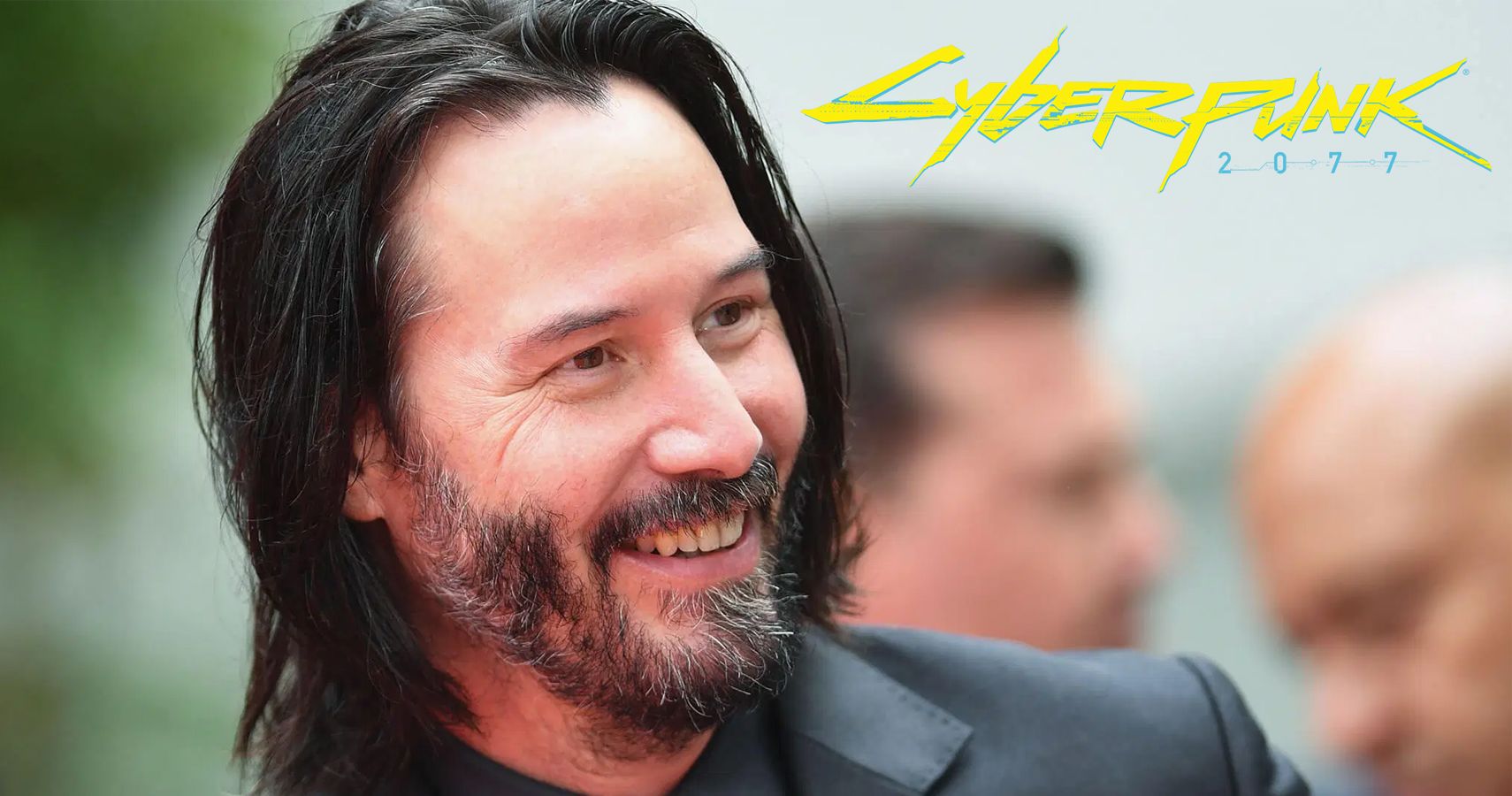 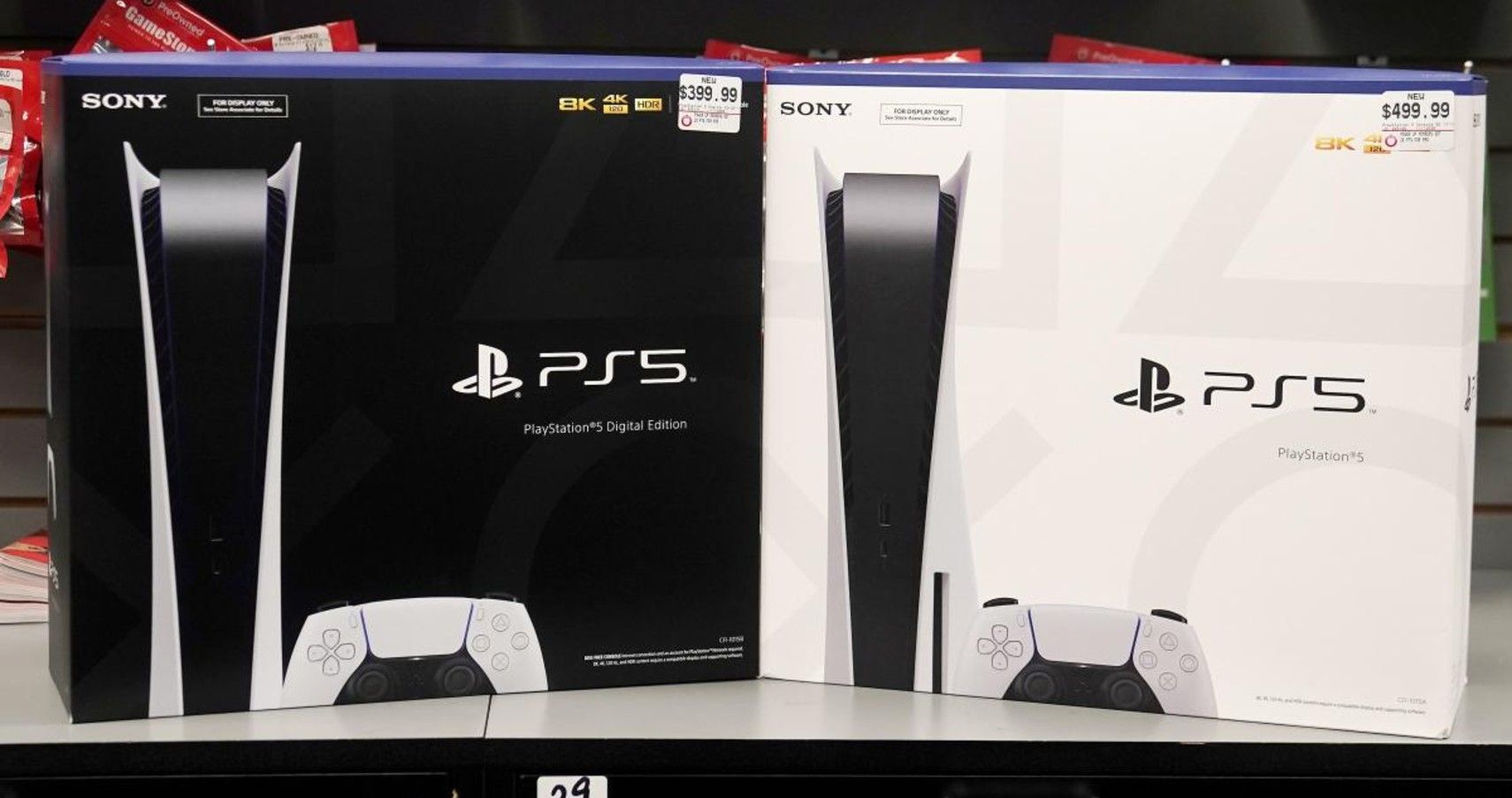