I’m sick of waiting for PS5s to come back in stock, and I really want to play a cyberpunk game, but I respect myself too much to buy Cyberpunk 2077 on PS4 – I have mixed feelings about cross-generation games. Instead, I decided to buy Ghostrunner, a free-running, cyborg slasher that I’ve heard nothing but great things about. The game plays a bit like Hotline Miami, where everything – including you – dies in one hit. This means that you die a lot, but I really appreciate the way the game handles death. It doesn’t restart a level or make you sit through a long loading screen while you contemplate your many failures. It just instantly restarts the action. It’s as quick and easy as refreshing your browser, a beautiful piece of ludonarrative harmony.

Ghostrunner takes place in dystopian arcology Dharma Tower, where you, Jack, have to wall-run, jump, swing, and dash through various levels and rooms filled with murderous thugs. You’re armed with nothing but your mobility and an awesome sword that you can use to slice through foes and deflect bullets with. I thought things would start off easy, but they don’t. Comparatively easy by later level standards, maybe, but still not easy overall. I died so many times in the first level – 26 to be exact. This is how I know I was born to be a games journalist. At the end of each level, the game shoves stats in your face showing you just how bad you are, like a cruel master rubbing a dog’s nose into the carpet they pissed on. The highest death count for me so far is 97 – please don’t take away my gamer card. 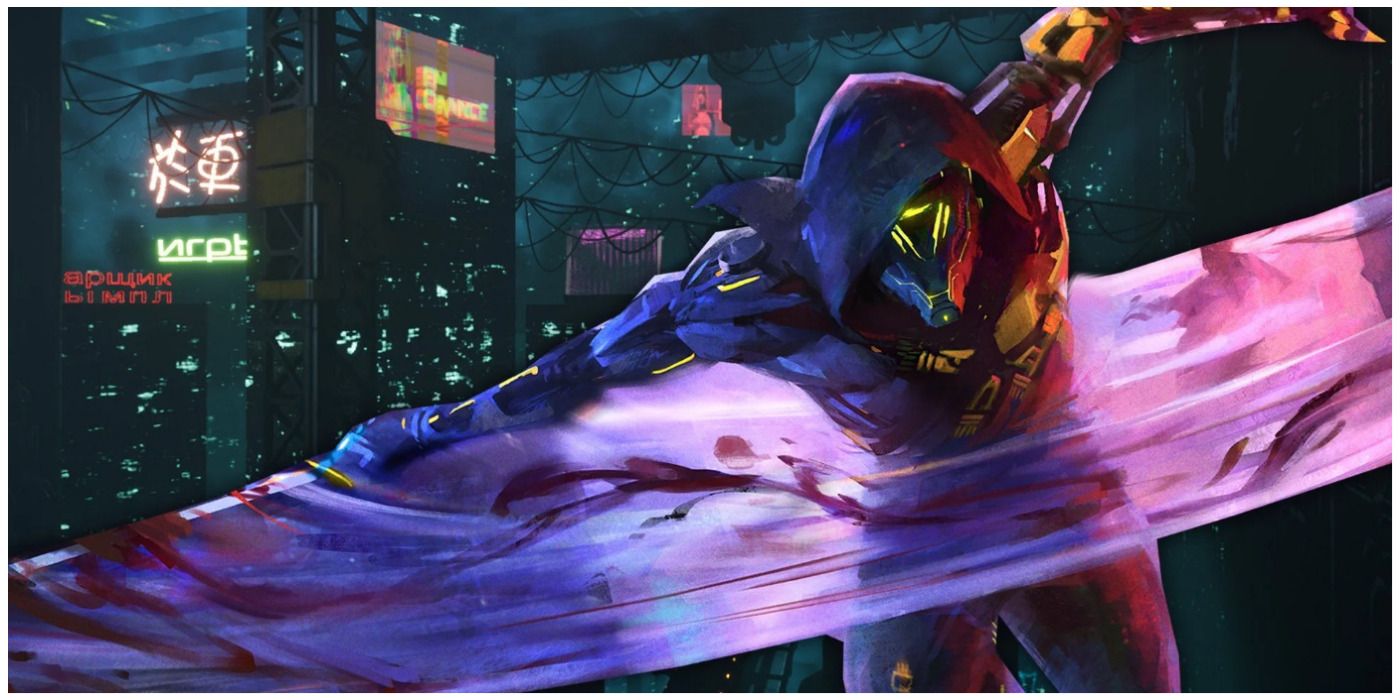 What stops all these deaths from becoming frustrating is the swiftness with which the game shoves you right back into the action. If you die in the middle of an encounter, you just press a button and respawn right before the encounter begins. It isn’t a fancy time loop mechanic or anything like that, just a really forgiving checkpoint system combined with non-existent load times. Sure, the game calls you a failure every time you die, but you did fail, so that seems fair. Death is an important mechanic in many video games, and how it’s integrated can really make or break the game. Playing Bloodborne back when the loading screens were super long was almost unbearable, and made me dread making mistakes, rather than being excited to learn from them. This made me play cautiously initially, rather than fast and aggressively. Fortunately, Ghostrunner doesn’t have this issue and I can play as aggressively as I like.

The enemies in this game aren’t like your average Stormtroopers – they have sharpshooter accuracy and great reflexes. You have to move constantly to avoid being shot, and fortunately, you have a lot of mobility options available to you so that you can stay on the run. Unfortunately, the game’s FOV is severely limited, meaning you lose a lot of your peripheral vision so I often die from a bullet catching my side or back, but being able to instantly try again made these deaths little more than a mild annoyance. Don’t get me wrong, it still stings when I’m deep into a sick combo, leaping into the air towards the final enemy, and then a mistimed swing means instead of deflecting the bullet they’ve just fired at me, I miss and it shoots me out of the air like a fly being swatted down. But the rage is short-lived as I can dust myself off and go leaping into the air again the very next second. This means that it’s easy to approach encounters differently until you find a path through the enemies that works – normally straight through their guts. 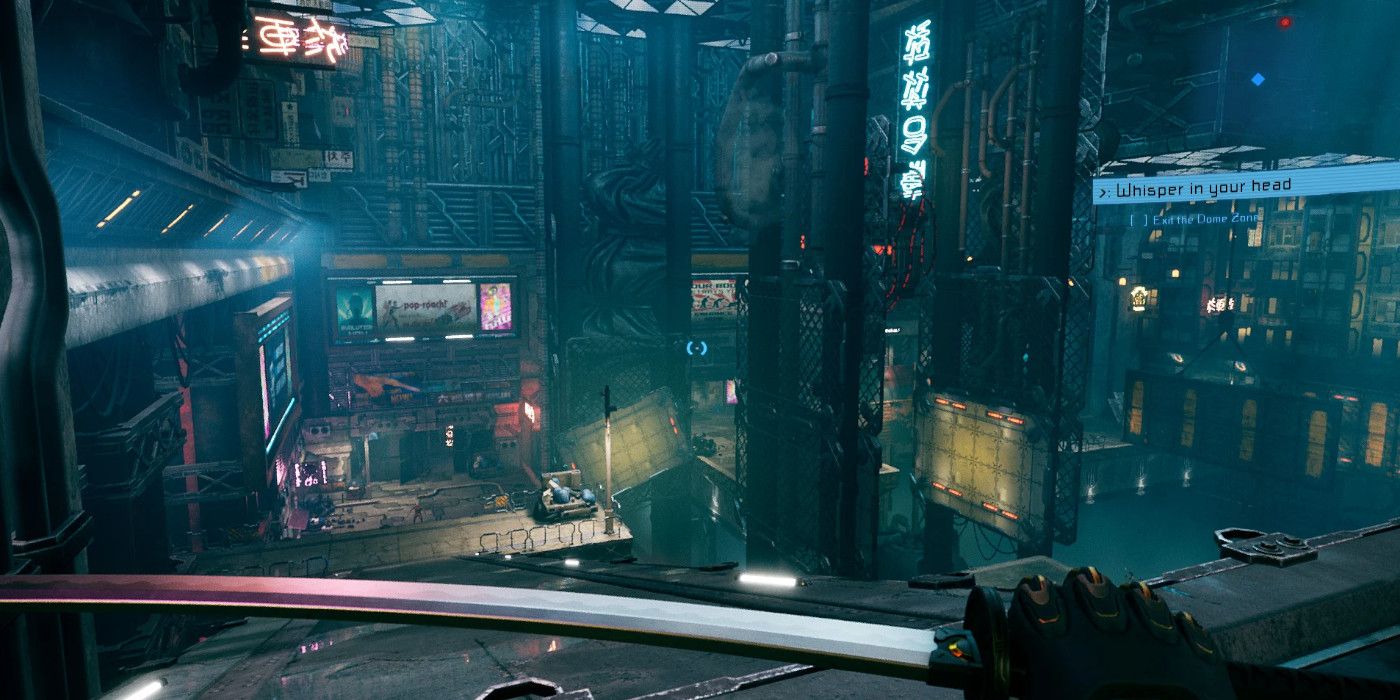 You can also restart an encounter at any time with the click of a button. If you can see a shot coming towards you or you mistime a jump and start to fall into the abyss below, you don’t even have to see a death screen before you can try again. This helps to keep the game fast-paced and action heavy, essential for a game all about slicing people open as quickly and stylishly as you possibly can. When you do find your groove and hack and slash your way through a room, it feels so satisfying. All the deaths are pushed to the back of your mind as the thrill of finally beating a tough section washes over you.

Ghostrunner is a slick game that’s difficult yet immensely rewarding when you play well. I’m so happy the developers managed to make death such a non-issue, as even short loading screens would have completely ruined the flow of the experience for me. Death is an important part of this game, but it isn’t an obtrusive part. It’s a quick reset that allows you to catch your breath, collect your thoughts, and run through the goons in Dharma Tower like the ghostrunning, cyborg killing machine that you truly are.