I was, like a lot of people, disappointed by Cyberpunk 2077. I don't think it's a bad game, but I went in expecting a deep, rewarding RPG set in a rich, reactive world—and didn't get any of that. This isn't entirely my fault. In the run-up to its launch, developer CD Projekt RED explicitly sold it as a role-playing game. This was, after all, the studio that made The Witcher 3, one of the best RPGs of recent years. Why would I doubt it? But it seems even CDPR began to doubt itself, removing all mention of the word 'RPG' from its marketing materials shortly before launch, and instead describing the game as an action/adventure.

Cyberpunk 2077 is not an RPG. It has RPG elements, but as a game it has more in common with Eidos-Montréal's Deus Ex prequels. When I started playing it a year ago, even taking a day off work to give it my full attention, my body and mind were wired for a full-on role-playing experience. I was ready to completely lose myself in Night City, one of the most detailed and dynamic open world cities ever created—well, at least it was according to all the pre-release hype. I was eager to create a character, my very own V, and shape them into someone unique to me. I'd been dreaming of an RPG set in a Blade Runner city for years.

But the more I played, progressing through linear, heavily scripted story missions, and realising the world is really just a flimsy cardboard movie set, I became increasingly deflated. "Is this it?" I wondered if my game was bugged, because there was nothing showing up on the map indicating I could go there to change my face or get a haircut or a tattoo. Turns out you just can't customise your character at all—in this, a world where body modification is a way of life. Besides a skill tree and some largely meaningless dialogue options, the opportunities to actually play a role in this alleged RPG were minimal at best. 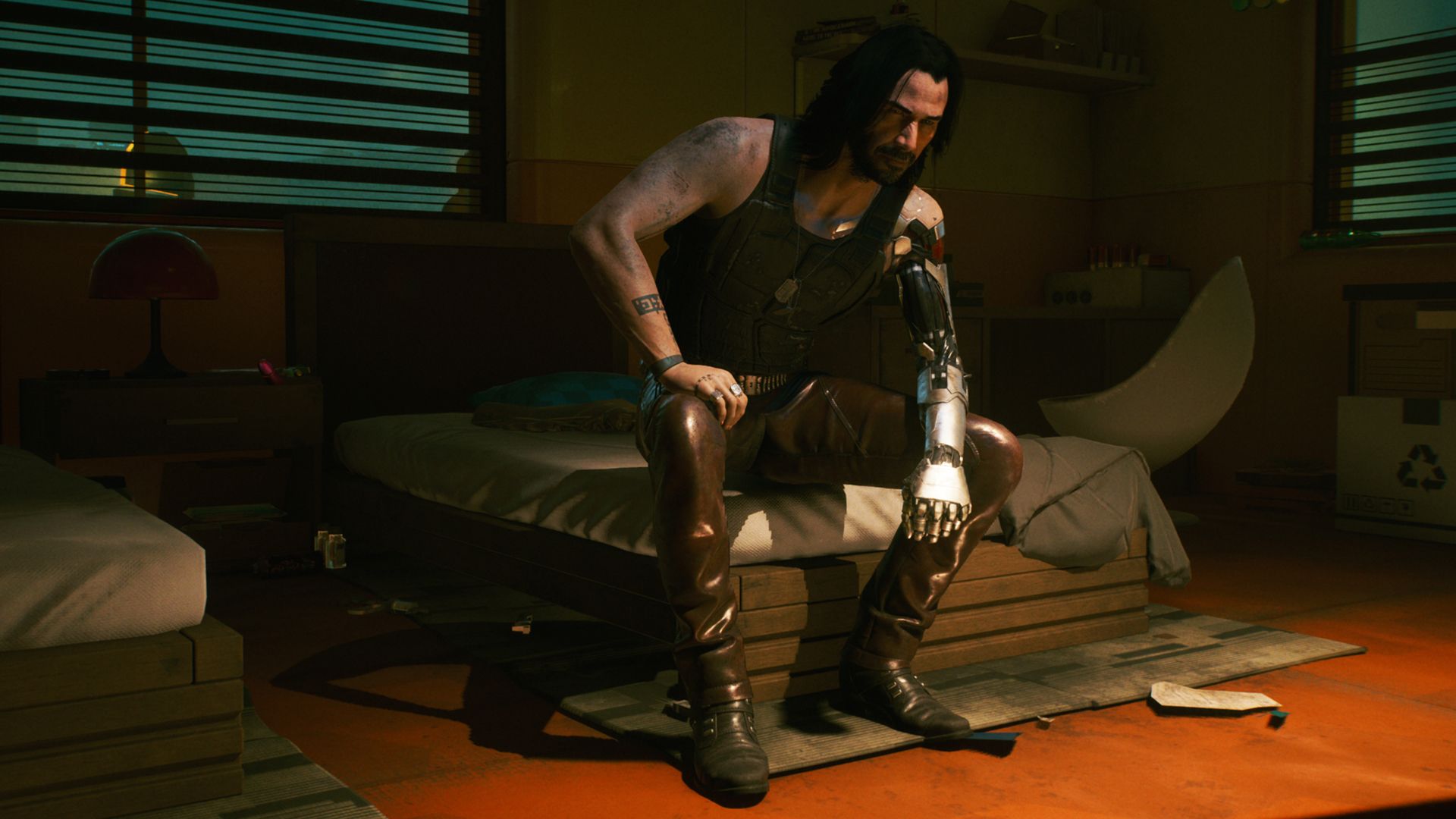 Night City was impressive at first. I was blown away by the atmosphere and the sheer density of the city. It's impactful from a distance, certainly, but doesn't hold up to much scrutiny. Look closer—which you inevitably will, this being a first-person game—and the illusion falls apart. This is a massive city, but decorated with a surprisingly tiny selection of heavily recycled assets. The pedestrians on the street are mindless robots pacing back and forth. Some scripted conversations repeat every time you revisit certain locations. Even important locations like V's apartment are filled with the same junk as everyone else's.

My point is, Cyberpunk 2077 is a failure as an open world. It's superficially pretty, but ultimately static, lifeless, and unconvincing. I really tried to engage with it, spending time between missions walking the streets, sightseeing, and talking to people. But there's really nothing there. It's a theme park full of animatronic dolls who spout nonsensical lines of dialogue. There isn't even a proper police simulation, with cops spawning out of nowhere, or mysteriously vanishing mid-chase if you drive fast enough. The artifice runs deep, and very rarely was I convinced enough by Night City to actually believe in it as a place.

So in this playthrough, I've decided to forget about the open world altogether. I'm taking it for what it really is: an elaborate backdrop for a linear first-person action game, not a dynamic, simulated world. The result of this mental readjustment—focusing entirely on the story and not expecting to have any real impact on it—is that I'm enjoying Cyberpunk 2077 a whole lot. Approach it as a straight-up narrative-led action game and it's great, full of lavish set-pieces, varied locations, surprising twists, and interesting characters. If CDPR had sold the game as this, I don't think there would have been half as much backlash. 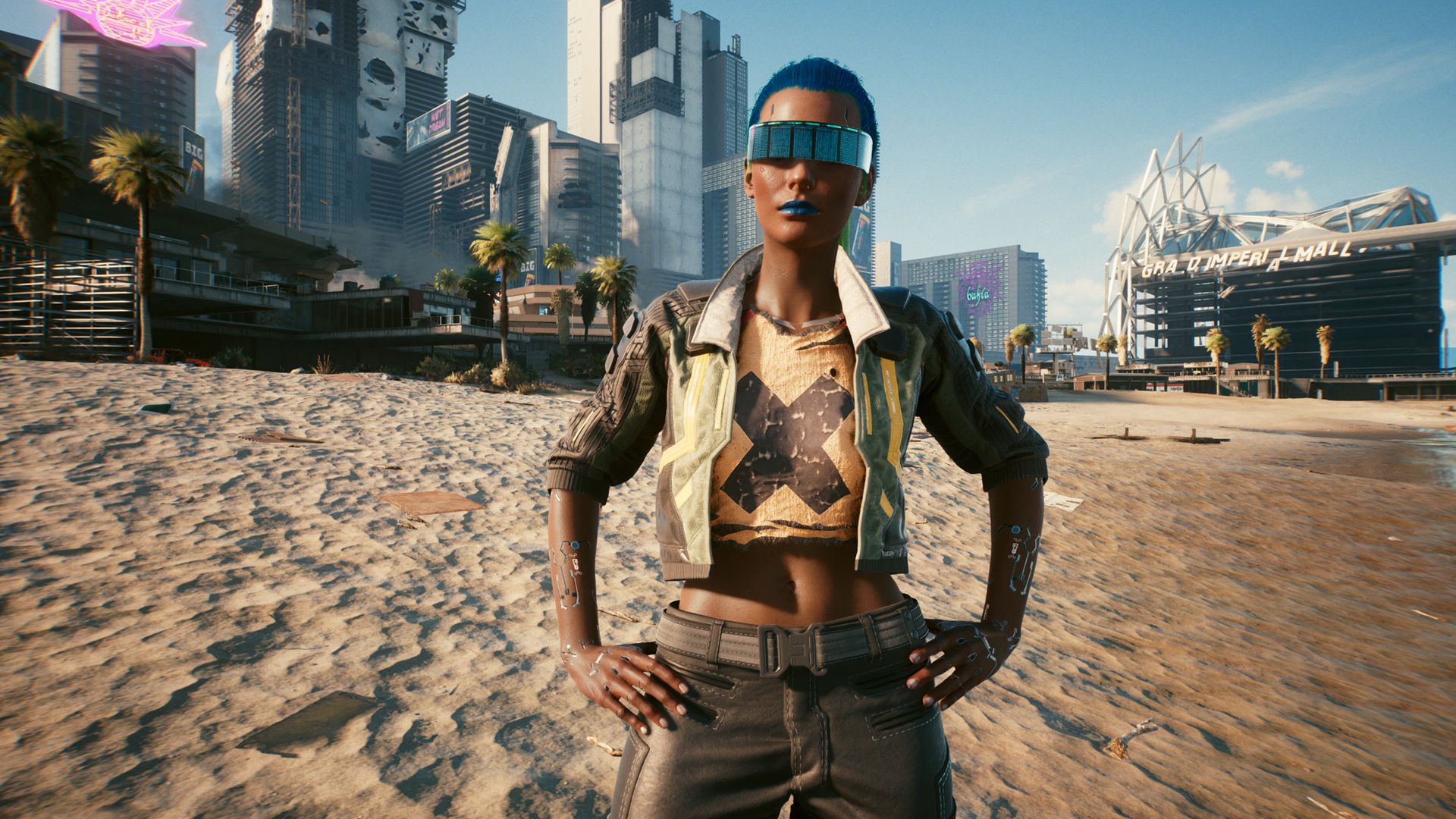 I still don't think the writing or quest design are as good as anything in The Witcher 3, but there are still plenty of memorable moments—and some fun, open-ended combat sandboxes that let you get creative with your weapons, gadgets, and cyberware. A year ago, I was yearning for something deeper, but now I'm just enjoying the sheer spectacle of this expensive-looking video game. It's also a way of seeing Cyberpunk 2077 in its best light, as the story is now mostly bug-free after an avalanche of patches. It's in the more unpredictable open world where things continue to glitch out, albeit a lot less than at launch.

I'm still disappointed that I didn't get the dystopian sci-fi RPG I've been dreaming about all these years. I expected Cyberpunk 2077 to be the only game I played for months after launch, but I got bored of it surprisingly quickly. However, now that I'm treating it like just another 20-hour action game, I'm appreciating it for what it is, rather than what it could have been. I've made peace with the fact that my character will never truly be mine. The open world is still there, but I'm only seeing it through the windshields of various cars as I drive or am driven between mission markers. Strangely, Night City feels much more believable this way.