If you like capturing territories, building up armies, and biting a whole lot of necks then Immortal Realms: Vampire Wars should sound pretty dang good. It’s a new strategy game where you get to take control of a variety of different forms of bloodsuckers and wreak havoc across the European countryside.

Unfortunately, while this sounds like a great combo for all you undead fans who want to roleplay as both a violent vampire and a violent army general, the gameplay never cuts particularly deep enough to make it a worthwhile experience. 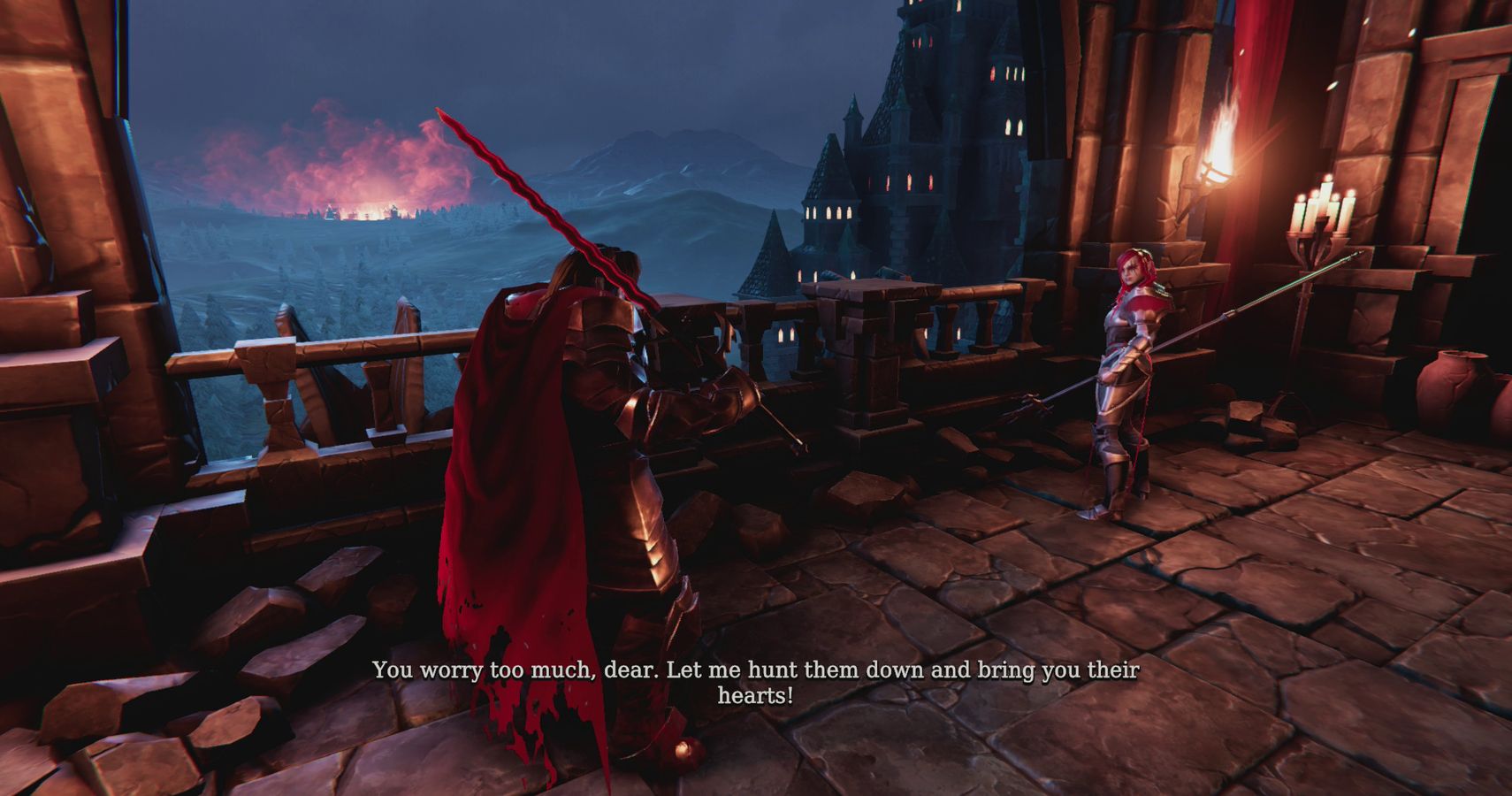 There are three separate story campaigns available that have you controlling vampire clans that all possess different abilities and unit types. The first campaign has you playing as the Dracul, which are your standard fancy vampires that live in castles and use military tactics. Then there’s the Nosfernus, which are your creepy, demonic, Nosferatu-esque vampires that can raise the dead. Finally, for those of you looking for sexy vampires, there’s the Moroia that use magic and alchemy. So yeah, all your vampire bases are covered here.

These campaigns weren’t all that exciting to play through. They feature some lackluster voice-acting and cutscenes with very limited animation. However, each campaign is a decent length, so there’s plenty of vampire content here. I just wish there was a narrative worth sinking my teeth into.

The sandbox mode is much more enjoyable. In there, you can ignore the stories and just travel around the map killing indiscriminately, trying to build up the legacy of your vampire family, and competing with rival vampire clans. It’s a straight-up strategy experience where the bad voice-acting is kept to a minimum. With the exception of the irritating, endlessly repeated cries of your units. Hearing them say the same voice lines like, “We serve the Dracul,” really started to grate on my nerves. 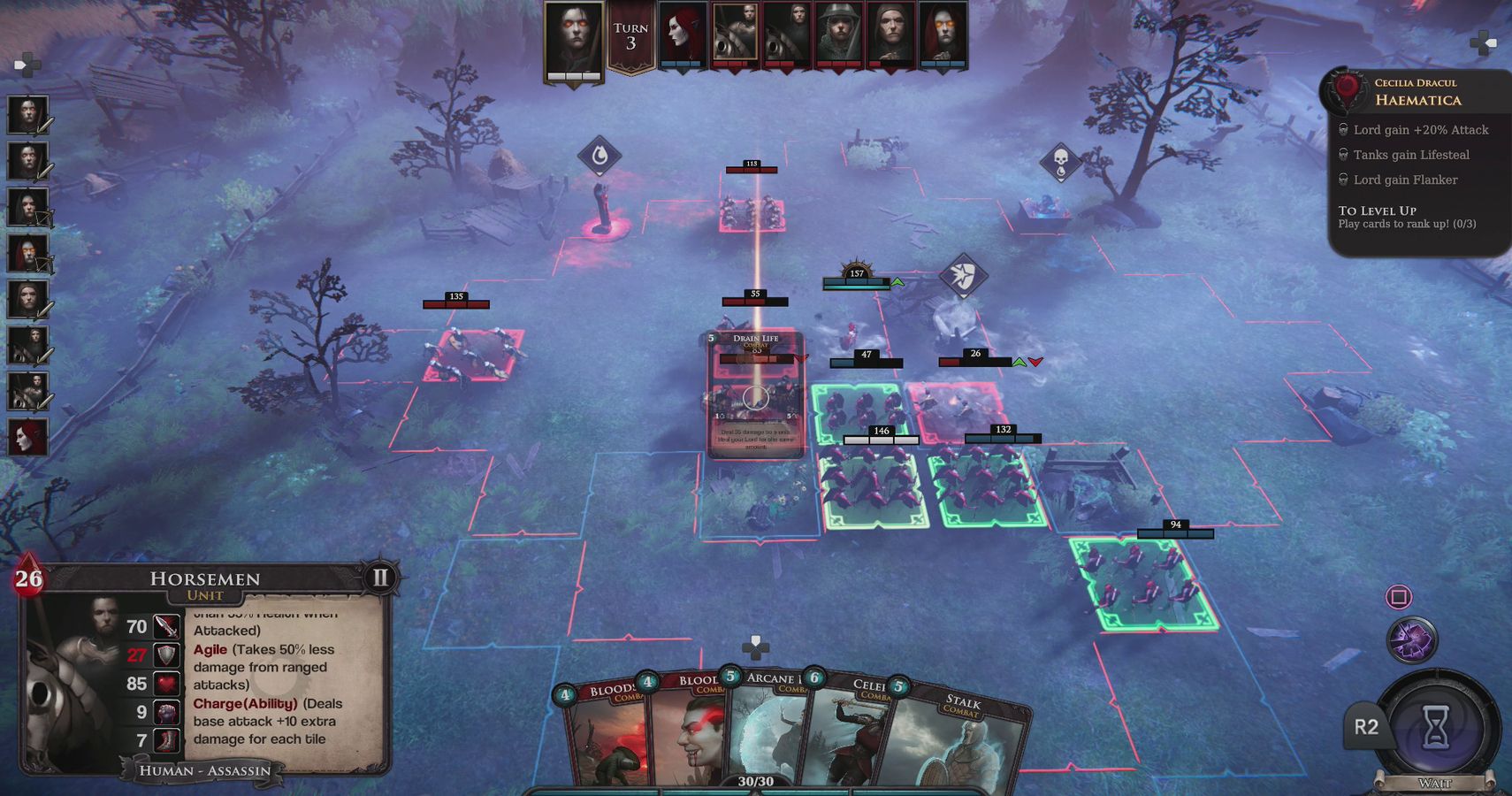 Gameplay consists of moving your troops, invading villages, and collecting the game’s major resource: blood. You’ll receive different objectives such as investigating a town or exterminating enemies. Each platoon has a certain number of action points that are spent whenever you move to a new space or perform an action. There will also be rival armies of rebellious humans or monsters who will want to end your everlasting life. The map also contains areas where you can recruit new units, gain buffs and special loot, or acquire new cards for you to play.

Cards are actually a very significant part of Immortal Realms’ gameplay. You’ll gain a hand of different cards that can be used in and out of combat. When on the map these can be used in exchange for blood. They’ll perform different actions like buffing, healing, and upgrading your units, or finding new members to join your ever-growing vampire army. During combat, cards are used as offensive or defensive spells that require mana to cast. As you gain experience, your vampire lord will level up and that means you can upgrade your cards as well to make them more effective. It’s a unique gameplay mechanic for a strategy game. It’s like someone took a bit of Hearthstone and decided to shove it into a Civilization game.

I actually wish more card-battling elements were put in place rather than the mediocre turn-based combat. Each battle has you placing your units on your side of the battlefield and then moving towards the enemy. Some units will have special moves, such as a long-range attack or the ability to gain armor. There are also specific spaces that may activate a specific power like gaining health for killing a unit or teleporting to another spot on the map.

But for the most part, these fights are just moving your units, attacking, and then using a card to cast a spell. You can spend ten to twenty minutes just clicking on each unit and doing damage until one of you is dead.  There’s nothing unique or enthralling about the combat and it takes up far too much of the game. The cards definitely help to spice things up, but I found myself feeling immensely bored during these battles. Thankfully, there’s an auto-resolve option so you can just skip combat if you’re sure to win. Although fighting is a big part of Immortal Realms, so doing this means you’re practically skipping half the game.

Immortal Realms’ graphics didn’t do much to draw me in either. It’s a visually plain game with basic battle animations, bland unit designs, and a series of maps that mostly consist of spooky, nighttime forests and mountain regions. During the cutscenes, there is some decent art for the various vampiric protagonists, but there’s nothing here that I’ll remember after I’ve finished with this ho-hum adventure. 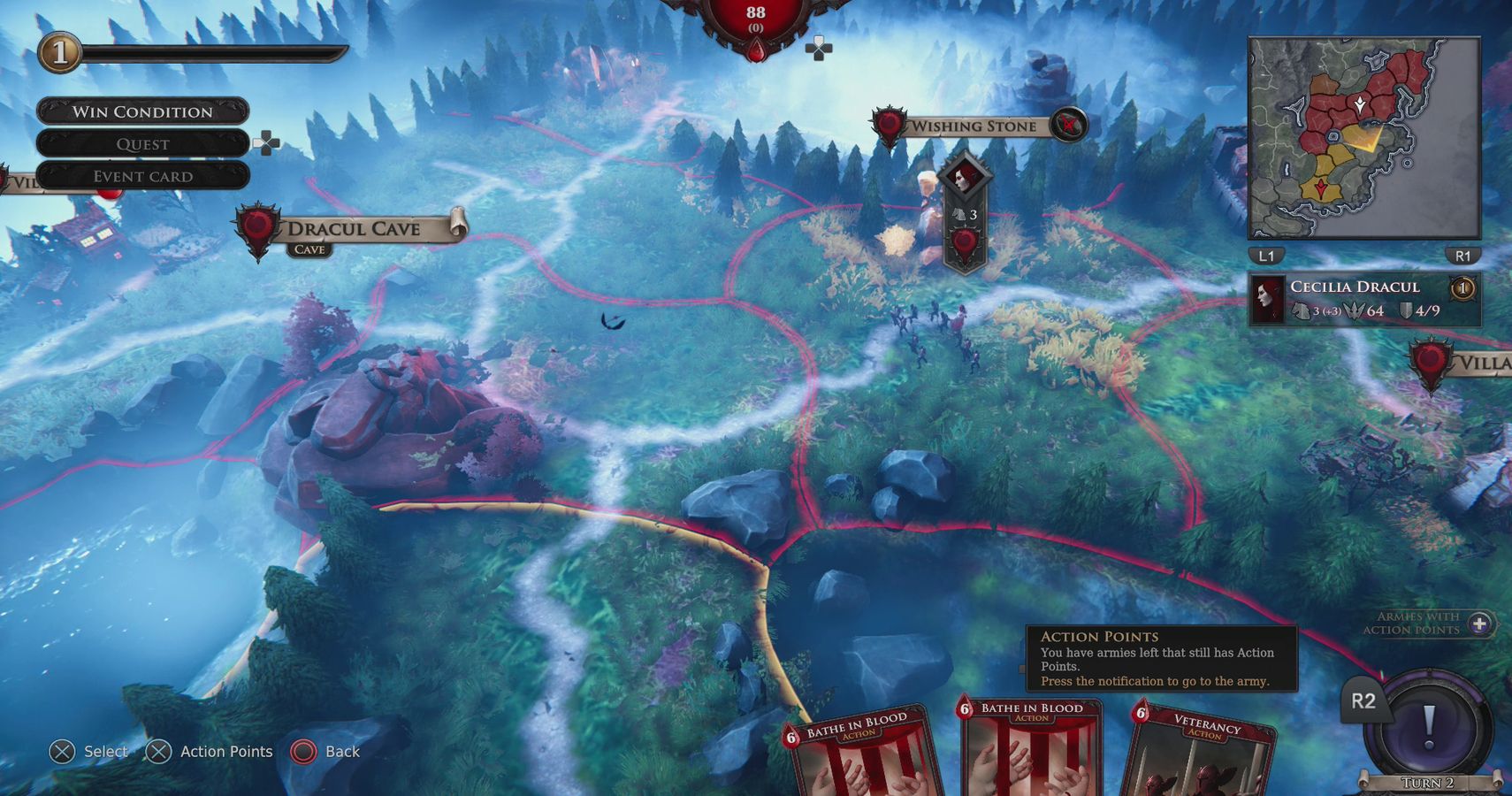 The idea of controlling a vampire army sounds awesome, but in execution, Immortal Realms: Vampire Wars is just a dull, plodding affair. There’s not much strategy involved in moving your troops and the combat is tedious and long. The best thing about the game is its implementation of card battling mechanics, but even that ends up feeling half-hearted.

But, I will say that Immortal Realms: Vampire Wars is very true to its subject matter, as it did feel like the life was being sucked out of me as I played it.

NEXT: Yes, Of Course Someone Recreated P.T. Using The Classic Doom Engine 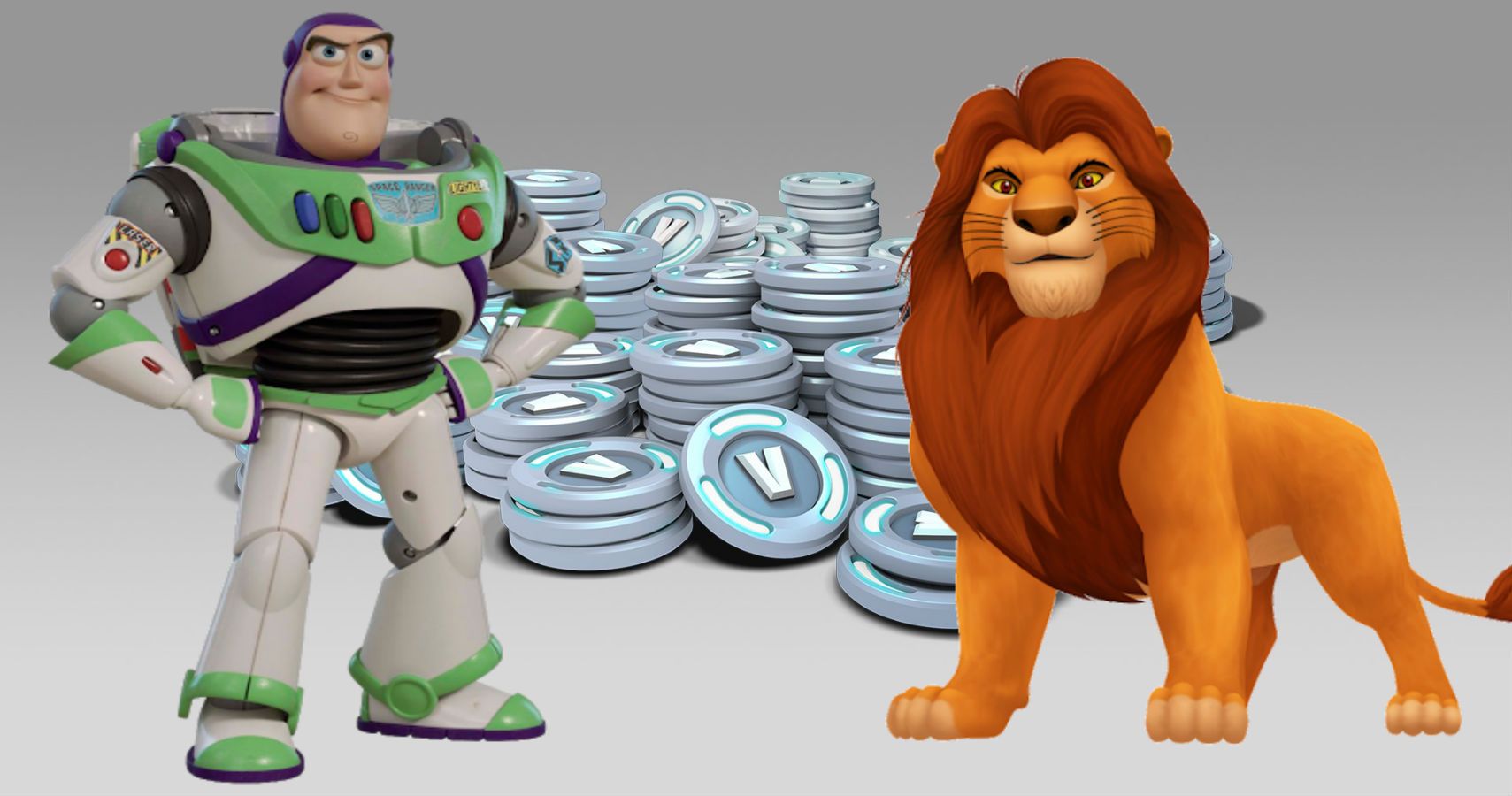