“While Jak is ostensibly a platformer, the gameplay environment is more expansive and cinematic,” Jak and Daxter composer Josh Mancell says. “The playable character [Jak] is able to explore the surrounding areas as well as complete tasks and missions. The soundtrack was created to mirror this dynamic.”

Jak is now 20 years old, but the series still has a dedicated fanbase clawing for remakes and sequels. The burning desire for more of Naughty Dog’s platformer is felt, and while the studio has toyed with going back, even saying it wants to, it doesn’t look like we’ll see the kid from yesteryear and his furry companion on our consoles anytime soon. Part of its lasting legacy is the identity it carefully crafted – the original has a distinct, child-like sense of wonder. It’s colourful, rich with quirky characters, and a treat to explore, but it stems from the music as much as it does the visuals and game design.

“When composing for media projects – whether it’s film, animation, games, etc. – I’m heavily influenced by visual design and how it creates a sense of place,” Mancell tells me. “Jak’s graphics are beautifully detailed and the non-linear type gameplay immerses the player in expansive environments. I used this visual information to offer up musical inspiration for the Jak soundtracks. How this manifested specifically is difficult to articulate but it certainly had great power and influence! My primary goal with every scoring project is to create music that feels like it belongs there.” 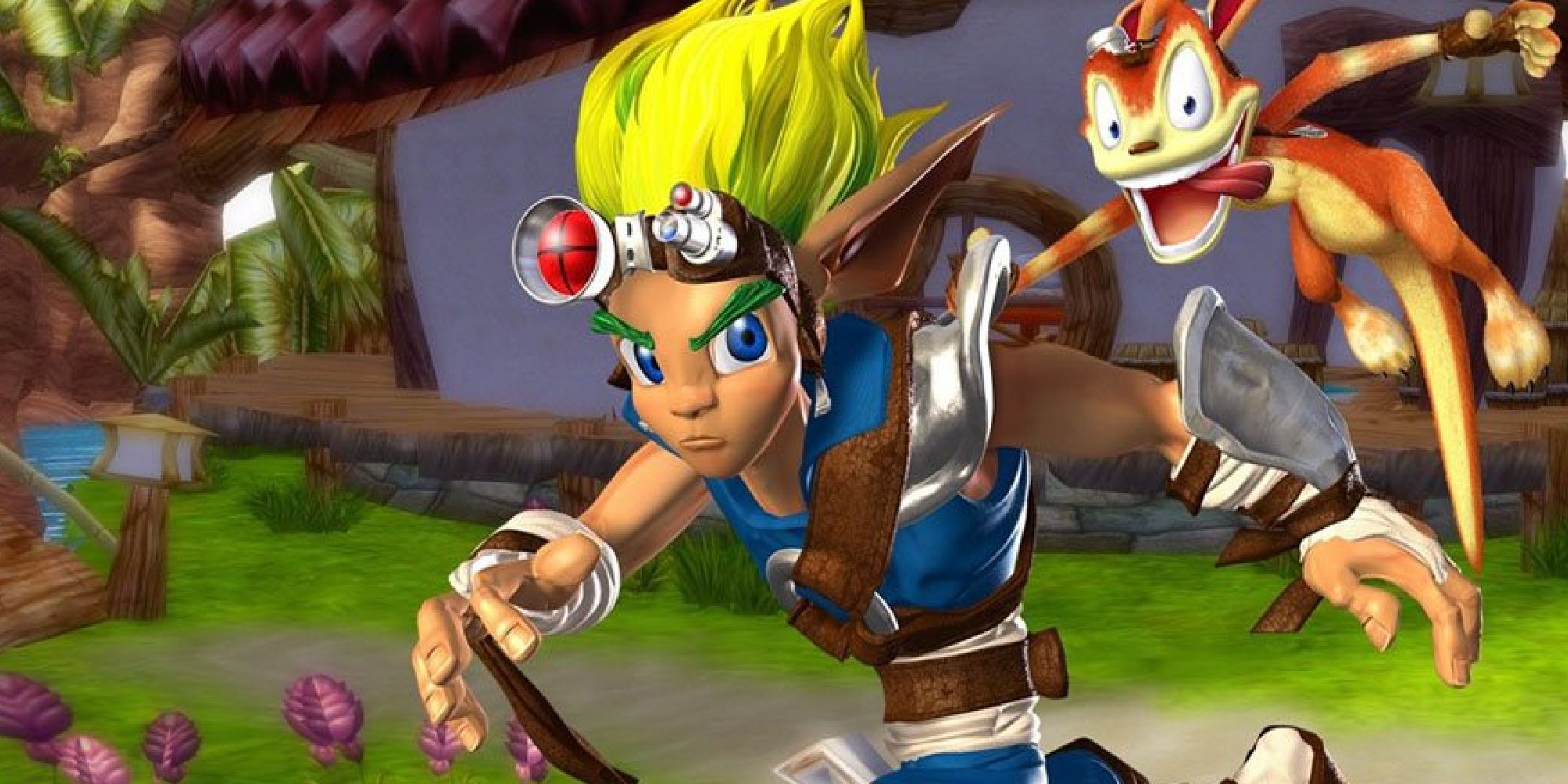 Jak has a strange air of familiarity – it’s fanciful, like an old Camelot story with wizards, magic, and even elves. Just look at his ears! But at the same time, there are futuristic elements that stem from even older precursors, with animals that are nothing like those we know. It’s alien in a way, yet it all blends together perfectly to create its own character.

“I wanted to make something akin to the so-called ‘world music’ genre but have it sound like world music from another world. I found instrument sounds from various countries and cultures – then combined them into different sound palettes for each theme,” Mancell says. “The technical restrictions on the first two Jak games made it difficult to use a lot of sustained notes, so I split the difference by using short percussive instruments to provide the rhythms and melodic patterns and then carefully – and sparingly – used instruments with longer duration time for the more expressive parts. The same goes for the background ambiences. I would build one or two sound beds per level that could easily be looped then integrate the more overtly musical parts.

“I think a lot of the distinctness is born of limitations,” Mancell adds. “The technical restrictions yielded, in some cases, drastic choices in order to write effective music with a limited memory budget. Another goal was to create something other than an expected orchestral flavoured fantasy soundtrack. I ended up using a lot of non-Western instruments and traditional, Western orchestral instruments such as the French Horn and Cello. Additionally, I feel the Jak games have both an ancient and futuristic vibe about them – I wanted the music to evoke both qualities.” 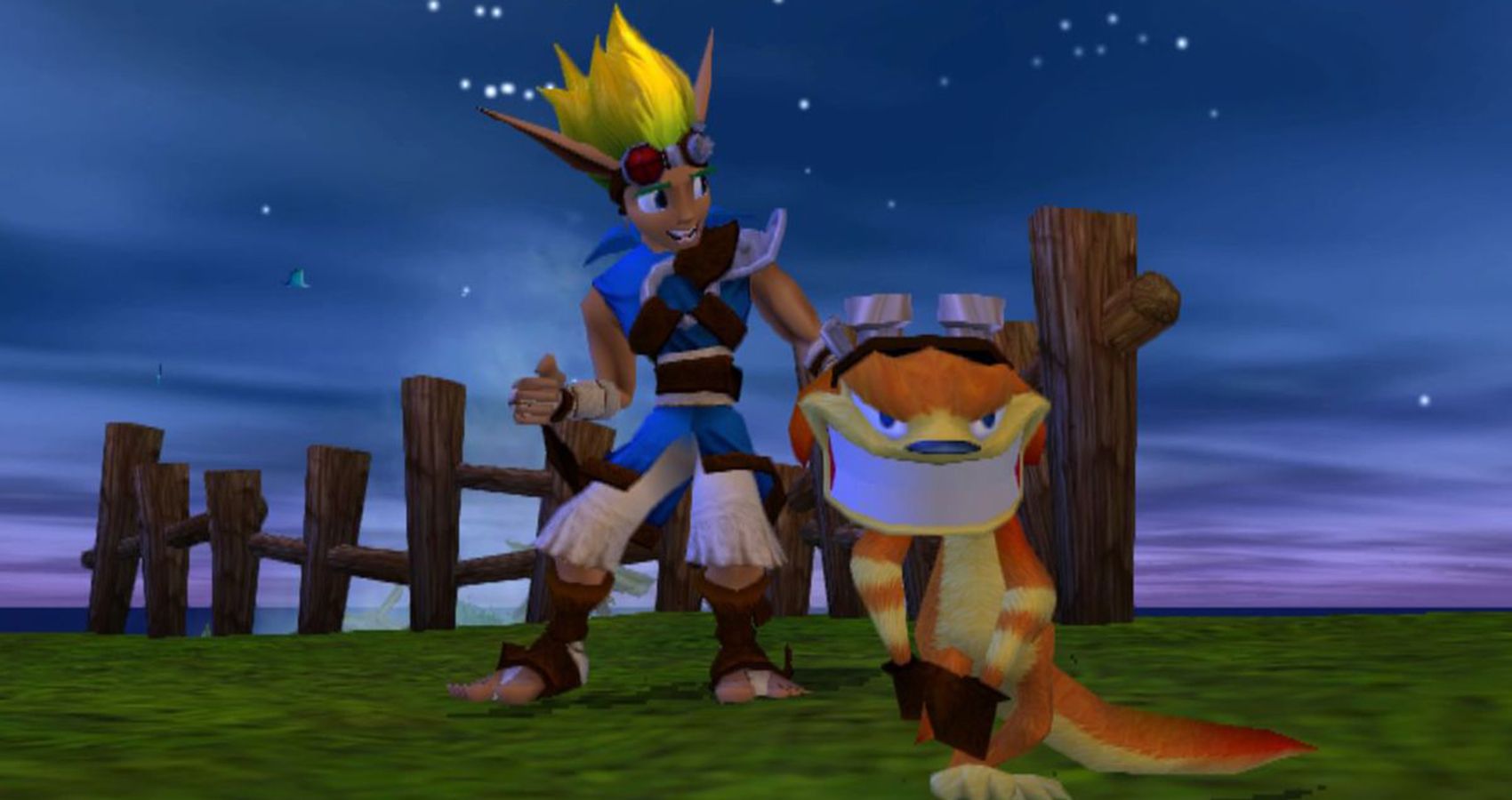 This is best seen in the precursor ruins – they’re giant, sprawling, underwater caverns of beige architecture that wrap around onto themselves. There are modern pipes, electricity, and platforms moved by energy – it feels contemporary yet, at the same time, ancient in design, like we’re exploring old Aztec temples. It’s a fine line that Naughty Dog walked, but the music complementing these zones adds to that mystified atmosphere like we’re not really supposed to be here.

“The Precursor City definitely has a looming quality,” Mancell tells me. “It’s a submerged, subaquatic environment, and I wanted the music to have that feel – a wobbly, wet kind of sound. I used instrument sounds that evoke slow-motion waves as a foundation for the main arrangement. I also used slowed down, echoey, metallic percussion sounds to help put the player in this cavernous underworld.”

A lot of these ideas for how the music would flow with the game stem from Mancell’s own inspirations: “I gravitated to Jerry Goldsmith’s Planet of the Apes score. It similarly uses a varied collection of non-Western instruments that combine with traditional western orchestral instruments in unexpected yet effective ways. I was also listening to a lot of leftfield electronic artist Richard H. Kirk. His tracks are often composed with only a few instruments – yet his arrangements have subtle shifts and nuances that keep them interesting and listenable over longer periods of time. 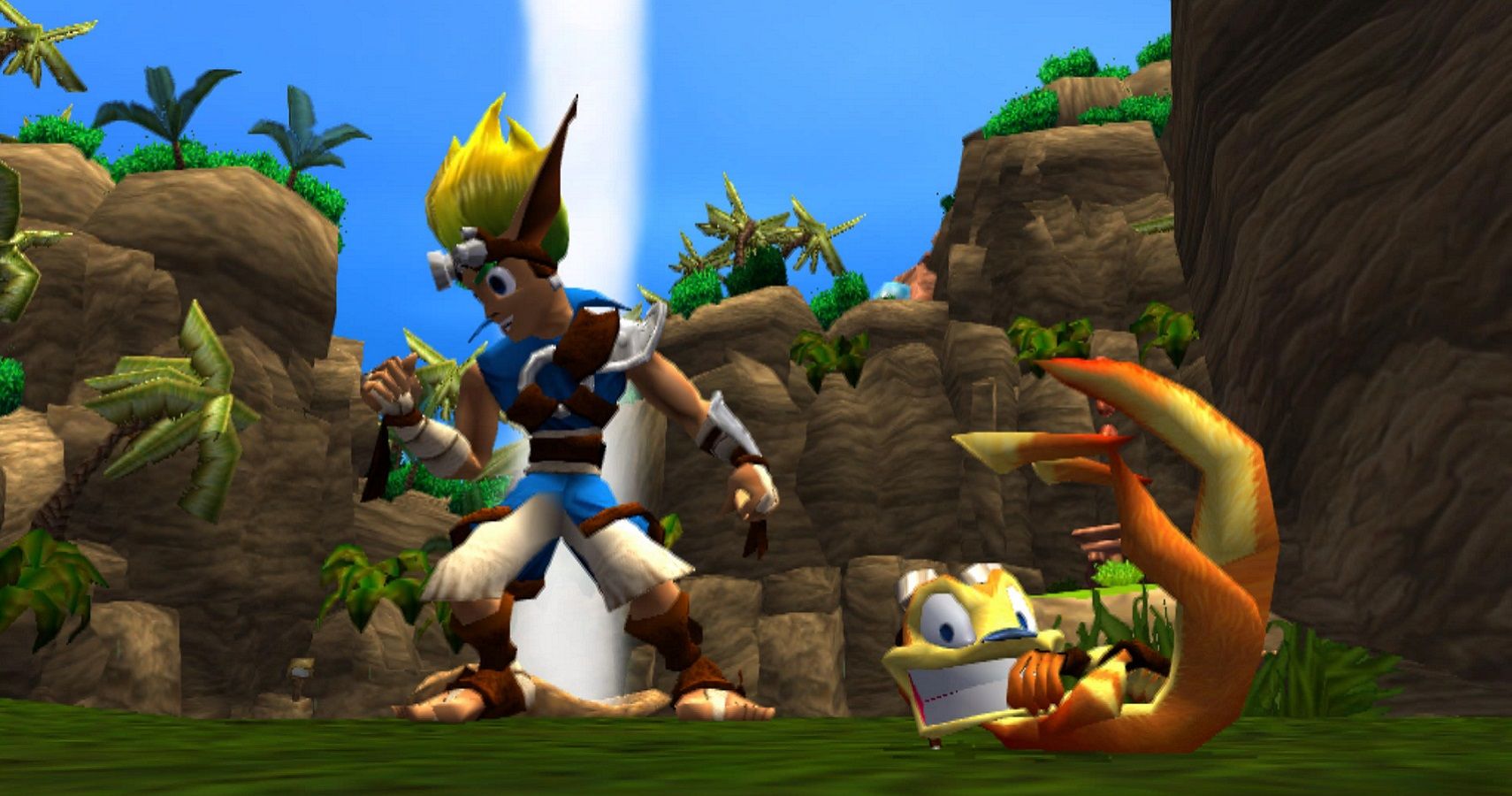 “Most importantly, I drew inspiration from the game itself. Even though I obviously wasn’t playing the final version, I was able to get an overall feel for most of the levels – how they looked and felt as a player. I was also given a tester console and Naughty Dog would periodically send me playable discs of levels as works in progress. It took a lot of discipline to not get hooked into playing the game for hours when I had deadlines to meet.”

This synergy with Naughty Dog was something key in development, something that he hadn’t seen before when working on Crash Bandicoot. Naughty Dog had a new approach to music, one that Mancell was fascinated by.

“In the first Jak game, we were able to have the music either add instruments based on where you were in a particular environment or switch entirely if you began a different level or mission,” Mancell says. “This was our first attempt at an interactive score that would respond dynamically to gameplay. In the second Jak game, things became more complicated in terms of having the music shift and switch based on specific actions. DIfferent layers of instrumentation are triggered by the player’s use of a vehicle or a weapon. We also implemented different ‘danger’ themes to kick in when the gameplay becomes more action-oriented.”

Mancell is responsible for the music of many people’s childhoods – yes, Jak is that old – whether it’s the first three Crash Bandicoot games or the Jak and Daxter trilogy. Perhaps we’ll luck out one of these days and return to the world of precursors once more with the upbeat drums banging away as we manoeuvre through luscious forests and treacherous swamps. Maybe one day. For now, though, Mancell’s music has been eternalized through these classics.