Being a Pokemon gym leader seems like a pretty sweet gig. Sure, there’s probably quite a bit of effort involved in getting there, but once you’re established as a town’s gym leader, it’s a pretty easy life, right? You just get to stay in whatever town you’re set up in, be regarded as the most important person around, and occasionally battle some trainers after your minions have weakened them first. The best part? You don’t even need to win. You’re there to provide a challenge, but ultimately, your job is to be beaten. Trainers need to get through to the Elite Four, so the gym leader’s purpose is to put up a fight, but in the end step aside. Gym leaders are like Santa, in that 99 percent of the time they do no work at all.

It’s a very cushy job too, or at least it is for most of them. If you look at the Kanto eight, seven of them are beloved, and the other one is Erika. You might be sitting there thinking “I love Erika,” but do you really? Or is this a Farrah Moan “You don’t love me” moment? Nobody hates Erika, certainly, but when you look at the other gym leaders, it’s clear she gets a very raw deal.

The first two Kanto gym leaders are Brock and Misty, and as stars of the anime, those two are clearly elevated above the rest, even if Misty never gets the gym she truly deserves. Giovanni, the eighth gym leader, has a similar stature thanks to his position as the head of Team Rocket. Next up is LT. Surge, who is notable because of his connection to the S.S. Anne, which is one of the most memorable and distinct locations in your journey around Kanto – he’s also the last gym leader of what you might reasonably call the ‘early game’ before your adventure branches out and you get to do the next few gyms in a more variable order. Surge is probably second bottom after Erika in my book, but he has enough interesting things around him that he just about gets by. 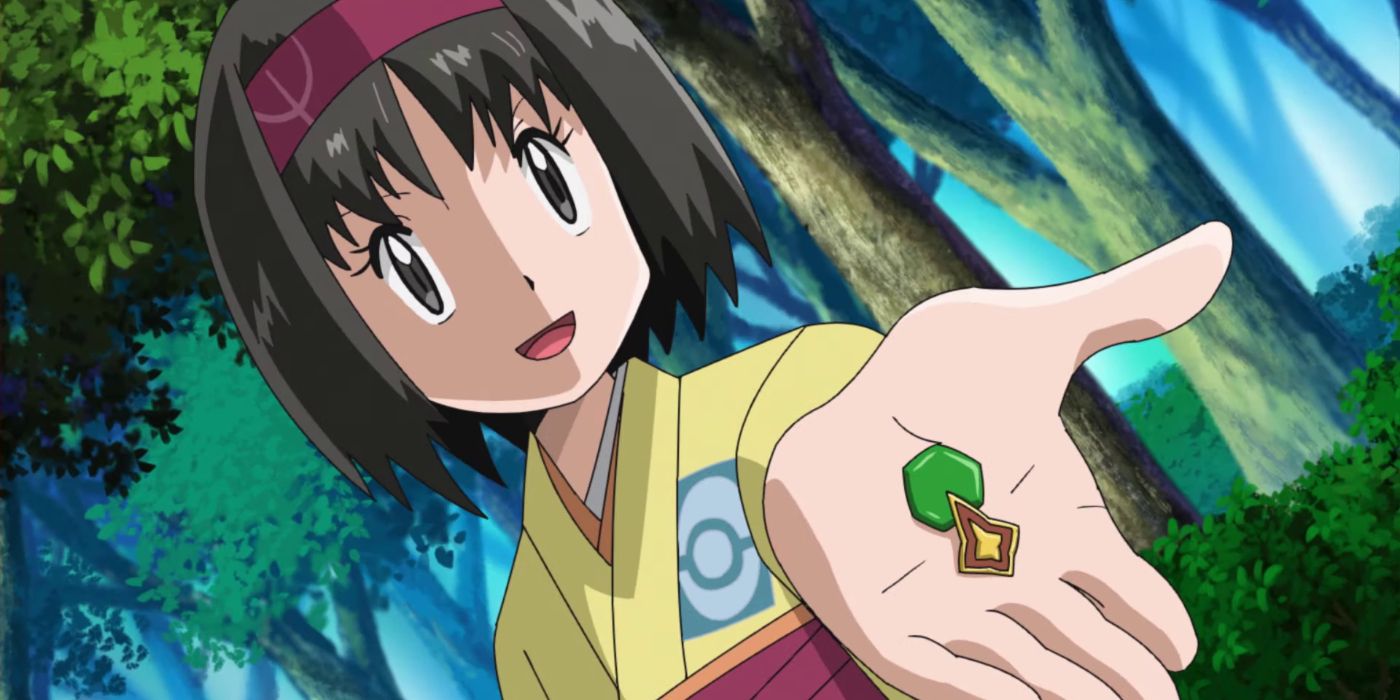 The typical order would see you face Erika next, but we’ll come back to her at the end. Suffice it to say for now that unlike Surge, she isn’t propped up by the landmark features of Celadon City, but is instead suffocated by them.

After Erika is Koga, one of the few Poison gym leaders in the entire series, and a complex, stoic ninja with a fascinating gym design that earns him a lot of fans. Next comes Sabrina, my personal favourite, who in the anime can haunt your every waking thought and trap you in a macabre dollhouse. If Stephen King wrote a gym leader, he’d write Sabrina. Her original gym is held back a little bit by technological limitations, but it gets a fantastic glow-up in Let’s Go to even things out. That leaves Blaine, who has one of the best gyms in Pokemon history thanks to its trivia system and, in Gold & Silver, the fact it remains despite the nearby volcano once more becoming active.

All seven have reasons for you to love them and remember them, but Erika just does not. There are plenty of gym leaders who share their location’s spotlight with something else. Surge and the S.S. Anne, for example, although in that case it seems to help his cause. Sabrina exists in Saffron City alongside its Dojo and Silph Co., but still remains a key figure in town. Blaine has the Pokemon Mansion, and Koga has the Safari Zone, but Erika’s Celadon City has so much that it feels as if she’s tucked away in the corner like an afterthought. She’s a Kansas City Star in New York. 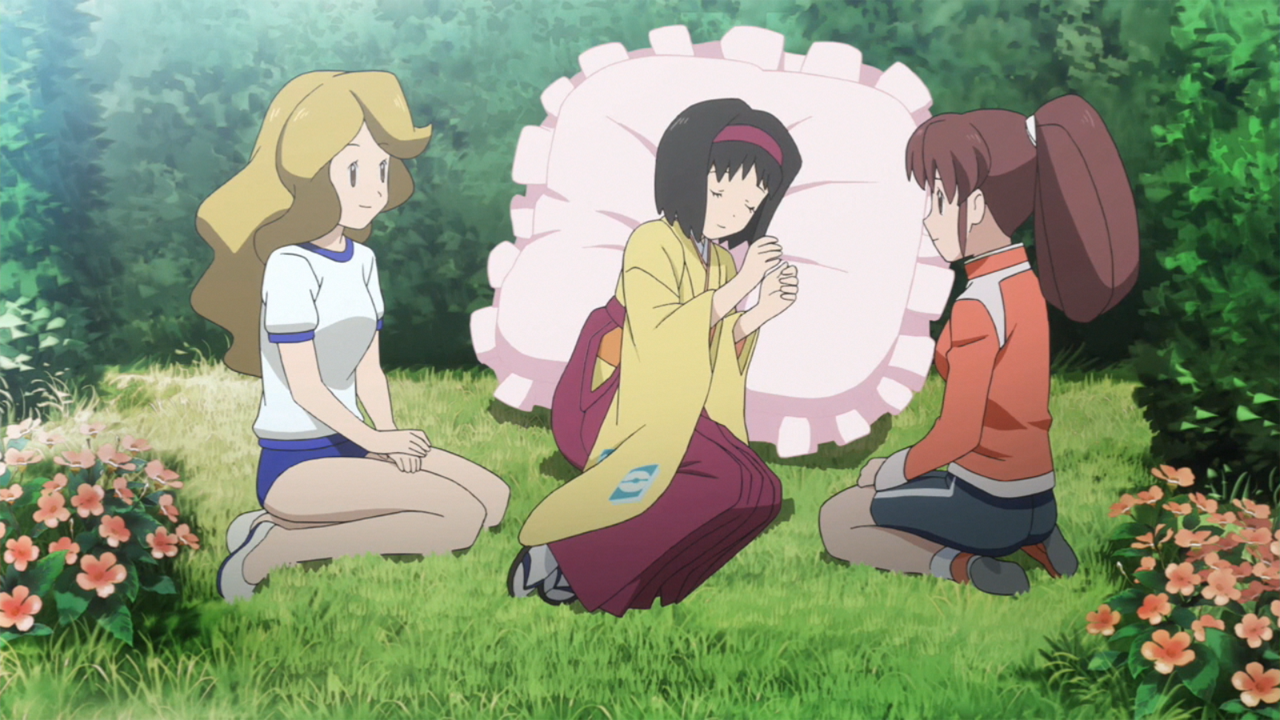 Celadon has the Department Store, the hidden Eevee, the Fortune Teller, the Game Corner, the Team Rocket Hideout, and it’s even where the Pokemon developers themselves work. There’s so much going on here and Erika isn’t involved in any of it. Most gym leaders are effectively the mayor of their town, running the whole show. In Celadon, you barely notice Erika is even there.

I know I’ve only talked about Kanto here, and I promise I’m not a Genwunner. There are lots of gym leaders in later games that get overlooked too – I’ve already written about how Candice is the best thing about the Brilliant Diamond & Shining Pearl remakes, and that playing as a gym leader is the best way to play Pokemon in general. Valerie and Elesa are two of my all time favourites, and they’re both less well known than Erika, but it feels like Celadon’s gym leader has been left behind. Valerie and Elesa have their fans, it’s just that if you’re not in Gen 1, you’re drawing from a smaller pool by default. Erika has the whole Pokemon fanbase right there, and yet no one pays her any attention. 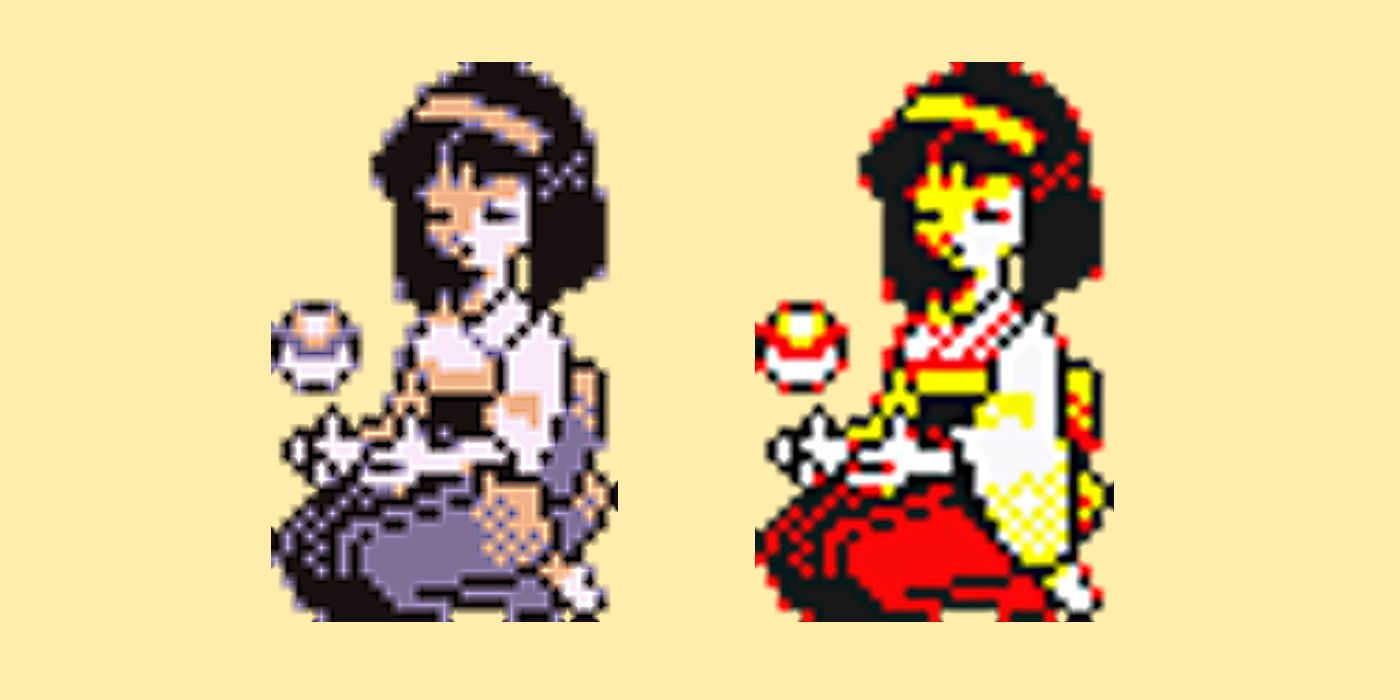 Part of me thinks it might be because she’s an outwardly feminine character, talking in a soft voice, tending to nature, surrounding herself with flowers. She’s objectified in the game with the creepy old man looking in the window, even if he is sanitised by the time Let’s Go rolls around. She’s hyperfeminine, but aside from her face, she is completely covered up. It’s a strange mix of objectification and anti-sexualisation going on with her character, and it’s a shame she’s been tossed to the wayside by the bulk of the fanbase when there’s more to explore.

There are so many iconic features of Gen 1 that get a lot of love, but Erika never gets any spotlight. She’s been overlooked for far too long, and could have been so much more if she had just been better integrated into the story. There are a few gym leaders less well known than Erika, but none that get her level of disrespect.