As we move farther and farther into the information age, humans as a society have begun to understand that not everyone learns in the same way. For centuries, school systems have emulated what Greek philosophers started without really tweaking much. A person stands in front of a class and vomits a ton of information out, hoping that everyone in the room is paying close attention. That approach is insanely dated.

How does any of that apply to video games? Well, through the process of interaction mixed with trial and error, video games have an immense potential to function as learning tools. Kana Quest is a prime example of such, utilizing the more unique nature of digital entertainment to get people to recognize Japanese symbols while pushing them to think in a lateral fashion.

It doesn’t always strike the right balance between difficulty and educational value, but Kana Quest is a solid way to start your journey in learning a new language. 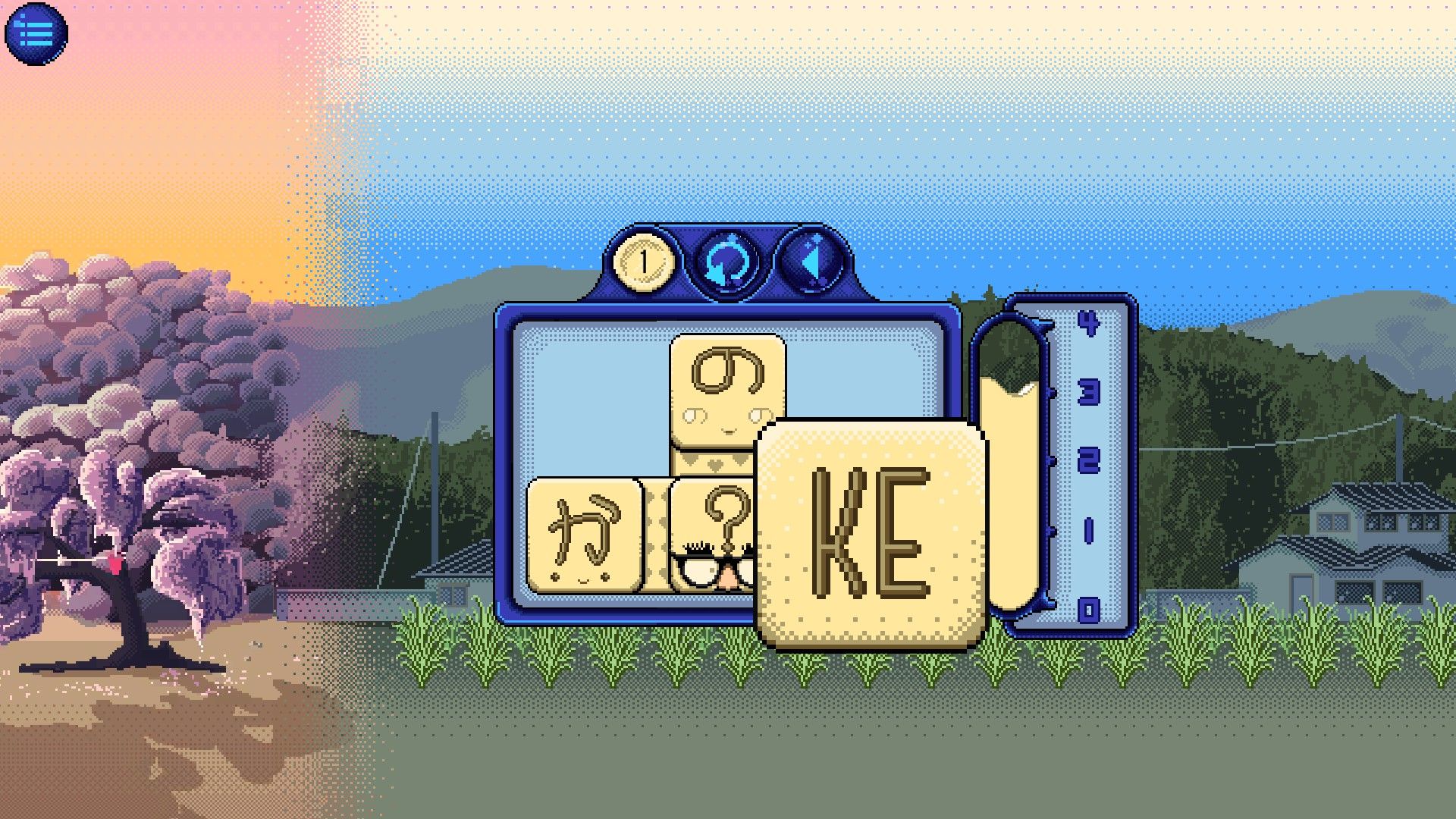 For the uninitiated, Kana Quest is a game that makes the bold claim of being able to teach you Japanese. That may sound a little far-fetched, but there is certainly a basis for that assertion. By repeatedly exposing you to various Japanese characters (of both the Katakana and Hiragana alphabets), the theory is that players will eventually come to recognize those tiles without needing to double-check themselves.

It takes a while for that to click to someone with absolutely no knowledge of Japanese -such as myself – but Kana Quest does ultimately do that. After a few hours, you’ll be solving simpler puzzles with ease as you quickly shift around characters that you’ve committed to memory. Where the game starts to stumble a bit is in its difficulty curve.

Taking a step back, the main narrative drive for this educational game is that a missing tile, named Kana, is looking to make friends. By matching similar consonants and vowels, players can achieve a combo where all tiles are linked in some fashion. You’ll achieve this by dragging tiles across a game board like you’re playing Bejeweled or any number of similar puzzle titles. A typical outcome will see tiles lined up like Ke-Ka-Na-No-So-Sa, etc. 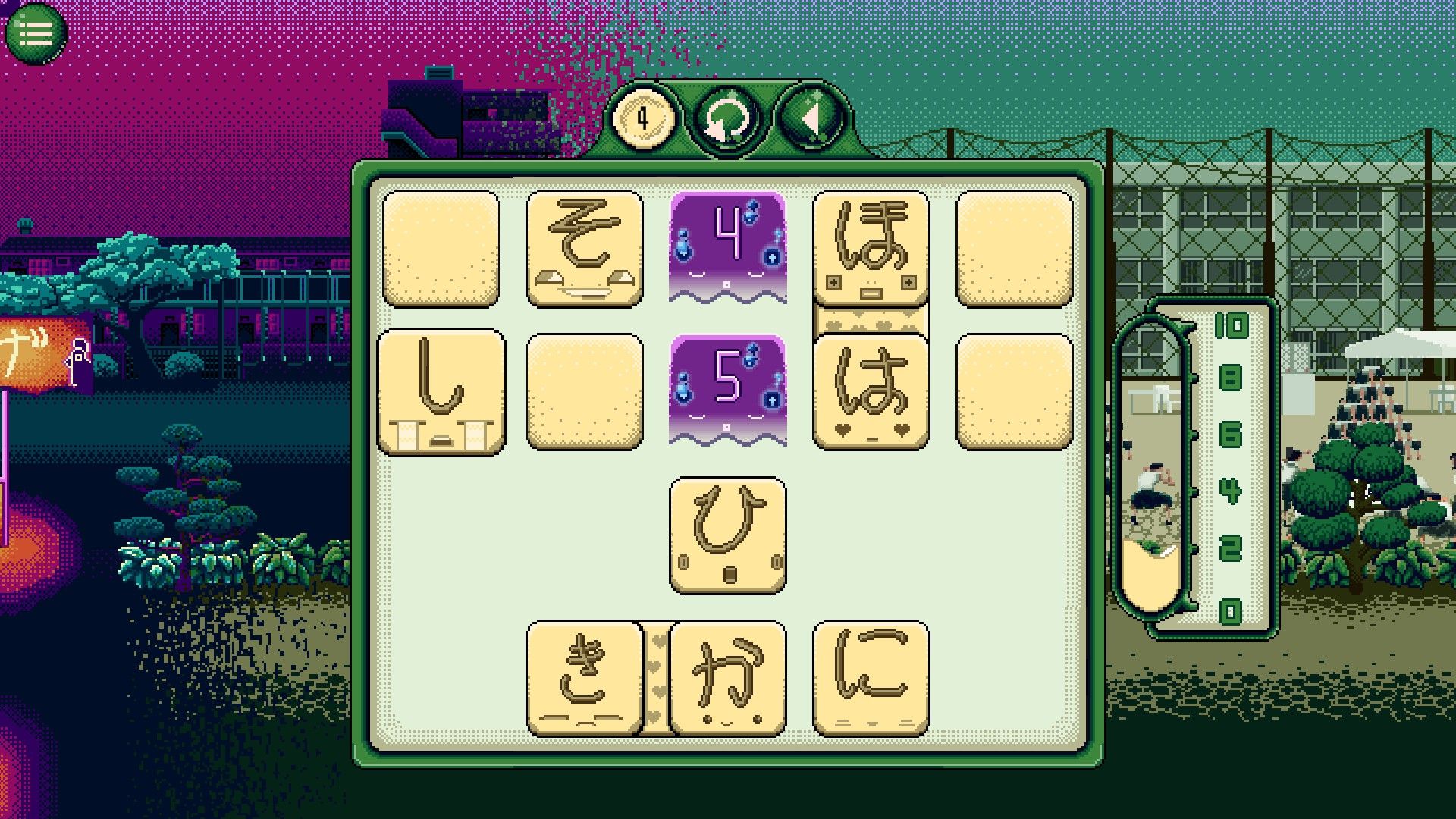 This plot device is mainly a way to frame how you’ll progress through each of Kana Quest’s various worlds. It’s not like there are cutscenes or even character interactions. The main driving force for your investment with this puzzle title will be not only solving puzzles, but potentially learning Japanese. The brain teasers are a way to get you thinking about these characters outside of just strictly matching.

As you press on, different conditions and stipulations will be introduced. The first of these new concepts are stone tiles that cannot be moved around the board. This forces you to think about where you’re positioning tiles and how you’ll create links with limited movements. It can be frustrating when you first start, but eventually, you’ll get the hang of it.

It’s more in the later levels where things become overwhelming. Since the Japanese alphabet is pretty large, some levels might have you mixing and matching upwards of 20 different tiles together. You’ll need to do this while also navigating world-specific obstacles, such as tiles that can only move in a single direction or blobs that will change the accent of a character. It’s a lot to keep track of and any beginners may become quickly frazzled. It doesn’t help that modifiers like accents are something Kana Quest doesn’t really explain well. 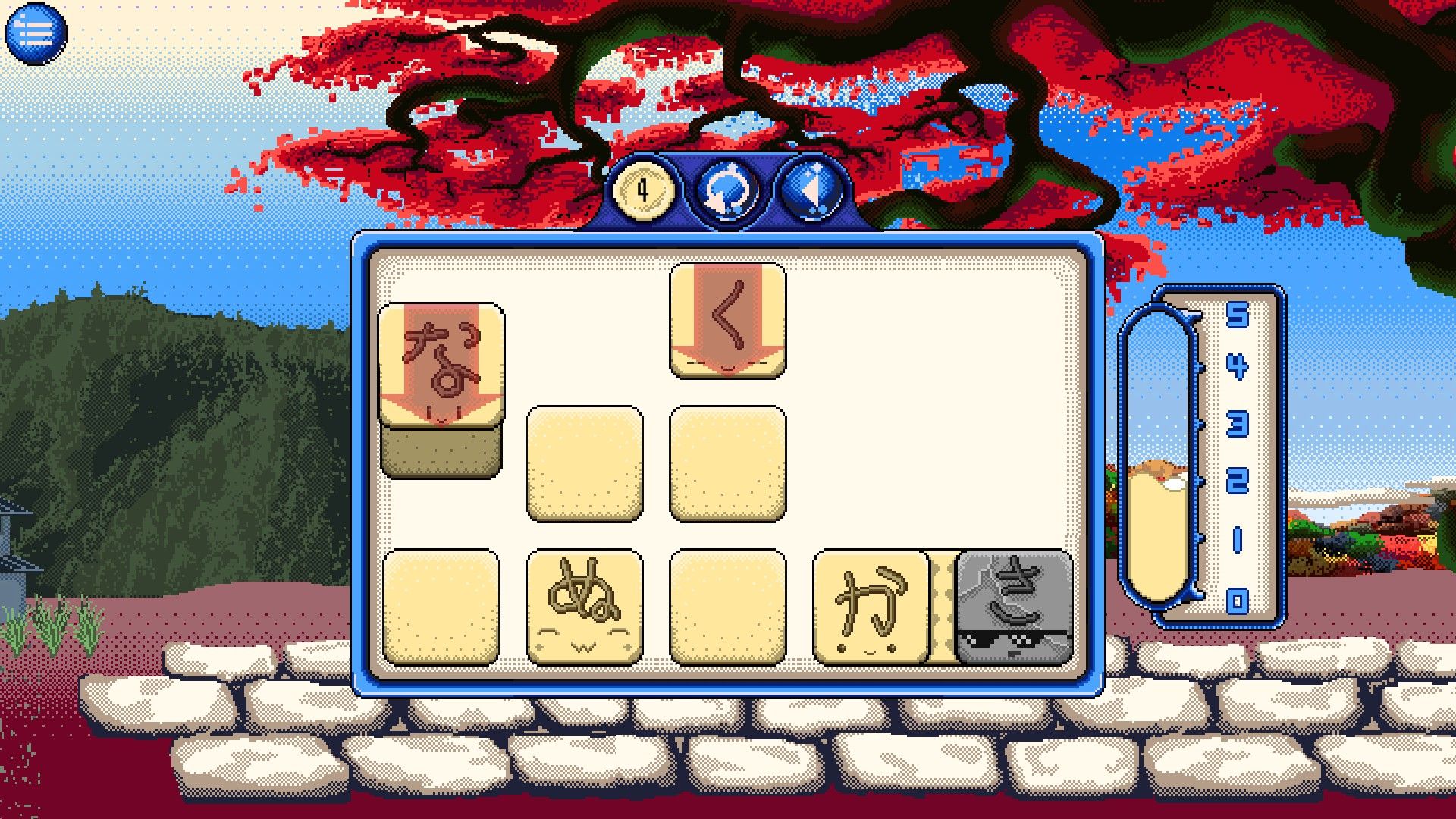 The very generous undo and restart buttons let you reset should you feel utterly lost. It’s more when you’re trying to go for gold medal scores that Kana Quest can feel punishing. If you just relax and forget about trying to be perfect, you’ll eventually stumble upon answers and be able to continue working forward.

Still, that doesn’t mitigate how certain mid-world challenges seem ridiculously more difficult than others. The main method of progression is in unlocking a specific number of gold medals, but sometimes you’ll get to the tenth puzzle in a world and just feel stuck. New systems you just learned 10 minutes ago are now being mixed with others and it creates a sense of sensory overload. This is on top of trying to remember foreign characters that you haven’t properly retained. It’s weird to say that a game should be longer, but Kana Quest could have used either some practice rounds or even repeat scenarios to help players retain knowledge.

Still, there’s no harm in going back to earlier levels and trying to improve your medal score as you contemplate a solution to a tougher puzzle. If you get 100% stuck, Kana Quest even allows you to unlock every level in a world or all of the worlds, in general. It might seem like cheating, but the idea is that you’re here to learn more than push your brain. 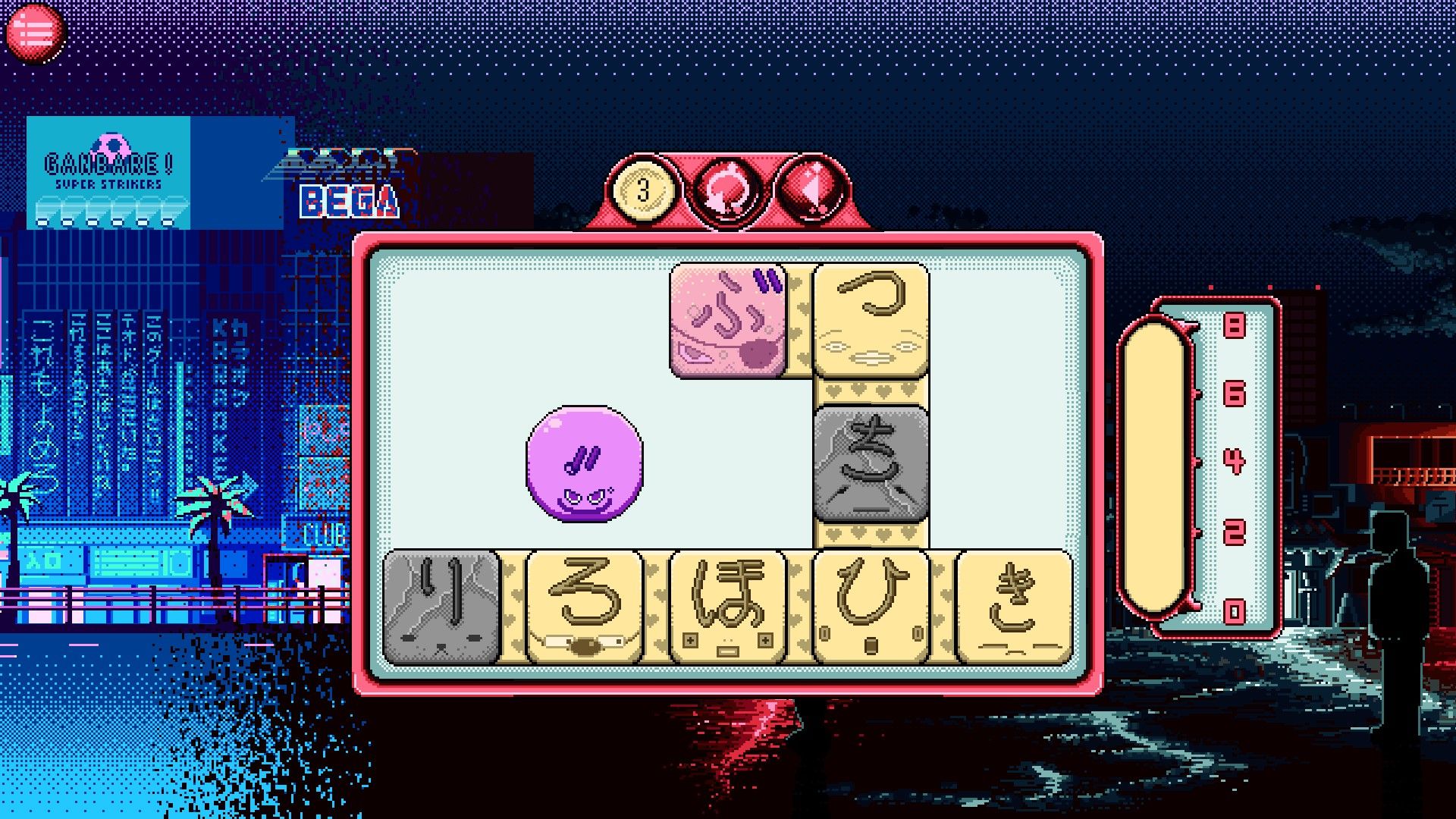 As for the educational value of Kana Quest, it has to be stated that those hoping for a single game to teach them Japanese will be disappointed. You’ll never become a master with just one application of language and Kana Quest isn’t a professional tool. This is a fun little activity you can turn on while going through classes or hiring a tutor. Kana Quest never explains what each tile means, so you won’t be writing Japanese from this.

No, the idea is that when you do pursue more traditional methods, you’ll have a pretty good starting point for grasping the language. I can tell you that after 15 or so hours, I absolutely remember what Ka, Na, Sa, Ku, and Nu look like. That’s far more than I knew a week prior.

Kana Quest is only going to work as effectively as you want it to, but it isn’t the end-all, be-all of language tools. It is a pretty fun puzzle game that is absolutely a good gateway for learning Japanese.

A PC copy of Kana Quest was provided to TheGamer for this review. Kana Quest is available now for PC and will be coming to iOS and Android in the future.