The first Mass Effect has always been regarded as the true RPG of the trilogy, but I didn’t realise the extent of this statement until I jumped into the sequel when working my way through the Legendary Edition. It’s basically a shooter, taking away the open environments of its predecessor in exchange for tight, choreographed set design interspersed with brief moments of narrative between each firefight. You’re always working towards a worthwhile goal, but the combat soon dissolves into a puddle of repetitive shootouts that don’t offer enough mechanical versatility to feel truly satisfying.

As it grew in popularity and wished to reach a wider audience, Mass Effect morphed into a blockbuster that could compete with the likes of Call of Duty and Gears of War, while BioWare tried its best to ensure the story it always planned to tell wasn’t lost amidst this changing vision. Despite a greater focus on gunplay, Mass Effect’s original trilogy is still fantastic, but I already miss the comforting planetary exploration and more melodic combat of the first game – even if it doesn’t feel or look as good as what would follow.

The flow of Mass Effect 2 becomes apparent the moment you step onto the Normandy. You can access a variety of recruitment missions and optional quests from the galaxy map, but there is no longer an option to dive onto random planets and explore at your leisure. Instead, you’re loaded into a relatively small area and funnelled into a cutscene. From here, the sequence is normally story, followed by combat, followed by story, followed by a mixture of story and combat before you’re back on the Normandy to do it all over again. 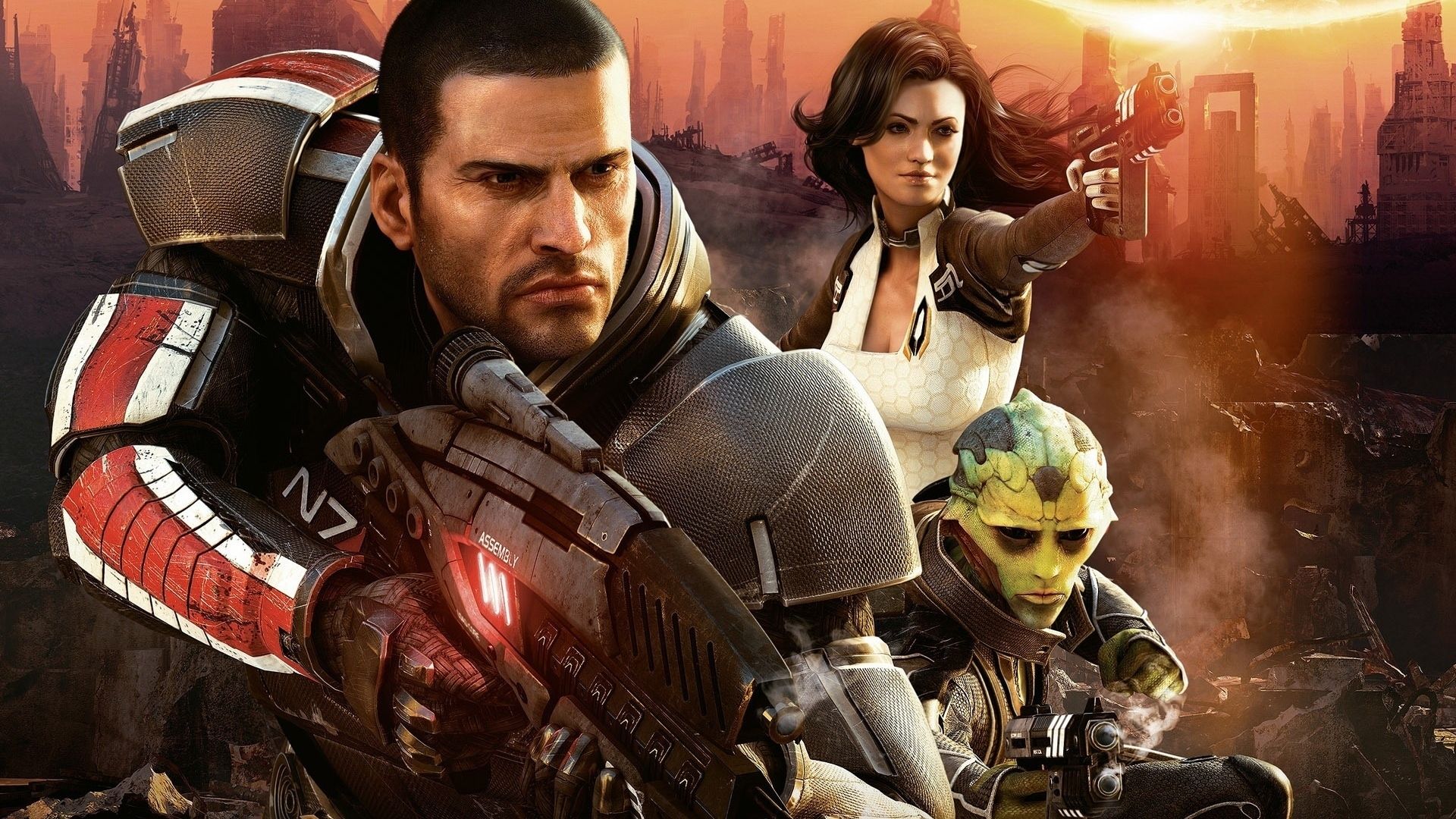 Citadel, Omega, and Illium can be explored and contain a selection of unique characters and quests, but they all pale in comparison to The Citadel in the first game. You can’t spend hours exploring a futuristic city and learning your place in the galaxy, there are weird bug aliens to shoot and humans to save! This is a huge shame, and a weaker element of Mass Effect 2 that I never took time to consider as a teenager. All these years later I often come to games for the stories they have to tell, so when those are held back by passable combat, it all ends up feeling a little underwhelming. Perhaps Cian was right, and the first one is the best.

Now I’m not saying the combat in Mass Effect 2 is bad – it’s great. Hurling biotic powers at mechs and mercenaries as they fly across the battlefield in a blur of blue is super satisfying, but they are frequent enough that moments like this become an obstacle to the game’s better components. I understand that Thane is hiding at the top of this skyscraper, but I’d rather not spend 40 minutes hiding behind cover and blowing away identical enemies to meet him. A more creative set piece, or ambitious way of building together a narrative instead of forcing us through combat would have been welcome, but it wasn’t the trend at the time, so on we go I suppose. 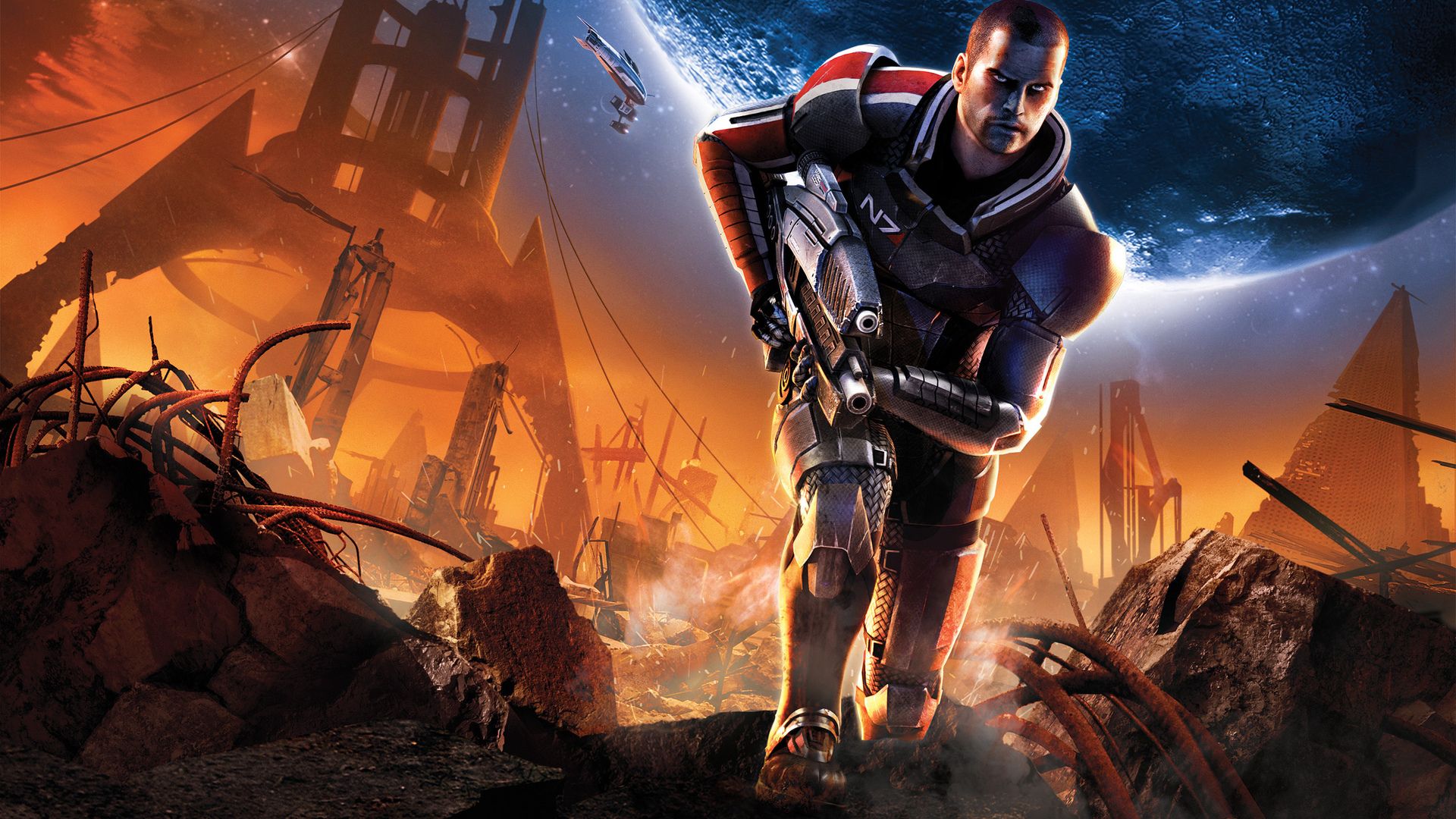 I’m yet to embark on many of the campaign’s loyalty missions, so maybe there are a few surprises waiting for me, but right now, I feel Mass Effect 2 would be so much stronger if it took some advice from its predecessor. It’s okay to relax and exist in a fictional world, especially that of an RPG. When you’re confined to the hub area and only a few select locations, it can quickly morph into something isolationary, which goes directly against the grand sense of discovery that BioWare is trying to convey. For all its faults, Andromeda recognised these flaws and gave us a vast expanse of worlds to explore, and I hope Mass Effect 5 returns to this ethos and ascends above everything that came before it.