Mass Effect 2 ends rather abruptly. At least, it did for me. I followed a guide to ensure all of my precious squadmates survived the suicide mission, committing myself to all of the loyalty quests and upgrades required to ensure Commander Shepard wasn’t wiped out by the Collectors. It was a rousing success, yet I can’t help but feel it concludes with a whimper.

I call the Illusive Man a massive wanker before waltzing out of the briefing room, a smirk on my face as my crew gives me several nods of approval, a silent acknowledgement that we’ll live to fight another day, even if we’re hardly prepared for the eventual war to come. The music swells as the camera pans out towards the wider reaches of the galaxy, with an army of Reapers sitting on the precipice and waiting to strike. It’s a haunting final moment, one that cements the threat that Mass Effect 3 will bring to the forefront. It gave me chills as a teenager, but today, I wish it spent more time reflecting on the suicide mission, since with the arrival of the next game, it feels all but forgotten.

The third entry doesn’t waste a second. It opens with Commander Shepard being alerted to a coming threat by Captain Anderson, the Reapers having ripped through the lunar colonies as they make their way towards Earth. After a desperate brief with the military brass, the enemy begins their attack as we’re forced to retreat, unable to make a dent in the metallic tarantulas that have already begun tearing our planet to pieces. It’s a bleak, powerful moment of helplessness that helps establish this opening as the series’ best because it makes you feel so useless, like the threat before you is simply impossible to conquer. It’s just a shame that the allies I grew so close to over the years are nowhere to be found. 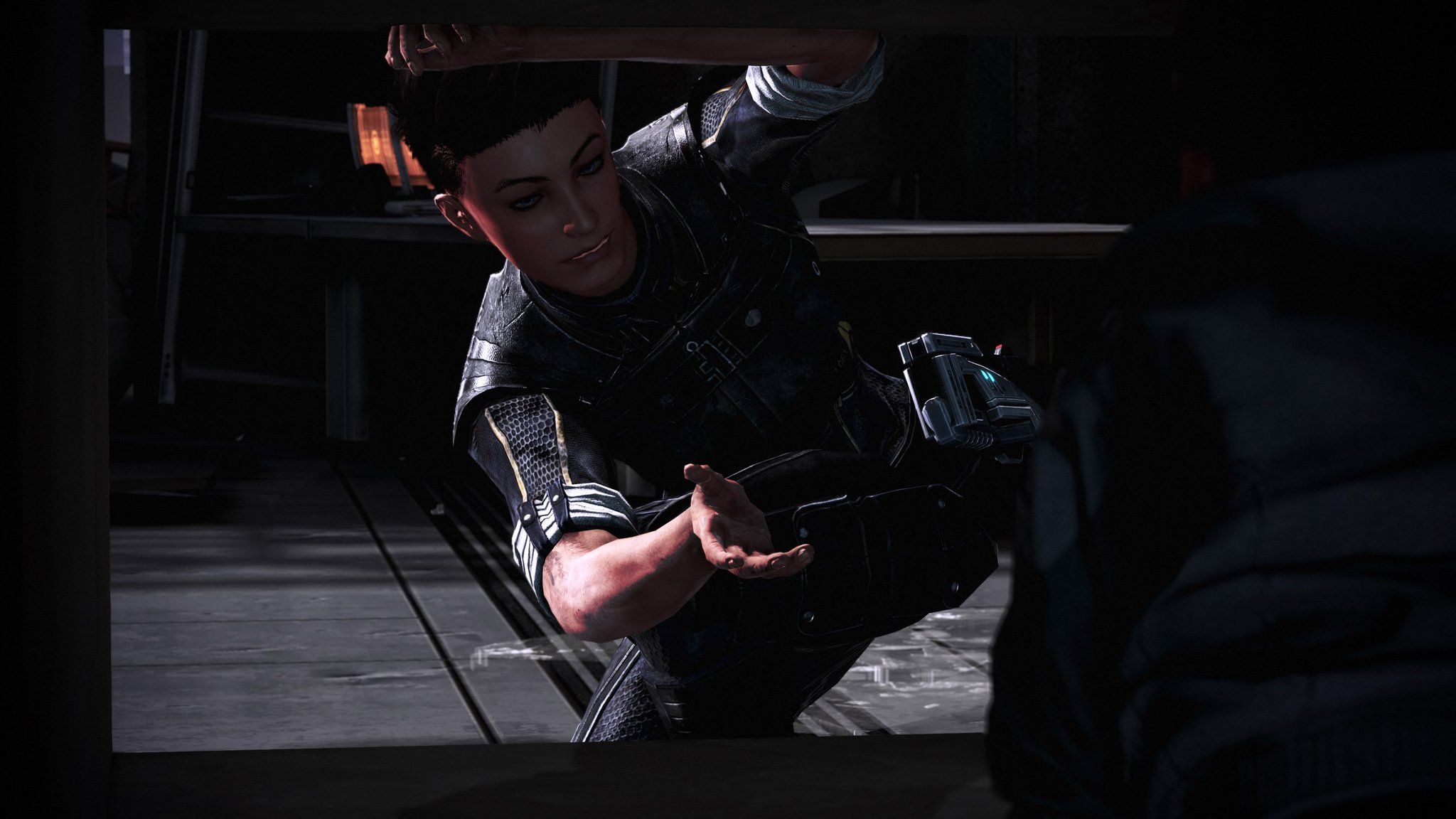 Much like its predecessor, Mass Effect 3 strips everything away from you and sends Commander Shepard on another tour of the galaxy to recruit allies to help tackle the Reapers. This time, however, the focus is on military might and entire species instead of isolated individuals. But your former allies are roped up in all of this, with Garrus and Liara joining your side in the early hours alongside a selection of newcomers. It’s beautifully paced, but feels heavily detached from the trials and tribulations of the suicide mission.

Commander Shepard spent months recruiting a team of experts to tackle the impossible, and the trauma associated with this ordeal is brought up in snippets of dialogue that aren’t frequent enough in my eyes, and friends I expected to stand by my side forever have been spread across the galaxy to pursue their own goals. I understand Shepard was grounded in the face of wiping out a batarian system, but didn’t anyone put up a fight? It seems like our character just sat around twiddling their thumbs for six months until the Reapers came knocking at the door.

It’s a jarring sequence of events in a trilogy so enamoured with player consequence, but I suppose it was the only way to begin a final chapter where nothing mattered more than the stakes being proposed. BioWare had to make us feel overwhelmed in the face of impossible odds, even if it meant turning unforgettable events from previous games into subtle references that change in meaning depending on how Shepard acted in the past.

I love all of these callbacks, with some digging into the weeds in ways I didn’t expect, but they feel like referential winks as opposed to moments that have a defining impact on the future. What matters now is the present, and how we go about tackling the problems that await us. This is indicative of a wider problem with Mass Effect’s binary morality system, but I’ll dig into that another day. 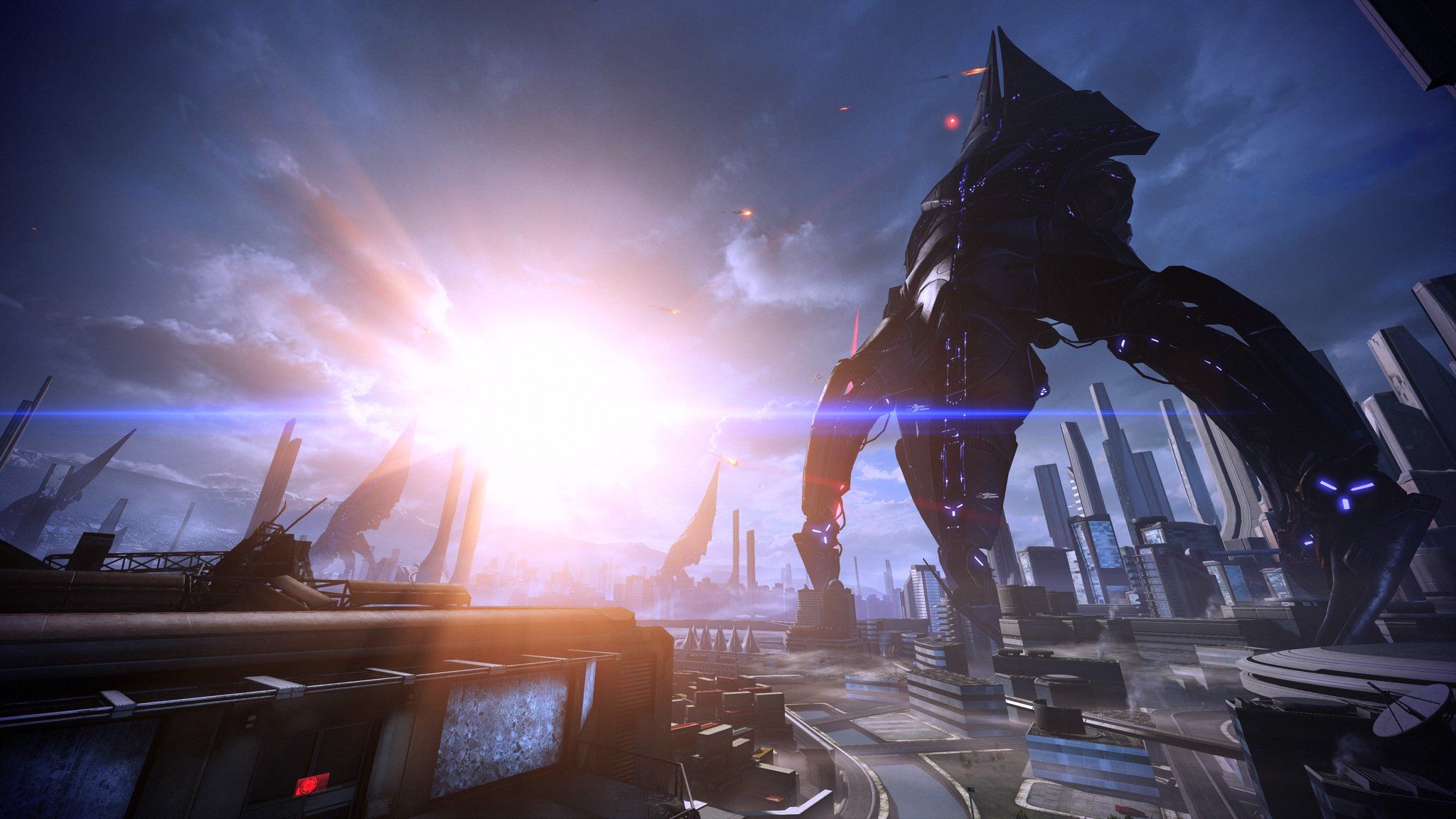 I just wish we had more time to reflect on the suicide mission’s resolution before being thrust into the credits of Mass Effect 2, or if its successor followed Commander Shepard and the events that followed in greater detail before the Reapers showed up to ruin everyone’s day. As it evolved into a larger, more ambitious shooter, Mass Effect left much of its storytelling muscle behind, exchanging it for dramatic confrontations and unrivalled spectacle. It’s why many prefer the first game, an experience that places a larger focus on character dialogue and backstories, providing players with more room to breathe before saving the galaxy.

My squad survived Mass Effect 2, but when the vast majority of them are relegated to unexpected cameos in the events to follow it all feels a little underwhelming, like something more could have been done to make their place in this world matter to the wider story. I’m still working my way through the third instalment, and playing the games back to back like this is undoubtedly robbing them of the intended impact, but the suicide mission is always hailed as one of the greatest moments in gaming history, so I’d expect the impact it has on the universe to mean something more, but in Mass Effect 3, it ultimately rings hollow.