All races are not created equal in Mass Effect. That’s clear from both the structure of the game’s power systems, and how you navigate through them as a player. The trilogy establishes humanity as a young upstart very early on; our race are newcomers to the galactic community, but are already of the belief that they should be in charge. That humanity views itself as above the elcor, the volus, the batarians, and the hanar despite having only recently joined the party gives us as a player license to look down on them too.

The batarians only really get starring roles in a DLC pack, while the elcor, hanar, and volus never really impact the story at all. On the other end of the hierarchy, you have asari, turians, and salarians on the Council; this positions them as key members of the galactic community, and as a result, the game gives them considerable spotlight. We have asari and turian squadmates through Liara and Garrus, and several of both races appear throughout the story. While there’s no Salarian squadmate until the second game, they do appear in main missions, and are established as a crucial part of Shepard’s personal journey. Lots of this comes through Wrex, a krogan – while not on the Council, his race are clearly influential in the galaxy, and their omission from the Council stems from a fear of what they are capable of alongside their war torn history.

Your final squadmate in the first game, Tali, is a quarian, and is comparable to an Amish girl on Rumspringa; there is a clear distrust and distaste for quarians amongst the galaxy at large, while the Fleet as a whole tends to keep to itself. Tali being a loner – in galactic terms, if not her personality – is key to establishing where she stands.

Asari, turians, salarians, and krogan are on one side of the party, while quarians, elcor, hanar, and volus are on the other. Humans feel they should be with the asari et al; this is not only how the galactic hierarchy is constructed, but also dictates the shape of the game. Races deemed less important in the grand scheme of things are also deemed less important in Shepard’s fight against the Reapers – if someone is killed in the USA, or Canada, or the UK, it makes the news. If someone is killed in Brazil or Ethiopia, it probably doesn’t. Mass Effect lives by the same rules; things that happen to less powerful groups are less important.

This trend remains throughout the trilogy. Thane introduces us to the drell, but given the only other drell we see are Thane’s son and a tertiary DLC character, they are comparable to a lesser version of the quarians in the first Mass Effect – personally important to Shepard, but not toin the galaxy. Vorcha are introduced as batarians Mk 2, with the new additions failing to shake things up. The quarians are given increased importance as the geth are repositioned in the galaxy through Legion’s story, but the hierarchy remains fixed. This continues in Andromeda, which is dominated by humans, asari, turians, salarians, and krogans once more. The quarians do not feature at all, and the angaran are the only new race introduced into the mix.

Even in Mass Effect 3, when we see twisted Husk versions of different races, it’s the big hitter races that get the bulk of the attention, and it’s Palaven and Thessia – the turian and asari homeworlds – that fall under siege. Other planets do too, of course, but it’s not like they matter, right? It’s only elcor living there.

That said, if you are prepared to look, there are some fantastic stories involving these smaller characters. Not having a Blasto DLC in the vein of the Aria T’Loak DLC is one of the trilogy’s biggest missed opportunities, and the elcor version of Hamlet is probably the high point of the series’ brilliant use of background storytelling. Every time one of the volus gets some screen time, it nails it. All hail the biotic god, imo. 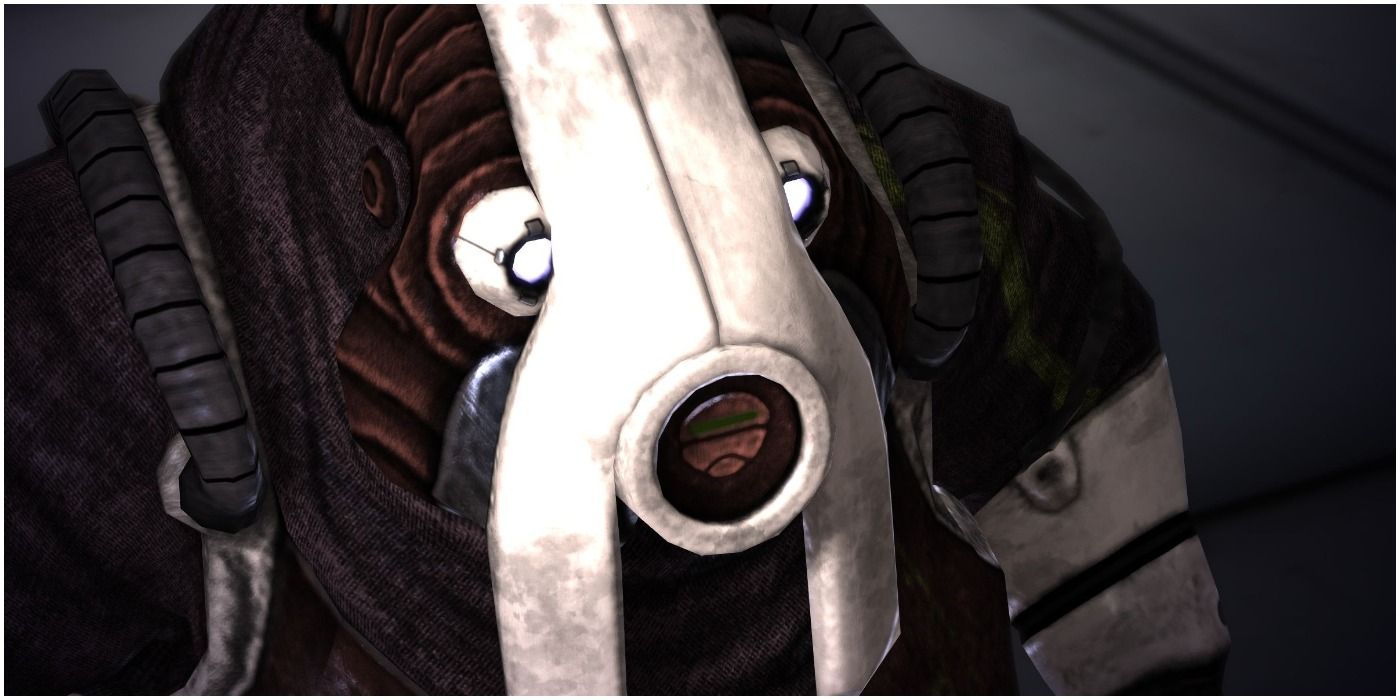 Batarians and vorcha get a bit of a raw deal, mind. The Batarian DLC attempts to humanise (batarianise?) the race, but does so while making them habitat destroying terrorists, while all other appearances almost exclusively characterise them as pirates, slavers, and thugs. Vorcha are just angry batarians, screeching at you through their spiny teeth. They’re given huge spotlight in Mass Effect 2’s initial stages, especially if you follow instructions to go and get Mordin Solus first, but are quickly relegated to target practise.

It’s a testament to Mass Effect’s fantastic lore that it has managed to make me care about characters and races it explicitly marks as unimportant, but returning to the series for the Legendary Edition, it still feels like a missed opportunity. Mass Effect gives us a whole playground to explore, but it often feels like it only ever lets us play on the swings.