Just like the original game for the N64, New Pokemon Snap allows us to view a wide variety of Pokemon in a whole new light. It’s not just Flash Cannons and Flamethrowers here – Jirachi’s much more interested in doing backflips in mid-air than launching enormous beams of steel-infused light at other ‘mons, while most of the Fire-types in Fireflow Volcano just want to smile for the camera.

These behaviours are occasionally represented in the Pokemon anime, where ‘mons might play with one another or live in harmony in the wild. Still, nothing from the television series comes close to representing the kind of community we see in the Lental region, which surpasses even Detective Pikachu’s Pokemon-centric Rime City. As a result of this, we see loads of strange and surreal actions that we might never have realized before. Like, I always knew Dodrio could technically learn Fly, but I never really questioned it… when you see it in New Pokemon Snap, it just sort of Hulk jumps its way across the map and is able to run really fast in mid-air as a means of slowing its descent. All those years I thought Dodrio was hiding a secret pair of wings, it was really just doing the exact nonsensical thing I imagined except somehow even more nonsensically. Fantastic.

The same goes for so many of the other Pokemon in the game. I always thought Pinsir was a bit of a hothead, and yet it becomes the world’s biggest softie the second Sylveon comes over and tells it to stop bullying Heracross. Florges has hands it can wave at you with – it’s literally a human except with leaves and stuff. Any Meowth that isn’t the one with Jessie and James is an idiot, apparently – honestly, At Home in the Dark is the most frustrating request in the entire game – and Trubbish is… popular??? Even when it shoots toxic stink at people? Swampert and Leafeon are best buds, Trevenant loves tunes, Alolan Raichu surfs – and breakdances! – on its tail, and Crabrawler has no idea that Exeggutor is not actually an ordinary coconut tree. Also, while I knew that Sharpedo eats other Pokemon – see: every Pokemon that so much as touches water – I had no idea that Frillish does too, which is way more horrifying. Let that Lanturn go, you reprehensible ghost.

Oh, and Mawile is actually really lovely. It just gets a bit tense sometimes, but once it turns around and tells its massive teeth-tail-head thing to chill out, it’s really smiley and likes to dance. Who knew? 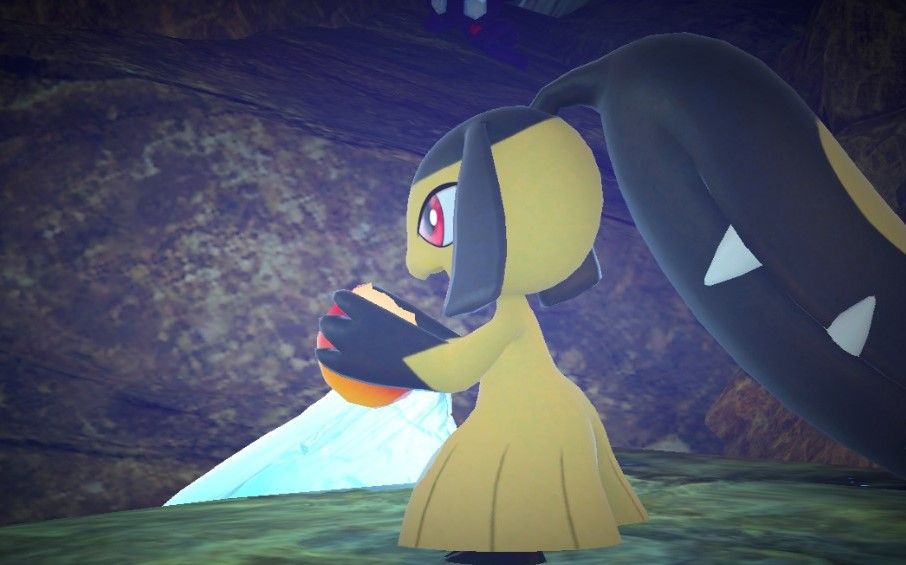 This premise even applies to the general visualisation of Pokemon. When you see them all represented against the same standard in New Pokemon Snap, it’s easy to determine how comparatively small or large each one is. I never would have guessed that Milotic was bigger than Lugia, for example, but it’s apparently six feet longer. Onix is another eight feet longer than that – it’s literally two Lugia. Meanwhile Shaymin, who is eight inches long, is smaller than Caterpie, who is apparently a full foot. Jirachi is also a foot tall – who knew Jirachi and Caterpie were the same size to the exact inch? Not me, and don’t pretend you did either. Also, despite being made of literal steel, Jirachi is apparently 1.8kg lighter. Alright.

This is all relevant to the fact that New Pokemon Snap proves there are no bad Pokemon. In the mainline games, which are battle-centric and therefore mostly tied to stats, it’s easy to dismiss Pokemon that look weak or are weak – which, let’s be real, are usually joint conditions – and never learn a single thing about them. But seeing all of these Pokemon just existing and living their lives changes that. I feel like I learned more in my first ten hours with this game than I did in the last ten years with the mainline series, and I’m extremely grateful for that fact. This game has single-handedly caused me to drastically change my perspective on tons of Pokemon I would have ignored before, and I’m pretty excited to boot up one of the older mainline games and actually use them for once. I might even replay Gen 6, my least favourite Pokemon generation ever, purely so I can catch Florges, who apparently has a monstrous special defense stat. I never even knew that.

I’m not finished yet, either. I still have plenty of requests to complete, meaning there are loads of interactions and behaviours I haven’t seen yet. I’m not sure about you, but New Pokemon Snap has taught me so much I never knew about one of my favourite series ever made – I can’t wait to learn more.