I firmly believe that, more often than not, Legendary Pokemon are extremely boring. They’re supposed to be these omnipotent mythological creatures who can detonate the world with some kind of cosmically charged Hyper Beam, and yet ten-year-olds can beat them up with a team of benchwarmers and trap them in a tiny spherical prison that level 2 Zubat are capable of breaking out of. Haha.

I mean, not all Legendaries are bad. I like Lugia and Suicune. Rayquaza is cool and I really like Solgaleo. That’s kind of it. Mythicals are slightly better, what with Celebi, Mew, Jirachi, and Manaphy, but they’re still a bit… meh. Still, at least most of them have some kind of serviceable wow factor. Dialga and Palkia are rubbish, but Team Galactic makes a big deal out of them. Zacian and Zamazenta look stupid, but Slumbering Weald is a really intriguing location. There’s usually at least some form of redeeming factor somewhere along the line.

Xerneas and Yveltal, though? There’s no defending them. They’re deer with malnourished tree branches for antlers. They don’t look like Legendary Pokemon so much as they look like a child’s interpretation of an antelope that accidentally had 30 colours of paint spilled on it halfway through drawing. So, Bandai Namco, developer of Pokken and New Pokemon Snap – what gives? Why is boring Xerneas the main Legendary in New Pokemon Snap, as opposed to, you know, anyone else? 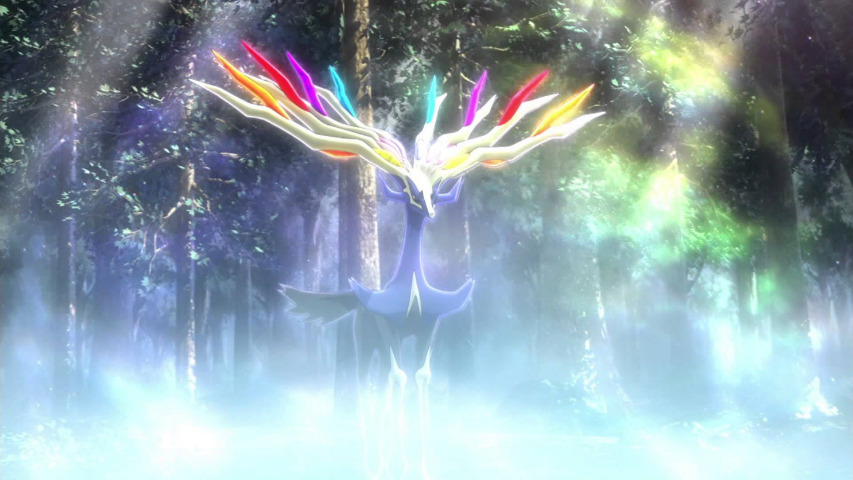 The whole time I was playing New Pokemon Snap I really thought the Legendary was going to be Lugia. I saw it in the trailer, which obviously coloured my expectations, but there were also other details that led me to believe this – the whirlpool that Gyarados should have came out of, the immense grind in Lental Undersea, the alternate routes in Shiver Snowfields. It just felt like it fit. Then I arrived at the Ruins of Remembrance and thought maybe we’d get a Mythical Pokemon as our main ‘mon. I mean, both Mew and Jirachi fit the bill perfectly – Jirachi even ends up there. It’s not the main endgame Pokemon, though, nor is it the climactic culmination of Professor Mirror’s Illumina research – that accolade goes to Xerneas, one of the worst Legendary Pokemon of all time that originated in the worst Pokemon game… maybe ever?

Aside from looking like a regular deer but worse, Xerneas has the stupidest power of all time. Mewtwo can destroy humanity if it wants. Groudon and Kyogre can terraform the world with magma and water, respectively. Zekrom could annihilate entire kingdoms with lightning bolts if the hearts of their people had become devoid of righteousness. It’s not a problem with newer ‘mons either – Regieleki, Regidrago, and the Galarian Legendary Birds all rip. Xerneas’ power, meanwhile, is to turn into a tree and sleep for 1,000 years whenever it uses up too much energy. Oooh, you’re hard.

It literally does this in Snap, too. Apparently Xerneas blocked a meteor from hitting Lental and is now so tired that it is either a) a tree or b) a little orb that bounces around for a bit. If you manage to make it appear by tossing Illumina orbs at the bigger orb, it just walks really slow and goes back to being a tree. No enormous green dragon from the cosmos, no enormous intergalactic space lion, no dog that walks on water or bird that shoots thunder bolts or cows made out of rocks that smashed castle walls to protect smaller Pokemon from being bullied. Just go on and turn into a tree, mate. Nice one, fair play.

Honestly, it was just such an anti-climax. Does anybody like Xerneas? Do you? Surely it’s not your favourite… what, it is? Alright so. Brb, crying.