Oblivion is a game of splendour—you can become the Grand Champion of the Arena and be followed around by the doggedly persistent Adoring Fan, who will do anything for you—but it’s also hilariously absurd and broken. During one routine shopping spree at my favourite Cyrodiil store, I accidentally picked up a small trinket, barely worth a few coins, and the game immediately registered this as shoplifting. Despite my best efforts to return the item (by dropping it, or pantomiming to the shopkeeper who could only stare at me in unbridled rage), I could only wait in abject horror, anticipating the prophetic arrival of the Imperial Guard as he barged into the store, fully decked in heavy armour, with him eventually spitting “STOP RIGHT THERE, CRIMINAL SCUM!” into my whimpering face.

Then there’s the persuasion mini-game, where you can try to impress random denizens of the province by watching their facial expressions closely, and reacting accordingly. If even the astronomically priced facial animation technology behind the detective game LA Noire has resulted in contorted, unreadable expressions, then you can imagine how much worse it was for Oblivion; it’s sometimes nigh impossible to tell the difference between a smiling orc and an annoyed one.

Most culpable of all of Oblivion’s jankiness is the game’s contrived levelling system, which is a great example of a brilliant idea that was poorly executed. It was built upon the idiom of “practice makes perfect”; in other words, the more you run or swim in the game, for instance, the more distance you can cover without depleting your fatigue. This ability to run and swim is tied to a skill in Oblivion called ‘athletics’, which will increase the more you use this skill. Key to levelling up in the game means choosing seven such skills to specialise in—these will be tagged as your Major Skills—and when you raise these enough, you can also increase your level. The problem is that there is a tendency to level up too quickly, and when enemy encounters become more difficult the higher your level is, you run into a risk of not optimising your build before inadvertently levelling up—and eventually facing overpowered enemies that would make adventuring around Cyrodiil too challenging. The solution, paradoxically, is to not choose the skills you want to specialise in as Major Skills, but assign them to your Minor Skills instead, which can be increased without adding to a corresponding increase in character level. Let’s say if you’re playing as a stealthy thief whose main weapon is the bow and arrow—you should tag your ‘marksman’, ‘sneak’ and ‘security’ as your Minor Skills instead.

These may seem like unfathomable systems to Skyrim fans, with the kinks and oddities of Oblivion meticulously ironed out in its sequel. But where Skyrim is clearly the more accessible and polished Elder Scrolls title, Oblivion was so beautifully outlandish because it was willing to take its chance on experimental and weird gimmicks. One of the best features Oblivion had was its spell-crafting feature, which allows players to create their own custom spells. You can determine the range and target of several types of magic in one spell—for instance, by combining fire, frost, shock and health damage with a single touch—which opens up a myriad of possibilities for magic users. You can easily cause calamity in the middle of town, without the Imperial Guards torpedoing towards you, by firing a potent mix of frenzy and invisibility at a random passer-by. Then watch as confused Imperial Guards attempt to arrest someone they couldn’t see for Violating The Law. 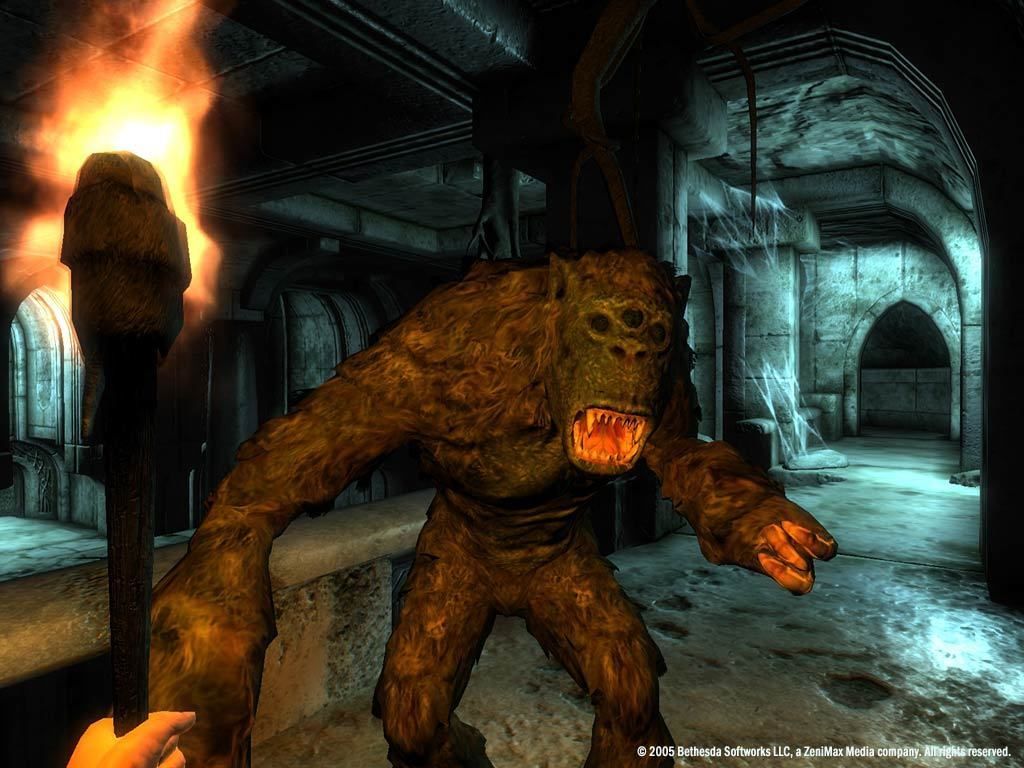 But as typical of Oblivion jankiness, there are clear issues with spell-crafting in Oblivion; there are ways to create spells or enchantments that will render players utterly invincible, which can leave the game feeling unplayable. As such, it’s no wonder why Bethesda has opted to remove the feature, much to the dismay of many Oblivion—and Morrowind—fans. Even though these features are often buggy and even unpolished, it’s the glitches and the possibilities to exploit and circumvent their loopholes that give these older Elder Scrolls titles their rich, distinctive atmosphere. In particular, these allowed players to experience Oblivion outside of the rigidity of most RPG structures, even if that’s unintended by their developers. To that end, I’ve found that there’s no other game, since Oblivion, that strikes the same balance of fear and bemusement of incidences like accidental shoplifting, of waiting for the camera to wrench your perspective towards the Imperial Guard’s sullen face, as he tries to arrest you for picking up a goddamn quill.