Oculus’ new and improved Rift S comes with many improvements, like higher-resolution screens, a more comfortable headset, and redesigned Touch controllers. But its biggest enhancement is actually an absence: The camera sensors are finally gone.

This definitely feels like a plus. Since I took delivery of my Oculus Rift two years ago, I’ve had to reset my sensors and boundaries again and again. The sensors get nudged, and my Rift is out of whack. Frankly, it’s a significant annoyance to repeatedly reset my boundaries. It’s one of the reasons — along with a general lack of great games — why I don’t use the Rift as much as I thought I would.

Instead of using two desktop cameras to track player movement, Rift S comes with five cameras in the headset. Its Insight system uses vision algorithms to track movement in real time. Painting boundaries for the first time is a much simpler operation, dispensing with chores like finding the floor and making sure the cameras are positioned just right so that they can scan the room.

The headset cameras also allow me to see my real-world surroundings while I’m painting my boundaries, making it a far less cumbersome experience. The loss of the desktop cameras means one less thing to worry about, as well as fewer cables piling up behind my PC. That said, the Rift S has a 5-meter cable — 1 meter longer than the original Rift — allowing for a larger playing area, if you have the space.

“You don’t have these things that are around while you’re not using the device,” says Jason Rubin, vice president of VR/AR content and partnerships at Oculus, in an interview with Polygon. “You can unplug it, put it in the drawer, pull it out the next time. In a minute or two, you’re back in with a new boundary system, regardless of whether the furniture is moved or even if you’ve moved your PC.” 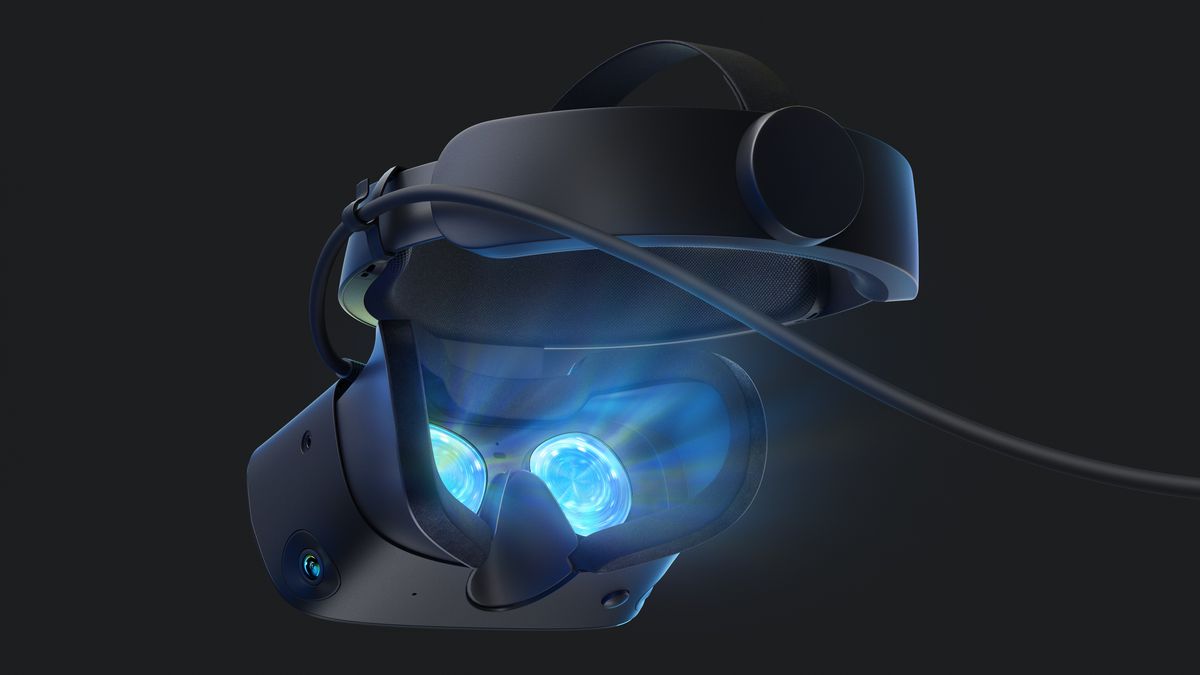 I spent some time playing with a Rift S at the Game Developers Conference last week, and came away impressed with how the headset cameras tracked my movement. The halo headset feels more comfortable and, as with the entry-level Oculus Go and the new stand-alone Oculus Quest, there are no fiddly headphones; audio comes from the halo.

The Rift S goes on sale this spring for $399 as the top-end model in Oculus’ lineup. It’s aimed at PC owners looking for high-resolution virtual gaming. Quest, also planned for release at the same time and at the same price, is a self-contained unit — it works without a PC, and makes various graphical trade-offs.

Simple games look much the same on both platforms, but more complex, graphically rich experiences are better played with the Rift S. Quest comes with the same camera array and full movement as Rift S, allowing for a shared library of games.

The entry-level Oculus Go, which launched last year and remains priced at $199, is now pitched less as a games machine, and more as a VR headset for large-screen content viewing. It does not come with the same array of sensors, and is restrictive in how it tracks player movement. 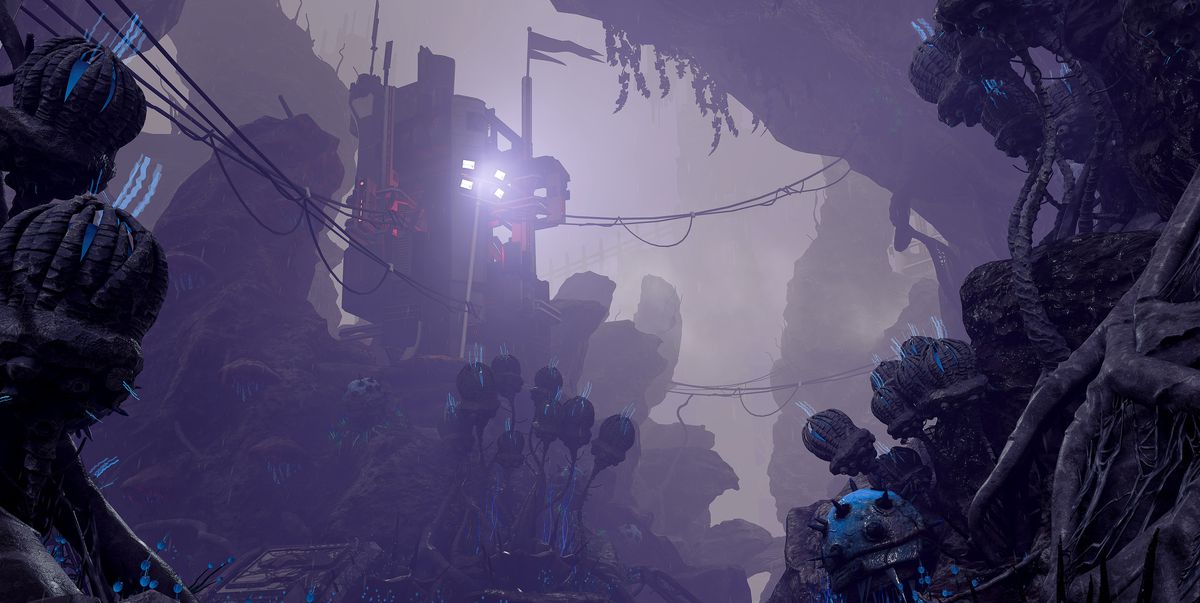 A scene from Stormland.
Insomniac Games

The biggest games on display at GDC included Stormland from Insomniac Games. It’s a 30-hour science fiction action-adventure in which I play as a robot who travels to exotic locations in search of parts. It’s a pretty game that merges puzzle-solving with shooting.

Asgard’s Wrath from Sanzaru Games is a gorgeous adventure in which I walk along the rainbow bridge Bifröst, marveling at planets hanging above me. It then turns into a swing-and-slash swordplay game as I take on a kraken in stormy waters.

Journey of the Gods is a Zelda-like first-person adventure from Turtle Rock. It’s a launch title for Quest, and will also be available for Rift S. Vacation Simulator, the follow-up to Job Simulator, will be released for Rift on April 9, and is coming to Quest as well.

Other titles on the way to Rift include popular versions of (or support for) traditional games, such as Dance Central and No Man’s Sky.

“When we launched the Rift, we had 30 launch titles,” says Rubin. “Most of those were small titles, because the dev kits hadn’t been out there for long. In the meantime, we’ve put 1,300 titles in the Rift store.”

He says that Quest’s retail selection will be more curated than the more open Rift S offering. “We’re taking the 50 best titles from those 1,300 and we’re bringing them to Quest at launch.”

All this adds up to a content and hardware platform strategy that keeps Oculus owner Facebook in the long-term chase for its stated goal of a billion VR players. But with sales estimated at somewhere from 1-2 million units to date — Facebook won’t release numbers — there’s clearly a long way to go.

Rubin, comparing the evolution of Rift to the early years of smartphones, says VR’s day is coming.

“It took a few years to blossom into this massive thing,” he says. His strategy is to keep improving the offering until the technology, the content, and consumers meet in the middle. “We think this self-contained tracking helps us get to the point where people see, ‘Wait, this is going to be easy and simple.’ And in a few years, they’ll get lighter, they’ll get smaller. They’ll get higher-resolution even than this. Everything will get better.”

Developers, he says, are becoming more interested in making big, impressive games for Rift and Quest.

“Consumers are going to say, ‘I want that software, I want that software.’ And that’s the point at which you start to see VR go crazy. It’s an exponential curve. We’re only four years since developers began making VR games,” he added. “Think about where we were four years after the first person made a video game. There is so much we don’t know and so much for us to discover about VR.”