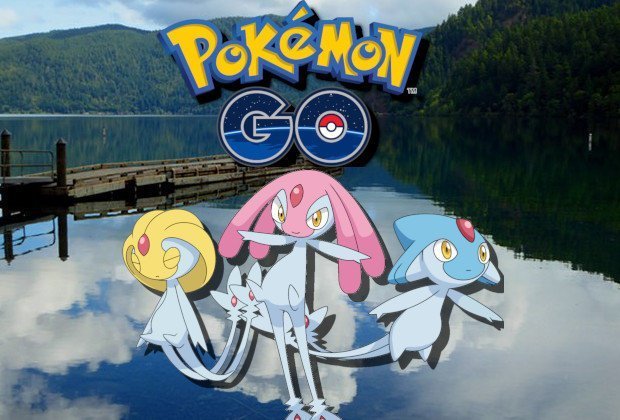 Just 24 hours after the Lake Trio got added to the game, we’re seeing Niantic reveal some more information about the legendary Pokemon.

In a tweet issued earlier today, it seems Niantic has confirmed that the Lake Trio are indeed regional spawns – apparently, for now, only players in the Americas and Greenland will see Azelf appear in the wild.

If previous spawns are anything to go by then, it means that Asian regions/Aus and NZ, and Europe and the Middle-East will get Mespirit and Uxie – we’re not sure which spawns where yet.

We’ll keep you updated as more information presents itself.

Today is a pretty big day in the history of Pokemon Go. Niantic has made three legendary Pokemon available to catch in the wild – the first time legendaries have ever been able to be caught outside of raids, breakthrough research or special events!

Known as the Lake Trio, Azelf, Uxie and Mesprit have today been unleashed into the wild via a new update in the game.

Thanks to some preliminary research done by the community (and a tweet from the German Pokemon GO account!), it looks like we can expect to catch these special Pokemon from around lakes and bodies of water.

Though it’s still early days, some players think the newly unleashed ‘mon could be region exclusives (think Mr Mime, Tauros, Farfetch’d et al). So far, we’ve only seen Azelf spawn in the US.

That’s unchecked right now, though: few players have actually reported the ‘mon in the wild, so we’re still trying to figure out exactly what the conditions are. The beauty of live games!

How to catch Azelf, Uxie and Mesprit in Pokemon GO

Currently, we only know that the Pokemon are more likely to appear near water.

Our office is located on an island, and we’ve had the game open since the Pokemon have been added to the game… and we’ve not even had a blip on our Nearby tab.

So they’re super rare – being around water will up your odds, but we imagine the Lake Trio are going to be even rarer than Dratini in the game’s first few weeks.

Don’t let that put you off, though: it’s possible we’re going to see the creatures added to the game in another capacity at some point – whether that’s through field research, raids or something else remains to be seen, however.

If you don’t know much about these strange lake-dwelling creatures, you simply have to go back to Pokemon Diamond and Pearl to see their debut.

The trio are tied to the appearance of the previously-introduced Regis that were originally found in Hoenn, with the Lake Trio having a relationship with the secret Pokemon Regigas (expect these lil’ blue floaties to be a precursor to Regigas’ arrival later this year).

Here’s the initial Pokedex entries for each ‘mon: