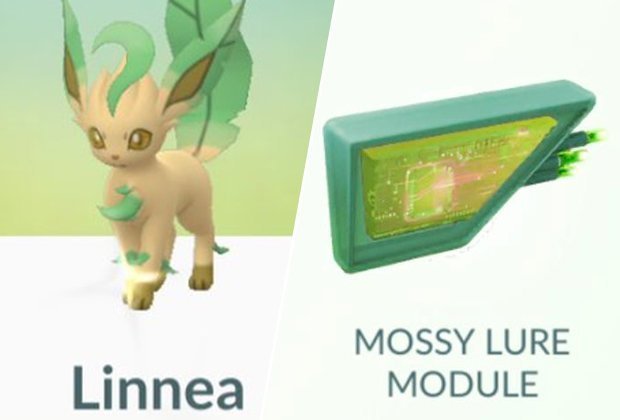 Pokemon Go received another big update this week thanks to the tireless effort of developer Niantic.

This new update – which was originally released on May 17 – saw a lot of new additions to Niantic’s real-world Pokemon exploration game.

As well as a new wave of Gen 4 Sinnoh Pokemon being added to the game, we also saw new ways of evolving certain Pokemon and new moves introduced to the title, too.

The update has started spawning the likes of Cherubi, Burmy, Shellos, Hippopotas, and Gible in the game, and has introduced new ways to evolve Pokemon so that you can (finally!) get your hands on Gen 4 favorites Glaceon, Leafeon, Magnezone, and Probopass.

Similarly to the mainline games, you will need to be within a certain distance of a special location in order to evolve the new Pokemon – so let us explain the two methods you can use to get your hands on the Eevee evolution, Leafeon.

How to get Leafeon – Mossy Lure

The May 17 update introduced three new lures to Pokemon Go:

If a special Lure Module is on a PokeStop you are in the range of, you will be able to evolve their Pokémon after spinning the stop – the stop must have been spun and you must be in range, otherwise the option to evolve Pokemon will not appear.

To evolve an Eevee into a Leafeon, you will need the Mossy Lure Module, which is currently available in the Shop for 200 coins.

Niantic assures us there will be a way to receive these modules via Special Research tasks later this year.

How to get Leafeon – Name-change method

Similarly to past Pokemon Go evolutions, it is possible to evolve an Eevee into a Leafeon via giving it a special nickname.

If you have 25 Eevee candy spare, all you need to do is rename Eevee as Linnea to evolve into Grass-type Pokemon Leafeon.

Important note – the renaming method only works once per evolution, and it’s likely you’ll see Niantic introduce Special Research that asks you to get a Leafeon and a Glaceon at some point in the future. Just bear that in mind.