Pokemon LeafGreen and FireRed were first released in North America this day 16 years ago. Developed as remakes of the illustrious Pokemon Red and Blue, LeafGreen and FireRed completely reimagined the iconic world of Kanto — the first ever Pokemon area to have been realized in a video game.

That fact is immeasurably important in and of itself. Remakes have become an essential part of the Pokemon world at large — as of today, Pokemon Gold and Silver have been remade as HeartGold and SoulSilver, while Pokemon Ruby and Sapphire eventually evolved into OmegaRuby and AlphaSapphire. The Kanto region has also been subjected to the remake treatment for a second time, resulting in the release of Pokemon Let’s Go Eevee in Pikachu back in 2018. 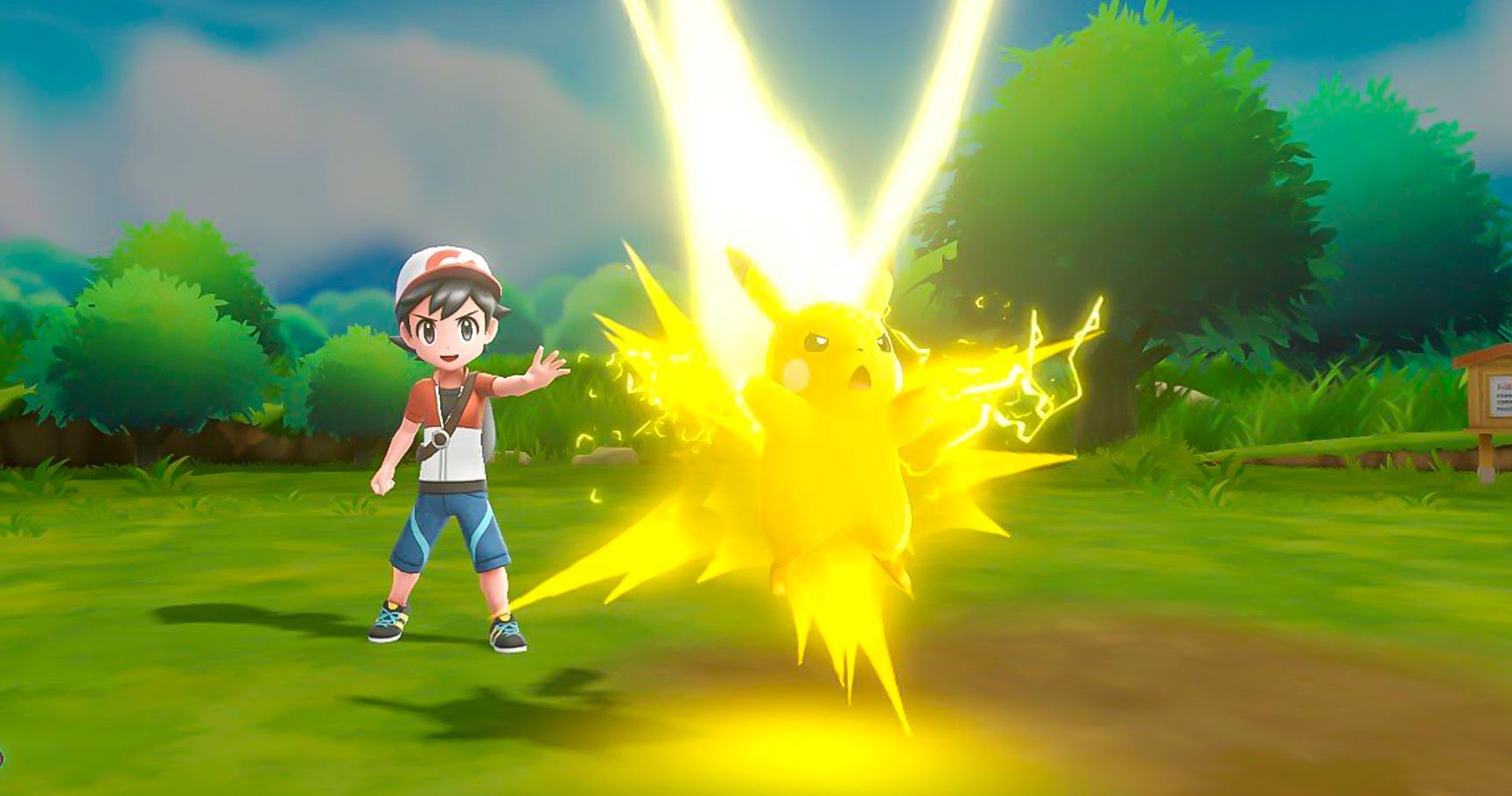 So the fact LeafGreen and FireRed got the remake train rolling is a pretty huge deal, but that’s admittedly pretty obvious for anyone who is even remotely interested in Pokemon. LeafGreen and FireRed also made a variety of other breakthroughs that were previously unheard of in the series — most of which became staples in its official formula.

But one of these breakthroughs towers high above the rest. The most important new element introduced in LeafGreen and FireRed was, without a shadow of a doubt, the Sevii Islands. Not because of the area itself — despite being a pretty cool region, in my opinion, the Sevii Islands have yet to reappear in any other mainline Pokemon game, even though they had a fascinatingly spooky Hypno forest. Also, Lorelei lived there, and she’s undeniably the coolest member of the original Elite Four — personally, I’m still holding out hope that Nintendo will be brave enough to reimplement the Sevii Islands in a future Pokemon game.

But again, it’s not the islands themselves that matter — it’s the fundamental concept of them. Pokemon Gold and Silver had a frankly astonishing amount of post-game content in that they literally added another eight Gyms and a second Pokemon League. Just when you thought you’d finished what was already a significantly long game, you realized that you were actually only about halfway through, and that your immensely strong Pokemon were about to become utterly pathetic weaklings all over again. 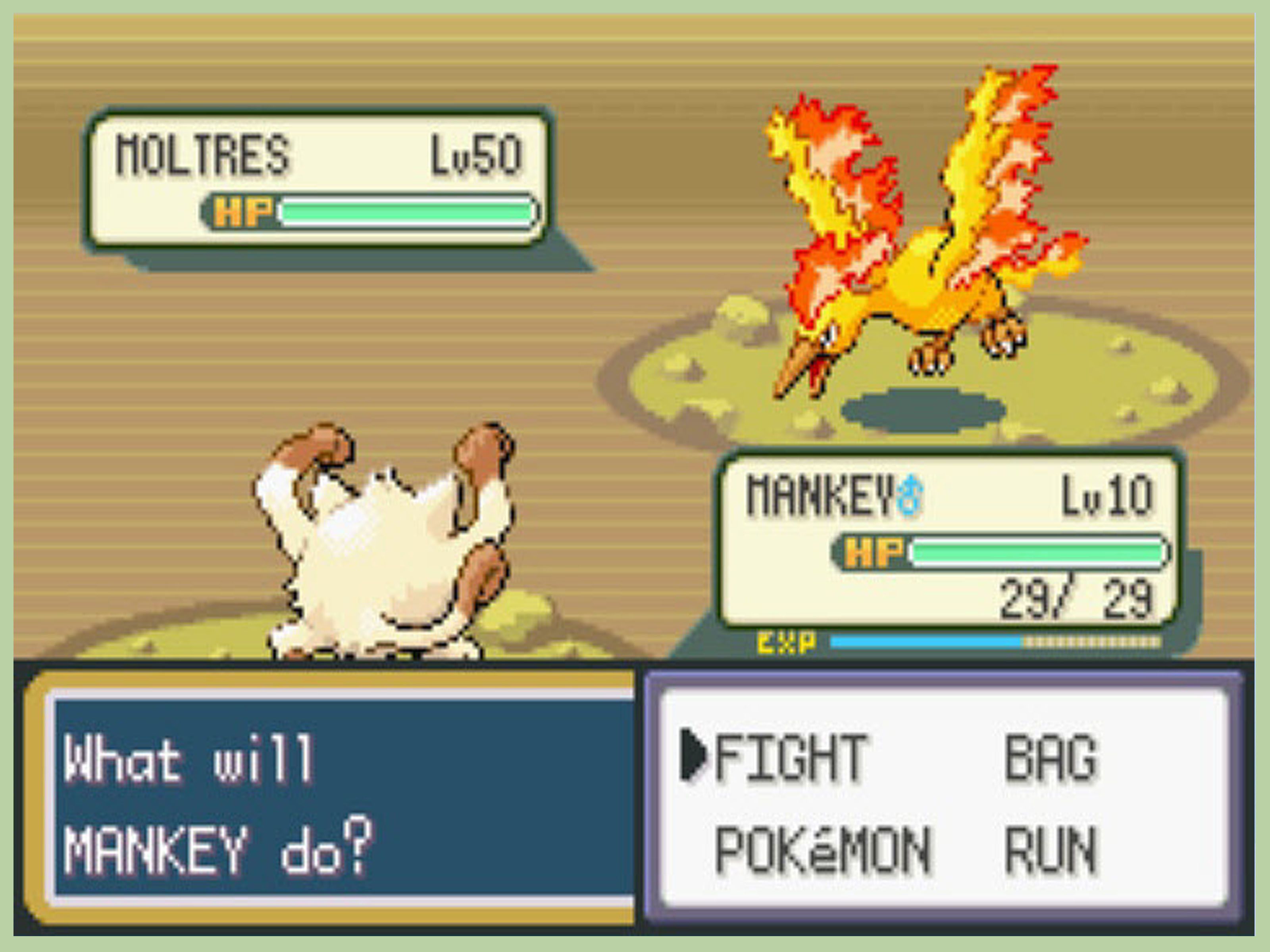 But this extra region was Kanto — it wasn’t new. On that note, it’s also useful to recall that although LeafGreen and FireRed were the first full remakes in the Pokemon series, they weren’t necessarily the first games to reimagine a region as part of their makeup. Gold, Silver, and Crystal were the first games to do that when they included a revamped version of Kanto — it just wasn’t subjected to the same amount of polish as LeafGreen and FireRed’s rendition.

So, when you talk about the Sevii Islands, you’re automatically discussing a post-game area that’s entirely new. This is a region that is mostly only traversable after you’ve already beaten up the Elite Four. And, because it’s completely fresh, it’s genuinely enticing to keep on playing despite having technically finished the game. You’ve accomplished your objective and become the Pokemon League Champion, but if you go to Sevault Canyon on Seven Island after doing that, you can catch yourself a bonafide Larvitar — that’s the first form of what’s eventually going to become Tyranitar, if you didn’t know, who is irrefutably one of the most brilliant Pokemon ever designed.

Shortly after LeafGreen and FireRed launched, Pokemon Emerald was released for the GameBoy Advance. For those less acquainted with Pokemon, here’s how the premise of Generations work: In the mainline Pokemon series, each Generation is primarily introduced by two brand new games that share the same region. However, each of the two games is slightly different — for example, in Pokemon Ruby you could catch Solrock, but that Pokemon wasn’t present in Sapphire. Instead, Sapphire had Lunatone — which, you might have guessed, wasn’t available in Ruby. 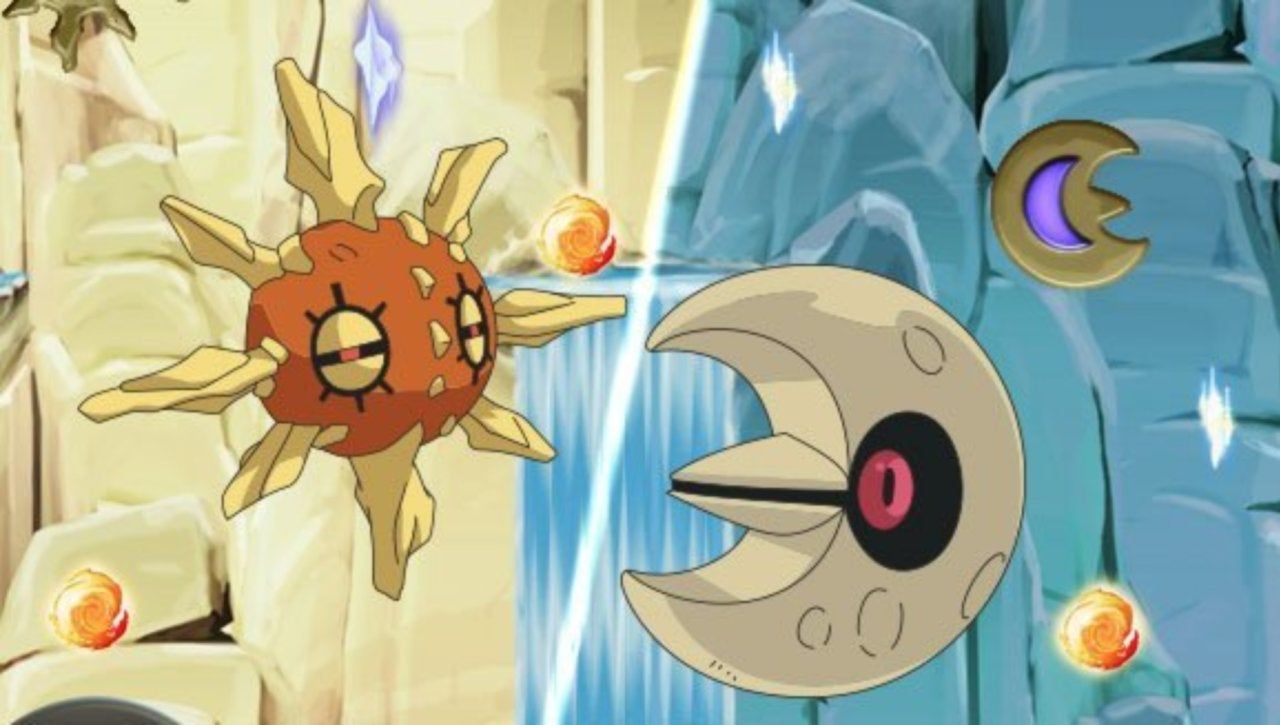 After the pair are released, a third game is released as the definitive version of that Generation. It’s worth noting that each Generation has a common naming scheme — Red and Blue’s third instalment was Yellow, Gold and Silver’s was Crystal, and, as you’ve probably guessed by now, Ruby and Sapphire’s was Emerald.

I’m going to go out on a whim here and say that Pokemon Emerald is the greatest Pokemon version ever released — the only real competitor is Crystal, which used to be my favourite. But Emerald is truly special, partly because it’s one of the most exemplary cases of combining its two constituent games into a singular, definitive experience.

But Emerald’s ubiquity can also be attributed to one other thing: its post-game area.

Like LeafGreen and FireRed before it, Pokemon Emerald added in a post-game region that was completely different from the base game. Known as the Battle Frontier, Emerald’s post-game is, to this day, the most genuinely intriguing back end of any existing Pokemon title.

Before explaining that statement, it’s important to note that Ruby and Sapphire had a Battle Tower, but that was in Lilycove City. which wasn’t new. On top of that, it was absolutely rubbish.

Battle Frontier, which you’re invited to by a weird guy called Scott who follows you, a 10-year-old, around Hoenn for the entire duration of the base game, is stupidly good. It has a Battle Factory, a Battle Arena, a Battle Dome, a Battle Pike, a Battle Palace, a Battle Pyramid, and a Battle Tower that’s better than the Battle Tower in Ruby and Sapphire. It has all the Battle shit. 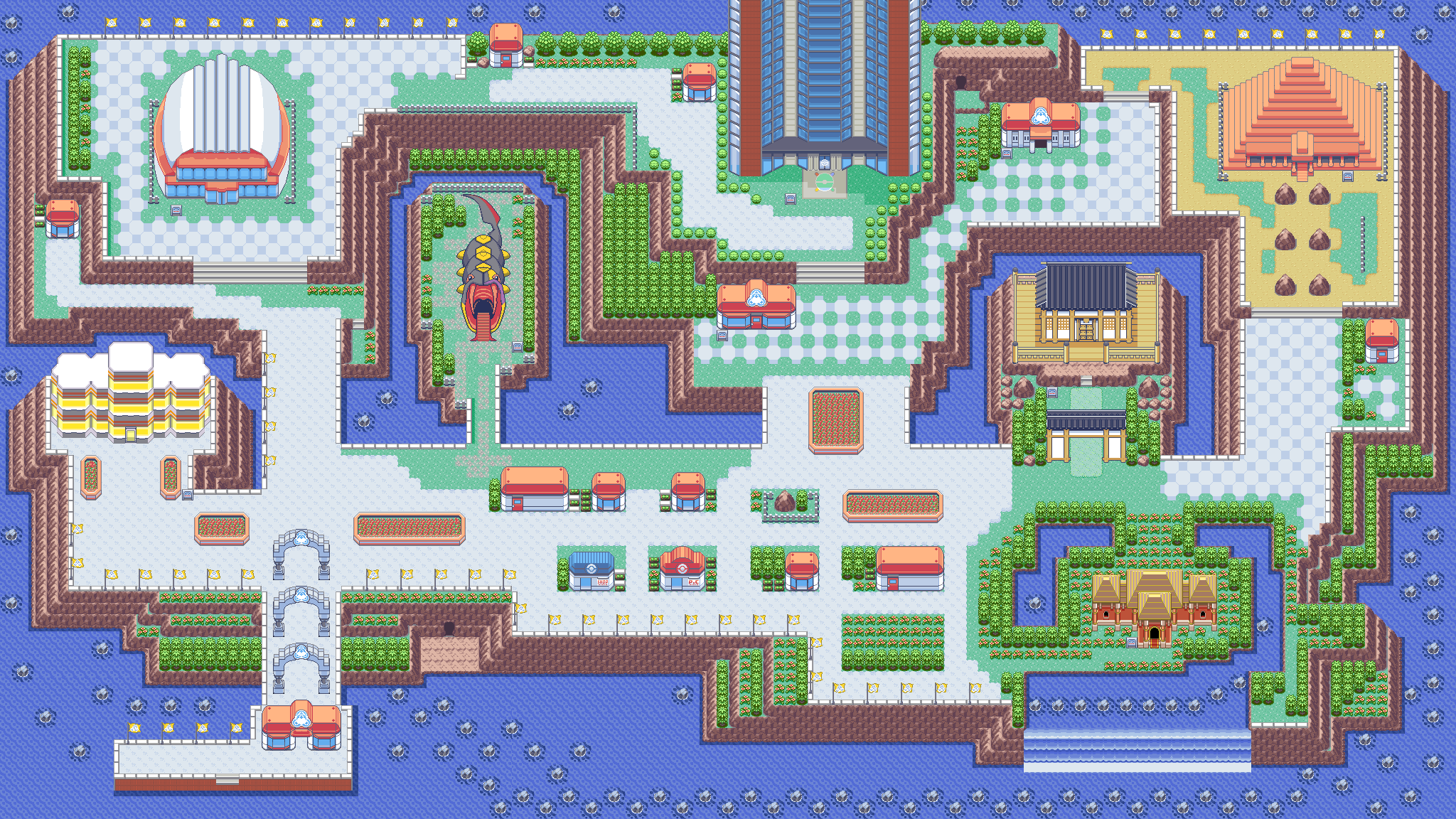 It also has Artisan Cave, where you can catch a Smeargle, a guy who trades you a Meowth (good) for a Skitty (bad), a Sudowoodoo, and loads more. And it exists primarily because of an innovation made in LeafGreen and FireRed: the Sevii Islands, or the first ambitiously designed post-game introducing a brand new area that can only be unlocked by defeating the Elite Four.

Ever since then, it’s rare to see Pokemon games that don’t lean into some form of post-game content. For me, nothing has ever been on the same level as Battle Frontier — but still, I appreciate that this is an element of Pokemon that has become essential to its overarching formula. Pokemon LeafGreen and FireRed are the first attributable reason for that.

Pokemon LeafGreen and FireRed were the first full-fledged Pokemon remakes, which is obviously significant. But they did so much more for the series than simply open the doors for enhancing games that already existed. They didn’t just cause Game Freak to look back for inspiration — they encouraged them to carry ideas forward, and to iterate on them in unique ways that occasionally fail, but sometimes, even if it’s seldom, actually work. As a result, they’re one of the primary reasons for Pokemon being as brave as it is today, because let’s be real — even when Pokemon is bad, it’s pretty difficult to say it’s not brave.