The announcement of new Pokémon can be controversial, friendship-threatening news. Allegiances to specific Pokémon are sworn and lines in the sand drawn. There are many hills, that many will die on, that involve their favorite starter Pokémon of choice.

However, while Twitter freaks out about the new Pokémon Wooloo (which let’s be real—we should be freaking out about Wooloo), we got a bunch more information on Pokémon Sword and Pokémon Shield from Wednesday’s Nintendo Direct. If you haven’t caught either of the two Nintendo Directs on the games, or you don’t spend your free time browsing the annals of the Official Pokémon website for some reason, here is a comprehensive guide to everything we now know about Pokémon Sword and Shield.

To start, the titles are called Pokémon Sword and Pokémon Shield. The games use turn based combat to battle Pokémon with different powers. Catch and train Pokémon to win battles with the ultimate goal of becoming the best Pokémon trainer. The game has a new title theme, that for the first time in Pokémon video game, has lyrics. It goes, “There’s nothing we can’t do if we make it together and look around you. You’re not alone.” The lyrics are cheesy, but if you aren’t getting a sappy song about friendship and achieving goals together, is it really Pokémon?

The site for the next Pokémon adventure is the U.K.-inspired Galar region. The distinguishing characteristic of Galarian culture is that Pokémon battles are regarded as the most popular form of entertainment. Think of Europe and soccer, except now, its Pokémon battles and Galar. Battle in a massive stadium in front of thousands of NPCs on Galarian television. It’s no CIA World Fact Book, but at least we know something about the people of the new region.

Spanning across the Galar region is the Wild Area. This ambiguously named zone seems like it comprises anything that isn’t the city. It’s the best place to find Pokémon, and as the weather changes, so will the Pokémon we find there. As far as geography goes, the Galar region features a wide variety of terrains and zones like snowy mountains, grassy plains, and misty forests. We have also seen ruin markings in gameplay, but we don’t know the significance yet.

Similar to Ryme City in the Detective Pikachu movie, Pokémon play a central role in Galar by participating in day-to-day life by doing things like working. This brings up a lot of unconfirmed questions like, are Pokémon unionized? Are there Pokebosses? How does Buddew run a front desk just by saying “Buddew!” over and over? 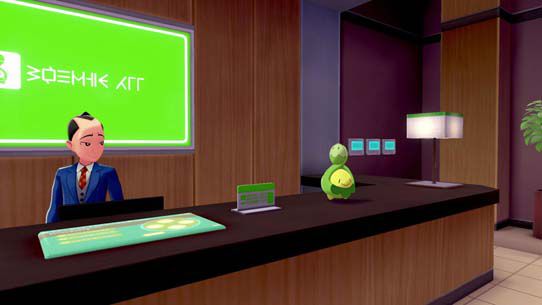 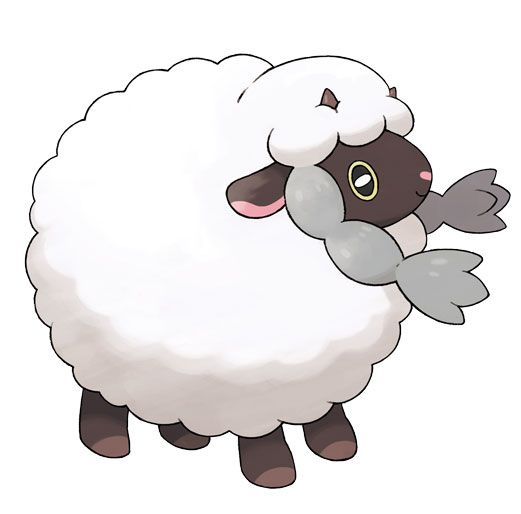 We also have the three new starters, Grookey, the mischievous grass type; Scorbunny, the energetic bunny; and Sobble the timid water type. We don’t know what their evolutions will look like yet. 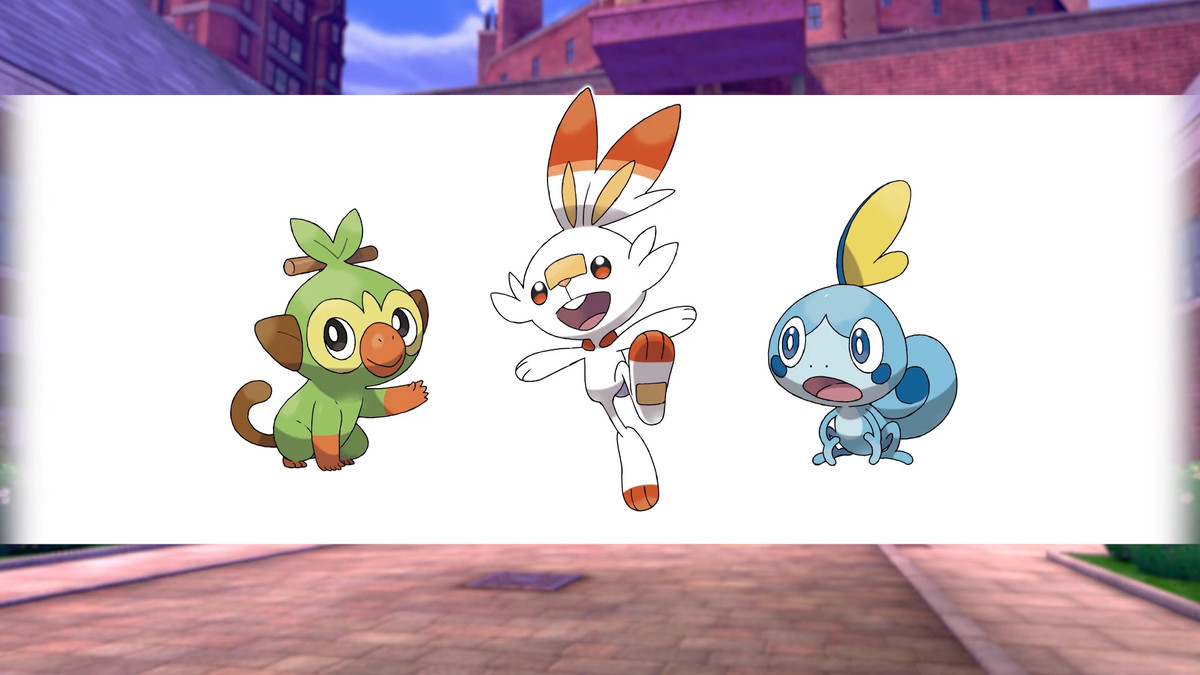 Corviknight is a steel and flying type Pokémon that will transport you around the Galar region. 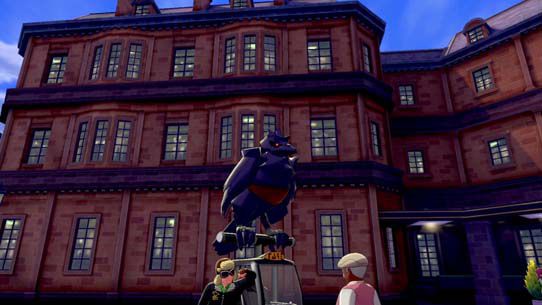 This time around, we will get two really good boys as our legendary Pokémon: Zacian is the sword bearing mascot of Pokémon Sword and Zamazenta will represent Pokémon Shield. We do not currently know if Zacian can drop its sword from its mouth or not.

Other Pokémon announced include:

We have also been introduced to some new characters in the world. 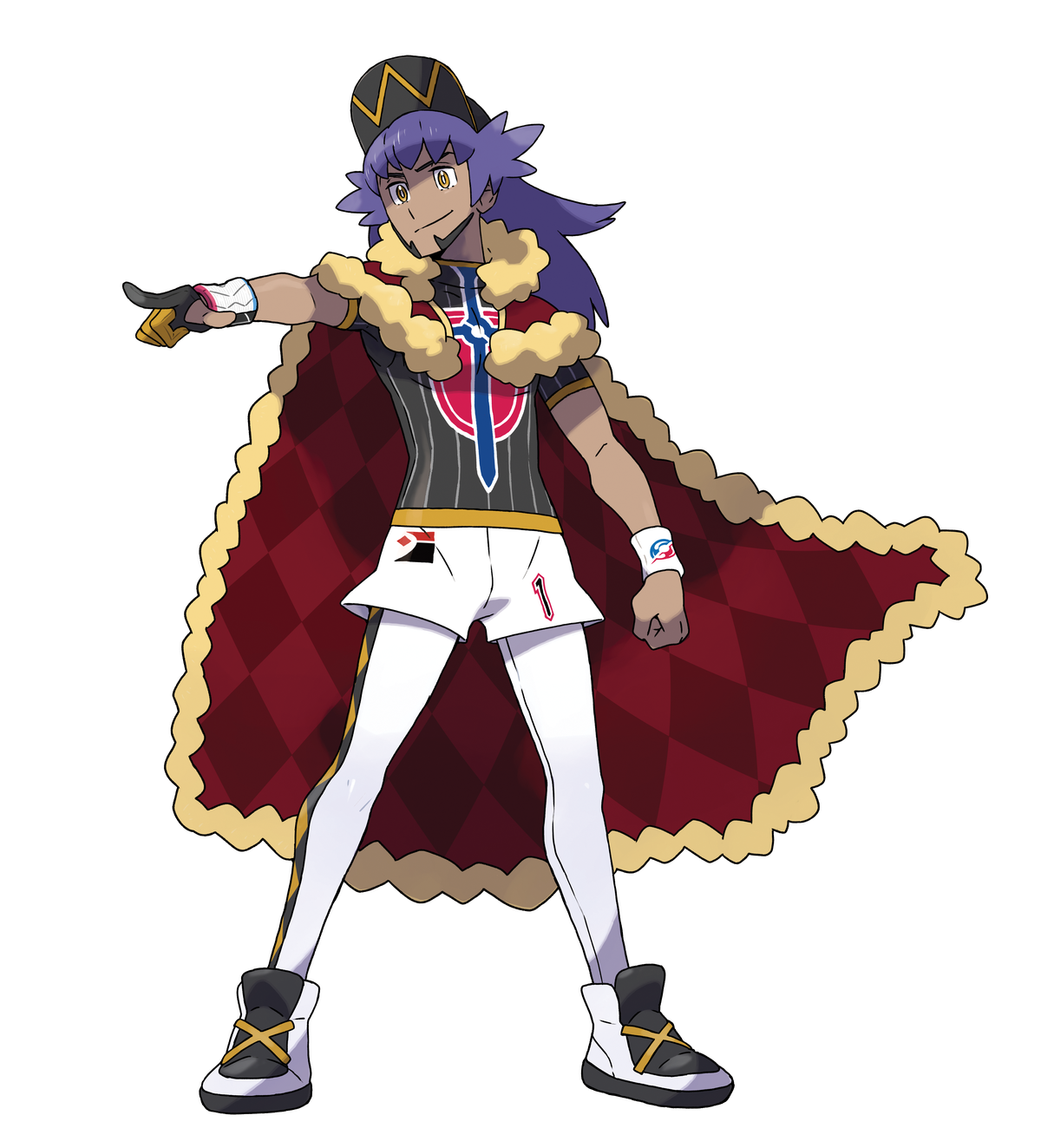 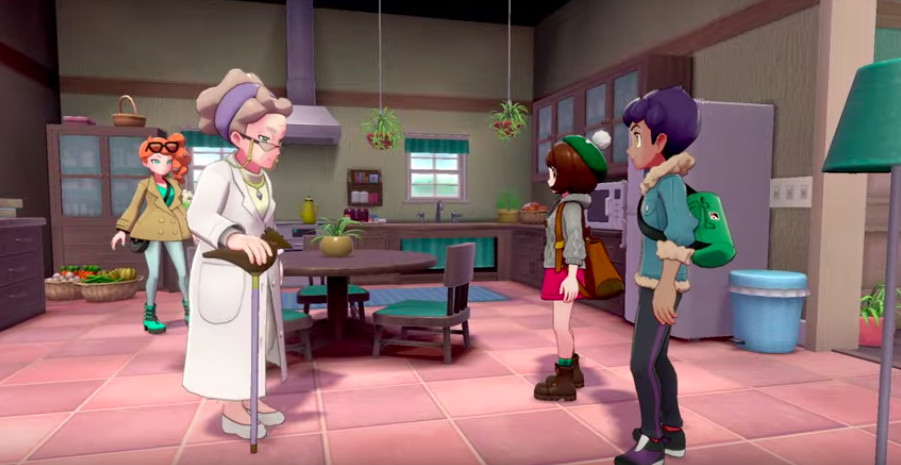 A small, but important change, is that we will get a rotating, third-person camera for the first time. This is a dramatic departure from previous Pokémon titles, as the camera has previously be fixed at an overhead or oblique angle. This will aid the player in navigating the vast lands within the game and help players spot Pokémon as they walk through the Wild Area. The Pokémon look great interacting in their environments, and are scaled differently based on size, similar to what we saw in Pokémon: Let’s Go, Pikachu! and Let’s Go, Eevee! It looks like there will be the old-fashioned, random encounters by walking through the grass as well.

So we have Pokémon evolutions, Mega evolutions, and legendary Pokémon. What is left? How about Pokémon that are just really, really big. Dynamax takes regular Pokémon and super-sizes them, cranking them up to the towering levels of Godzilla or another kaiju. In a regular trainer battle, Dynamax can be used once and will last three turns before the Pokémon returns to normal size.

Dynamax Pokémon also appear in new events: Max Raid Battles. In these, trainers team up with up to three other players, either locally or online, to beat and catch the Dynamax Pokémon that stay big for the entire battle. It looks like they’re triggered by these stone landmarks with red pillars of lights, so you probably won’t run into one accidentally. Per the direct, this will be the only way to catch some Pokémon. We have yet to see how Mega Evolutions will fit into this new way of battling.

We also have seen the Dynamax Band, a bracelet that presumably allows the player to trigger their Pokémon’s Dynamax mode, but there’s little other information on it right now. 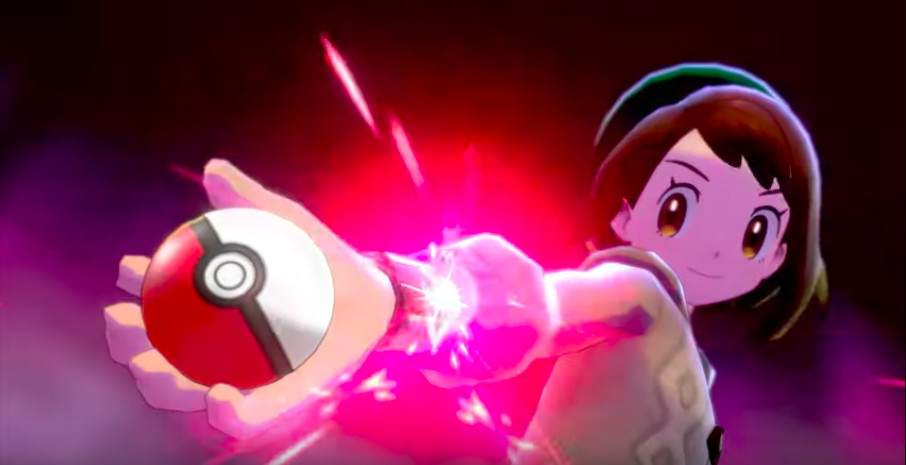 The Pokédex for this game is a Rotom and will be part of your Rotom Phone. Then you get a Rotom bike, for your Rotom wife, and live happily ever after. Jokes, aside, we do know that the Rotom can insert itself into all kinds of technology. For example, it can infuse with your bike to make it move faster over land or take the player’s avatar over water. It seems like this time around, instead of “hidden techniques” and Pikachu flying via balloons, we will get to ride our bike across the lake and call a Taxi carried by Corviknight.

We do not know if we will get any new kinds of Poké Balls, though we do see a giant Poké Ball being thrown to catch a Dynamax Gyarados. However, we don’t know if that is a normal Poké Ball that grows in size or a separate piece of Poké Ball technology.

Pokémon Sword and Shield will be released on the Nintendo Switch Nov. 15.