The eighth and final episode of Invincible Season 1 is set to premiere on Amazon Prime later this week, and the series has proven to be better than I could have ever expected. However, if you’ve been waiting for the first season to wrap up so you can binge the whole thing in a weekend, I have to recommend that you don’t. Invincible is a great series, but I firmly believe it is not meant to be binged. It may look like a cartoon superhero show, but Invincible is an ultra-violent and emotionally-gripping roller coaster ride that has consistently left me drained and, at times, nearly despondent week after week. I love the show, but I don’t know if my heart could take watching it all back-to-back.

The weekly release schedule that the non-Netflix streaming services use is generally pretty frustrating. While I acknowledge it was fun to speculate on plot points between episodes of Wandavision and “talk around the watercooler” online after every new episode of The Boys, I would have much preferred to have access to the full season so I can watch shows at my own pace. A weekly release schedule creates more focused conversation, but it also makes me feel like I need to watch every episode the moment it premieres just to avoid spoilers. When The Falcon and the Winter Soldier aired, I tried to wait and watch the show at my own pace, but every single episode was spoiled for me on Twitter every Friday. I think that releasing episodes all at once offers viewers a better experience overall…most of the time.

On the other hand, I’m so glad Invincible aired week-to-week because if I had tried to watch it all at once, I think I might have hated it. Invincible, like the comic it’s based on, is a lot heavier than it looks on the surface. Not only is Invincible a lot more violent than any DC or Marvel show would ever be (and I mean A LOT more violent) it also deals with heavier themes, more related drama, and plot that moves forward quickly, has no status quo, and reaches some incredibly dark places in just about every episode.

Invincible is the story of a teenager named Mark that is just discovering his superpowers. His father, Omni-Man, is Earth’s Superman-esque protector from the planet Viltrum. Mark is obviously thrilled to finally have the powers we always knew he’d one day acquire, but he quickly realizes that he can’t continue being a superhero and a normal teenager.

This may all sound like standard comic book/superhero material, but there’s a groundedness to Invincible that makes it unlike any other superhero story. Mark has a lot of fun being a superhero throughout the first few episodes, but he also suffers a number of devastating setbacks and traumatic ordeals, both emotionally and physically. While trying to navigate his new role as a protector of Earth, Mark ruins relationships that are important to him, witnesses stomach-churning horrors, fails repeatedly, and ultimately has to make an unfathomably difficult choice. Mark is a good-spirited character, but all of these experiences weigh on him, and it’s easy to see how much of his innocence is lost throughout the season. The responsibility hardens Mark, and it can be a lot to take in. 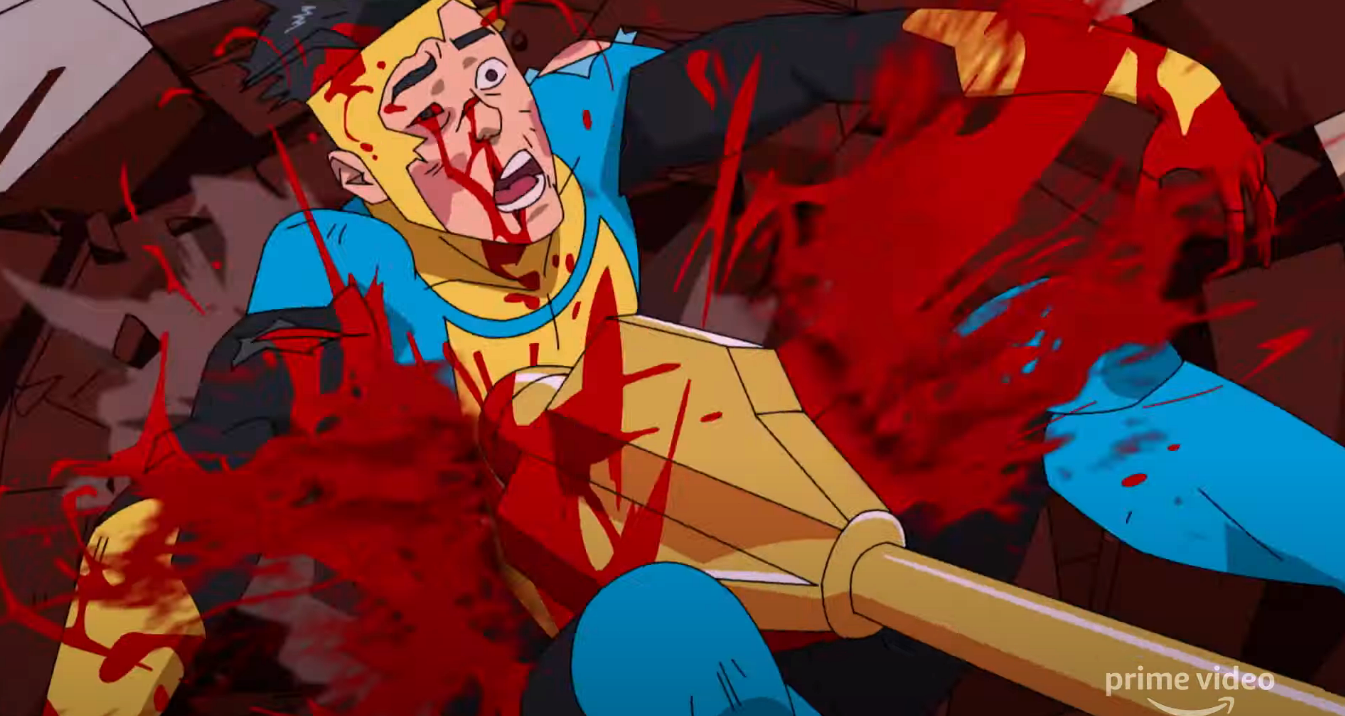 Beyond the emotional stakes of the series is the outrageous scenes of violence. The climactic battle at the end of the first episode hit me like a truck and left me feeling absolutely exhausted. These frequent battles are so much longer than you would expect, and they happen in every episode. There’s a fight in the fifth episode that lasts a full ten minutes and is one of the most shocking and gory scenes ever animated. Most episodes of Invincible left me feeling numb because of how overwhelming the events had been.

Invincible is a phenomenal show that I highly recommend, as long as you’re OK with blood and guts. It’s definitely not for kids or emetophobes as someone seems to puke in every episode. If you’re interested in a different kind of superhero show, Invincible is it, but I can’t stress enough that I don’t recommend watching it all at once. If you’re enjoying the ride, obviously go at your own pace, but I for one wouldn’t have made it through this show had I planned to sit down on a Saturday and binge it. Invincible demands a pretty significant emotional investment in order to really appreciate it, and I don’t think it’s a good show to watch passively. Everyone in the cast delivers incredible performances and I found myself hanging on every word, particularly from both Mark himself, played by Steven Yeun, and his girlfriend Amber, played by Zazie Beetz. It’s just a lot to take in, so if I were you, I’d take it slow.

Next: Why I Cannot Get Into Video Games Made From Movies Or TV Shows 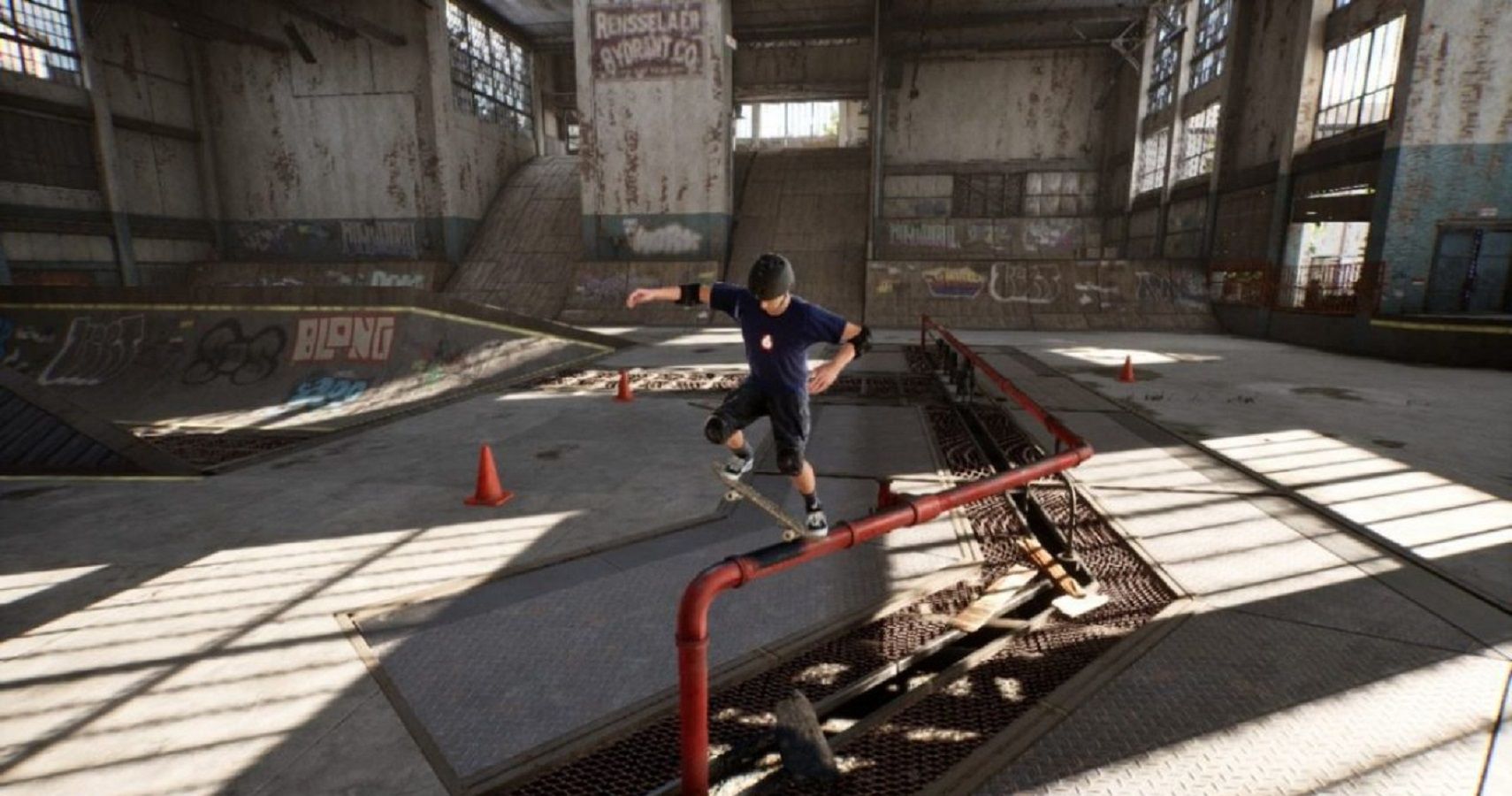