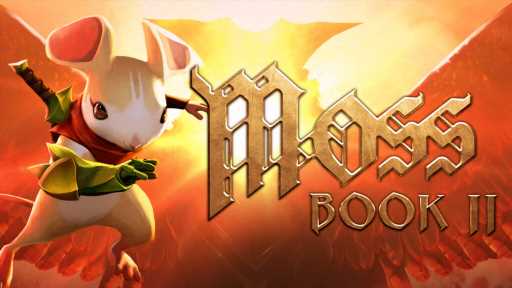 It’s been a while since Polyarc made any announcements regarding its videogame plans. Its massively popular title Moss launched three years ago and fans have been hoping for sequel news, finally arriving during PlayStation’s State of Play event. Polyarc has just revealed Moss: Book II for PlayStation VR and the return of its enigmatic heroine Quill.

Alongside the first teasing trailer which showcases new locations and interactions, the studio has revealed that Moss: Book II will continue right where the original concluded, with Quill rescuing her uncle Argus from within the hexed castle. In the sequel, Quill discovers a winged tyrant who leads the Arcane forces is hunting her, embarking on a journey through the castle filled with new puzzles and enemies.

There are going to be some epic looking locations to explore whilst encountering new allies and old friends. Some of the new features revealed so far include wielding a big ole hammer and creating new pathways with a nature attunement ability. Plus Quill’s ability to charge her weapons has been enhanced.

“We were blown away by the reception from fans to the Moss story. Players built an extraordinary bond with Quill. Countless emails, tweets, streams, and fan art postings made us feel like we had created something special,” said Josh Stiksma, principal software engineer and design director, Polyarc, in a statement. “We’ve since poured our hearts into ensuring Book II is a worthy continuation of Quill’s journey, and hope fans around the world are ready to join Quill in the next chapter of her story.”

“In Moss, players not only guided Quill throughout gameplay, but they also reached into the world as their own character—their every action had an impact. Players return to this role in Book II and it’s our hope that they are once again reminded of the joy of physical interaction and the power of emotional feedback they can experience within VR,” Stiksma adds. “And it’s that immersion that makes the journey feel all the more real and the stakes even higher.”

Moss became a firm favourite in 2018 with VRFocus’ own review remarking: “Moss is a flawlessly crafted experience starring a character that absolutely deserves to be the face of modern VR. Every inch of the world shows attention to detail, and a story is woven that draws you in, making you truly invested in the world and in Quill as a person.”

Polyarc has yet to say when Moss: Book II might be arriving for PlayStation VR or whether other platforms will be supported in the future. When those details are available VRFocus will let you know.