The great industry at large might have a problem with preserving its history, but there are a few outliers. Companies like Sega and SNK are at the forefront of releasing their back catalog of titles on basically every machine possible. Starting with compilations all the way back in the PS2 days, we’ve progressed to the point where individual games can be purchased on digital storefronts for users’ convenience.

That brings us to SNK Gals’ Fighters for the Nintendo Switch. Shadow dropped last week on the Nintendo eShop, this game is a re-release of the 2000 Neo Geo Pocket fighter that features chibi versions of SNK’s roster of female characters. The most notable thing about this release isn’t that you can finally play it on a TV, but that it’s the first re-release of the title in 20 years.

Despite having a large staple of classics on the eShop (among other platforms), SNK has been reluctant in re-releasing titles from its handheld device. There could be any number of reasons for that, but SNK Gals’ Fighters deserves better than to be forgotten to time. It may possibly be a little redundant in 2020 but serves as a look back into the limitations gamers had to deal with at the time. 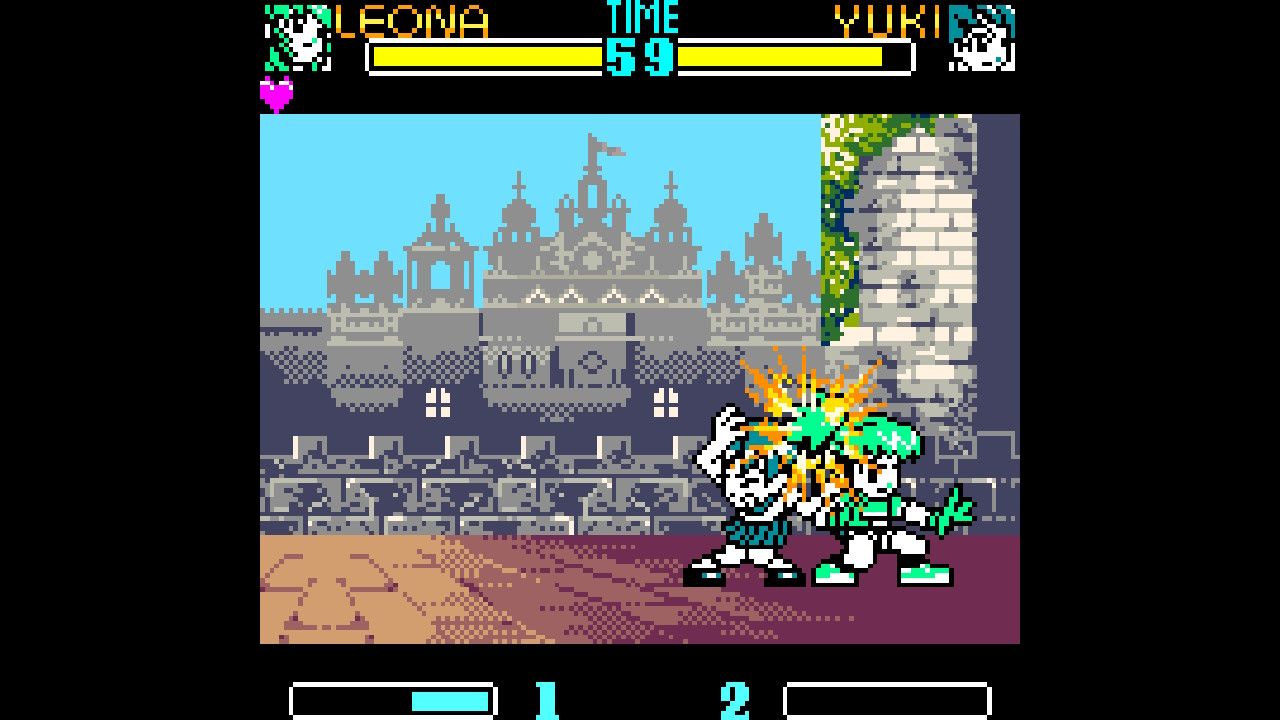 All you really need to know about the game is that it is a portable fighter from before mass internet adoption that is played with a two-button setup. In this day and age, it can feel incredibly primitive, but one has to use context to see how impressive this really is. Fighters on Nintendo’s Game Boy and Game Boy Color systems were absolutely terrible. One only need look up Mortal Kombat to see a portable version of a game done wrong.

SNK Gals’ Fighters retains everything that its more powerful Neo Geo counterparts have, just with simplified visuals and inputs. You’ll still be making half-circle rotations and pulling off charge moves like you’re playing a semi-modern fighting game. In fact, super moves are present and they don’t even drop the framerate to single-digits. Apart from the relatively simple color palette, you could trick someone into believing this was a retro throwback title released today.

These aren’t knocks against the game, but more so where we are in time. SNK is selling Gals’ Fighters for $7.99 on the eShop, but you can also grab the much better King of Fighters 98 or Garou: Mark of the Wolves on Switch for the same exact price. Back in 2000, taking those titles on the go was impossible, let alone how buying a home version was ridiculously expensive. Gals’ Fighters and its kind served a purpose back then. 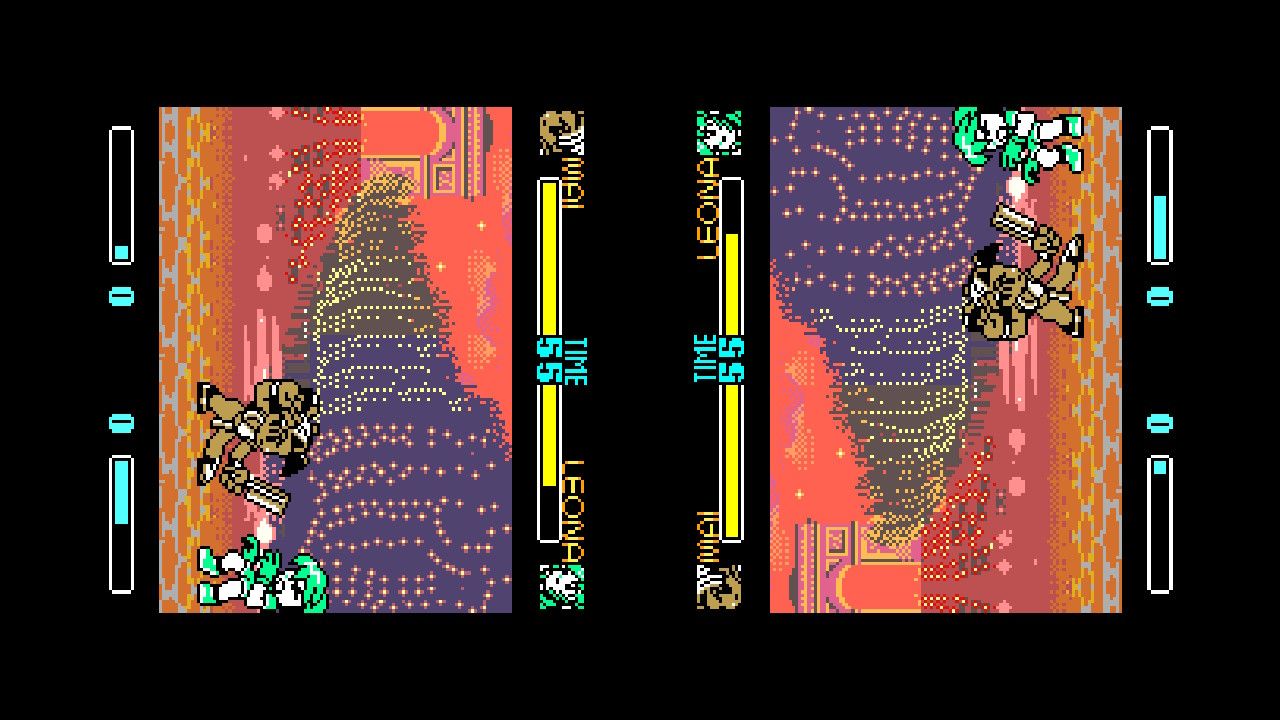 In today’s world, it really only exists as a way to preserve this title’s legacy. Gamers that are into checking out retro titles will surely get a kick out of it, but those that want a more fully-featured package would be better served by checking out the 2019 reboot of Samurai Shodown instead. You can even find Mortal Kombat 11 on Switch and it doesn’t run like total garbage.

It’s not like SNK just stopped at porting Gals’ Fighters, though. There are some cool extras here to sweeten the pot. A very fetching 2D border of differently colored Neo Geo Pocket systems can displayed alongside your game to semi-replicate the handheld experience. You can apply an old LCD filter to fuzzy up the visuals some. Multiplayer is even facilitated by splitting the screen in two and holding the Switch on its side with your friend. It’s a really nice attempt at trying to replicate the classic link cable system old portables had.

You also have to marvel at how putting this on the TV doesn’t render the game ugly as sin. There’s a very nice upscaler here that makes the visuals appear crisp and clean. One wouldn’t expect a pocket title from 2000 to look even half-way understandable on a TV, but SNK found some way. Multiplayer works without a hitch in docked mode, too, simply replicating a regular fighting game on one display. 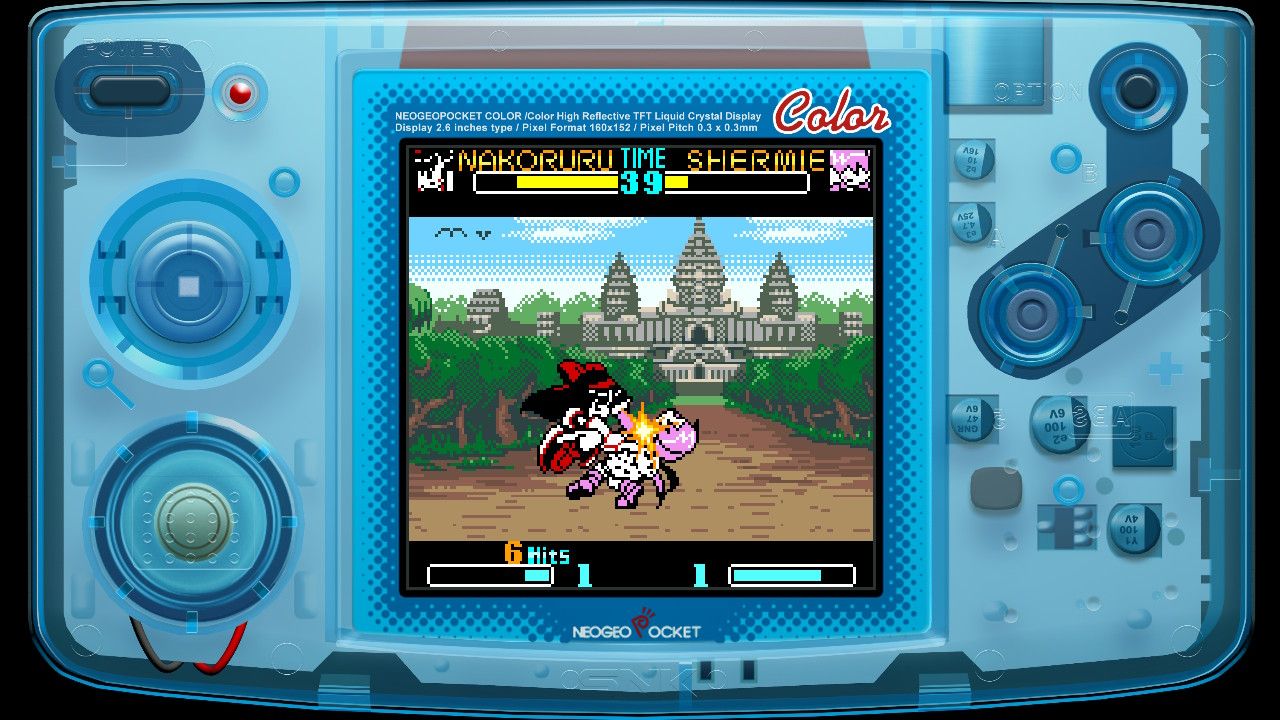 So while I wouldn’t recommend most people grab SNK Gals’ Fighters, it’s impossible to say this is a shoddy version of the game. It’s likely the best version, including spontaneous multiplayer on the go with the Switch’s unique features. It’s not much different to the port of Samurai Shodown! 2 that was offered as a pre-order incentive for grabbing the belated Switch port of Samurai Shodown.

SNK Gals’ Fighters retains its playability because SNK factored that into its initial design. Even if the Neo Geo Pocket is an incredibly outdated piece of hardware by modern standards, it was really ahead of the game 20 years ago. That helps keep Gals’ Fighters from being without value.