Steven Universe Future is a masterful epilogue to Rebecca Sugar’s groundbreaking animated series, and one that isn’t afraid to explore the deeper meaning behind everything its cast has gone through over the years – especially Steven. It took the conclusion of the original series and decided to analyse the consequences, and how the bittersweet truth behind Rose and the action of the Diamonds wouldn’t go unnoticed. They would have a profound, lasting impact on our protagonist, which deserved to be explored.

If you aren’t familiar with Future, it takes place after the film and two years following the conclusion of the initial series. Steven convinced the Diamonds to cease their galactic conquest and repent their imperialist ways, freeing the people under their control and allowing the universe to become a peaceful, welcoming place. Yes, this is a show intended for children, but beneath its bright colours and playful characters sits a narrative and themes that don’t back down from challenging young viewers, while also teaching them it’s okay to be different.

Future pitches itself as the idyllic future Steven has always wanted, a world where humans and gems can exist together without worry. His relationship with Connie has grown into something romantic, while people look up to him as someone to be admired. However, such a place is almost too perfect, with everyone around Steven overlooking the trauma that has been inflicted upon him by years of saving the world, losing friends, and learning the true nature of his mother’s identity. They don’t understand him, and Steven doesn’t even understand himself.

The small number of episodes in Future follow Steven as he helps wayward gems to find a new purpose in Little Homeworld, while actively ignoring his own problems and exactly how he fits into this new universe he’s a part of. Solving the struggles of puzzled gems also helps Steven find his own purpose, to unearth past trauma as he does battle with old enemies and comes to grips with new powers he still doesn’t truly understand.

It’s a rough watch for those who can relate to the struggles of troubled families, deep-rooted anxiety, and the stress that comes with simply having no idea where you belong. There is no supreme villain to thwart anymore – they’ve all had their redemption arcs. Instead, each episode exists as an existential character study into what happens when the world has already been saved.

One of Future’s most powerful scenes takes place in a hospital where Steven is growing into a variety of different sizes in response to a new power, glowing a fluorescent pink as the building he resides in can barely contain him. To get to the bottom of things, Connie’s mother takes an X-ray that unveils the sheer extent of damage Steven has suffered throughout the series. His bones are broken, his body fractured into such a state that it’s only being held together by his innate supernatural powers. A normal person would be dead. It’s a literal manifestation of his own trauma. 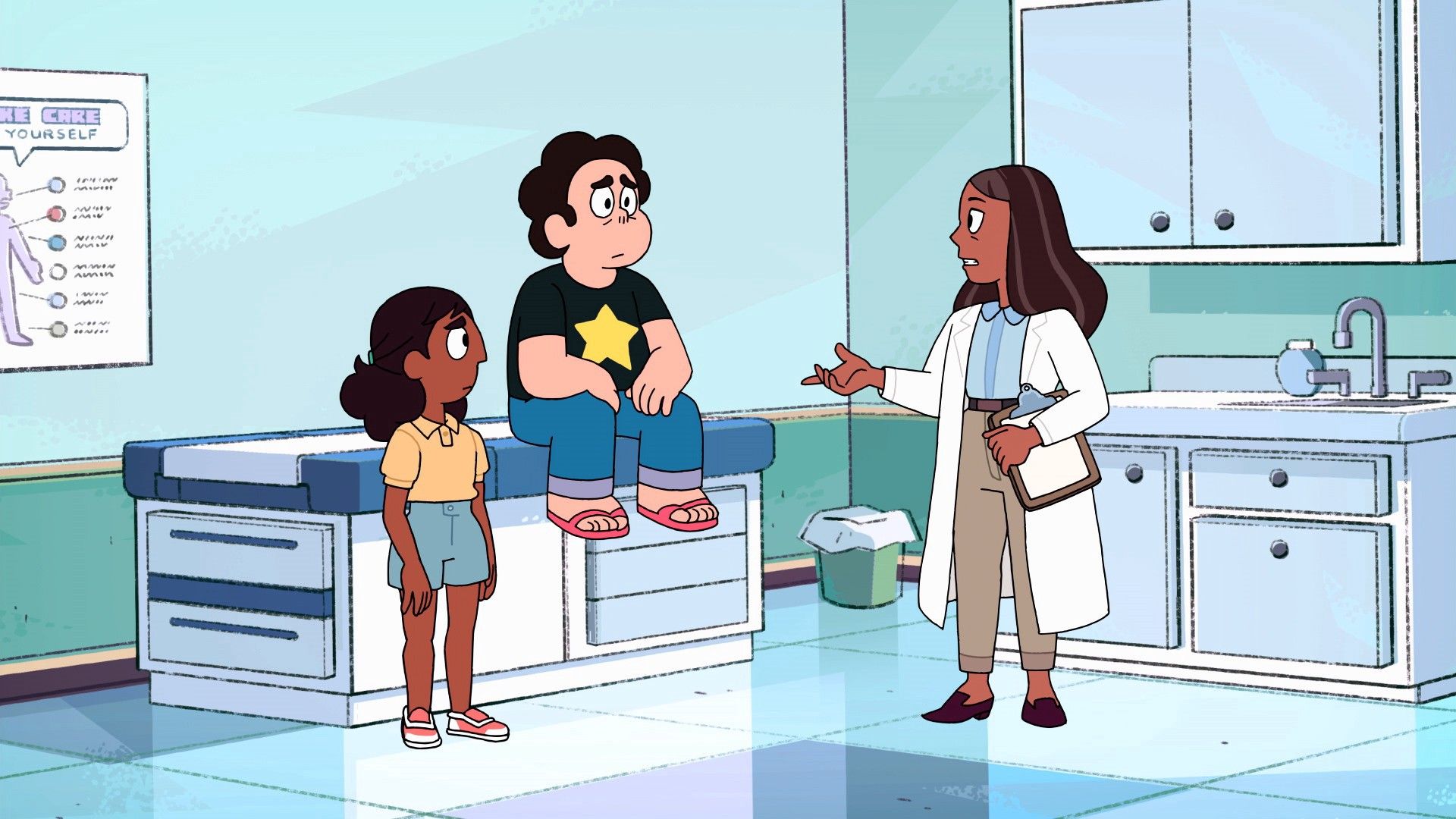 Steven runs away, unable to confide in his loved ones as this sense of uncertainty eats away at him, refusing to let go until the final episode sees him evolve into an unstoppable monster. He’s brought back from the brink with the power of love, which I know sounds awfully cliched, but it’s expressed here in a way that feels frighteningly realistic. His friends and family realise that they haven’t been there for Steven, and need to recognise the trauma he’s suffered means something and cannot be washed away with a fairy tale ending.

Scars can’t be overlooked, they must be tended to and looked after so mental anguish doesn’t surface again and again. These are the things that ruin people, and they almost ruined Steven, but when all seems lost, the future finally starts to seem a little clearer. The ending is one that delivers a mixture of emotions as Steven leaves his hometown to begin another chapter in his life, deciding that dwelling on the past and in the place that has defined him would only hold his ambitions back.

Tears are shed, and the story comes to an end. Steven Universe Future is an epilogue that teaches young viewers that trauma is a thing that everyone will experience in their lives, and tackling it will be a challenge. Despite this, there are people who love you and will help you through it, even if at times such obstacles can feel insurmountable. For a series that set a new benchmark for queer storytellng in the animated medium, this is another achievement that shouldn’t be overlooked. In Cartoon Network’s modern repertoire of creations, Steven Universe stands proudly at the top of the pile.

Next: Why Is It So Hard To Make A Good Dinosaur Game? 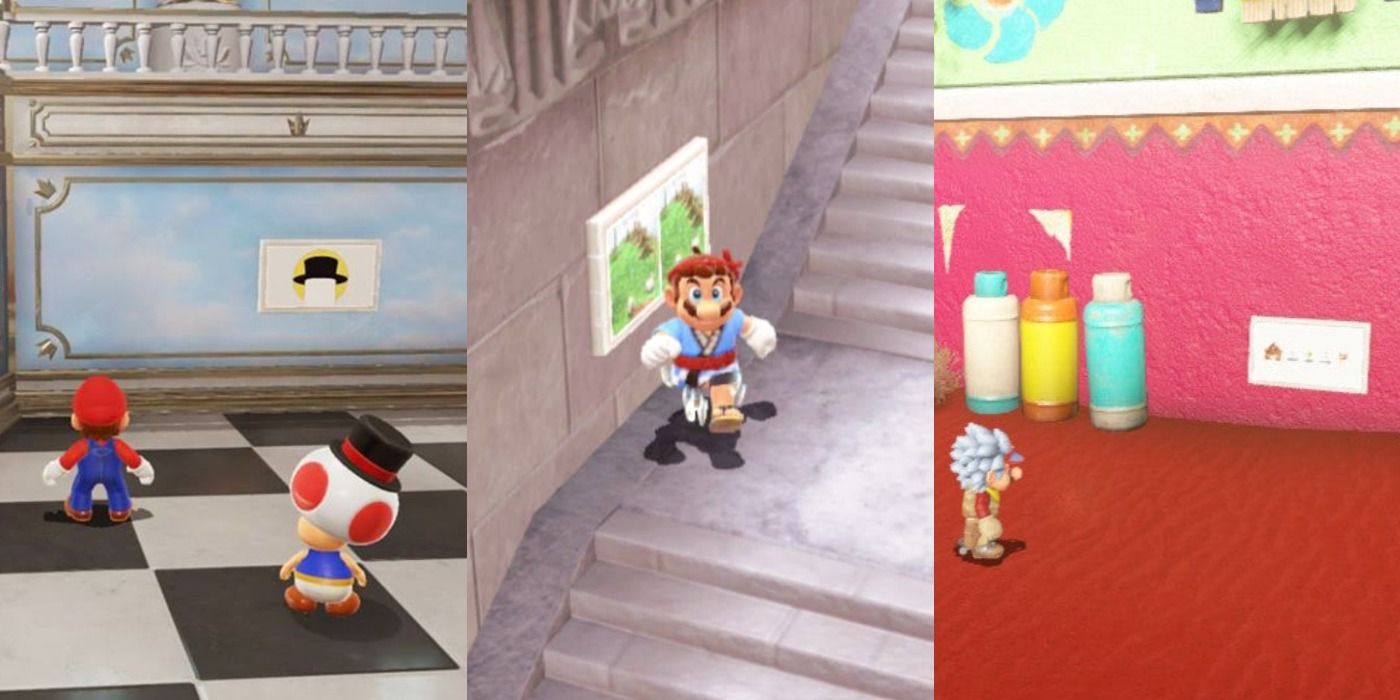