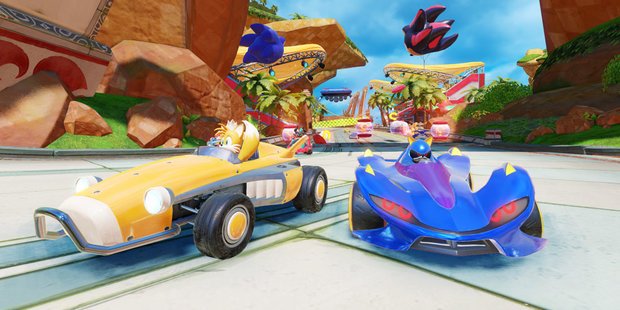 All of these team dynamics bring a new level of tactics to the game, and open up a new dimension of possibilities to long-time fans of the genre. As well as that, players have the choice of choosing one of three types of racer: speed, technique, and power. Speed racers are not affected by projectiles which may affect their lead, technique racers can drive upon any surface without experiencing slowdown, and power racers can break through obstacles which would inhibit other racers.

The player has the option of a variety of game modes; they can follow the story in Adventure Mode, they can participate in a Single Race, Grand Prix or Time Trial, or they can take their skills online and face off against other players around the world.

The Adventure Mode has some semblance of a story to it, although it offers very little beyond introducing the player to the various race types the game has on offer, such as Team Race, Team Grand Prix, Ring Challenge, Daredevil and more.

Adventure Mode employs the three-star rating often seen in mobile gaming – complete certain objectives throughout your races to get a number of stars, with these stars acting as keys for gates scattered around the map. If you don’t have enough stars for a certain gate, return to an old race and try to complete all the objectives. Rinse and repeat. While this does seem horrifically repetitive, the game offers three stages of difficulty against which you can test your mettle. 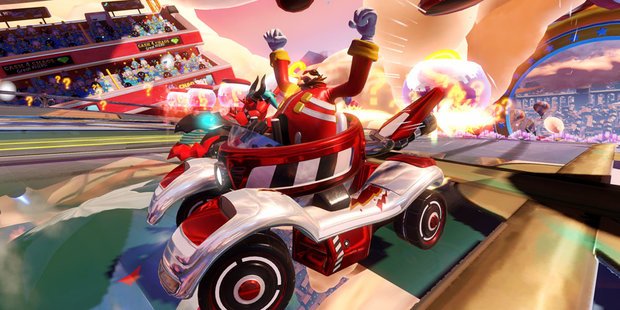 “Team Gameplay is an exciting and innovative addition to the genre”

You’ll take control of Team Sonic, Team Rose, Team Vector, Team Dark or Team Eggman, but that’s not all who make an appearance in the game. Wisps also return from Sonic Colors, and act as the game’s powerup system. Different wisps offer different abilities, such as homing rockets, the ability to steal other racers’ items and rings, and even a Bullet Bill clone.

Honestly, I wish the items had a bit more weight behind them. Some of them, such as the one that spits fire out of your behind, or the one that shoots a laser from your front, feel a bit weak and suited for certain situations only. However, the item sharing mechanic means that pawning these off to teammates is still beneficial in the long run.

Customisation is a big selling point of Team Sonic Racing. From the get-go, you’re given the ability to change several elements of your kart, such as the front of the vehicle, the rear, the wheels, the horn and the colour scheme. Each alteration you make to your cart has an effect on the overall statistics, such as handling, top speed, acceleration and the like, and you can actually feel these changes when you’re out on the track. 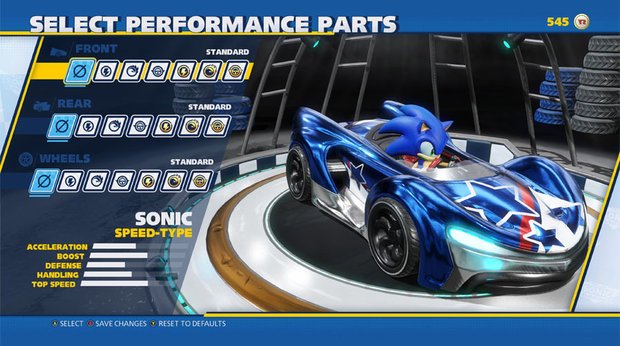 These modifications are obtained through mod pods, which are lootbox-like capsules that are bought using in-game tokens, that can contain either kart modifications or random boost boxes. The modifications you can pick up are divided into regular and legendary variations, with the legendary versions of these mods being covered in solid gold.

I don’t think they Augment much beyond cosmetic value, but you Midas well equip them – bragging rights, and that.

The tracks in this game are varied enough, coming in with a total of 18 different maps playable from the outset. While that may sound like a hefty number, these are divided into 6 separate worlds or zones; three apiece. These zones range from the likes of Seaside Hill to Glacierland, and while each is visually attractive in its own right, the maps featured are relatively forgettable, with maybe one map from each zone truly standing out.

That being said, the tracks themselves are refined and tight enough, so much so that will welcome new players, but will reward those who take the time to learn where they can shave vital milliseconds off their lap times. The sound design is solid enough – the title music is memorable and reminiscent of something out of Persona 5, which can only be a good thing. 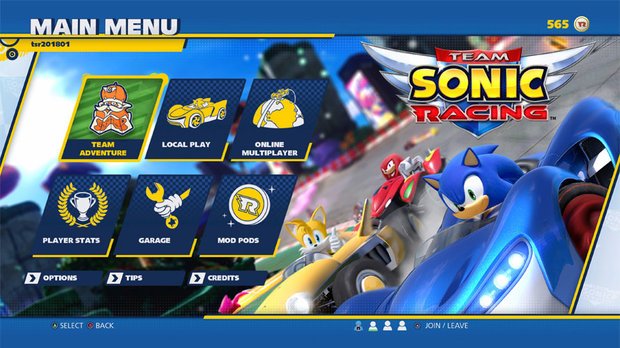 Team Sonic Racing brings an interesting dynamic to the kart racing genre. While its team-based gameplay offers a new dimension of tactics to players, it lacks refinement and ultimately doesn’t do enough to escape the shadows cast by other prolific kart racers.