At the E3 Nintendo Direct for Pokémon Sword and Shield (out on Switch on November 15) we learned about the Dynamax phenomenon for some Pokémon in the Galar region, and today’s new trailer for the game introduces a similar form called Gigantamaxing.

Gigantamaxing is a rare situation for certain Pokémon species, enlarging them and imbuing them with a special G-Max Move particular to that Gigantamax species that even regular Dynamax Pokémon can’t use.

Drednaw, Corviknight, and Alcremie are examples of three Gigantamax Pokémon, with formidable G-Max powers. For example, Drednaw’s Stonesurge causes damage to the opponent as well as any Pokémon entering the battlefield. Meanwhile, Corviknight’s Wind Rage similarly causes damage as well as removes effects of moves such as Reflect and Electric Terrain.

The trailer also shows off the Galar Region Pokémon League. Here you’ll collect eight gym badges (and get a special slightly customizable uniform, see below) after being endorsed by prominent people in the region like Chairman Rose or Oleana. Complete the Gym Challenge and you’ll be invited to the once-a-year Champion Cup in the region where you can take on reigning champ Leon and his partner Charizard. 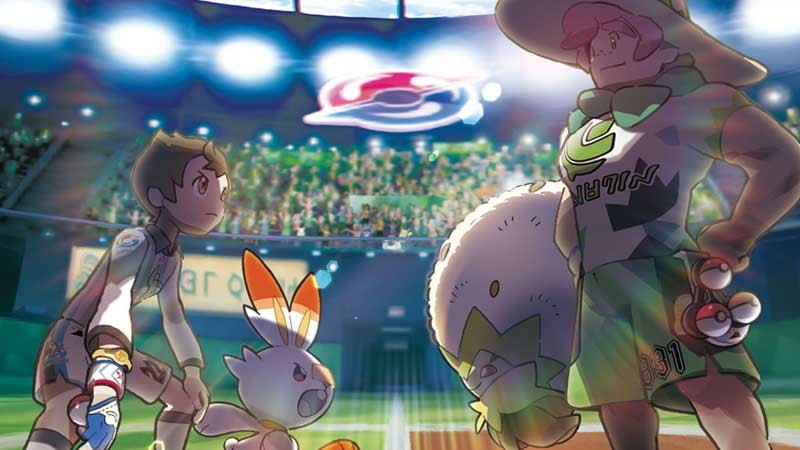 Nintendo and developer Game Freak have also announced a slew of additional announcements for Pokémon Sword and Shield, including each version’s exclusives. Sword exclusively features Pokémon Deino and Jangmo-o and Gym leader Bea, while Shield has Pokémon Larvitar and Goomy and leader Allister.

Meanwhile, take a look at more Pokémon of the Galar region, the pre-order keychain, the double pack of both Sword and Shield, and the digital version that contains a dozen Quick Balls that help you catch Pokémon if used early in battles.