Eredin Bréacc Glas – which means Eredin Green Trout in Irish, making the King of the Wild Hunt significantly less intimidating than his skull mask otherwise implies – is immortal. Like all of the Aen Elle elves, he can die in battle, but aside from that he’s like Legolas from The Lord of the Rings – he could be 6,000 years old and look like the cover model for Men’s Health.

This decision is seriously missing a trick. For those unacquainted with The Witcher’s timeline, Blood Origin is set 1,200 years before Netflix’s main series, which makes casting two separate actors for a character confirmed to appear in both seem fairly reasonable. The thing is, Eredin’s cruel visage is his whole character. This is the leader of the Red Riders, the regicidal usurper of the Tir na Lia throne who is synonymous with dread and death. It’s that aforementioned skull mask spearheading the Wild Hunt cavalcade that controls the gravitas of its horror, and by changing Eredin’s face and mannerisms, you’re sacrificing the authority of his consistency across centuries. 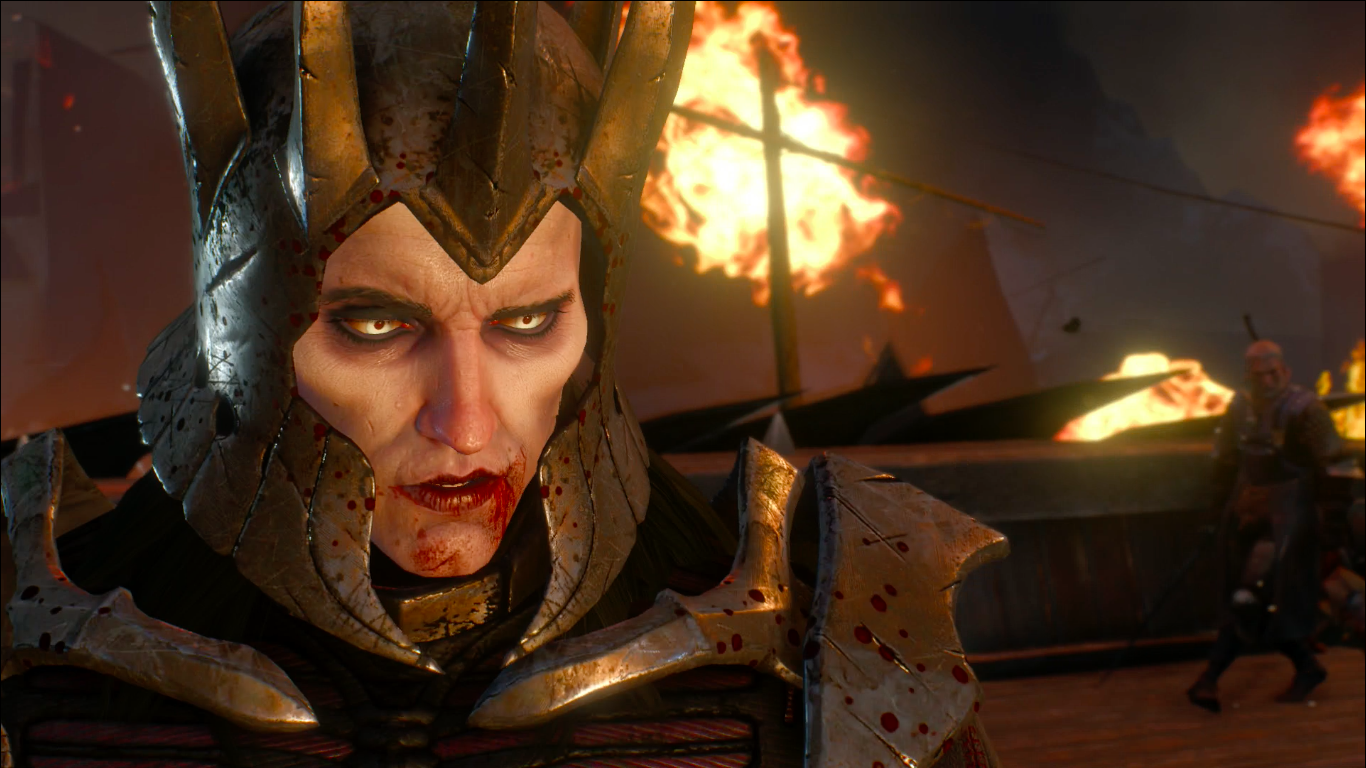 Don’t get me wrong, I’m very excited to see how and why Eredin plays into Blood Origin’s narrative. We know very little about Eredin’s earlier years, save for the fact that he led raid after raid on planets dotted throughout the metaverse. Prior to his assassination of Auberon, Eredin is basically just a very competent and cruel warrior, revered as the face of death itself in every sphere sufficiently aware to be afraid of his conquest. As he pushed on, both him and the rest of the Red Riders started to use magical illusions to make themselves look even more harrowing – this once again applies to the skull mask, though, as opposed to wrinkles or greying hair. Eredin’s youth is part of what makes him so fearsome – I mean, he’s from Tir na Lia, which is based on Tir na nÓg from Irish mythology, which quite literally translates to “The Land of Youth.”

Combine all of this with the fact that he was assigned his title as the King of the Wild Hunt – before becoming king of Tir na Lia – by the people he slaughtered as opposed to it being the result of self-proclamation and you can get a pretty decent image of Eredin without knowing much about him. In The Witcher saga and games, he’s primarily concerned with finding Ciri so he can conquer The Continent and colonize it for his people. That makes his appearance long before Ciri was born particularly fascinating, although that fascination is weakened by the fact we’re going to get different versions of him. I know people change – I’m 25 and thinking of myself at 18 makes me cringe. 1,200 years is a long time, but Eredin is not a man known for introspection or taking the back seat. After he gains control of Tir na Lia’s throne, the first thing he does is appoint Ge’els – the guy we meet in The Witcher 3 – as his unofficial regent. Why, I hear you ask? Because Eredin couldn’t give a rats about politics and wants to continue leading the Red Riders on every raid they go on. His capacity for violence is the most defining aspect of his character, alongside his ambition – both are instantly and importantly communicable by his cruel, constant visage. 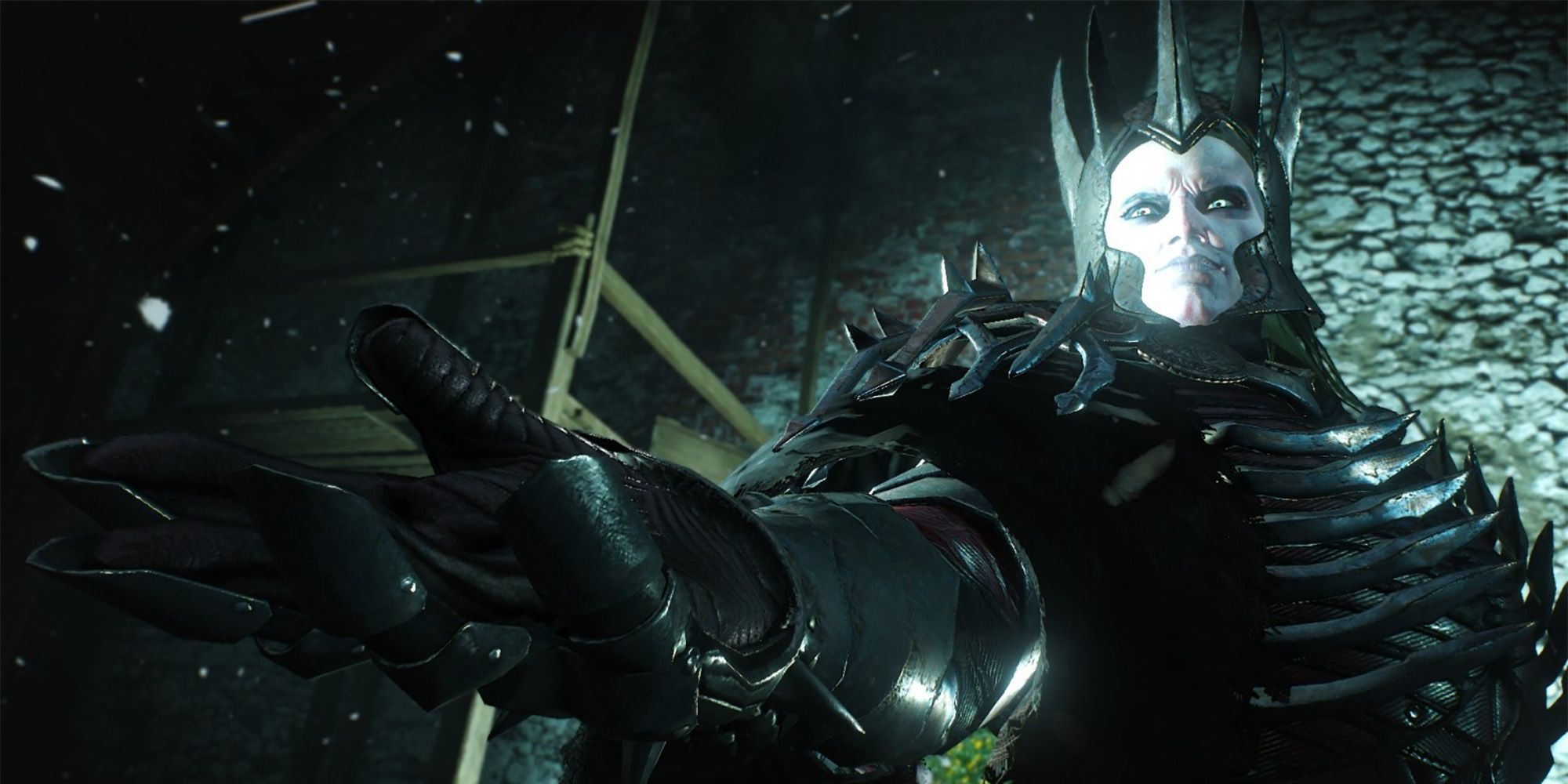 Maybe it has something to do with separating his spectral form from his real one. Because the Wild Hunt can’t just rampage into The Continent in force – this is why they need navigators like Caranthir, and why they want Ciri’s Elder blood in the first place – the versions Geralt and the rest of the squad see are just ghostly manifestations of their pure physical forms. It could be used to great effect if employed to specifically make comprehension easier – we see Eredin’s original form in Blood Origin, but in The Witcher season two it’s his illusory avatar, which articulates the difference between the two versions of him. I don’t understand why one would be older, though, and why you couldn’t just have Eredin in kingly attire in Tir na Lia and skeletal armour on the Continent, so even if this hypothetically makes sense, it falls flatter than the dirt beneath his horse’s spectral hooves.

I don’t know. Maybe it’s as simple as wanting to communicate that time has passed. I mean, sure, there’s over a millennium between the shows, and people will probably expect Eredin to have grown a grey hair or two over that time. As someone who is almost absurdly invested in The Witcher, though, I think showing the sheer intimidation and power of Eredin remaining completely unchanged over the course of 1,200 years is a missed opportunity. The cavalcade doesn’t age and it makes sure other people don’t get the chance to – that’s the whole point.