The original Vampire: The Masquerade — Bloodlines could not have been released at a worse time. In 2004, the ambitious but buggy role-playing game went toe to toe with the likes of Gordon Freeman, Master Chief, and Solid Snake only to lose badly. Lackluster sales caused developer Troika Games to limp away from the project more or less broken.

What has kept the game relevant over the years is its writing. Rooted in White Wolf’s sprawling World of Darkness pen-and-paper universe, Bloodlines is a deeply narrative video game. It allows players to chart their own course through a grim and morally ambiguous version of early 2000s Los Angeles. Its storyline is so highly regarded that it played a major role in Paradox Interactive’s decision to purchase White Wolf in 2015.

Vampire: The Masquerade — Bloodlines 2 is Paradox’s attempt at a sequel, currently in development by the team at Hardsuit Labs. Its narrative lead is none other than Brian Mitsoda, the man responsible for the storyline of that original game. Joining him is senior writer Cara Ellison, a former journalist turned games writer and a rabid fan of the original game.

Polygon sat down with both Ellison and Mitsoda last month to discuss their history with the Vampire franchise, and to talk about what’s to come for fans of the RPG. 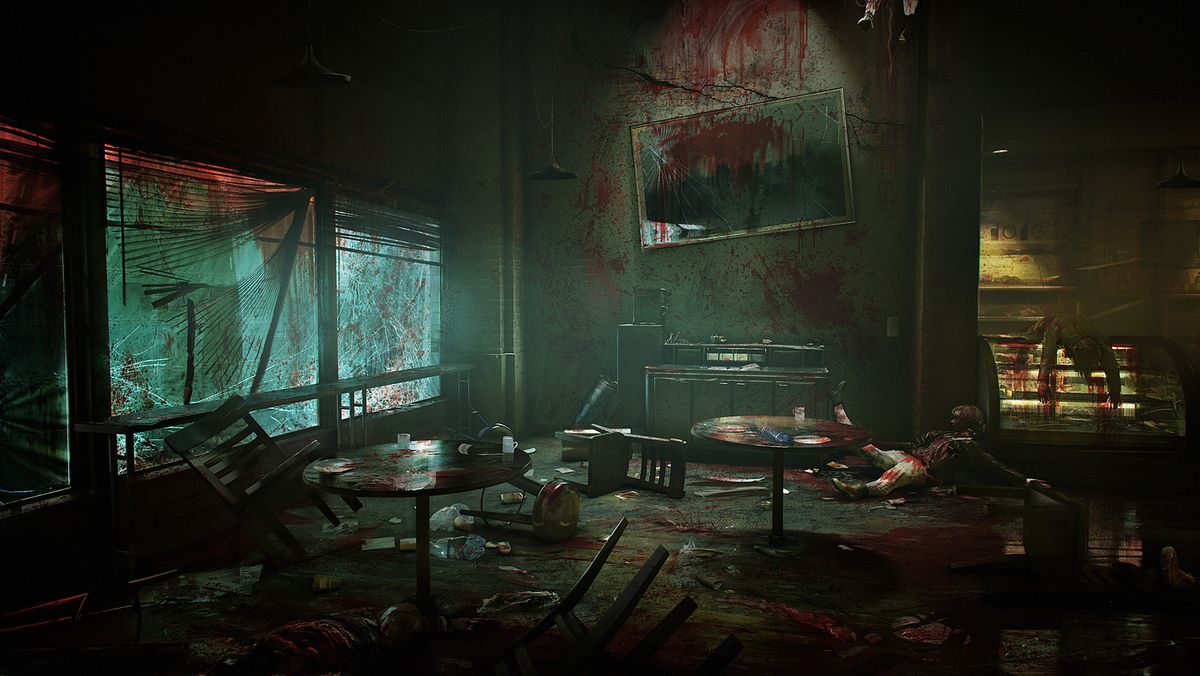 The aftermath of a gruesome event in the world of Vampire: The Masquerade — Bloodlines 2. The game will begin with a mass Embrace, the unsanctioned creation of many new vampires.
Hardsuit Labs/Paradox Interactive

“I got introduced to the world of Vampire when I first interviewed at Troika,” Mitsoda says. He’d previously worked at Black Isle Studios, makers of the Fallout and Baldur’s Gate series of RPGs. “What I loved about it was that previously all of Black Isle’s licenses were for Dungeons & Dragons, which was not my thing. It’s not just because it was fantasy, but because it’s very black and white. Very good and evil.

“What I liked about Vampire was that it was the real world,” Mitsoda continues. “It was this kind of hidden dark side of the world, and that you’re not playing a hero character in this. You’re playing a monster. And that to me is already different than every other RPG out there.” 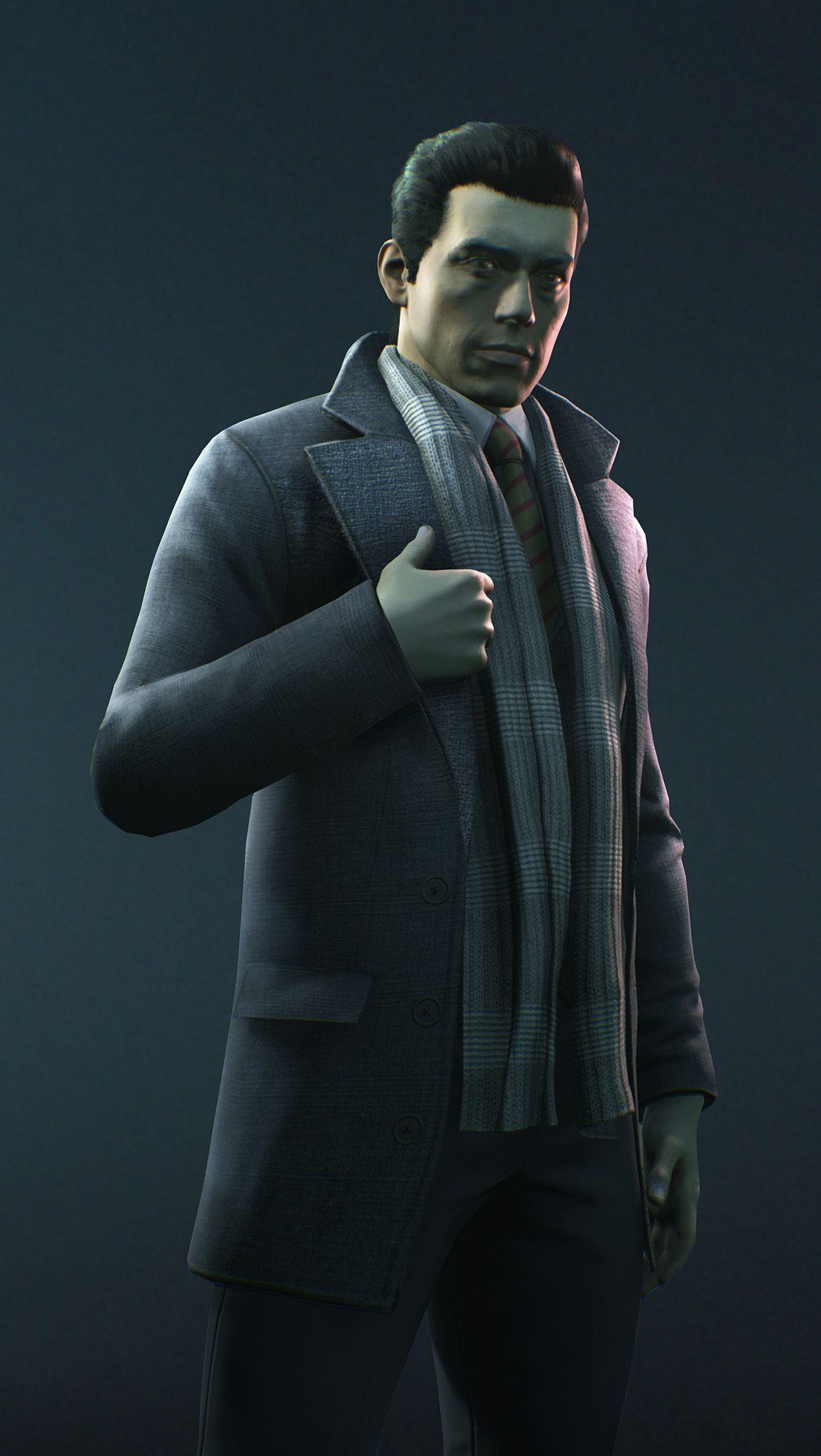 The Ventrue clan, known as the “clan of kings,” was only recently confirmed as an option for players in Vampire: The Masquerade — Bloodlines 2. Read more in our exclusive reveal.
Hardsuit Labs/Paradox Interactive

In White Wolf’s Vampire, players take on the role of powerful undead creatures with specific lineages. There’s the aggressive and iconoclastic Brujah clan of vampires, the brooding Toreadors, and the proud and aristocratic Ventrue to name just a few. Rarely do these vampire families get along. Their centuries-long conflicts play a major role in the game’s sweeping narrative arcs. Its more immediate and intimate struggles revolve around maintaining the Masquerade, the effort to delude all of humanity into thinking that the undead don’t actually exist. Social stealth is the name of the game, and only by blending in can individual vampires continue to exist.

The other major appeal of the Vampire franchise is that it’s set in the modern day. Bloodlines 2 will be no different, but its developers are moving things geographically north to Seattle, Washington. Mitsoda was quick to point out that his game has little if anything in common with the tabletop RPG. In fact, Hardsuit was pitching Bloodlines 2 to Paradox while the troubled tabletop version was still being written. The process gave Hardsuit Labs more or less free rein to take the lore in whatever direction it wanted.

“It was pretty much a blank slate for us,” Mitsoda says, “to build up and build out our corner of the World of Darkness.”

“We wanted to take the original Bloodlines as the template,” Ellison says. “We want to make a Bloodlines game, so we’re mostly just focused on what that means to us personally. We’ve created the entire world of Seattle from scratch.”

When Bloodlines 2 begins, players will take on the role of a newly-created vampire slowly gaining power alongside of an awareness of their new role in society. The source of that power is human blood, and finding hosts is a major gameplay mechanic.

But not just any blood will do.

“In our game vampires are looking for something called ‘resonance,’” Mitsoda says. “That means very strong emotional feelings in human beings. Vampires don’t really feel strong emotions so, in order to experience an emotion such as rage or desire, they have to get it out of people who have these very strong emotions already in their blood.”

Mitsoda says players might observe someone crashing their bike on a deserted street corner, then choose to swoop in and taste that pain. Later they might catch a pair of young lovers out for a walk, then follow one of them home to sample their desire. Depending on the emotional state of non-player characters, players themselves will be able to charge their passive and active abilities — powerful skills that will allow them to perform stunts in combat or influence social interactions. Only by finding the right kinds of resonance out in the wild can players build up their skills to meet their needs.

“You’re always kind of on the hunt,” Mitsoda says, “and it’s one of the big parts of the side activities in the game. You’re skulking around on the tops of roofs and looking around for people with strong resonance and figuring out how to best get them in a position where you can feed on them without breaking the Masquerade.”

That means players will need to spend a lot of time observing and tracking their targets, paying careful attention to their moods and their interactions with other NPCs. In other games that kind of voyeurism can be extremely passive. Think Watch Dogs and its overarching themes of big data being used against us. Rarely do games allow the player to be the voyeur and also act on that information in a meaningful way. Hardsuit Labs wants to change that. 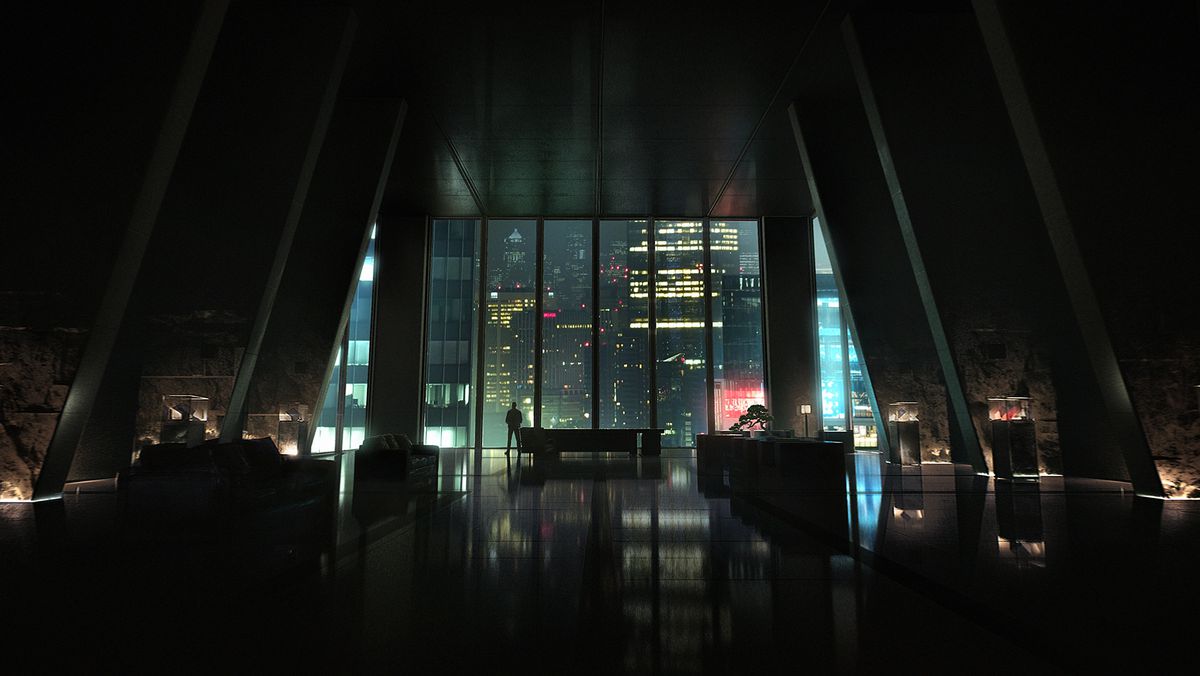 Ellison says that, with Bloodlines 2, voyeurism will be a key to the game’s unfolding and elastic narrative.

“We do look at it as if you can significantly affect the world,” Ellison says, “and one of the ways that we look at our world is that we are trying to make it really reactive to the way that you play and how you act as a vampire. The more that you break the Masquerade, the more consequences are going to come your way. The more that you’re out in the open, that people realize that there’s a fricking monster on the streets, the more afraid people get and the harder it is to feed.”

But voyeurism will also play into a unique series of side quests that Ellison herself is in charge of. As it turns out, the game’s main character isn’t the only newly minted vampire on the loose in Seattle.

“There are other vampires that have been made that night,” Ellison says, “and you can try to find them through the course of the game. Basically, I want to give you a sense of that person’s life, to allow you to say, ‘That could have been me.’ Essentially, we want to give you a variety of experiences in terms of what it means to be a vampire.”

“I’m really interested in investigating that transitional period,” Ellison continues, “of going from being a human into a vampire. What does that mean? What is vampire puberty like? […] What about the problems they had when they were human? Are they made better or worse by becoming a vampire? Do they bring a lot of their human problems with them? What are problems that are like unique to being a vampire?” 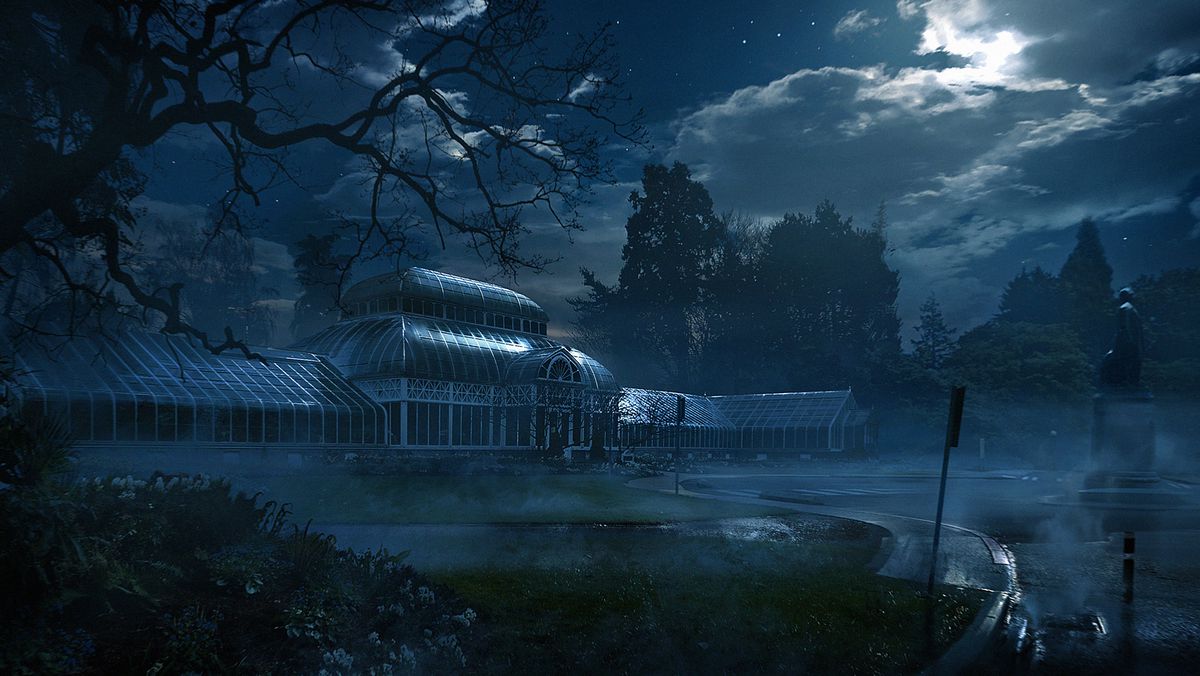 Mitsoda says Ellison was the perfect choice for this particular series side quests, narrative missions that will bring authentic human stories into an otherwise supernatural game. Ellison herself sees the task somewhat differently.

“I really like to write people who are very messy,” Ellison says. “I like to torture my characters. I like to make their lives worse in lots of ways, and I think this is definitely the game for that.”

Like any other RPG, Mitsoda and Ellison are crafting a kind of power fantasy. But maintaining the Masquerade isn’t the only complication that’s being baked into Bloodlines 2.

“We let you choose who you play as a vampire,” Ellison says. “We’re trying to make this a fantasy available to everyone. But there are also things in the World of Darkness that are more powerful than you, that are more scary than you. And you’re not always going to feel like you’re in control of your situation.”

The Ventrue clan returns for Vampire: The Masquerade — Bloodlines 2

For Mitsoda, the trick is making the world feel alive, not just lived-in. Like the original Bloodlines, he wants to give the impression that the narrative is always moving forward. It’s simply up to players to decide where they fit into the action.

“In a lot of RPGs, everybody is kind of waiting around for the hero to get there,” Mitsoda says. “Their whole life has led up to meeting you and telling you something important, and then they’re done. We’re trying to build a living world, and you have to have characters that feel like they’re part of a world, that they’re not just there for the player’s benefit.”

Vampire: The Masquerade — Bloodlines 2 is expected in 2020.