Making a list of the year's top ten games has never been easy for someone with a terrible memory like mine. It's even harder when the last two years seem to have blurred into some kind of weird pocket dimension. Like everyone, I had a rough time financially, mentally, and physically. But being offered a job at TheGamer was when things finally started going uphill. I know this may sound like brown-nosing or like I've been indoctrinated into a cult, but this job has changed my life. That, and the foreign exchange rate.

Before we get to the list, there are two games I wanted to briefly mention. Fights in Tight Spaces was one of the most compelling games I played this year; what can I say, I'm a sucker for tile-based strategy and martial arts. Halo Infinite was the first game in the series I ever played and l don't understand why people are blown away by the campaign.

If you managed to stick around after that hot take, here's how I spent my time in 2021. 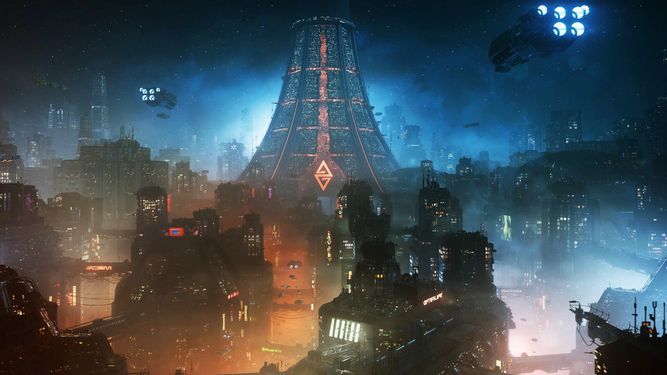 I don't know what it is about top-down, loot based games that hook me, but it's definitely game of the year material when it's coupled with a gorgeously detailed cyberpunk world like in The Ascent. With just 12 developers, Neon Giant has created one of the best portrayals of the futuristic clutter that the cyberpunk subgenre is known for.

But it's not just the world that keeps me coming back time and time again. The shooting is fun and the powers make you feel like a juggernaut. Of course, scaling a crowded megastructure to murder your corporate overlords is also a big plus. 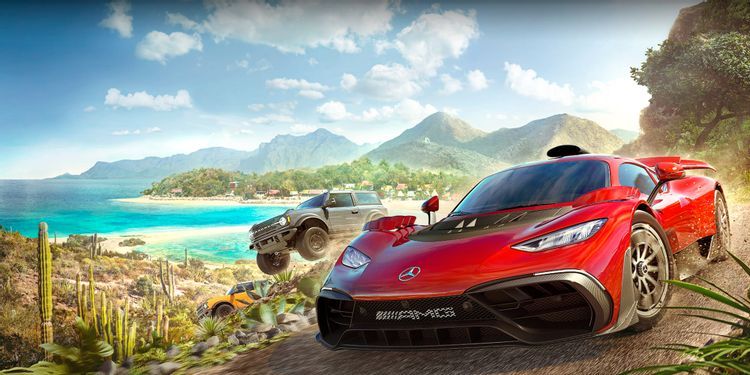 I've never been one for racing games, in fact I can't even remember the last car-related game I played. But what sets Forza Horizon 5 apart was that it's more of a driving game with racing included. This is the first game in the series that I actually stuck with, mostly because I could switch my car and the scenery in an instant.

For me, Forza was at its best when I was travelling long distances between missions, drifting around markers, zooming through speed traps, or barreling through the countryside like it didn't matter. It managed to perfectly capture the beauty of going on a joyride because its best moments were in the drive and not the destination. 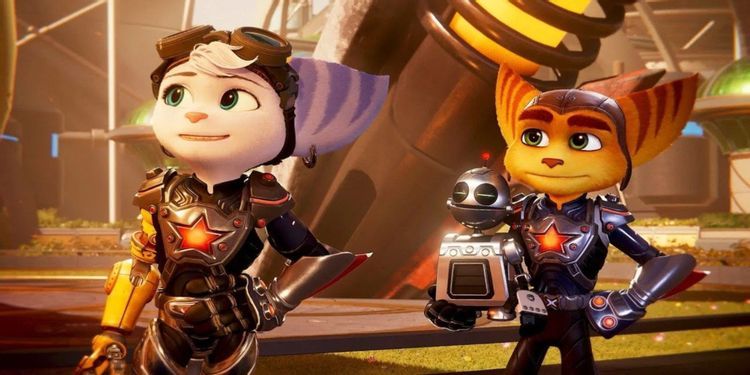 It's only been three months since I've owned a PlayStation 5, and Rift Apart was the first game I played on it. It seemed pretty run-of-the-mill to begin with, but I was immediately blown away after Ratchet went through the first rift. Whoever thought of the animation where the rift is pulled towards the screen is a genius.

What started off pretty generic kept evolving with new mechanics, weapons, and an engaging plot. Insomniac might have taken a cue from Doom 2016 by lowering the ammo capacity to ensure that players use every one of the game's whacky guns. Your arsenal, coupled with the jet boots, made for some fun and intense combat encounters. 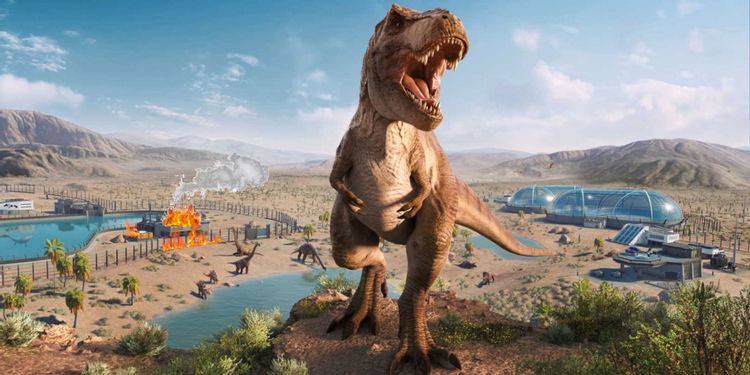 To this day I'm not sure whether I like management sims. But, this one had dinosaurs in it, so I decided to give it a go. The first thing that stood out to me was the sheer amount of freedom you're given to run your park. Sure, you need to cater to the needs of the public, but there's nothing stopping you from building your aviary in the shape of a giant dick.

Genitalia aside, the number of systems and subsystems aligned perfectly with my need to micromanage. You can take control of the jeep if one of your AI Rangers decides to take things a bit too slow. But as the movies taught us, running a dino park comes with its own risks. And that's where Jurassic World Evolution 2 puts your management skills to the test. Can you protect your patrons from a cyclone and a hungry T-Rex while trying to restore power at the same time? 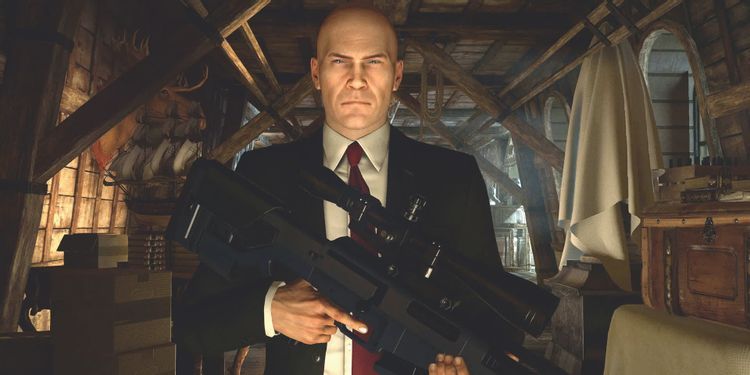 Agent 47's third outing in the latest trilogy started off the year with a bang. I'm obviously not a developer, but I couldn't see how you could improve upon the formula besides creating better levels; that is until IO Interactive found a way to do it. The Berlin level pits 47 against a whole group of agents in a crowded nightclub, as opposed to the usual single or double targets the entire level revolves around. We also got a chance to star in our very own whodunnit murder mystery, including a classic mansion and family full of tropes.

The final level made you forget everything you knew about the game, and allowed you to make your way through a train while murdering everyone onboard. Yes, you could stealth your way through it, but it felt like a good release after hours of sneaking around.

5. Marvel's Guardians of the Galaxy 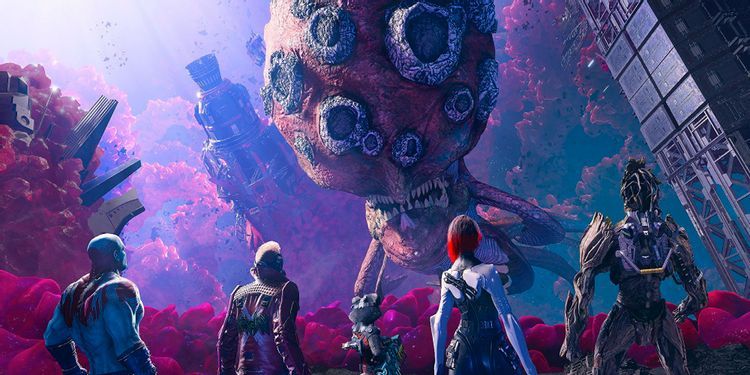 A lot of people will agree with me when I say that Guardians of the Galaxy is one of the biggest surprises of the year. Perhaps even bigger than the fact that Luke Shaw starred in it. The two biggest drivers for the game are its writing and its visuals. I was worried that the constant banter between the team, shown in the initial trailer, would eventually get annoying, but I was wrong. It felt organic and was even rather funny. The best moments were when the whole team would gang up on Peter because he messed up something.

I consider Marvel's Guardians of the Galaxy one of the best Marvel stories in recent history. It manages to introduce a plethora of characters, drop some major beats, and consistently stay funny while doing so. Going back to fight Fin Fang Foom after it was considered a terrible idea early on was one of my favourite gaming moments of the year. 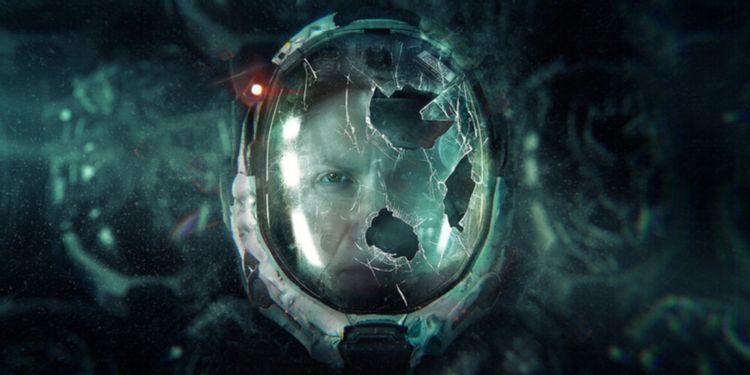 Returnal was my most anticipated game of the year and probably the main reason I accelerated my plans of owning a PS5. It had all the makings of what my friends would call a "perfect Vaspaan game" – roguelike gameplay, space-y weapons, Lovecraftian horror, and quick, nimble movement.

Returnal would have been my game of the year if gameplay alone had been the criteria. I'd sometimes go into a trance like state, weaving through mazes of glowing projectiles, all while getting my own shots in. As far as giving up because of difficulty goes, Returnal kept me engaged for much longer than I thought. But I have to admit, the only reason it didn't rank higher was because I would not have been able to finish it without the cloud save glitch. 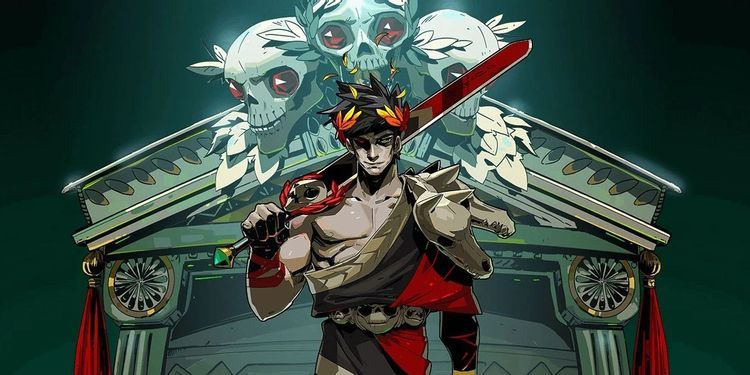 I cleared this with our editor-in-chief: Hades came to PS5 this year, so it counts. Also, it's an excellent game, so I'm sure no one will complain. Supergiant Games has been improving with each title it puts out. The studio's core tenants of art, character development, and awesome voice acting are the best they've ever been.

I've been a bit saturated with Greek mythology for a while now, but the writers' original story managed to keep me engrossed throughout. Zagreus doesn't have access to too many weapons, but the boons and upgrades make them feel different with each run. I'm thankful that I didn't have to fight Cerburus in the end though. It would have been heartbreaking after all those pets. 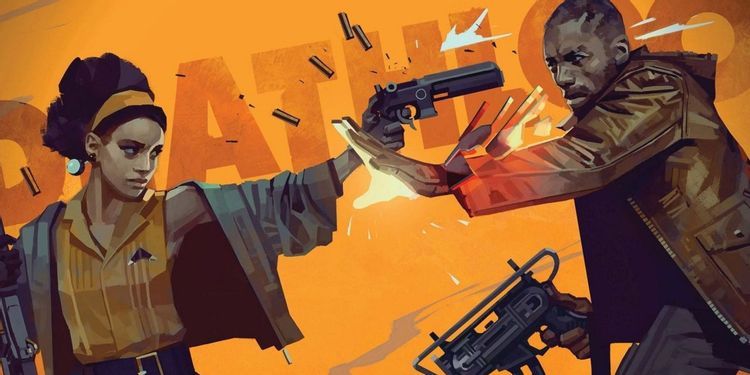 Now this game was stylish as hell. From the art, to the setting, and even all the rich evil people, Deathloop was one of the best looking games of 2021. But it also backed that up with great combat, a twisted story, and one hell of a time loop mechanic. There have been some arguments about the loop not exactly being a loop, but I think Arkane made a conscious decision to structure it in a way that would appeal to more players.

As I write this, I'm reminded of the number of ways I killed each of the Visionaries. Even though I followed a routine by the end of it, each kill was different thanks to a number of factors. And it was this unpredictability that kept me coming back for more. 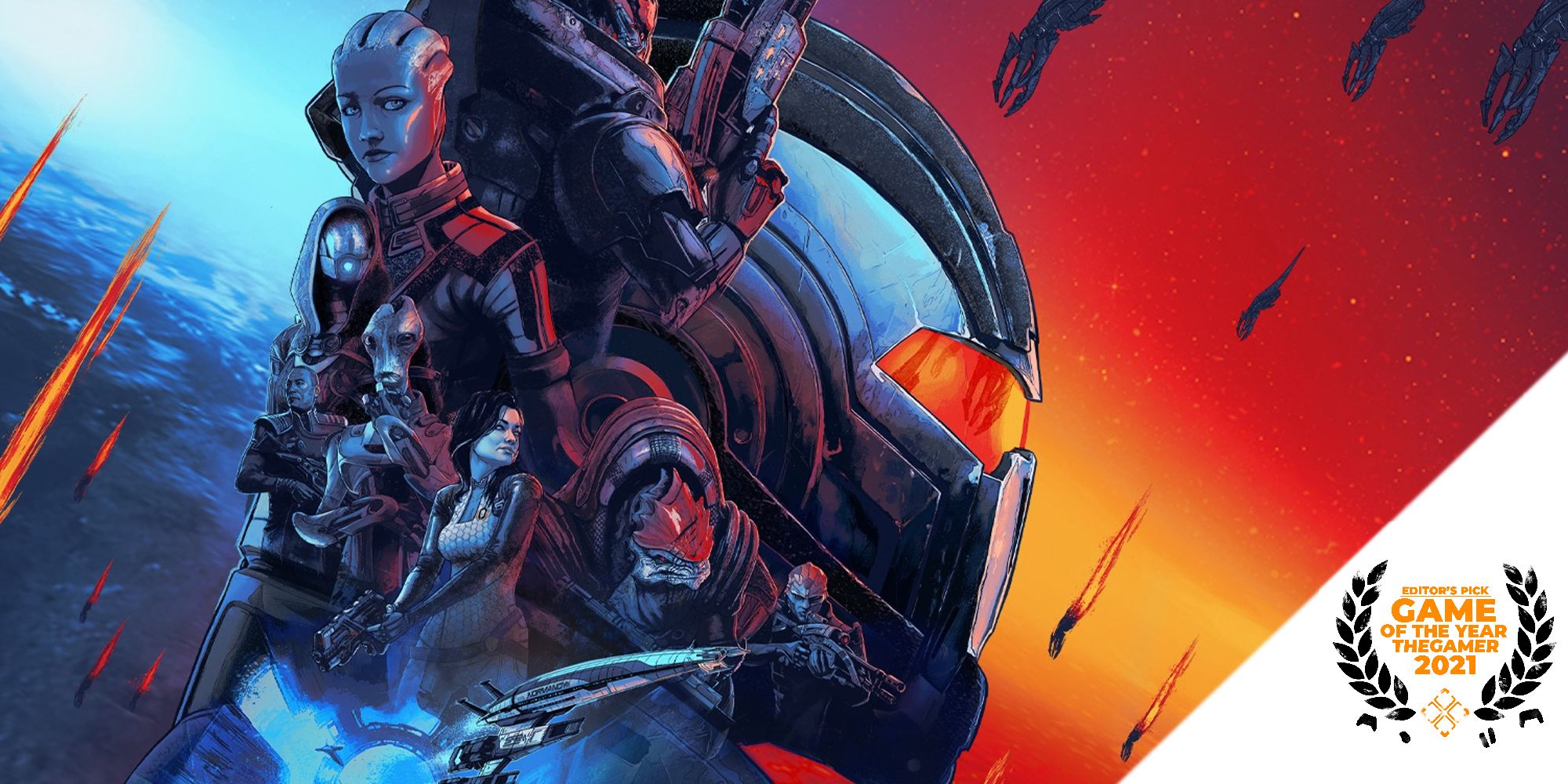 Yes, my game of the year is a remaster of a classic trilogy that launched in 2007. You think that's annoying? Wait till I tell you that I never played the classic trilogy. Anyway, there's not much I can tell you about Mass Effect that you haven't already heard. It's a series I always felt like I missed out on, and this was a chance to finally make things right. I won't go on about how great of a game it is, because you already know that, so instead I'll just tell you how it made me feel.

I played as vanilla John Shepard just so that I could be that guy from that game I never played. I felt like I was finally accepted into a prestigious club after being on the waitlist for years. And I finally learnt what it was like to build a camaraderie with your crew and save the galaxy aboard the Normandy.