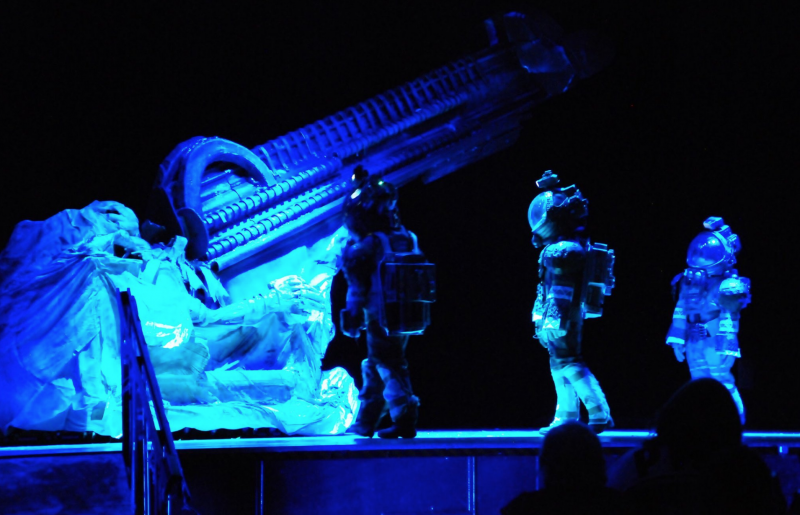 A New Jersey high school went above and beyond for its spring play put on by the drama club, by putting on an impressive adaptation of Ridley Scott’s classic sci-fi film Alien.

Speaking with Entertainment Weekly, North Bergen High School’s drama teacher Perfecto Cuervo says he is a “huge fan of the movie,” and that it took about two months to script the play. The school’s art instructor, Steven Defendini, also provided help with costumes and set design.

The play was performed on the March 19 and 22. It follows the plot of the film, and the students even managed to reimagine iconic scenes despite technical restraints, like the famous facehugger scene and when Ridley tricks the xenomorph to get out of the airlock. You can view videos of those scenes below, which were filmed by members of the audience.

I love that north bergen high school did alien last night as their school play, so I’m gonna keep tweeting about how great it is..everything was made from recycled materials .. so nuts amazing I’m so proud of my hometown pic.twitter.com/EEMEbankDz

It’s admirable just how much effort, skill, and dedication went into building this production. Even the creators of Alien took notice on Twitter.

We are impressed! 40 years and still going strong… https://t.co/NJGJIZj2oq

For more on the Alien franchise, read this news piece about how the upcoming Alien: Blackout is in the works.