Much like Batman movies, if you're not a huge fan of the web-slinger, the number of times Spider-Man has been rebooted can be a little overwhelming. If you're a little more involved, you'll know that there are so many Spider-Man stories to tell, even three actors in we've still only scratched the surface. Not to mention Tobey Maguire, Andrew Garfield, and Tom Holland have all brought incredibly different takes to the role of Marvel's most famous superhero.

The millions of us who will be watching Spidey flicks no matter how many times the series is rebooted were reminded of that in the best possible way through No Way Home – where all three Spider-Men met on the big screen and worked together to take down some iconic villains. Although Holland will be Spider-Man for at least three more movies, fans now want more from the old Peter Parkers. Particularly Andrew Garfield, since his return almost writes itself. Garfield's Spidey returning to his own universe where Venom now resides and knows about the hero.

What hasn't been mentioned much is what becomes of Maguire's Spidey? Granted, it has been a while since we unknowingly said goodbye to that first live-action take on the hero's story. Maguire also didn't pop quite as much as Garfield did in No Way Home. But Maguire still deserves his own loose ends to be tied up , and not just via a quick and emotional death scene in the MCU – as was one of the original plans. 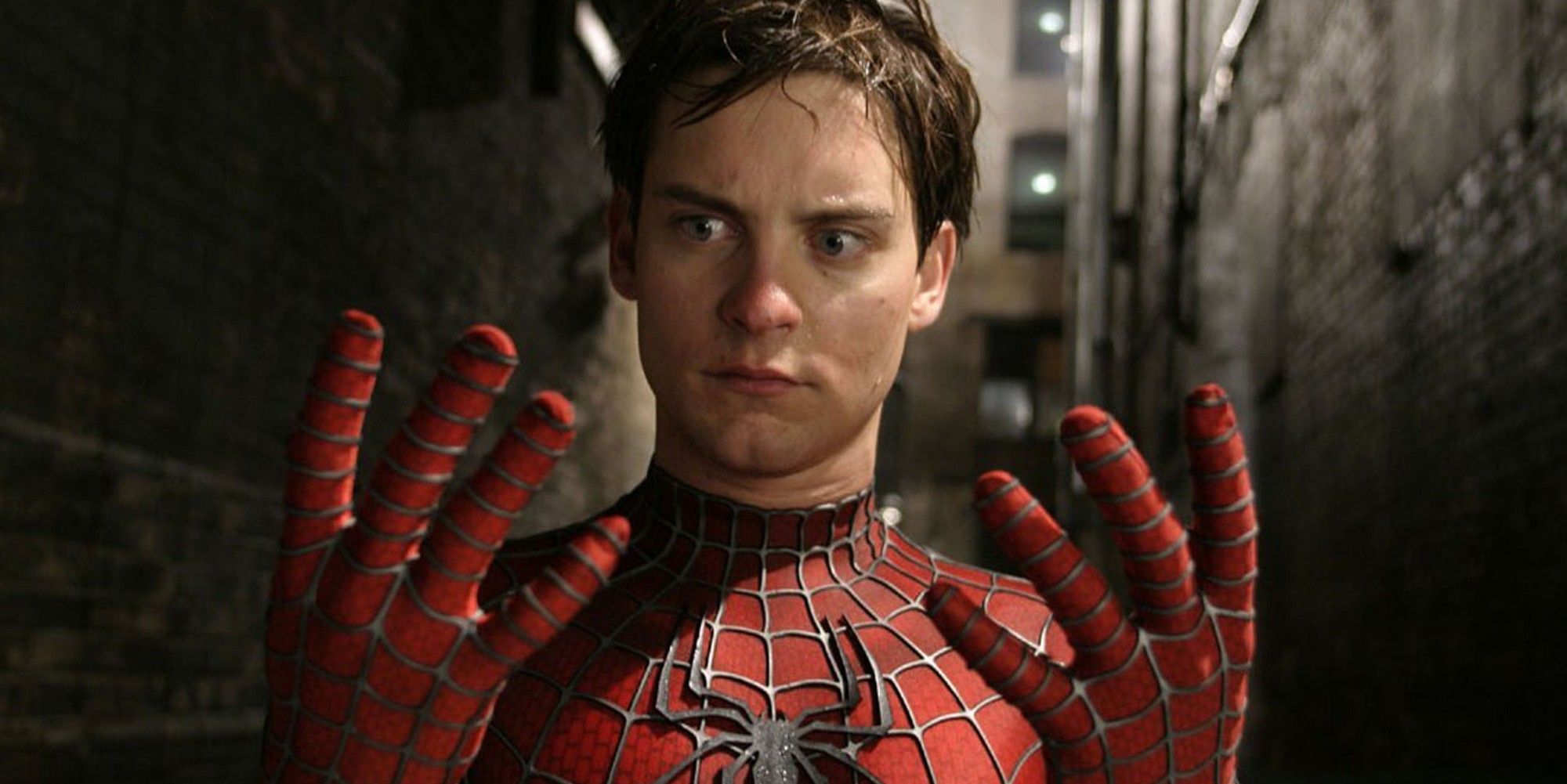 Sam Raimi, who directed Maguire's trilogy, has always been very open about the plans for his Spider-Man 4. The wheels were already in motion for a fourth movie back in 2007 with talk of Mysterio being the villain. Bruce Campbell, a close friend of Raimi, was rumored to be playing the role after having appeared as different characters in all three previous movies. The wrestling announcer in one, rude usher in two, and the French restauranteur in Spider-Man 3.

Mysterio might actually be the perfect foe for Maguire if he were to get one last Spidey movie. Jake Gyllenhal's Mysterio ruined Spider-Man's life in the MCU despite being defeated. A similar thread could be used for Maguire. Despite thwarting his own universe's Mysterio, the supervillain manages to take everything from him before meeting his demise. The murderer of Aunt May, perhaps even MJ. After all, Maguire's Peter doesn't talk about her all too much in No Way Home despite her prominent role in the original trilogy.

Much like you do with Wolverine in Logan, Spider-Man 4 could start by showing Maguire in a pretty dark place. No, not the dark place he was in when he bonded with a symbiote. Maguire won't be sporting a floppy fringe and performing dance routines in jazz bars. He'll be quietly going about his life, alone, his web-slinging and crime-fighting days left firmly in the past. Sure, he'll fight off a bunch of muggers should he happen upon them, but he isn't your friendly neighborhood Spider-Man anymore. 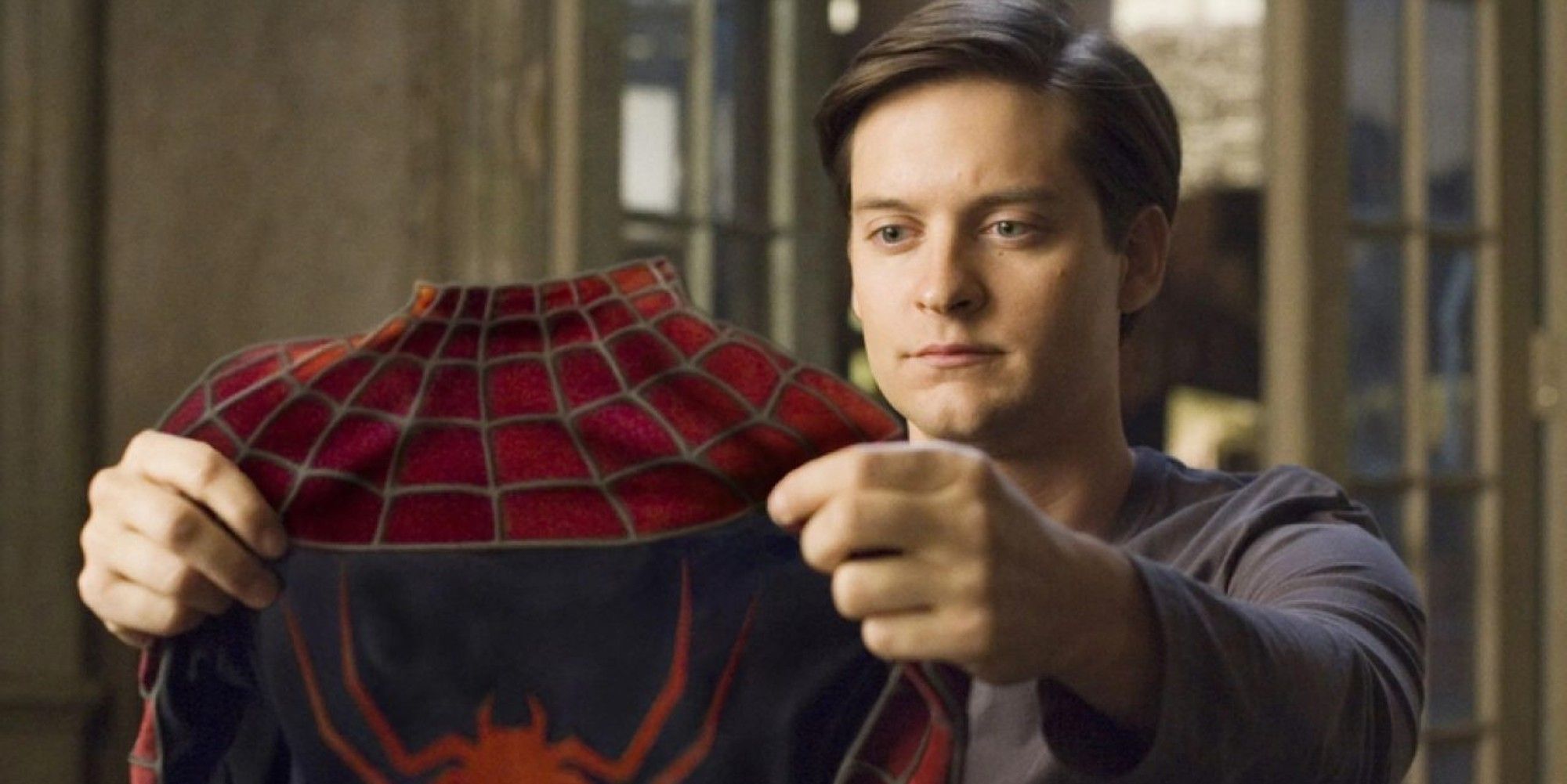 Enter the young co-star who will reluctantly drag Maguire out of retirement. There are a couple of options here. This could be how Miles Morales is officially introduced to the MCU. There's a connection there now, right? Plus The Multiverse Of Madness would suggest the cracks between universes haven't been fully sealed off. This gritty goodbye to the first Spider-Man many of us ever met is also set a few years into the future, giving Sony and Marvel the chance to hammer things out before Miles leaves Maguire's universe and makes his way to Holland's. Or, you know, there could just be two versions of Miles Morales. There are now three Peter Parkers, so it only seems fair.

The young pretender could also be Maguire's son. Again, very little was said about what happened to MJ. Almost from the moment she discovers who Spidey really is, it is constantly teased that the two of them can't be together. A flashback to Maguire telling her he can't be Spider-Man and be with her, and this time she'll never find him again seems pretty fitting for the narrative I'm arguing for in a fourth Maguire movie. It could also be implied that MJ's death was caused by Spider-Man's radioactive sperm if you want to get super dark with it. No, I didn't just make that up, that is really how MJ dies in one of the many Spidey comic books. As for what mini-Spidey's name, let's call him Ben if it's a boy or May for a girl because just like No Way Home, this hypothetical movie should make you cry as much as possible.

Maguire's offspring inherits his powers but has sought out their dad so he can teach them how to harness and use them. Maguire has to get back into the swing of things himself first, and although he is able to train up his protege, he's never as good as he once was. He's much older by this point, it's going to happen. Once trained, Maguire leaves them to it, making the case that he'll only make their life harder than it already will be as the next Spider-Man, or first Spider-Woman, just like he has to everyone else in his life.

Despite his powers being far weaker than they were years ago, Maguire shows up to save his child's life just in the nick of time as they tackle a particularly tricky boss. Carnage might be a cool option and one that will also give Raimi the chance to do right by a symbiote storyline after the mess that was Spider-Man 3 (sorry Sam, but you know it too). Maguire ultimately gives his life for the new web-slinger, exposing Carnage enough in the process that it allows Parker Jr. to easily finish them off.

The only problem left to tackle at this point is what to call this movie. Yes, it's inspired by Logan, but Peter doesn't really have the same weight to it as Wolverine's real name. Parker might work, but the best option to make sure everyone knows exactly what it is might just be Spider-Man 4. No matter what it's called, it should accomplish two things. Most of all, give Maguire the Spider-Man send-off he deserves after all these years. Secondly, as was demonstrated towards the end of No Way Home, some of Spider-Man's stories are meant to be dark, gritty, and ultimately pretty sad. Giving Maguire a fourth and final movie might well be the best way to do that for Spider-Man.