Last year, Activision resurrected theTony Hawk’s series from the grave, remaking the first two Tony Hawk’s Pro Skater games in one package with the same classic levels, a new wave of skating superstars, and the old soundtrack freshened up by Skepta and Machine Gun Kelly – what more could you ask for? Well, a lot of people asked for a Nintendo Switch port. Now that day has finally arrived, I’m here to report that it’s… fine. It’s okay. The game itself is excellent, and there’s nothing wrong with the Switch version per se, but it’s clearly not the definitive way to play the game.

Switch ports are a tricky business, because they’re never really going to be the definitive way to play a triple-A game. The Switch is the least powerful modern console on the market, so it can’t handle the beefiest experiences. THPS isn’t very beefy, mind, but it’s robust enough that you notice a difference between this and the PS4 version. Indie games that don’t need graphics might find their best home on the Switch thanks to the console’s portability, but for THPS, the Switch feels like a downgrade. It’s only minor, and if you only have a Switch and have been holding out for it, the game won’t disappoint. Nothing has been shorn off it to squish it down into the confines of Nintendo’s machine, but it takes longer to load and is a lot rougher around the edges. On levels like NY City or Downtown, you notice that things are significantly less sleek while you skate around. Docked is better than handheld, but I didn’t notice a huge difference between them on the more crowded levels.

The controls are a bit iffy too. The buttons on the Switch are smaller, and that obviously gets in the way of all the combo magic you need to pull off to get the Sick Scores and High Combos during the later levels. Oh, and JoyCon drift in a game where the two combo kings – grinding and manuals – rely heavily on balance? Not great. I took a huge spill on Burnside – yes I was cheesing the bowl, shut up – entirely because the stick started to drift. Don’t get me wrong, I lean into the arcade mechanics of Tony Hawk’s as much as the next person, and I’ve blown some big scores with bails after getting too ambitious with spins or tricks, but that’s all part of the fun. On Burnside – it happened five times across the campaign, actually – it was incredibly frustrating because the console itself has a very well known, very common, and very irritating error. 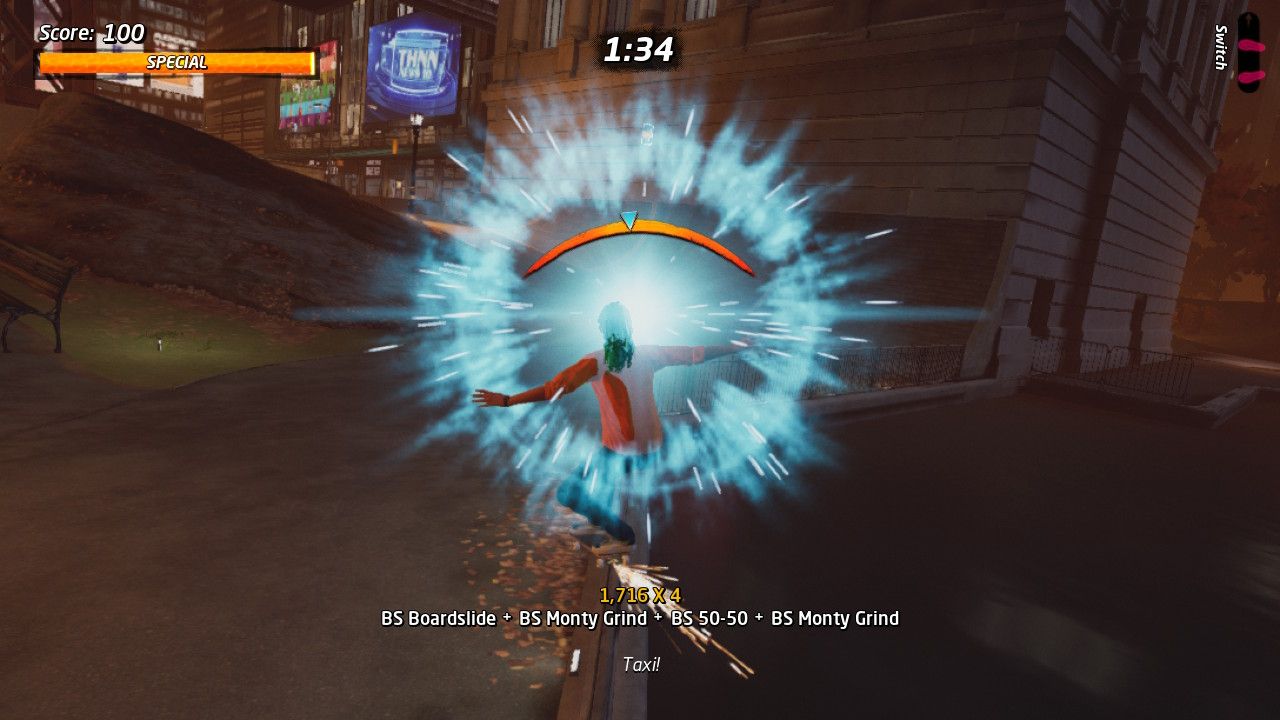 It feels harsh to hold it against THPS – it’s not the game’s fault the Switch has this issue – but it will be a determining factor in your enjoyment of the game. If you have an extra drifty JoyCon, proceed with caution.

Speaking of manuals, they felt like a huge addition to the remake. Originally, the first game had no manual at all, and the second had no revert, so you couldn’t trick into a manual – the remake added them in. However, on Switch, it feels like they’re missing still. The D-pad is too small on Switch and even when you hit it, you’re flipping a coin on whether or not it will work. And yes, it works on the sticks but I will not be addressing that further because stick manuallers are heathens. I bet you like Downhill Jam too, don’t you?

Despite these minor issues, the game underneath it all is great. Two full campaigns with lots of different challenges to complete, three different ways to skate and get stat boosts (Street, Vert, and Park), and a teeming roster of skaters new and old. I hate Downhill Jam, but I can’t argue it’s not well designed, it’s just a hellish experience from start to stop that never gives you room to breathe – and the rest of the levels each have their own sense of charm and personality that keeps you going back to them. 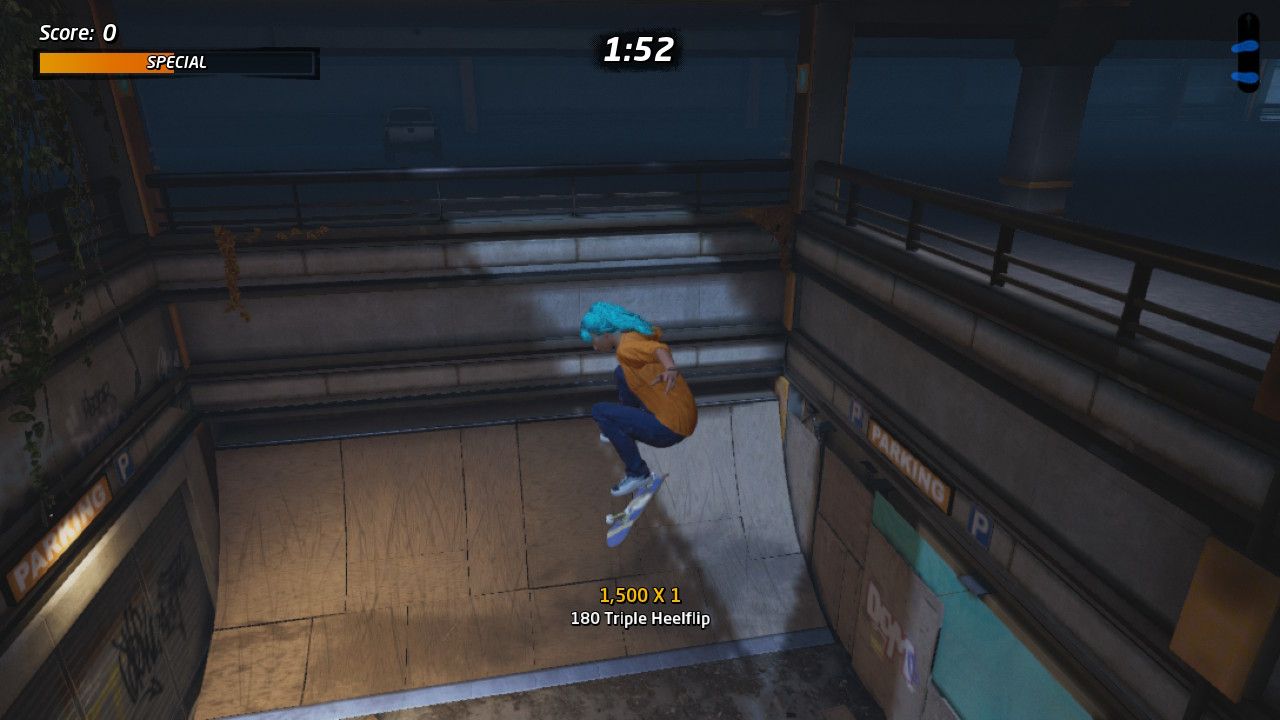 The only gripe anyone could possibly have about this game is that they personally prefer the narrative driven THUG and THAW games. I probably do too, but in terms of the raw THPS experience, this game has everything you need and more. Warehouse is the best opening level of all time, and you can spend hours in each park figuring out new lines. Tony Hawk’s Pro Skater 1 + 2 Remake is a magnificent game, and while the Nintendo Switch doesn’t offer the definitive version of the game, but it almost does, and that’s good enough for Jamie Thomas.

A review code was provided by the publisher. Score: 4/5