Last month, we got the opportunity to play a demo of Total War: Warhammer 3 for two hours, during which we were introduced to Creative Assembly’s ambitious new strategy game mode: Domination Battles. These battles are specifically designed to raise the scale and stakes of more traditional skirmishes in the Total War series, and are one of the core new features in Warhammer 3.

After playing through a single-player campaign mission pitting Kislev against Khorne – which you can read about in our full Warhammer 3 preview – we had a chat with Creative Assembly game designer James Martin and lead battle designer Jim Whitston. Among plenty of other things, we discussed how the concept of Domination Battles was born, as well as what the genesis and thesis statement of this all new version of Total War are.

“Domination Battles are our new multiplayer mode,” Martin tells me. “We really want to engage more with the multiplayer community. What this mode aims to do is to take away some of that intimidation that you might feel from a LAN battle where you’re just head on head and the matches can tend to snowball.”

Martin explains that Domination Battles are designed to provide area control objectives that enable you to interact with the map in new ways. On top of this, unit control is far more dynamic than before. On top of being able to bring back defeated units as fresh reinforcements, you’re able to totally revamp your roster in order to completely change the units at your disposal, which allows for a far more versatile approach to whatever challenges may appear in front of you. 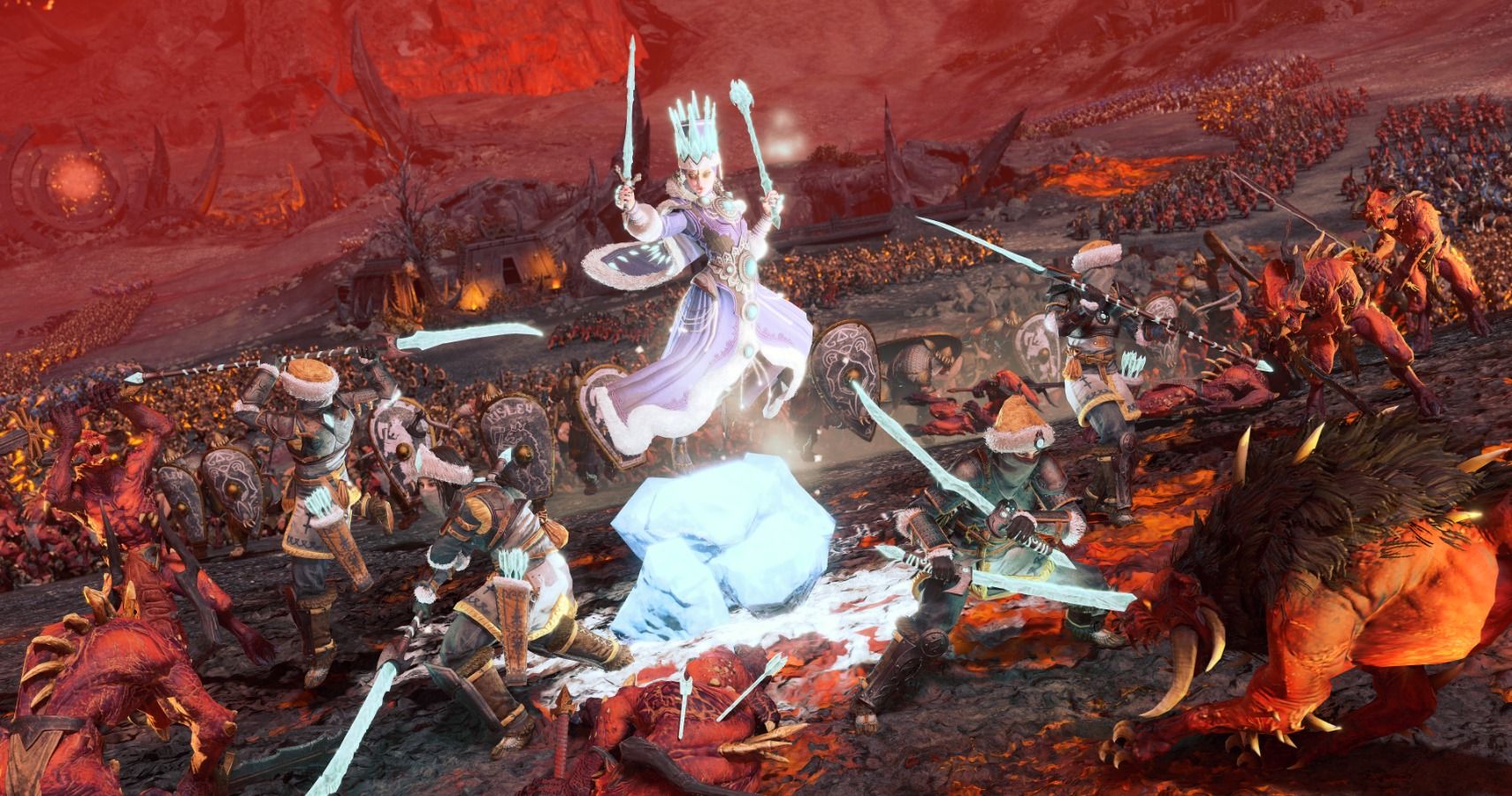 According to Martin, these changes were largely implemented as a means of getting more Warhammer players involved in the multiplayer community. Not only are Domination Battles designed for the sake of greater spectacle – they’re supposed to be both more approachable and more rewarding.

“It allows for greater versatility and gives players a greater chance of turning the tide of battle in their favour,” Whitston says. “We’re looking forward to going to a lot more depth on Domination Battles later on in our campaign.

“Within the context of the campaign, these battles take place at key narrative points, where players are invading the home realm of a Chaos God. We didn’t feel that our existing land battles – albeit they are already of an epic scale – would do full justice to nailing the flavour and the immersion of undertaking a challenge like that. What we wanted to do was really push the numbers of enemy units that you come up against, as you’d expect if you were entering that kind of realm.”

Whitston goes on to elaborate that the genesis of Domination Battles lies in the interplay between Warhammer’s traditional turn-based campaign and more hectic real-time battles, which is a combination at the core of the overarching Total War experience. This naturally led to changes in both the tools you are provided with and the layouts of the maps you use them on, creating a more complex ecosystem that is paradoxically more readily parsed. 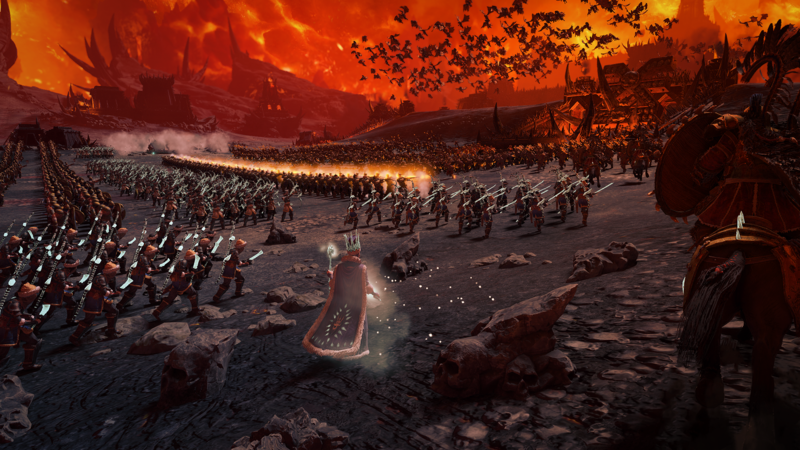 “We provided a wide range of tools,” Whitston says. “Barricades to funnel enemy units around the map, towers to whittle down their numbers before you come to blows with them, reinforcements that you can bring on to bolster the forces you’ve already brought in from the campaign, upgrades to increase their capabilities and replenishments to keep them all fighting at strength.” The list goes on and on.

All in all, Domination Battles combine various beloved aspects of Total War into a single cohesive mode that has been designed with intense care. From additional tools and weaponry to the seamless integration of the series’ different modes of combat, Domination Battles are a love letter to fans of the series designed to open up multiplayer for those who found it daunting before, as well as keep it enticing for veterans of Total War’s online component.

“Everything has come together for a more immersive feel,” Martin explains. “We’ve got these very detailed battle maps that have a lot of moving parts in them to make them feel alive. They really do stay true to the lore of the particular God that they’re home to. We needed that scale to show off the majesty of these gods. It all comes together to create that perfect experience.”