Funkoverse is off to a great start in 2021 with the first 2-pack expansion and the second Disney-themed expansion (after the unflappable Darkwing Duck). Alice and the Queen of Hearts present some interesting new wrinkles to the collectible board game, as well as a pair of surprisingly original new scenarios that might be the best ones yet. If you’re looking to add a little Disney magic to your Funkoverse collection, the Alice in Wonderland set is a must-have.

Funkoverse has always been exceptional at incorporating the themes and flavor of each new IP into the core game, and the Alice expansion is no exception. Alice’s core abilities allow her to shrink or enlarge herself in order to fight rivals or quickly escape danger. When using the Grow Large ability, Alice gets to do a Challenge 2 to all adjacent rivals and push them back one square. This is a powerful ability that can be used for zoning or to create space so that her team can easily reposition. When Alice uses the Grow Smaller ability, she gets to do a Move 2 through rivals and solid objects. Her third ability, Curiouser and Curiouser, allows Alice to move adjacent to any token she can see within three squares. This ability works perfectly with her trait, Follow The White Rabbit, which allows Alice to place the White Rabbit token in any square she can see and then move one space towards it when she is exhausted. These abilities work together to make Alice an extremely nimble character that can move around quickly and effectively zone any area she is in.

The Queen of Hearts, by contrast, is a surprisingly utility-focused character. All of her abilities play off of her special trait, Get to the Part Where I Lose My Temper, which activates any time the Queen sees a rival do an Interact or Assist. While Angry, the Queen’s abilities are altered in several ways. Her ability Off With Their Heads is a powerful Challenge 4, which has a three cost that gets reduced by two when she’s angry. Her ability All Ways Are My Ways lets her move herself one and an ally two, but if she’s angry, the ally then gets to do a Challenge 2. Finally, Her Imperial Majesty lets the Queen move a rival two squares in any direction. These abilities give the Queen a lot of command over the battlefield, and when she’s angry, she’s one of the most efficient damage dealers in the entire game.

Of course, it wouldn’t be an Alice set without some flamingo croquet mallets. This pack actually comes with two: a green flamingo weapon that allows the wielder to do a Challenge 3 and move the target one square, and a pink flamingo weapon that allows the wielder to move one square, then Challenge 3. They certainly aren’t the most exciting items we’ve seen, but visually, they’re some of the most fun weapons any character can hold, especially someone like the T-Rex or one of the Golden Girls. 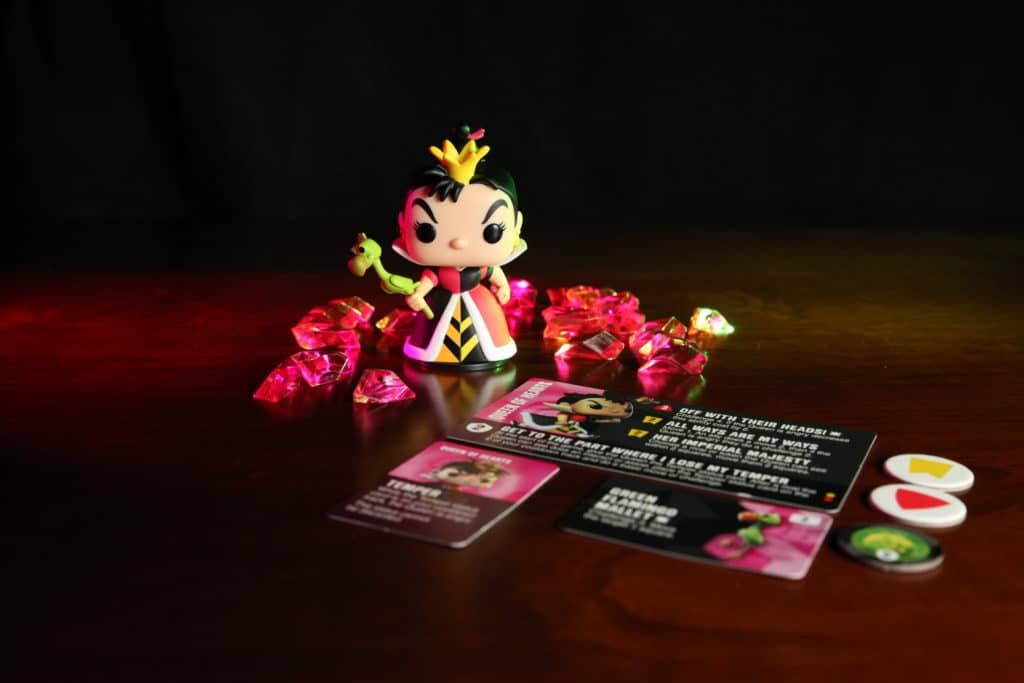 The set comes with a double-sided game board. One side features a full-size Croquet Court map, while the other is a miniature Tea Party map. While Croquet Court comes with the classic Territory scenario and Tea Party features Flags, the real stars of this expansion are the new scenarios, Croquet and Runners.

In Croquet, each time takes turns hitting a ball around the Croquet Court. The ball can only move in a straight line and must move exactly the number of spaces that matches the players roll. If the ball rolls through a wicket, the team that hit the ball gets a point. What makes Croquet such an interesting game mode is the way the balls interact with each other and other players. If you hit a ball into a rival, the ball stops moving and the rival it hit has to continue moving the rest of the way. This makes for extremely intricate turns where characters and balls can end up bouncing all over the game board in unexpected ways. It’s a surprisingly strategic game mode that puts a fun spin on the combat-focused gameplay Funkoverse is known for.

The other new scenario, Runners, is similar to other scenarios that feature team captains, but with a slight twist. Each team secretly selects a runner that is in charge of interacting with the point markers spread out on the table. The object of the game is to interact with five point markers (which represent clean cups to drink tea from, presumably) before the other team. Runners is a lot less involved than Croquet, but between the two, it’s the scenario I expect to see repeated in future expansions. 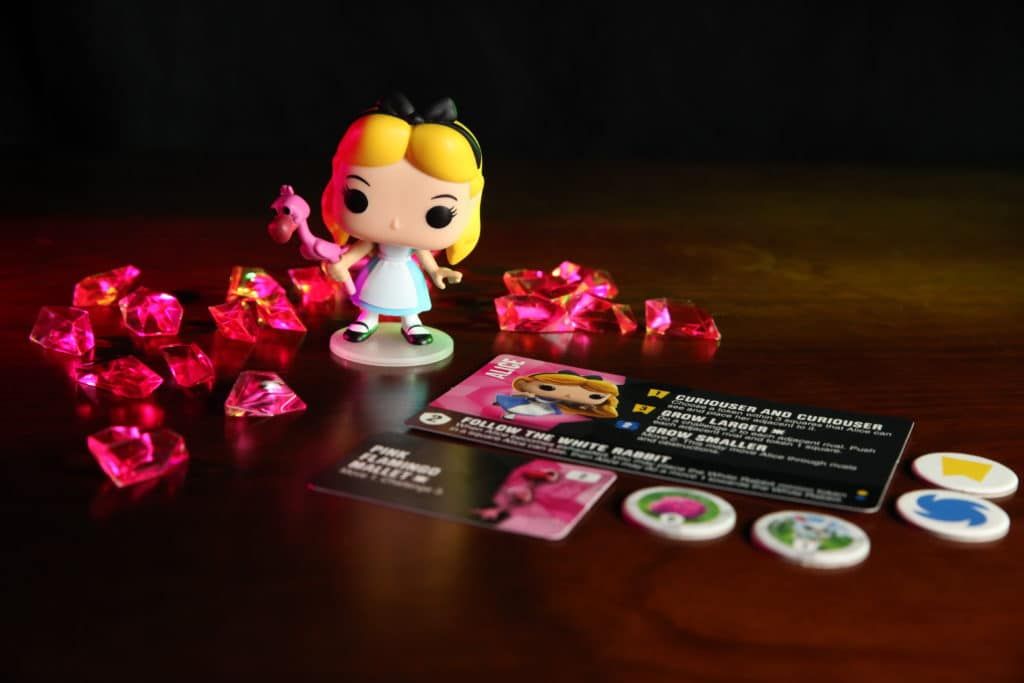 Alice in Wonderland isn’t a total game-changer for Funkoverse, but it is a quality expansion that adds a nice bit of variety to the game. While the Queen is a bit niche for my taste, I can definitely see Alice hitting the table frequently for any scenario that involves defending an area. The set also features an exclusive chase variant of the Queen with a sparkly red cape. The Alice in Wonderland 2-pack is sure to be a welcome expansion for all Funkoverse fans.

Next: Hands On With Game Of Thrones And Wonder Woman Funkoverse Sets 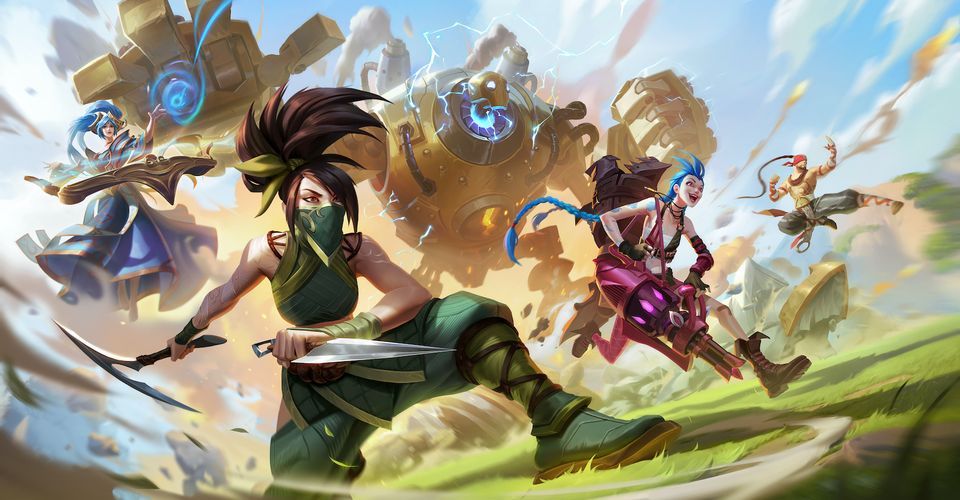