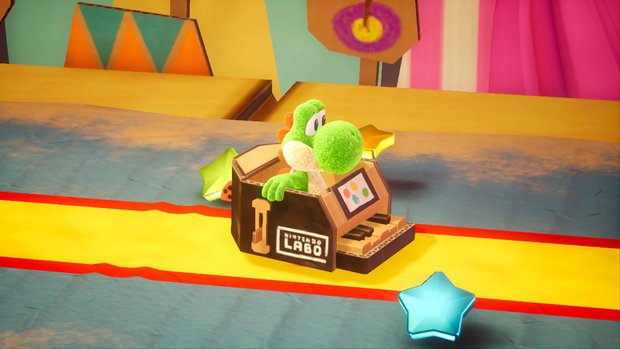 The game uses 2.5D design to its advantage, as you lead Yoshi through hidden paths and different challenges throughout the levels.

There are so many levels that going back collect the coins and flowers you missed doesn’t feel like a chore – if you leave a decent gap between completing a level and replaying it, at least.

There are bonus levels in which you collect ‘Poochy Pups’ and once you’ve located them, you can ride them like wooly little bull dogs: crashing through the many scenery and charging to the end of the level.

Now and again, boss battles will appear. This could see you take on a Tyrannosaurus Rex, firing eggs at its head as the stage moves forces you to hop on and off obstacles in the arena, or task you with following a dragon’s routine so you can easily hit it four times over.

There’s even a two-player mode, where the game really came into its own. Because the controls are so minimal, the Joy-Cons are a perfect way to use play this mode – each player holding one of the little pads side-on. In other games, this controller solution is awkward and finicky, but in Yoshi’s Crafted World, it works wonders. 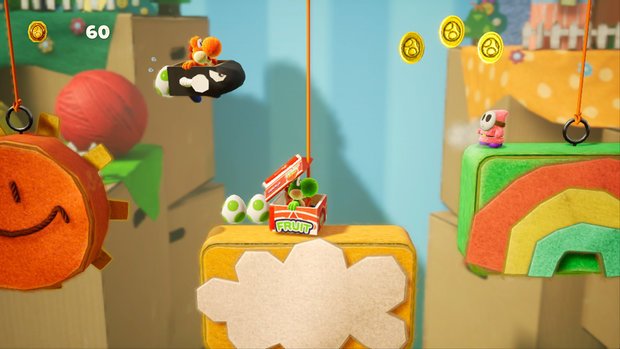 There is lots of variety in the levels and the inventive worlds, but there are times where the game simply drags.

You just want the level to be over, and when there’s a level that just goes on and on and on for so long, you end up just following the flowers to see whether you’re closer to the end.

It helps that there’s an easy mode (called Mellow Mode) to switch to if you’re struggling – but you won’t need it for the challenge. You’ll use this mainly if you want to finish the level sooner!

The costumes that you can collect and dress Yoshi in throughout the game don’t really add anything, mainly just for if you want to screenshot your Yoshi and post it to your social media of choice. 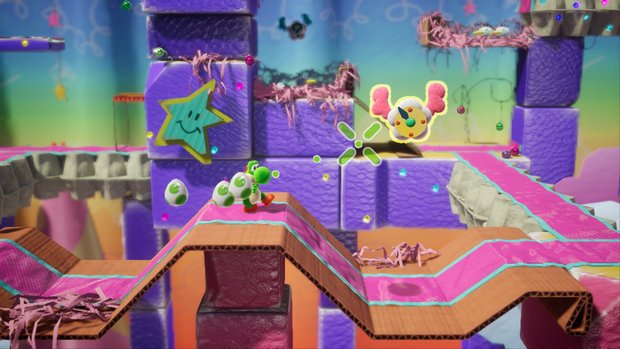 Eventually the last stages and the final boss await, and they’re interesting and fun, but by now if you’re anything like us, you just want to go back to the earlier stages and start collecting all the items.

Overall, the game is best played in short bursts, and it shines when in handheld mode.

But the costumes don’t really add anything, and sometimes you’ll come across levels that are just there to complete – they feel like filler, padding stuffed in this wooly wonder to fill it out.

But the innovation in paper crafts and the ingenuity in how the collectables are hidden makes you come back for more, and to see just how the next stage will surprise you.