Founded in 2014, Cardiologs has worked with physicians and cardiologists since its inception to develop a database of around 1.5 million electrocardiography (ECG) recordings, with deep learning algorithms leveraged to recognize patterns and diagnose heart conditions in patients more quickly. Readings garnered from Holter monitors, or ECG devices for tracking heart activity, are fed into Cardiologs’ system, which then displays analysis of the recordings. Cardiologs’ interface also highlights specific “episodes” for the cardiologist to check. 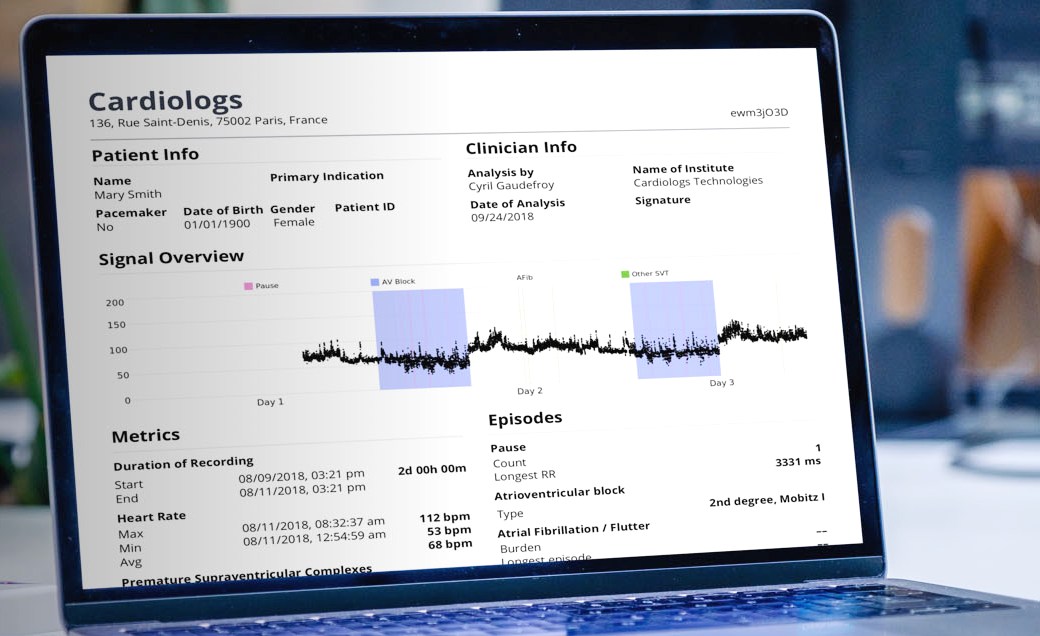 Cardiologs is mostly targeted at helping physicians screen for an abnormal heart rhythm known as atrial fibrillation (AFib). AFib is thought to affect around 33 million people globally and is associated with an increased risk of severe stroke and heart failure. However, Cardiologs said it’s capable of spotting more than 100 different kinds of cardiac abnormalities.

The startup gained regulatory clearance in Europe back in 2016 with one of the first deep learning-powered medical devices to achieve CE status and later attained similar certification with the U.S. Food and Drug Administration.

AI is infiltrating just about every industry, and the medical sphere is no different — it’s all about making sense of vast swathes of historical data, which is where machine learning comes into play. California-based Eko, which is working along similar lines as Cardiologs, raised $20 million just a few months back, while London’s Kheiron Technologies closed $22 million in funding for AI that helps radiologists detect cancer earlier.

Cardiologs had previously raised around $10 million, including a $6.4 million series A round back in 2017, and with another $15 million in the bank it plans to double down on growth in North America and Europe. The startup said it also plans to develop new integrations and applications for its technology.

“With its unique software built around a cutting-edge technology that blends deep learning with diagnostic clinical science and workflow, Cardiologs is already improving a traditionally manually processed industry to generate substantial improvements in the speed, cost, and accuracy of diagnostics,” added Alven partner François Meteyer. “This will be a key differentiator to build a new AI-based category in the cardiology field, democratizing the access to instant, reliable, and affordable expertise for every patient, every test, everywhere.”