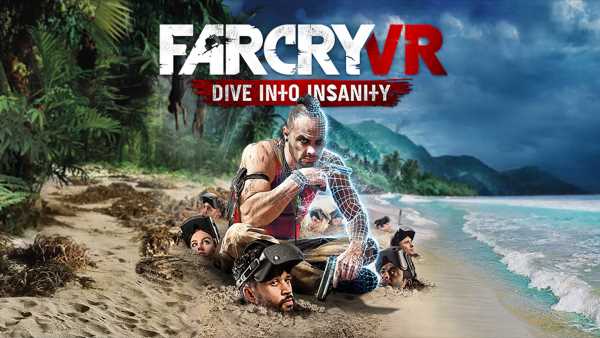 Update (June 10th, 2021): Ubisoft and Zero Latency today launches the Far Cry VR experience. The co-op shooter takes up to eight people to the world of Far Cry 3, and puts you face-to-face with psychopathic villain Vaas. The experience is said to take around 30 minutes.

Far Cry VR is now bookable across 50 locations in 23 countries. Check here to see if you have a Zero Latency location nearby. The original article, along with updated trailer, follows below:

There’s not much info yet on exactly what the experience will entail, beyond Ubisoft saying that “the game will take a group of up to eight players back to the Rook Islands, the setting of Far Cry 3. Captured by Vaas and his henchmen, players will explore the island and fight for survival together.” Far Cry VR: Dive Into Insanity is due to release in 2021. The announcement is interesting for two reasons. First, the VR arcade scene has been hit hard by the Coronavirus pandemic; though the game won’t launch until 2021, Zero Latency appears to be making a sizeable bet that things will be back to normal by then, and that players will feel comfortable going out and donning VR headsets and backpacks used by the public at large.

Second, Zero Latency has traditionally done its own game development, much of it impressive in its own right, and the same for Ubisoft under its brand Ubisoft Escape Games, which has made at least three VR arcade experiences based on Ubisoft IP. At this time it isn’t clear if Zero Latency is merely licensing the Far Cry IP, or if there’s a deeper design collaboration between the studios.

Interestingly, a Far Cry 3 VR experience was among several VR prototypes that Ubisoft built way back in 2015, when VR was still in its ‘dev kit’ era. Whether there’s any development heritage there—or if it’s a just a coincidence—is unknown at this point.