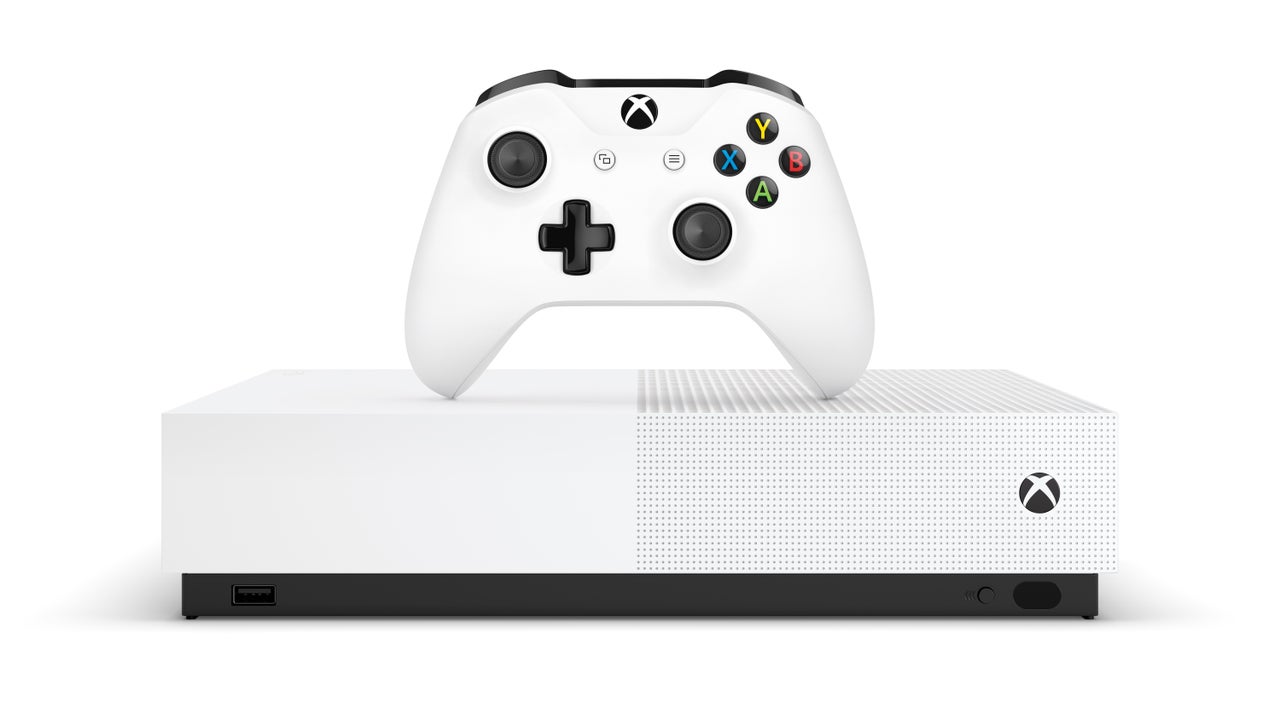 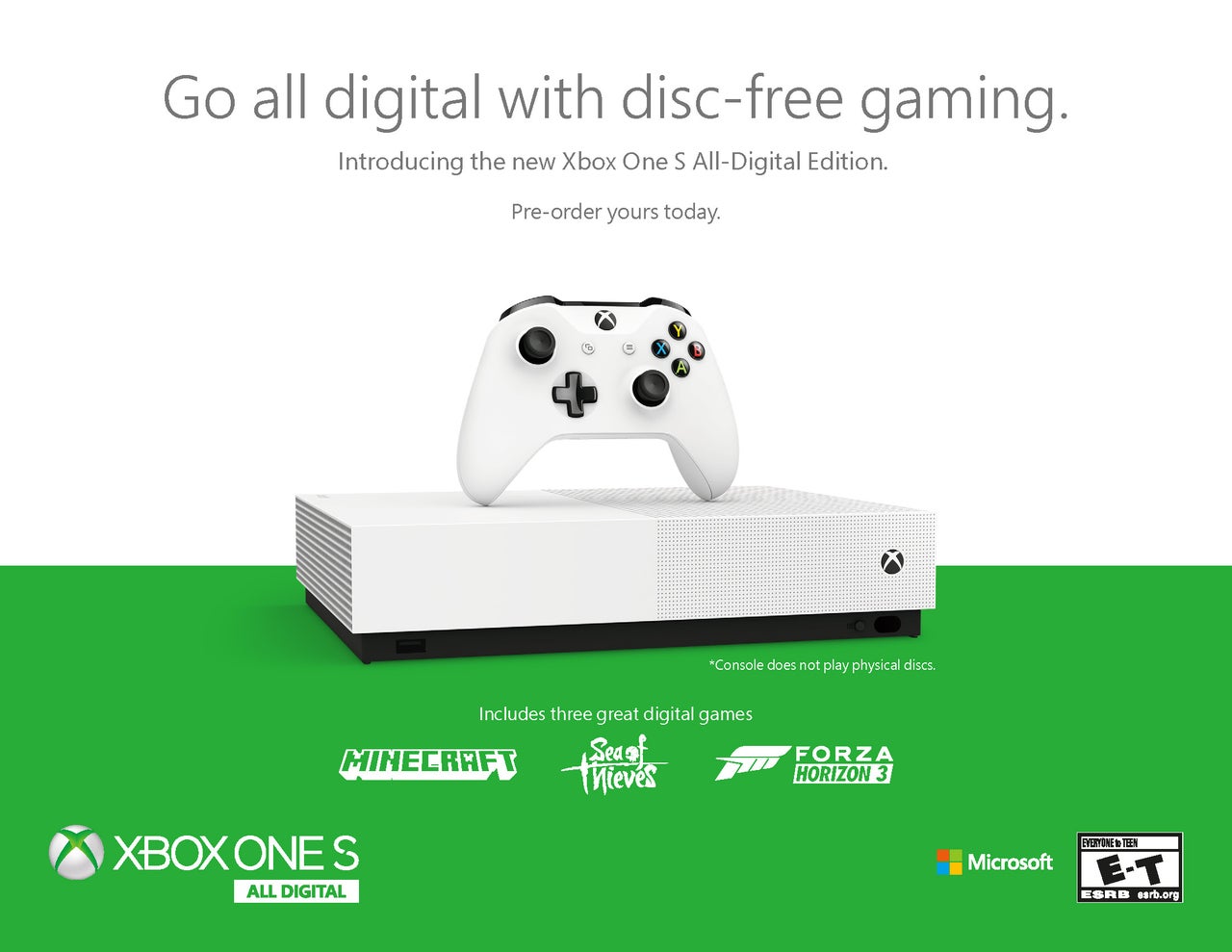 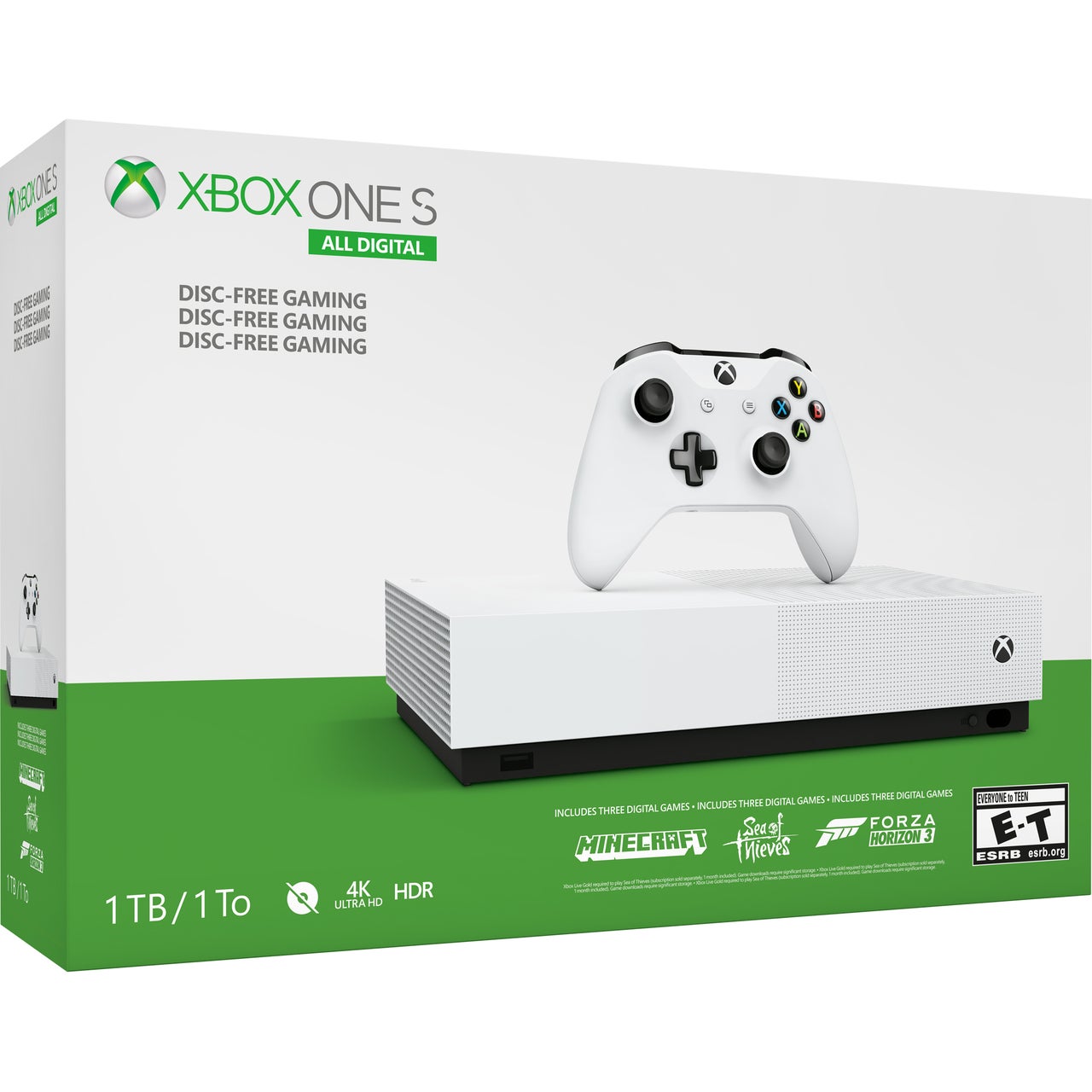 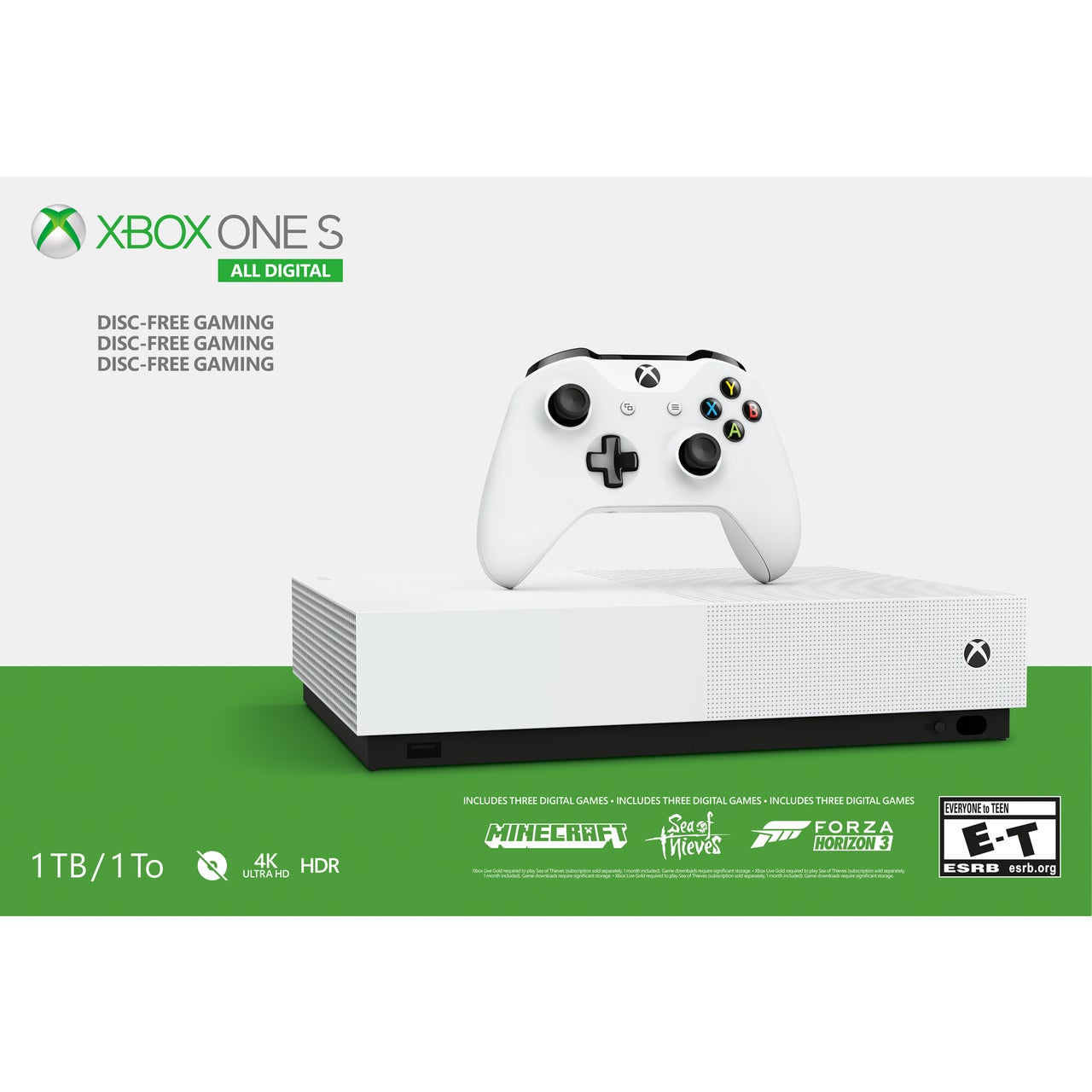 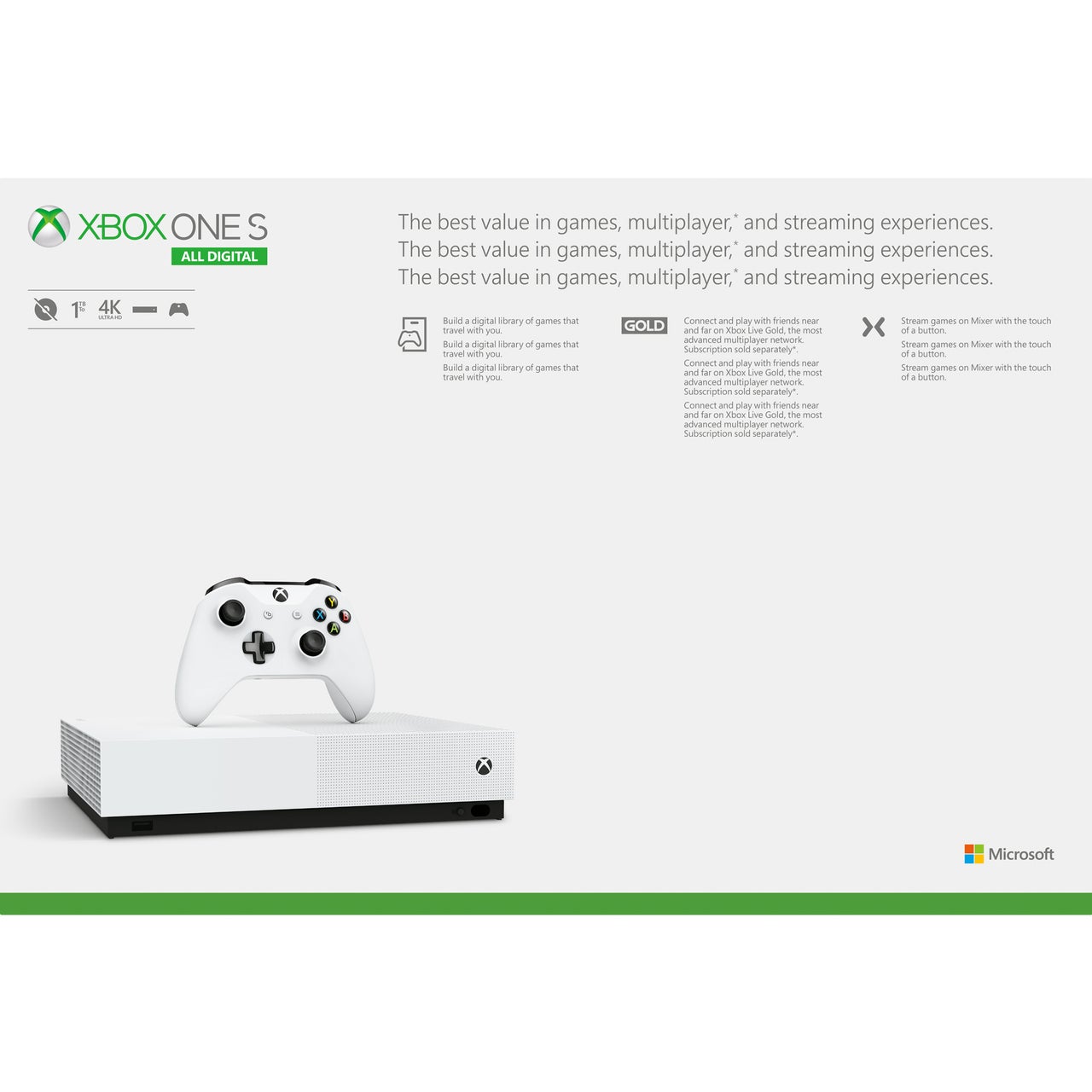 The Xbox One S All-Digital Edition will retain the form and all the technical specifications of the Xbox One S, including the 1TB hard drive, but will also include digital download codes for Minecraft, Sea of Thieves, and Forza Horizon 3. In the mean time, Xbox One S All Digital preorders are starting to come online at most major retailers.

“The Xbox One S All-Digital Edition is $50 USD less than Xbox One S and we expect to maintain at least this price difference between the two consoles,” said Jeff Gattis, General Manager of Platform and Devices Marketing at Microsoft. “As the Xbox One S All-Digital Edition is designed to make console gaming more accessible to more people, especially for new customers that don’t already own a console and want access to the complete Xbox experience without investing in one of our other options, Xbox One X or Xbox One S.”

“Functionally, the Xbox One S All-Digital Edition is just as powerful as an Xbox One S – the only difference is that it does not include an optical disc drive and cannot play disc-based media,” said Gattis. “It shares the same dimensions as an Xbox One S to help maintain the most affordable price point in the Xbox One family of devices, especially since changes that affect the form of a console can be complex and costly.”

Microsoft also recently announced its E3 press conference details alongside the Xbox Game Pass Ultimate subscription, which bundles Xbox Live Gold service and Xbox Game Pass for one price. Additionally, the newest wave of backward compatible games coming to Xbox One might be the best ever.

In other Xbox related news, Head of Xbox Phil Spencer recently revealed he’s playing Destiny 2 and Crackdown on Project xCloud, Microsoft’s upcoming game streaming service. He also revealed that some of the new Xbox Studios will have “things to show” at E3 2019.

Brandin Tyrrel is IGN’s Xbox Editor. You can find him on Unlocked, or chat over on Twitter at @BrandinTyrrel.